Owning a rare and exotic supercar is a unique feeling, there isn’t much like it out there. Some of these cars have extremely high monetary value, while some are so valuable that you can’t express their worth through money at all. It’s all fun and games until something goes wrong. This is probably the worst nightmare of any insurance company in the world. It’s one thing to crash your VW Passat, but crashing a Pagani Zonda? Most insurance agents will wince by even thinking about it. Unfortunately for all parties involved, these things happen, and we’ve selected 13 most expensive, and insane car insurance claims on the records. Prepare to be shocked. 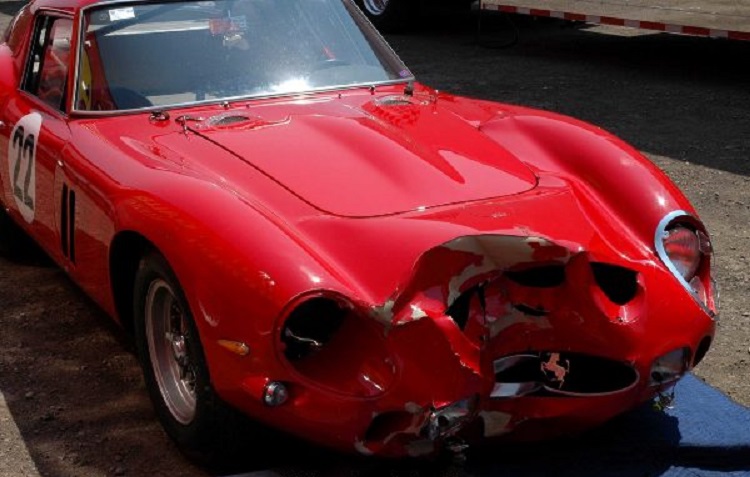 Owner of this unfortunate Ferrari 250 GTO suffered what we can only imagine is the worst day of his life when lost control of his prized possession, and crashed it into another car. This happened during a historic race, and was really not the fault of our unfortunate 250 GTO or its driver. In the end, the car that was valued at $35,000,000 is now just an expensive heap of metal. While we don’t know exactly how much the insurance claim was, we can only imagine the face of the insurance agent who received that phone call. 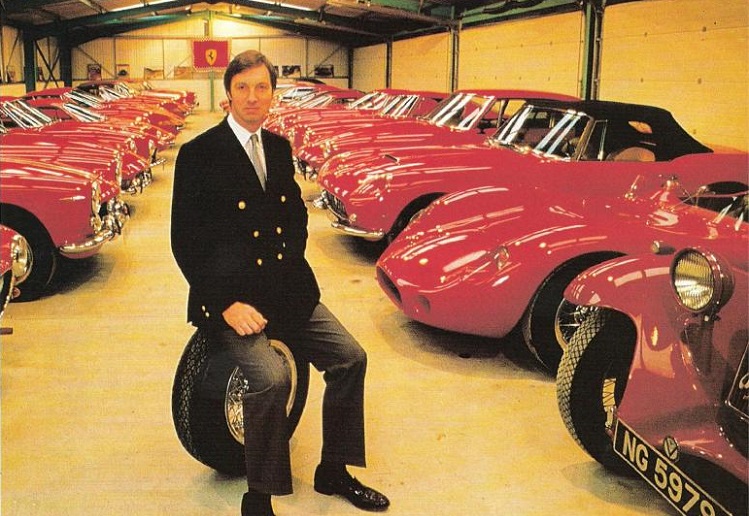 Lord Brocket was known for his extensive car collection, among other things. He was a proud owner of 1952 Ferrari 340 America, 1955 Ferrari Europe, Ferrari 195 Sport, and 1960 Maserati Tipo Bird Cage. Fortunately for us, the car fans, these awesome cars are fine. However, Lord Brocket tried to get an insurance claim on all of them by telling the authorities that his cars were stolen. He received $6.8 million in compensation before police arrested him for insurance fraud. 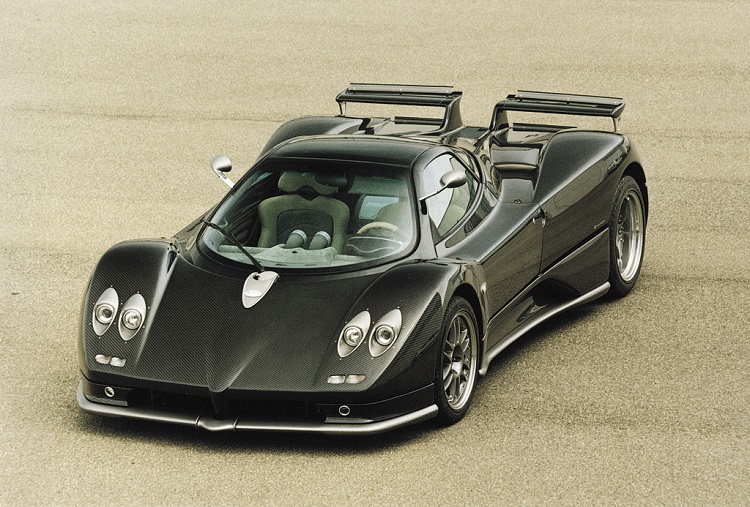 During his visit to London, Andy Danso, the body guard of a famous Chinese businessman, was test driving a very expensive Pagani Zonda S. Everything went well until Mr. Danso pushed the car further than he could manage, and crashed into a fence somewhere in North London. Pagani Zonda S he was driving was estimated to cost some $1 million dollars, and we suspect the insurance claim would be just as high. 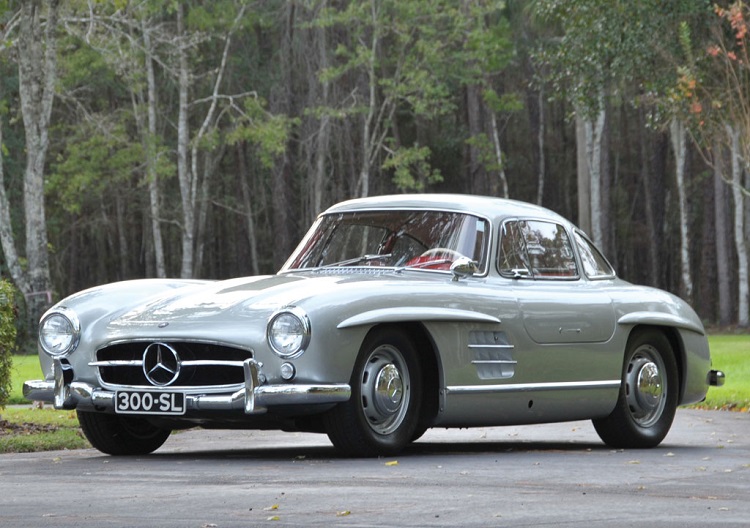 You can be the best driver in the world, have the best reflexes available, but none of that can prevent someone else just cutting you off. That is exactly what happened to the owner of one SL300 Gullwing, only in his case, the car will probably never be the same no matter how much money he pours into it. The damage was estimated to be between $1 million and $4 million dollars. 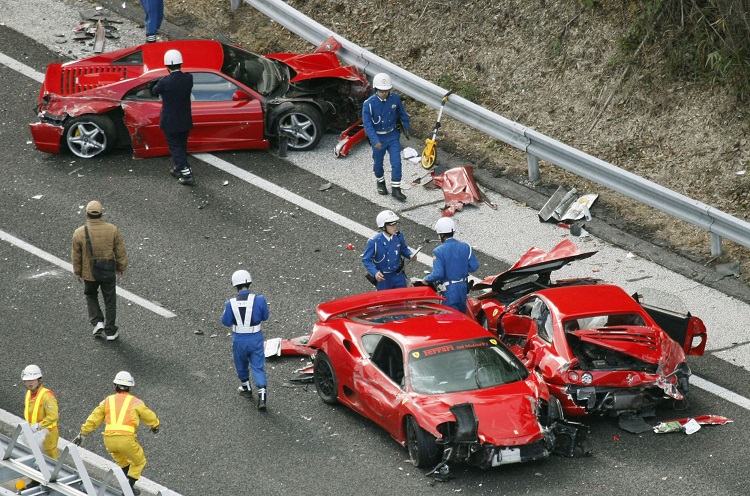 During one of the annual gatherings of Ferrari owners in Japan, something went wrong. On their way to the gathering, eight different Ferraris and several other exotic cars were involved in a massive crash that ended up costing around $2 million. This is probably the highest number of Ferraris lost or damaged in one event. Needless to say, the owners were heart broken, but managed to get out alive. 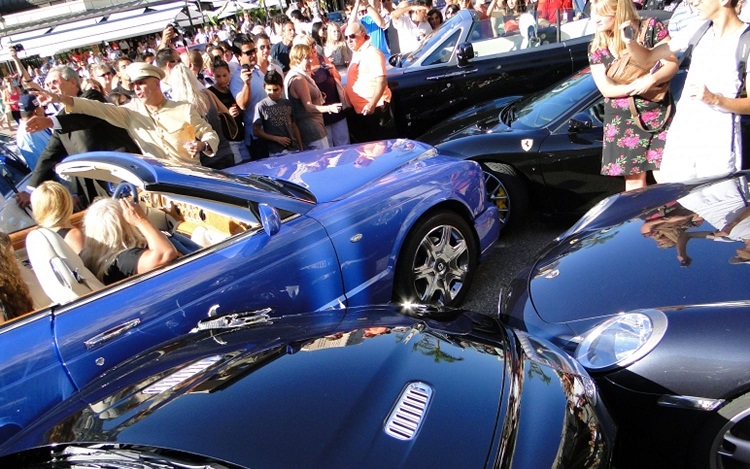 During one fine day in Monaco, one lady was trying to navigate traffic in her Bentley Azure. It is then that she made a mistake of bumping into a Mercedes S Class that was nearby. You’re probably thinking it’s not so bad, but this is just the start. Before the day was done, she managed to damage not only the S Class, but an Aston Martin Rapide, Porsche 911, and a Ferrari 430. The cost of this rush hour madness was estimated to be around $1,000,000. 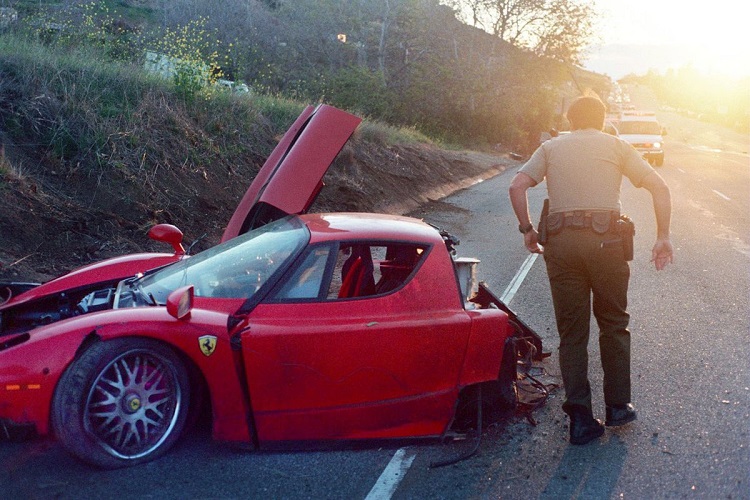 Known criminal mastermind Stefan Eriksson, head of a prominent Swedish organized crime group, leased several cars from a London company, including the Ferrari Enzo we’re about to talk about. He then shipped the cars to United States illegally, only to take the Enzo for a wild ride on the highway and end up crashing it at 160 MPH. The Enzo was worth $1.4 million. 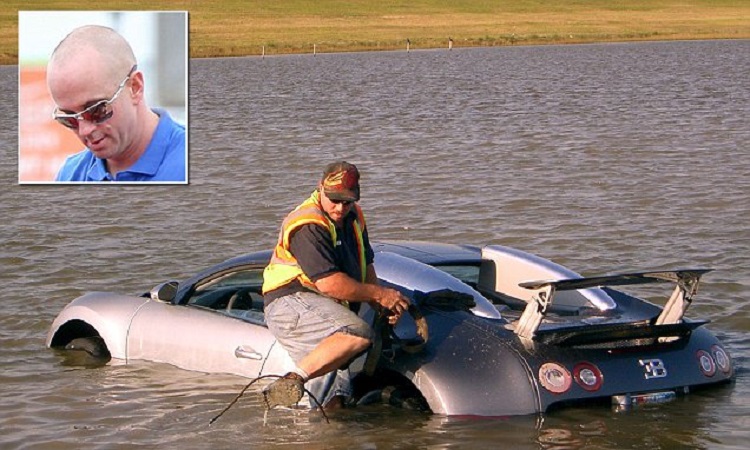 Back in 2009 one Andy Lee House purchased a Bugatti Veyron for $1 million, and somehow managed to put a $2.2 million insurance policy on the car. What was a great move to insure his property turned into a criminal offense when House decided to cash in his expensive insurance policy. He ran his Veyron straight into a lake, and would probably get away with the crime if there wasn’t a video recording of the whole thing. Needless to say, House is currently serving time for insurance fraud. 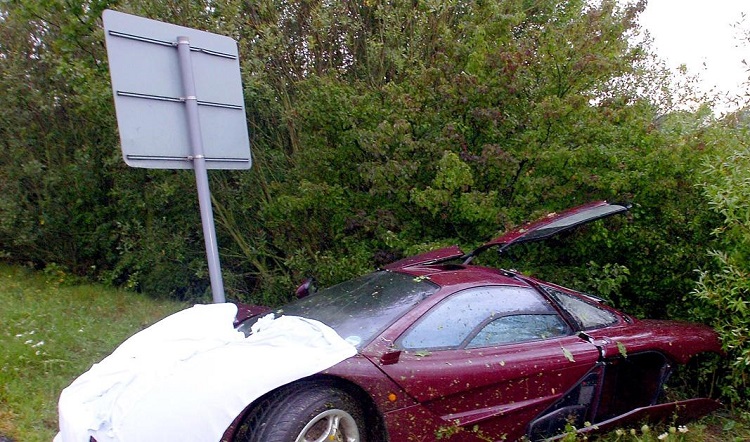 Some of you probably don’t know that Rowan Atkinson is a passionate car enthusiasts with an extensive collection of exotic cars. One of his most prized possession was a McLaren F1 he loved to take out to the track whenever he could. In 2011, Atkinson crashed his McLaren F1 and was hospitalized as the result of the accident. We don’t know how much his insurance claim was, but we do know that he sold the car for $12 million after the accident. 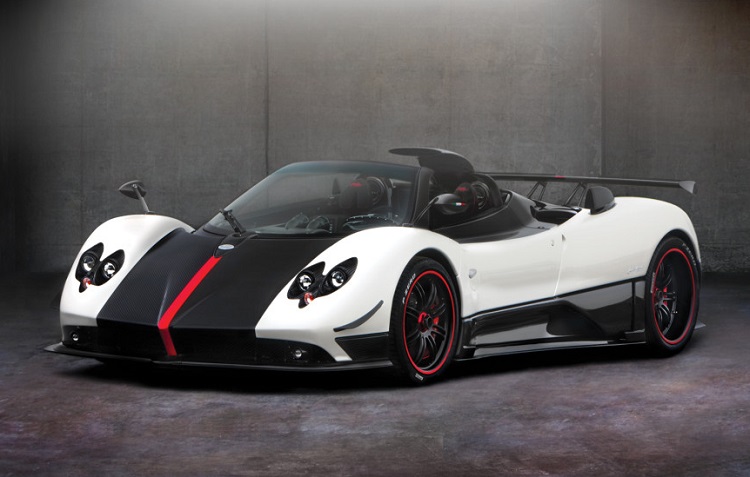 There are only so many Pagani Zondas around these days, and whether we like it or not, some of them are going to be involved in a crash sooner or later. This particular Pagani Zonda had a painful meeting with a wall, which left it in ruins. Thankfully, the owner and the car were eventually alright, even though the car had to be shipped to Italy for repairs. The total cost for the repair was $456,000. 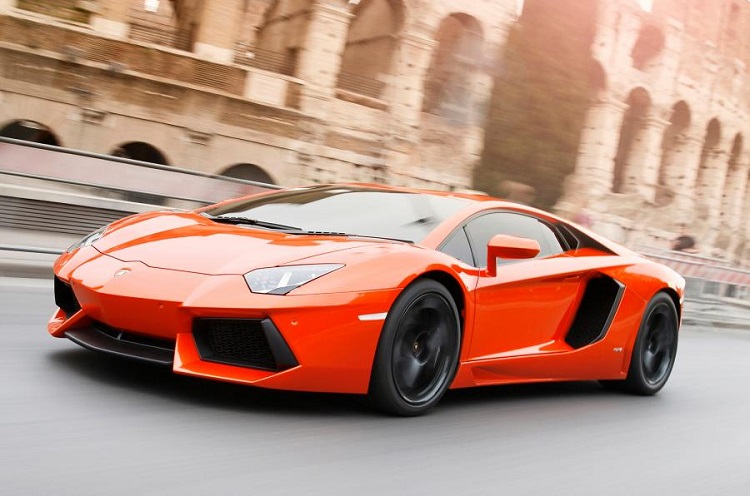 One Lamborghini owner and his son went trough a tough ordeal when the owner handed the son the keys of his Aventador. What was supposed to be an exciting day for both of them nearly turned into a tragedy when the son got involved in a car crash. He wasn’t at fault, as he was hit by a driver driving on a wrong side of the road, but the car definitely needed some work. To the father’s relief, the accident only cost him $312,000. 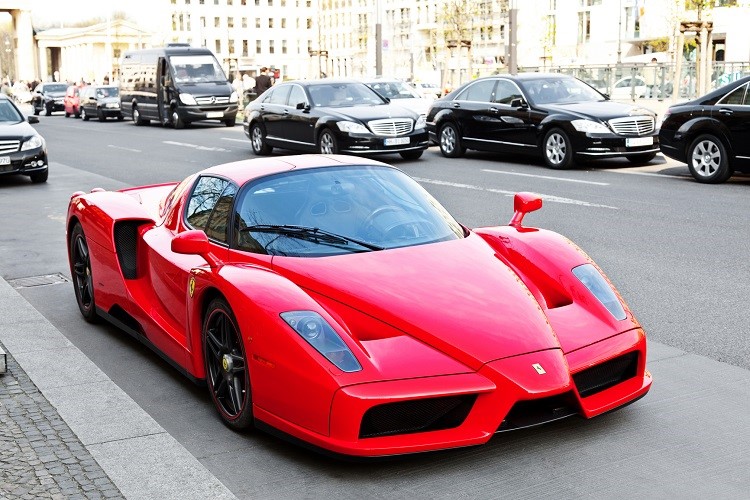 Being so rare, a Ferrari Enzo is not something you want to see get involved in a crash. One of the several almost lost Enzos met its faith in Italy when the owner lost control of the car and crashed. The car was salvageable, but it hat to go back to the factory for some serious work. The crash cost the owner some $242,000. Expensive, but at least his Enzo is back on the road. 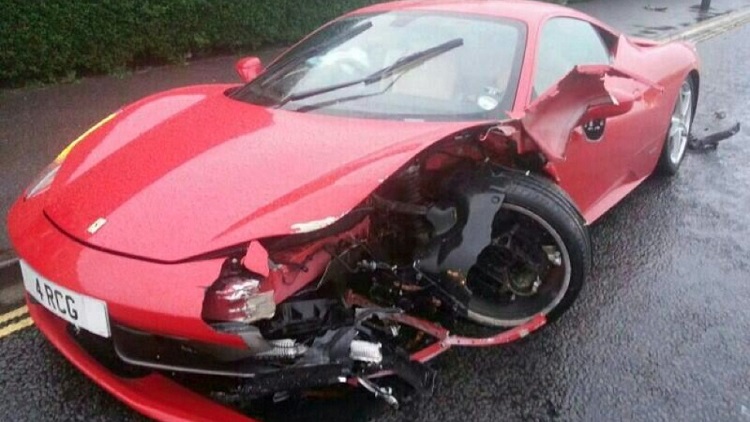 He is one of the best DJs in the world, but he is definitely not one of the best drivers around. he proved that when he crashed a beautiful Ferrari 458 Italia. It probably wouldn’t be so bad if he didn’t crash this gorgeous car just minutes after he was handed the keys in a Ferrari dealership. The MSRP for this car was $240,000 and we can imagine that Afrojack’s insurance claim was probably around the same.