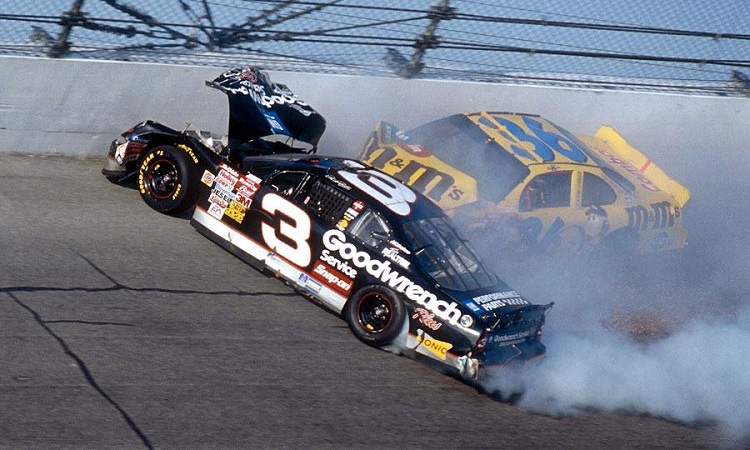 Every NASCAR fan knows this race by heart as it was one of the most tragic races in history of this sport. During the final lap, Dale Earnheardt Sr. had his car struck from behind by Sterling Marting, making him spin out of control. Unfortunately, he was hit again by Ken Schrader who was just coming into the turn. Earnheardt’s car hit the wall going 160 mph, causing Dale severe head trauma which proved to be fatal for this NASCAR legend.