For most of us, supercars were the thing that got us hooked on cars at the early age. The image of super low and wedge-shaped sports cars with big spoilers and bright red paint is something you can`t forget. The first time that you saw one person and heard the roar of its engine was simply something that built a passion for cars that will last a lifetime. Unfortunately, most of us will never be able to afford one of this road-going beasts but still, just knowing about it and seeing it in action makes us happy. That is why supercars are very popular, although impractical and expensive as they might be. They are not adored just by wealthy customers but by millions and millions of fans worldwide. In recent years, manufacturers really competed with each other who will introduce the fastest and more advanced machine and this resulted in numerous fantastic cars being introduced each year.

On the other hand, supercars are interesting not just for their exclusivity, performance, and looks but for their technology as well. High levels of power and speed call for advanced mechanical solutions and components so supercars of today hide the technology for the cars of tomorrow. You can really see the direction in which the whole car industry is moving just by analyzing the supercars which are hiding ingenious solutions and systems underneath those sexy body panels. So, now that we explained why supercars matter, let`s see which 15 of those vehicles for 2017 model year are the most anticipated and interesting.

The Bugatti Veyron made history as the most powerful, quickest, fastest and most expensive road car when it was introduced. Ten years later, we have a new Chiron which will once again claim the same. Just look at the stats of this hypercar beast. 8.0-litre W16 engine with four turbochargers, 1500 hp and 1600 Nm of torque, 0 to 60 mph in under 2.5 seconds and a top speed of over 420 km/h (261 mph). You might think that these are specifications of an airplane, not a car and you are right, Chiron is just too fast for ordinary roads. If you want one, better hurry up and bring 2,7 million dollars. 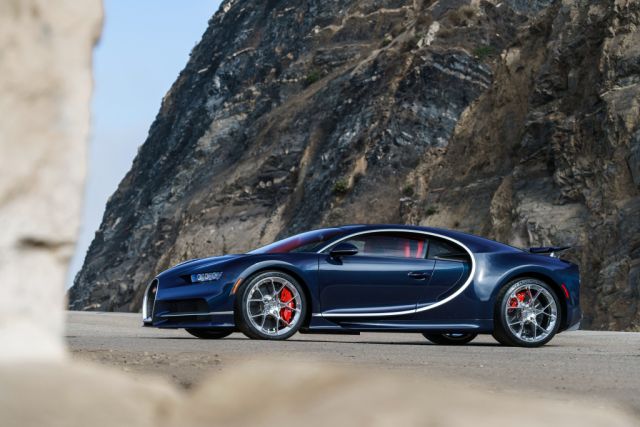