Modifying cars has been a thing ever since cars were invented. There was always a way to make them go faster, to make them look cooler, or just to bring them closer to ones taste. However, when doing these things to a car, people sometimes cross the line. That saying, the beauty is in the eye of beholder, works to a certain degree. These 15 insane car mods that actually exist, will explain what we mean perfectly. 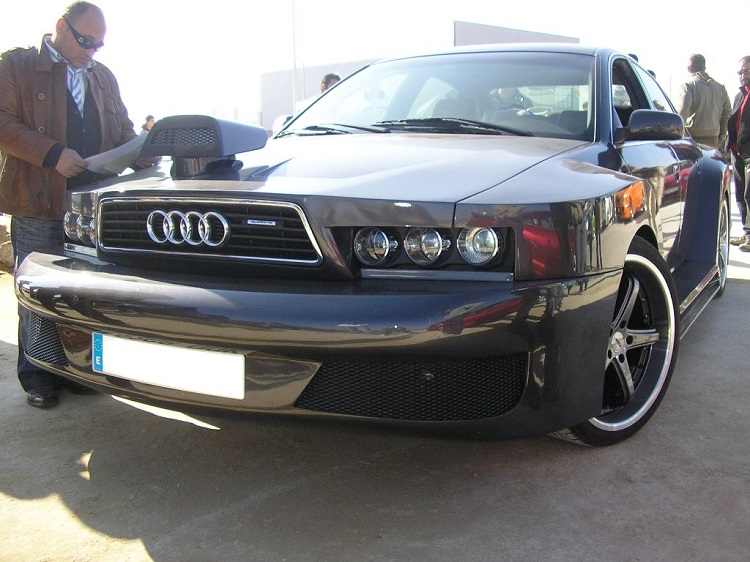 We’ll start off mild with this Audi. The owner of this car felt that Audi’s design simply wasn’t cutting it, so he made some adjustments. It looks odd to say the least, but someone may like it.