If you’ve ever listened to The Clash, you might remember the verse ‘I fought the law and law won’. Yes, law usually wins, but by exploiting loopholes that every law has, you could turn out to be the winner against the law and avoid paying for your traffic fines. 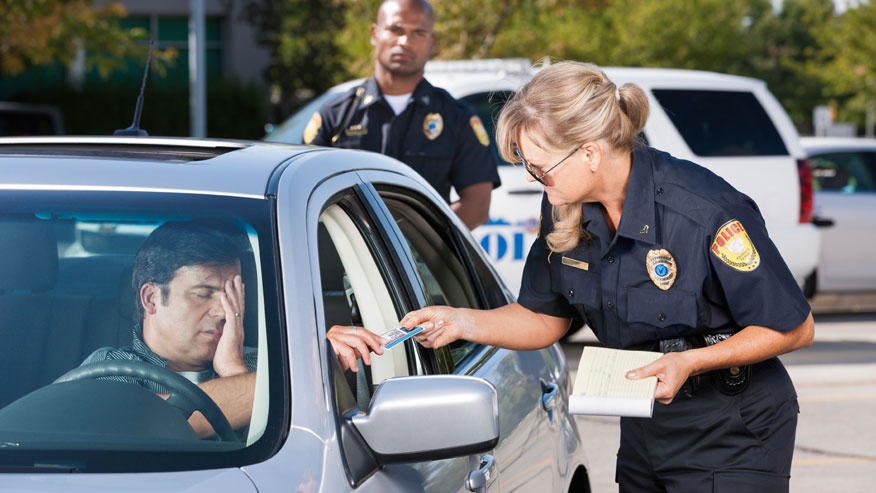 Not necessarily a legal loophole, human factor is one of the most basic ways of avoiding a traffic fine. If you’re being pulled over by an officer of the law, it’s the best for you to be composed, friendly and as assertive as possible. You should perform the so-called California stop. As the officer is pulling towards you, you should roll the window down, turn the interior light on, place the hands on the steering wheel and wait for further instructions. Seeing that you’re not presenting a threat, the officer will let his guard down, and will be more polite to you. That way, you could try and persuade him that you’re well aware of your mistakes and that you’re sorry for making them.
Know the law’s equipment 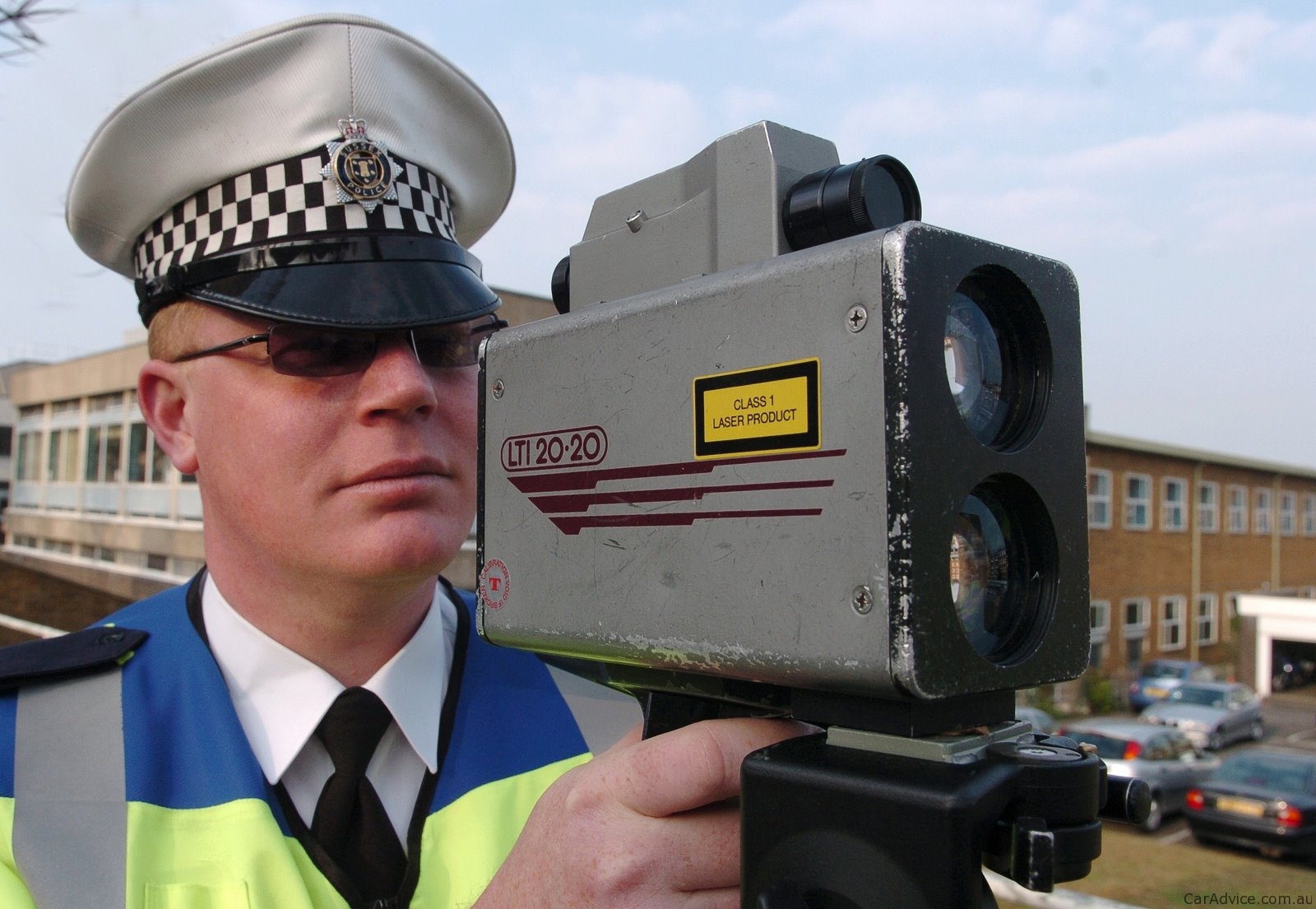 If your persuasion attempt fails, you’ll need to get informed on what was the device that the law officer used to shoot your speed. For that to happen, you’ll either need to ask the officer or try to find out yourself by carefully observing the device. Depending on the device used, you’ll find some of the following tips useful.
Improper use of devices 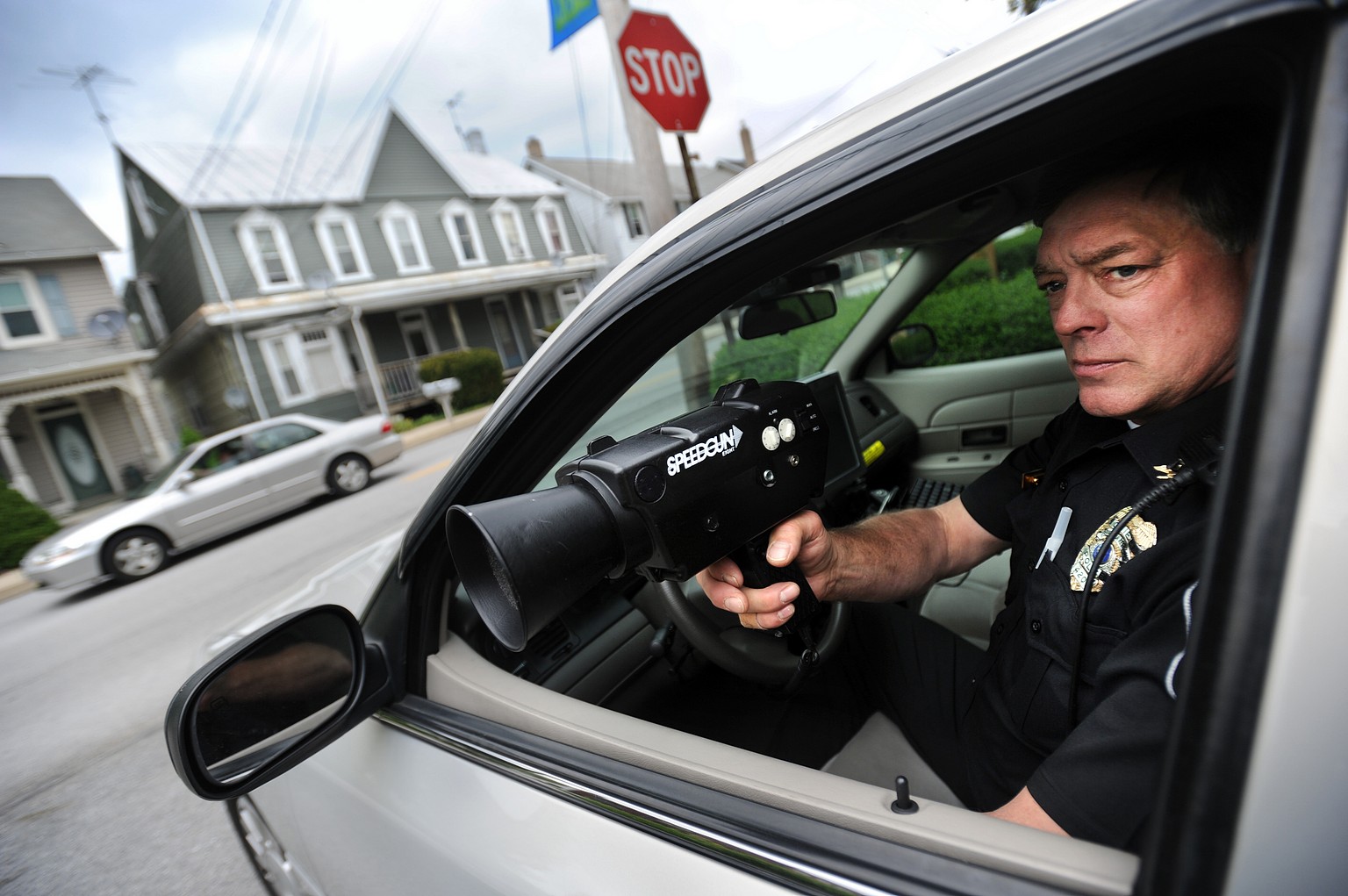 The first thing you should do is research whether the speed monitoring device has been used in a proper way. The National Highway Traffic Safety Administration has published guidelines that the officers must follow, and you can find those documents online, by simply googling them. Some important documents include the following: Basic Training Program in Radar Speed Measurement, Police Radar Instructor Training Course, Speed-Measuring Device Performance Specification: Across-the-Road Radar Module, Lidar Speed Measuring Device Performance Specifications.
Improper training 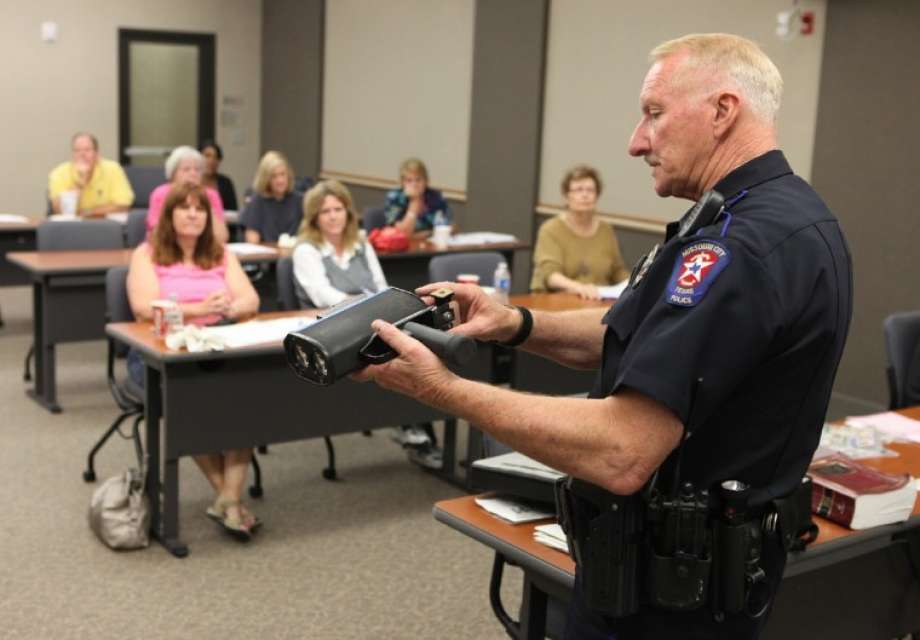 If the police officer that shot you didn’t receive proper training for using a radar or laser gun, you can easily take advantage of that fact to avoid your speeding ticket. The reason behind that is simple, because an officer who doesn’t know how to use a device properly can’t determine your exact speed.
Improper calibration 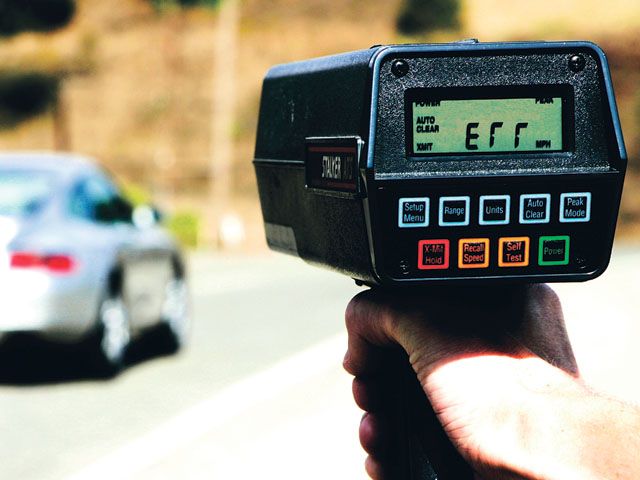 An officer has to perform calibration checks of his device before and after using it, and that needs to be done in accordance with the manual for that exact make and model of the device. Usually, police officers do not document these checks, and by asking for documentation on court, you can turn the case in your favor.
Flawed tuning forks 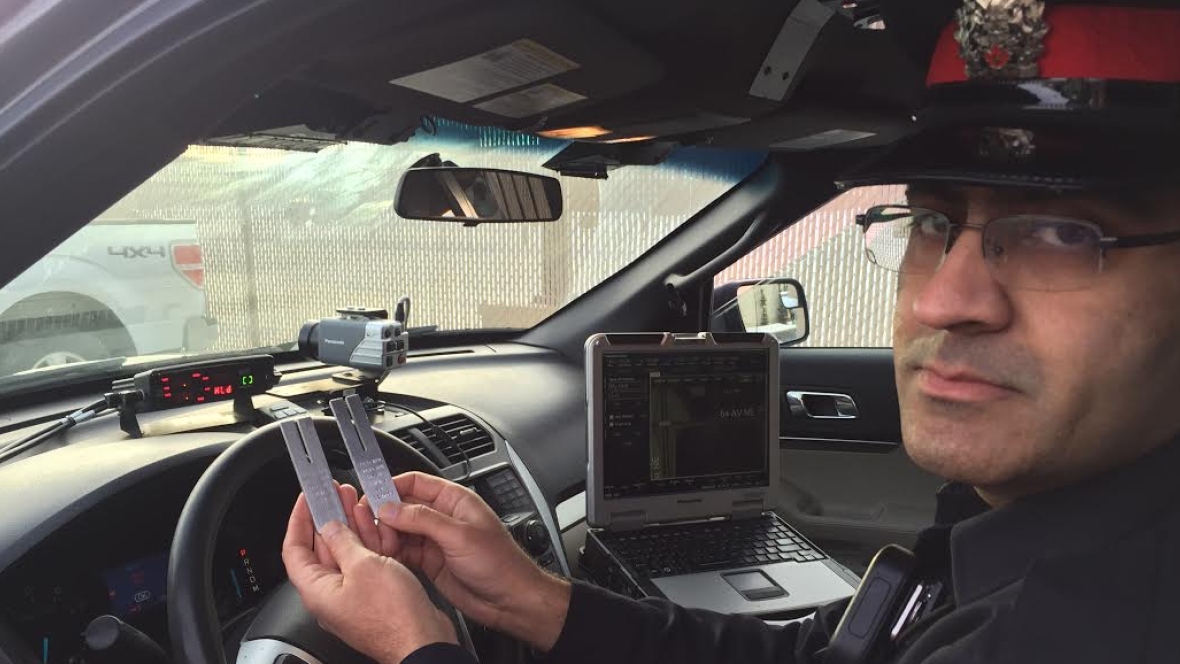 If the calibration tests were performed and documented, the next step is to determine whether the tuning forks were adequate. First of all, each tuning fork has its serial number, and is designed to tune an exact model. If the documentation shows that a different fork has been used, that’ll be a good sign for you. Also, a common trick is to subpoena the tuning fork as evidence material, because many of those have dents and scratches that could affect the calibration process.
Expired certification 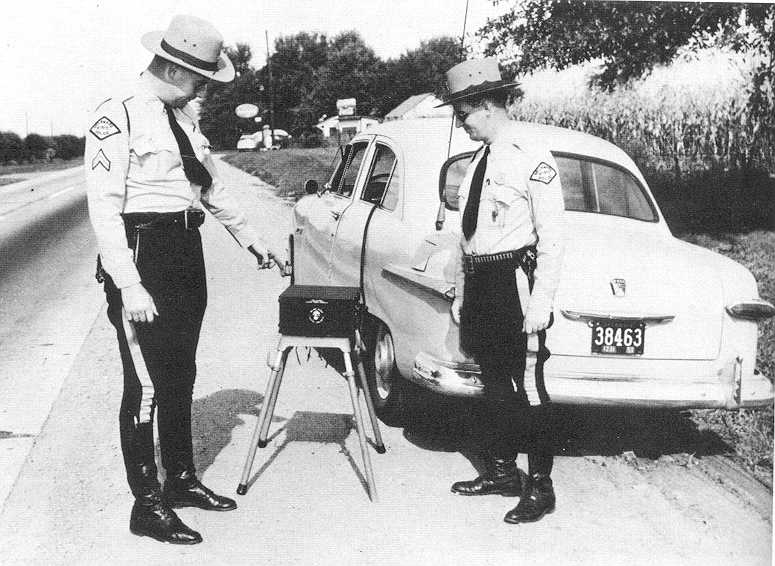 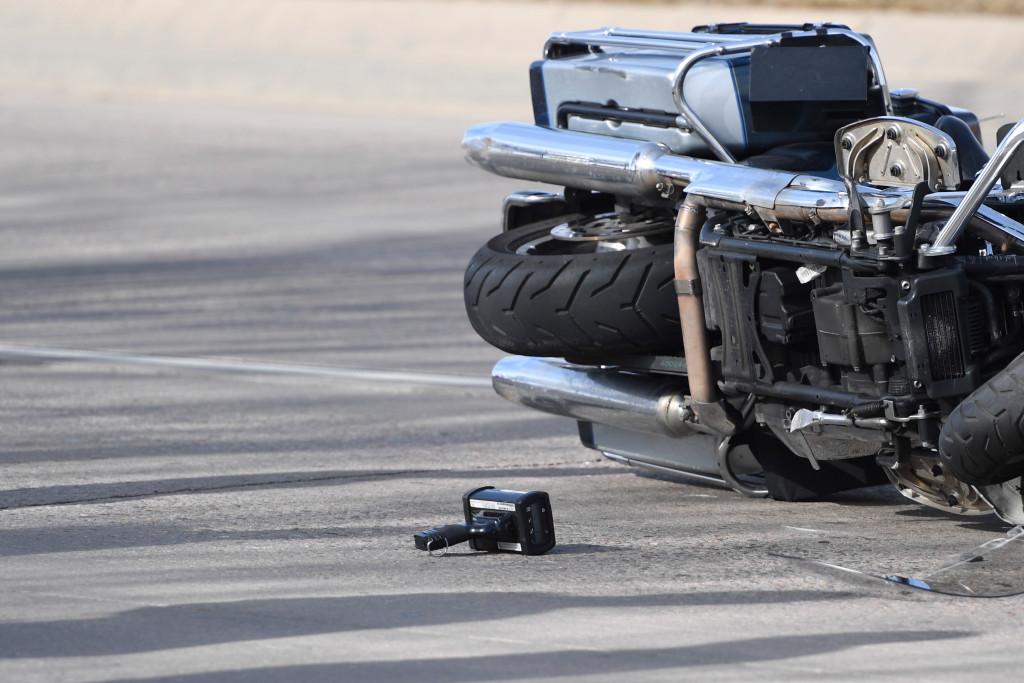 If the device has not been properly maintained, there’s an increased chance of it not working properly. As with previous loopholes, you can use this one to gain advantage in your case by subpoenaing exact maintenance records to check for any irregularity.
Technical limitations of a radar device 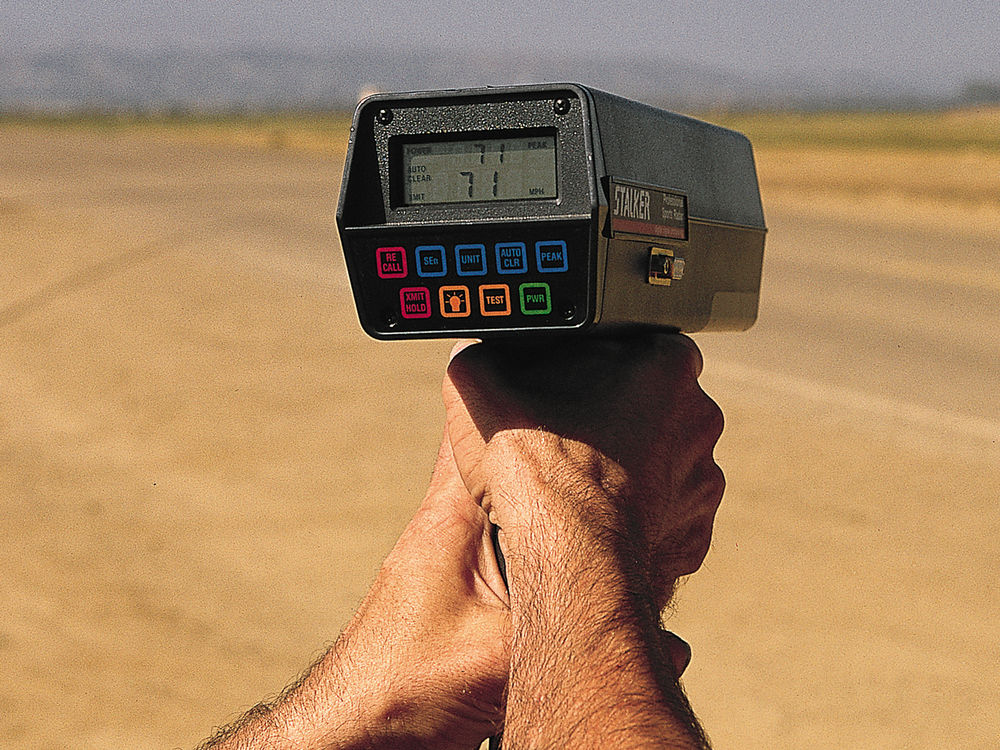 It is well known that a radar gun is not completely accurate, and you should exploit that fact if the situation enables you to do so. If there were other cars on the road at that moment, or if there were any other moving objects near the road, it is possible that the radar caught other waves that were subsequently attributed to your car’s speed.
Cosine error 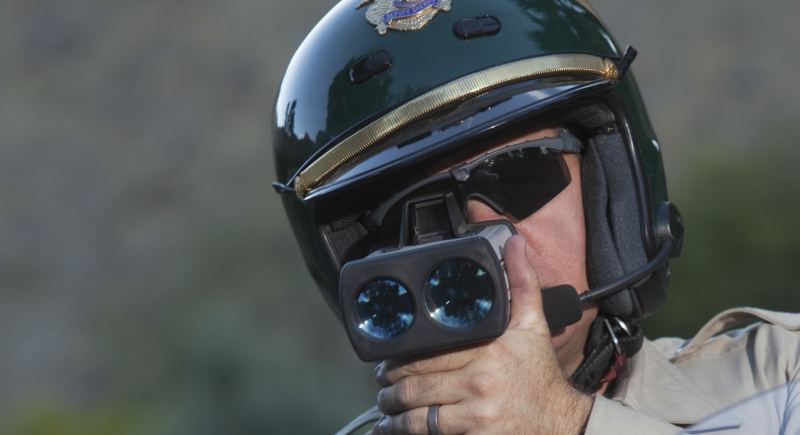 Cosine error is related to both laser guns and radar guns, and in case of a stationary radar, this error regarding the shooting angle works for you, since it increases the error as the angle itself increases.
Shadow error 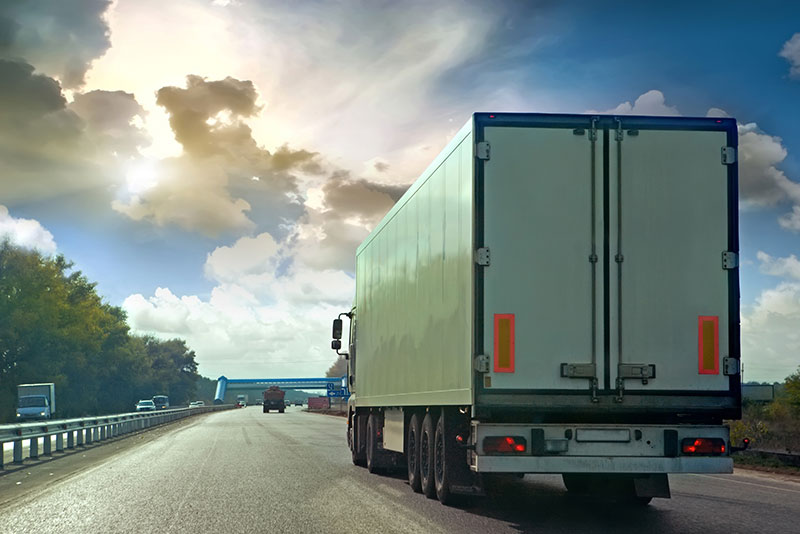 A shadow error occurs when a radar incorrectly locks to a metal object in front of the police car, thus adding the speed differential to the target vehicle in the opposite lane. If a thing like that happens, the car will probably have an unrealistically high speed, and the case will be dismissed on court.
A/C and radar interference 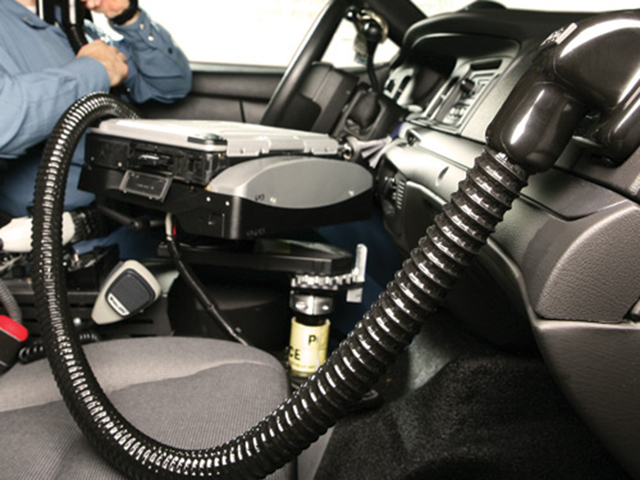 If the air conditioning in the police car was on, the waves might have interfered with the moving radar, causing the misreading of your speed. It is a long shot, but if everything else fails, it’s worth a try.
Trick a camera: Interference 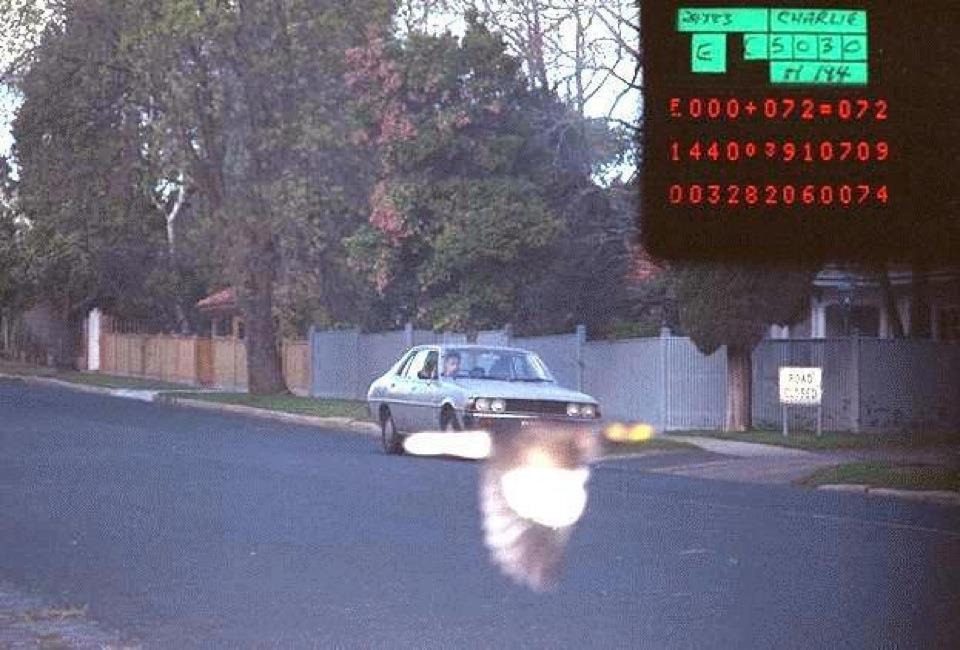 To beat a fine that was given to you via a speeding camera, look the photos carefully to find anything that could cause the camera to misread the information. Reflective surfaces, other vehicles or any other objects that could affect the reading are on your side, so open your eyes and try to find the part of the image that you can turn into your way out.
Trick a camera: Unidentified driver 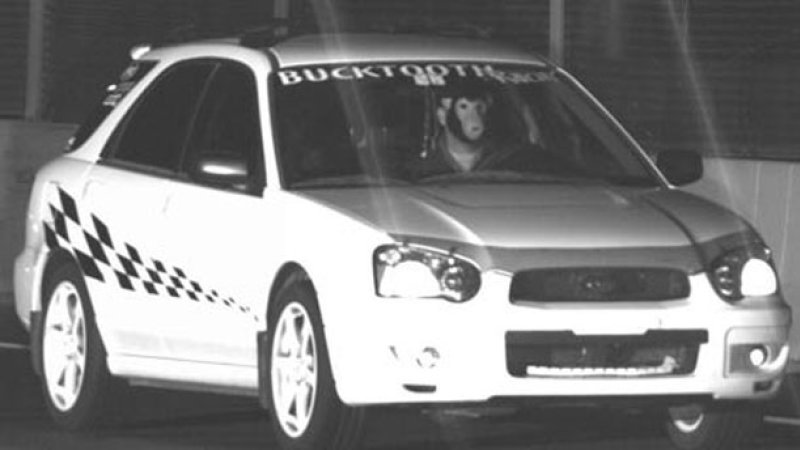 This is a particularly risky, yet quite effective way of beating the law, because speed cameras photograph the driver of the car. If the driver of the car can’t be identified for one reason or another, that’s a good start. For example, Dave Vontesmar from Arizona avoided more than 30 tickets by driving his Subaru WRX wagon with a monkey mask. Of course, if an officer pulls you over, then you’re in big trouble, so this method of avoiding speeding tickets is not recommended.
Parking tickets and human error 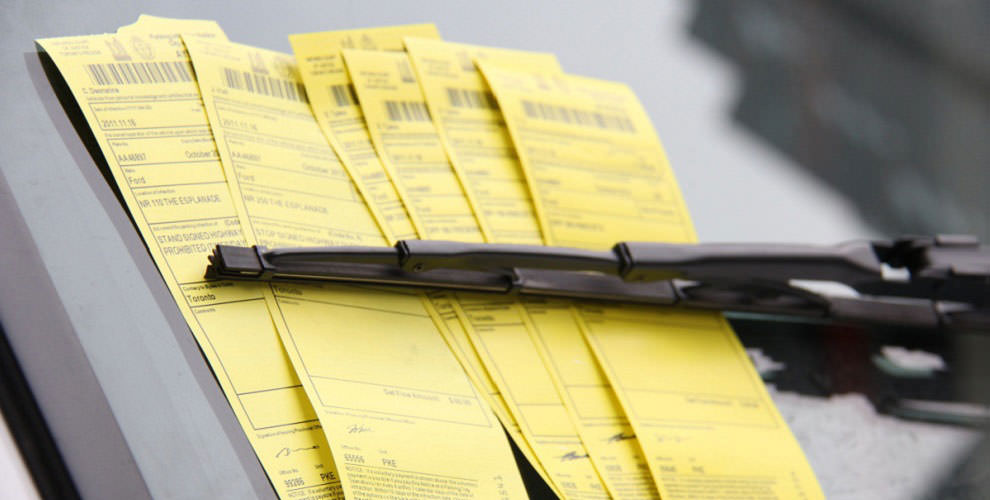 If you live in the city, parking tickets are probably your main concern. Thankfully, there are ways of dealing with them too. First of all, if you get a handwritten parking ticket, it’s quite possible that you’ll find some errors in it, usually relating to make and mode of the vehicle, or the registration expiration date. If you spot a mistake, it’s your chance to avoid paying the fine.