Famous people share their entire lives on social networks like Instagram, including what they eat, drink or what car they drive. We went through numerous celebrity Instagram accounts, just to bring you some of the most stunning celebrity cars on that social network. 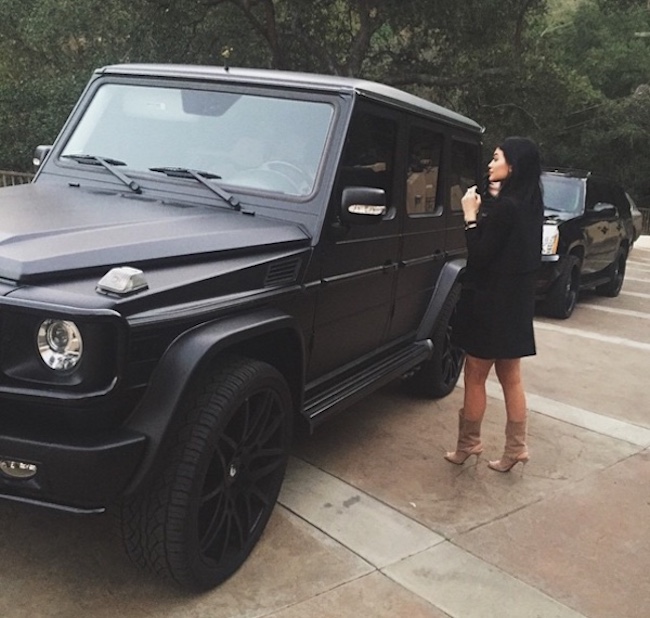 Apparently, Kylie has quite a taste in cars and posts a picture like the one above every couple of days. Mercedes G-Wagen is one of her favorite cars. This luxury SUV that starts at about $120,000 for the basic version, although we’re sure she opted for the high-end model. 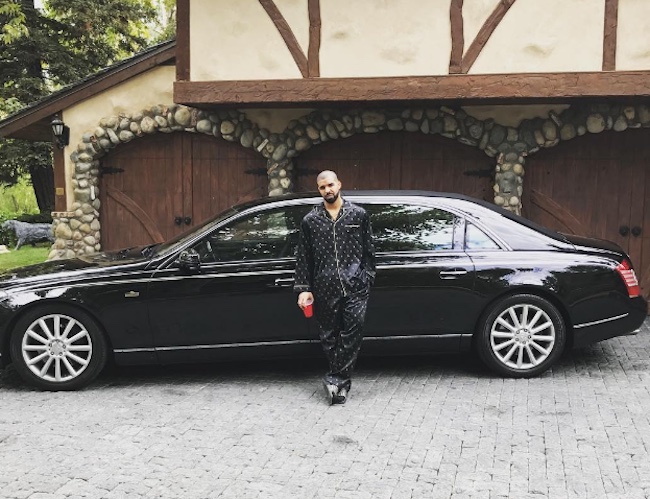 The most popular rapper in the world right now has quite a few cars in his garage, but this Mercedes Maybach Pullman definitely deserves a spot on out list. Not many people are familiar with this high-end limousine, which was used by many important figures over the years, including several Popes, presidents and a couple of A-list celebrities. Drake is one of the newest people on the list of Pullman owners. 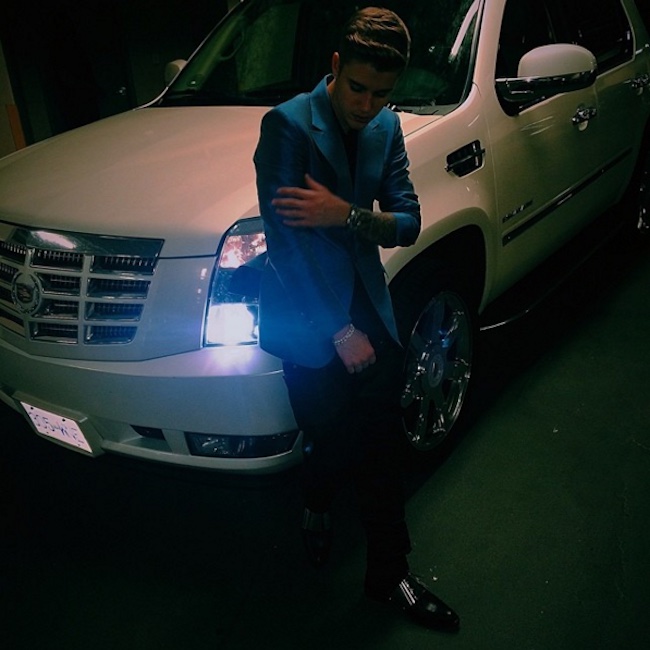 You simply can’t talk about celebs and their cars and not mention Biebs. He loves driving, but he doesn’t post photos of his cars on Instagram that often. In this photo, Justin is pictured with a pimped-out Cadillac Escalade, which is actually one of the cheapest cars that he owns. 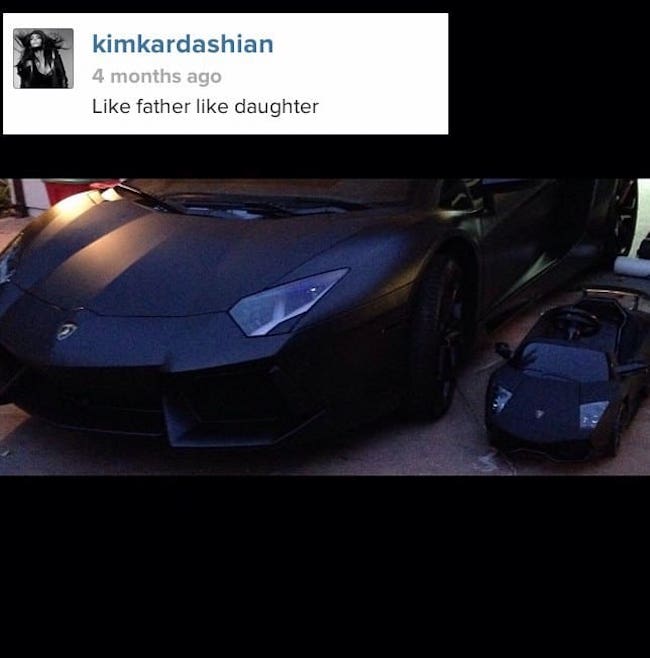 Kim posted this cute photo of a toy Lamborghini the couple bought for their daughter North West, right next to Kanye’s Lamborghini Aventador. This beast sports car features a 6.5 L V12 engine, and is the fifth fastest serial-production car in the world right now. Price? Just $750,000! 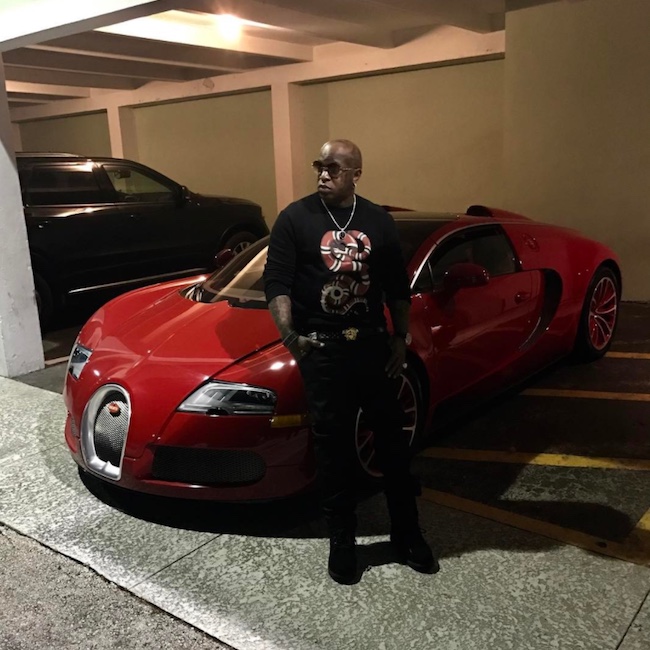 The hip-hop mogul shared countless photos and videos of his $2.5-million Bugatti Veyron, and we don’t blame him. The car is absolutely stunning! The car typically costs about $1.5 million, but Birdman paid a little extra for interior and exterior upgrades, as well as a custom paint job. 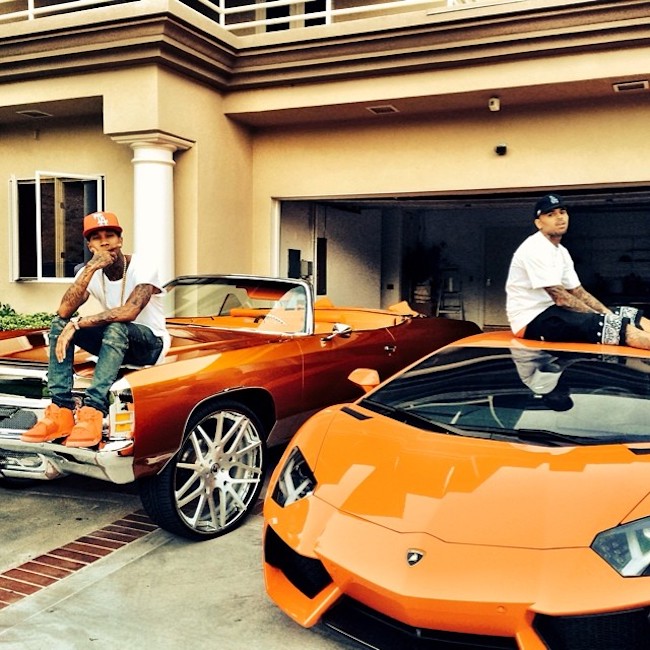 Chris owns many cars, but he has a true passion for Lambos. Just like Kanye West, he has a Lamborghini Aventador. On top of that, he also had a custom Lamborghini Gallardo, which he named Tupac Lyrics. 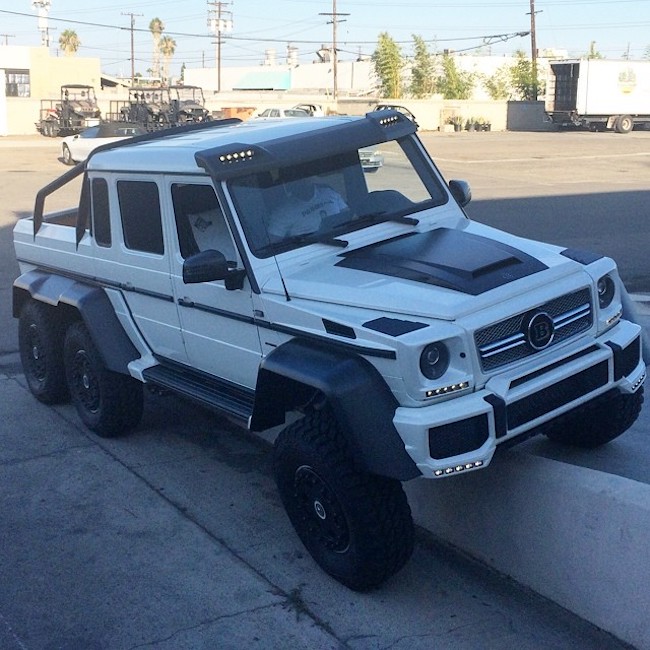 The Instagram Playboy is probably best known for his photos with girls and guns, but his car collection is also very impressive. One of the most interesting cars he owns is this 6×6 Brabus, which is essentially a custom Mercedes G63 AMG that cost him upwards of $600,000. 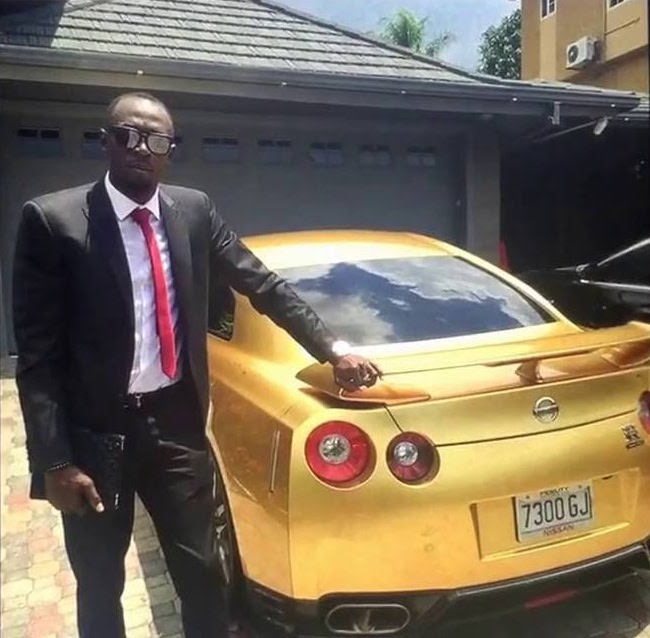 You would think that the fastest man alive would own the fastest production vehicle on the market, but this is not the case. Nonetheless, his Gold Nissan-GTR is far from sluggish, and it cost the athlete approximately $300,000. 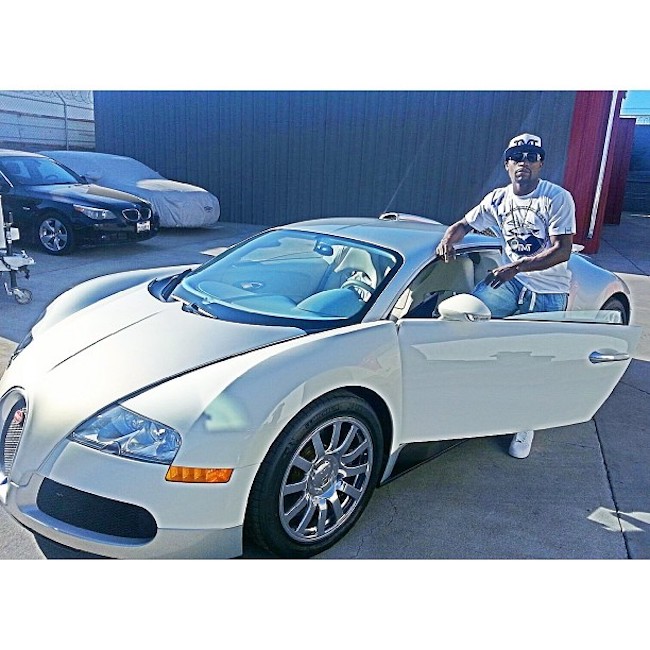 The legendary boxer has a garage full of expensive cars, such as Ferrari 599, Bentley Mulsanne, and the above pictured Bugatti Veyron. Not a big deal when you’re one of the highest-earning athletes ever. In case you didn’t know, Mayweather made about $700 million during his career. 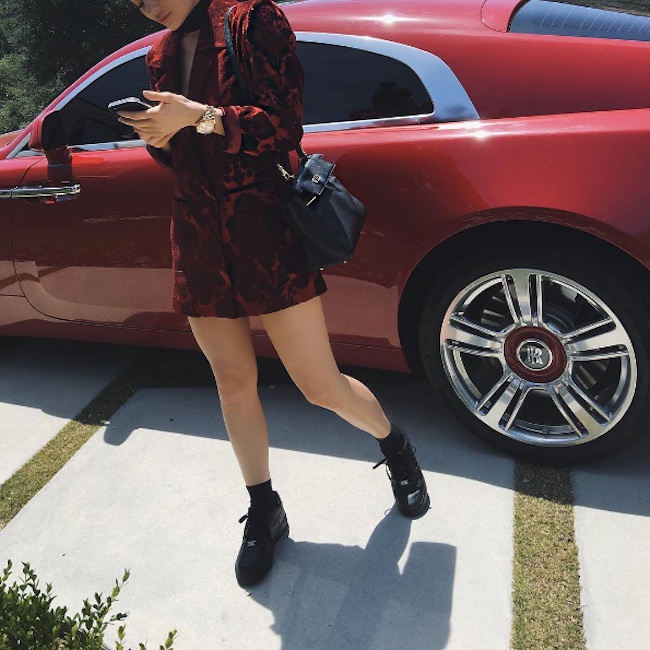 “I had to do it,” is all Kylie wrote when she posted this photo to Instagram, showing off her brand new Rolls Royce Wraith. Her older sister, Khloe Kardashian, was also seen driving a new Wraith, but her model is black. What makes the Wraith such a desirable car for reality TV stars? Possibly the price, which starts at about $300,000. Or perhaps it’s the comfort and speed. The Wraith can go from 0 to 60mph in just 4.3 seconds, despite having a lot of interior space and the fact that it weighs over 5,000! 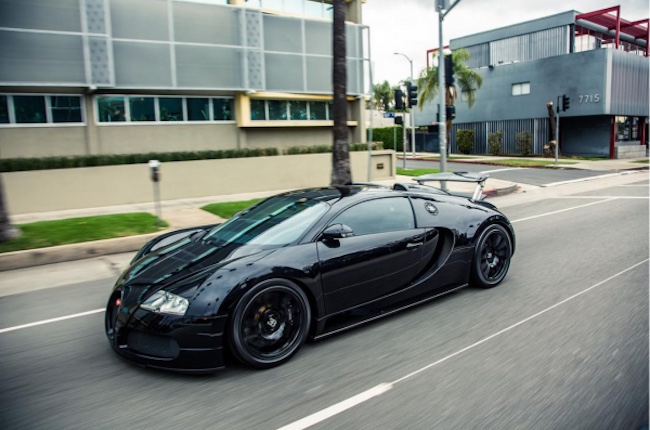 Bugatti Veyron is the most popular car among high-earning rappers, but it seems that country stars are starting to follow the trend. Keith Urban is the latest proud owner of a custom, completely blacked-out Bugatti Veyron. Congrats to him! 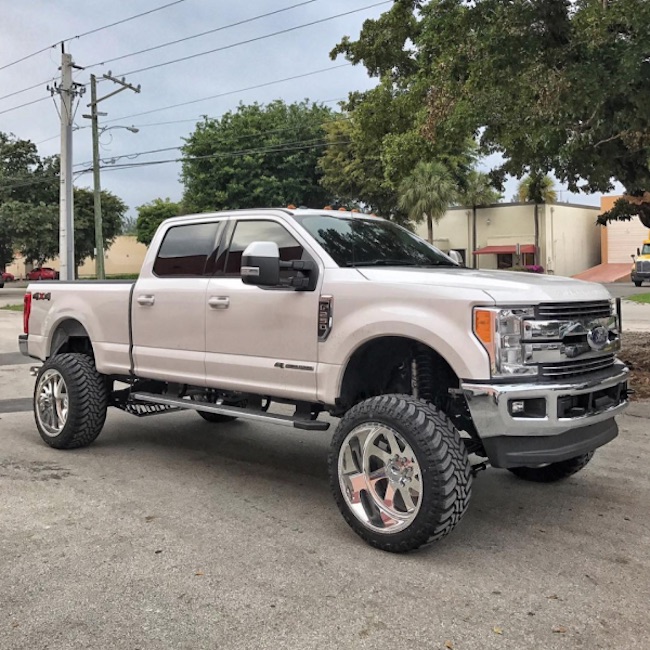 It seems that Shaq recently got a car fitting for his frame. After all, he’s 7’1″ and weighs 345 pounds! This is why we think that the new Ford F250 may be the perfect car for him. Unsurprisingly, the basketball star went with the top-of-the-line version. Just look at those enormous chrome wheels! 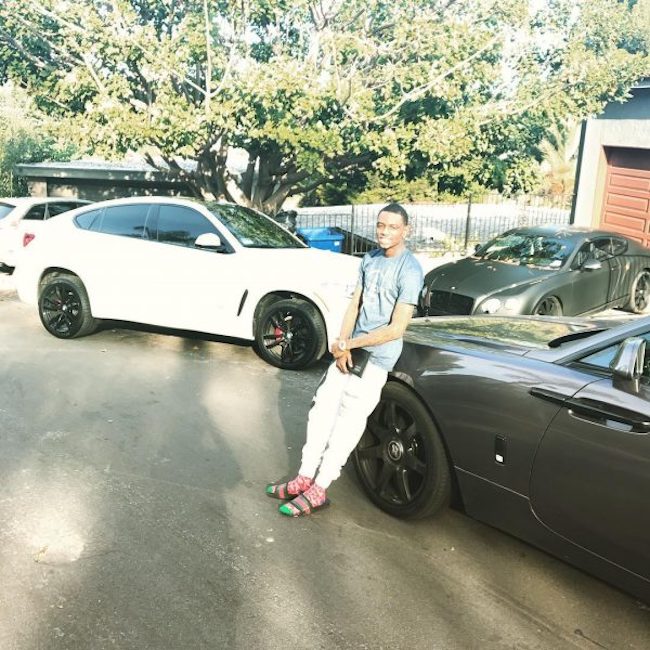 These days, it seems that Soulja Boy is posting a photo with a different car every few weeks. Pictured above is just a small part of the rapper’s fleet, which includes a Bentley Continental GT, BMW X6, and the pricey Rolls-Royce Wraith. 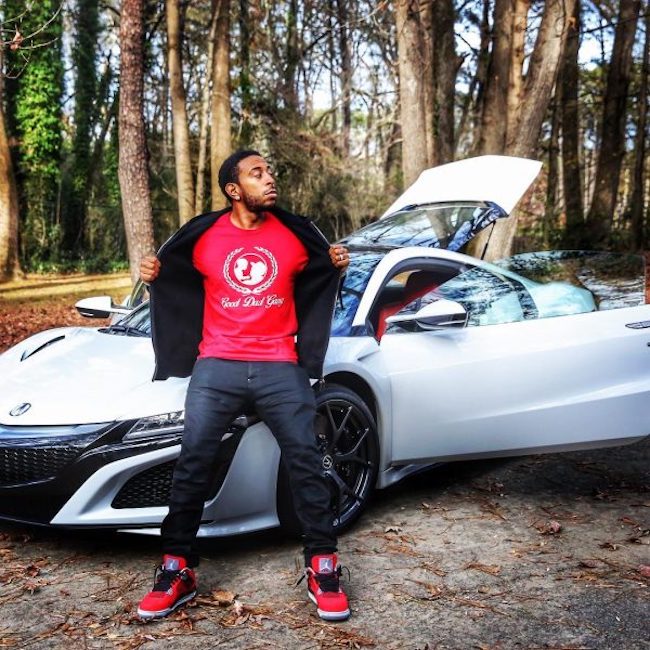 He may not be as huge of a car enthusiast as his character in Fast and Furious, but Ludacris definitely knows a thing or two about cars, and especially Acuras. Even after making it big, Luda decided to keep his 1993 Acura Legend. He still has it, but recently he upgraded to the new Acura NSX. Only about 200 people have this car at the moment. 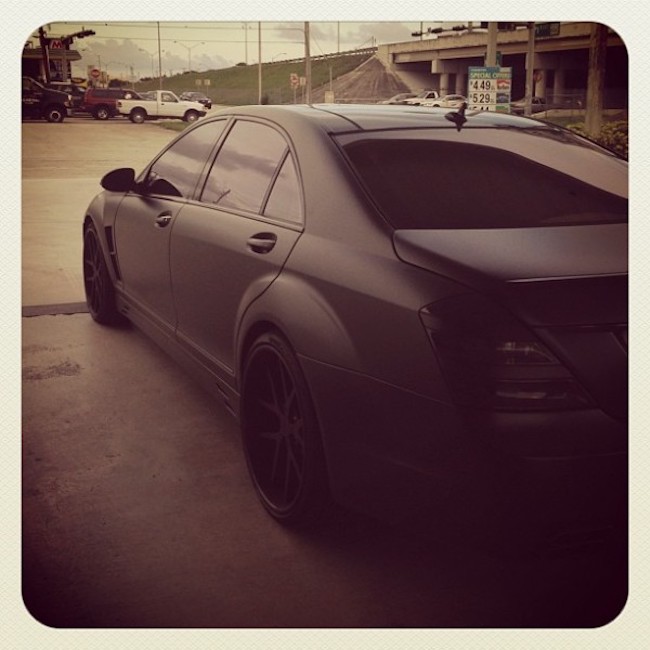 We have no idea what he’s up to these days or how Nick made enough money to buy this blacked-out Mercedes S-Class, but he definitely did and he loves sharing photos of it on Instagram. It would make sense if Hulk Hogan was still swimming in cash, but rumors have it that Hulk isn’t doing that great financially.