Fifty years ago, when we were postulating on the high-tech cars that would exist by the year 2000, we imagined flying cars – a thought than sparked the creation of many television shows like The Jetsons – yet it’s 2016, and our cars still don’t leave the ground (often)! With that little minus aside, technology is heading in directions that were not at all expected in past generations, directions that have been brought about by changes in our environment and how we interact with technology.

Modern engineers, besides equipping cars with the latest driving aids and ways to interface with our phones, tablets and online life, also focus on controlling fuel consumption, pollution, finding alternative energy sources and moving towards driverless cars. With competition so fierce nowadays, manufacturers are often working to add headline ‘gimmicks’ to the technology offered in their cars. For techies, the choices available when buying a car have made it a staggering and exciting experience.

Below are 16 cars the get tech right, making the interaction between man and machine as effortless as possible. 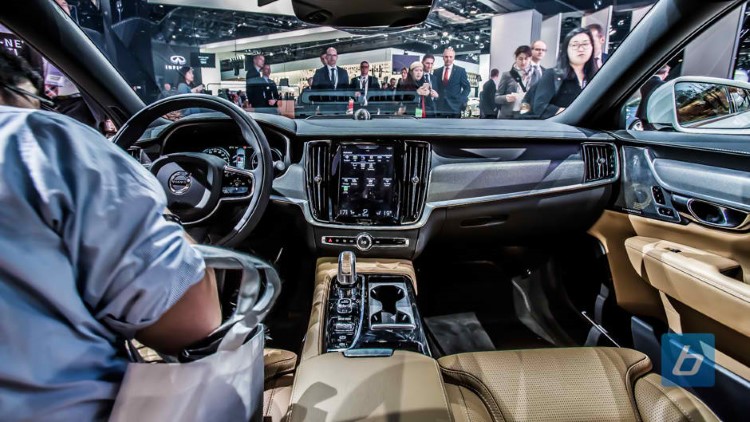 A great choice for a person that values safety above all is the Volvo S90, a car that can be bought for less than fifty thousand US dollars. This safe, elegant and comfortable car is also a great option for a tech junkie, with its nineteen speakers, exemplary infotainment module placed in the center of the dashboard, nine-inch Sensus Navigation and keyless entry and drive. 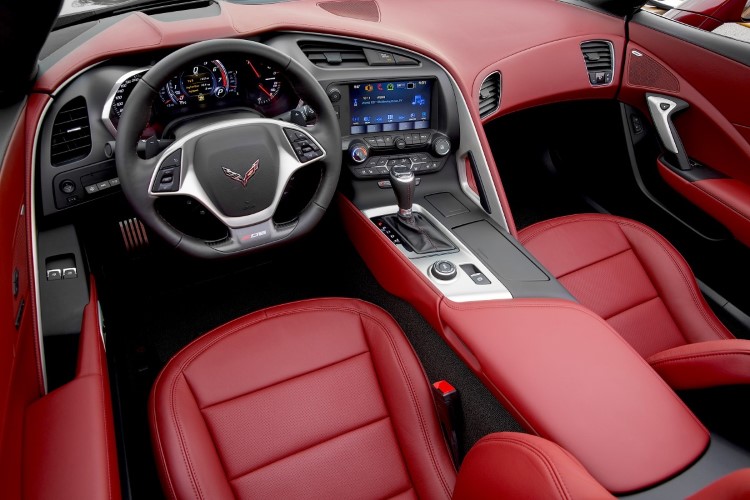 The Corvette Stingray Coupe, a car that can be bought for the starting price of approximately fifty five thousand US dollars, is both a street and a circuit car. With an available head-up display, the latest Chevrolet MyLink 8-inch screen (that can be connected to a smartphone), easy-to-use driver modes and an available industry-exclusive Performance Data Recorder, this is the most technologically advanced Corvette to date. 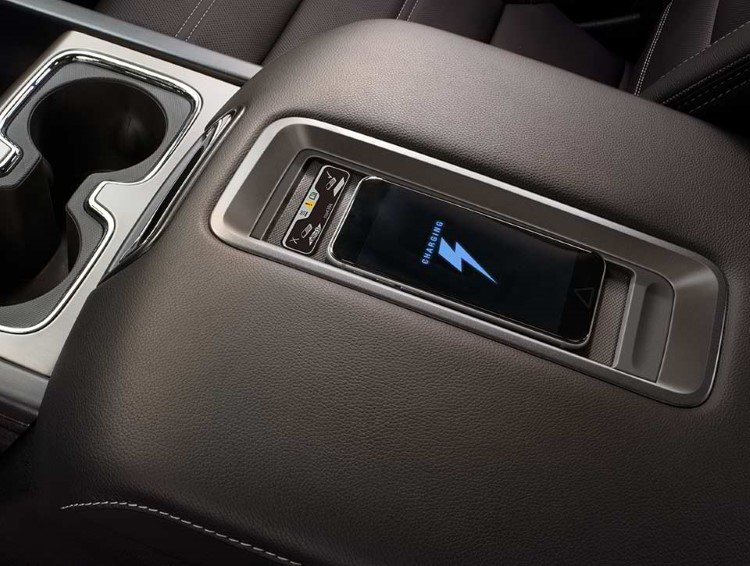 For a person looking to get a pick-up truck equipped with high-tech devices, the GMC Sierra 1500 Denali, a car whose starting price ranges at fifty thousand dollars, may be the best choice. With a wireless charging pad and great safety devices like collision warnings and an advanced system to alert the driver through vibration when straying off the road, this wide truck is not one to leave out when making a decision. 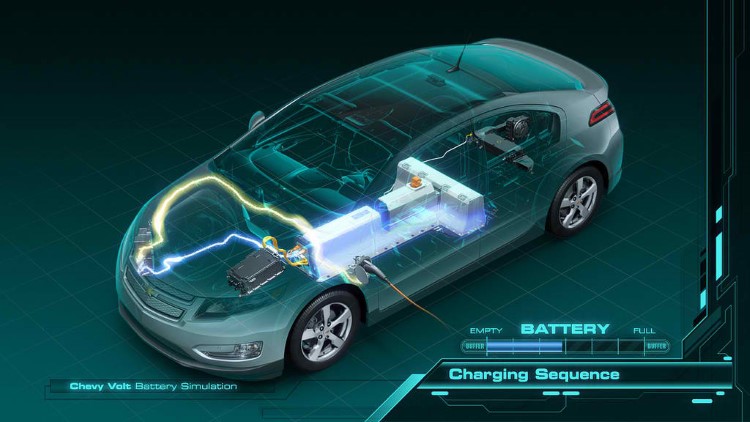 As initially stated, alternative fuel sources are now becoming mainstream. The Chevrolet Volt, a hybrid sedan at a low cost, can be a great choice for some. It has an excellent audio and navigation system with a center console, voice recognition and a hard drive for audio data storage. 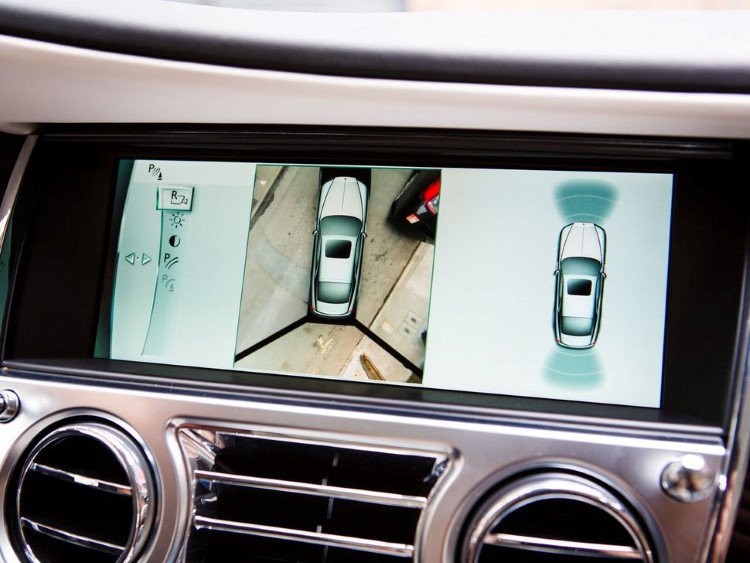 For buyers willing to dig a lot deeper in their pocket, the exotic Rolls-Royce Wraith powered by a 6.6-liter V12 engine must fulfill the needs of a tech junkie, with its high end audio system with 18 speakers, central touch screen console, a system that can warn the driver about possible upcoming road conditions and a database for topographic information about the road. 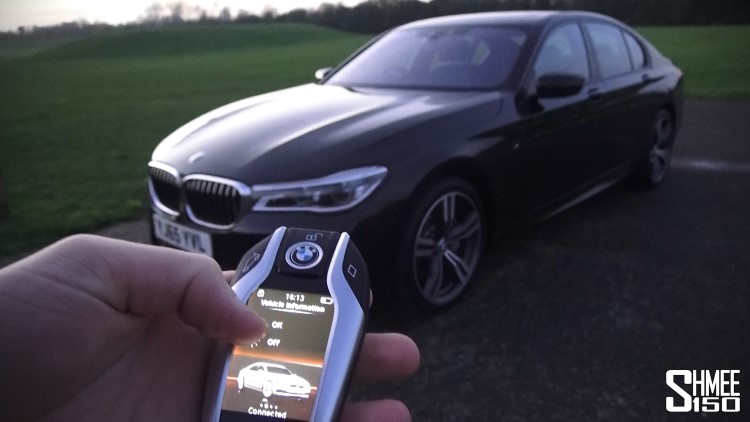 Another luxury sedan that has been for years a very reliable, safe, comfortable and top of the line choice for techies, the BMW 7 series has a starting price close to one hundred thousand dollars. The modern cruise control of this car recognizes the legal speed limit and warns the driver if he or she is in danger of getting a ticket. There are notable improvements to the infotainment and the driver assistance systems, like the automatic parking system that is controllable from outside the car, touch screen input and gesture recognition systems, all stemming for a new vehicle operating system. 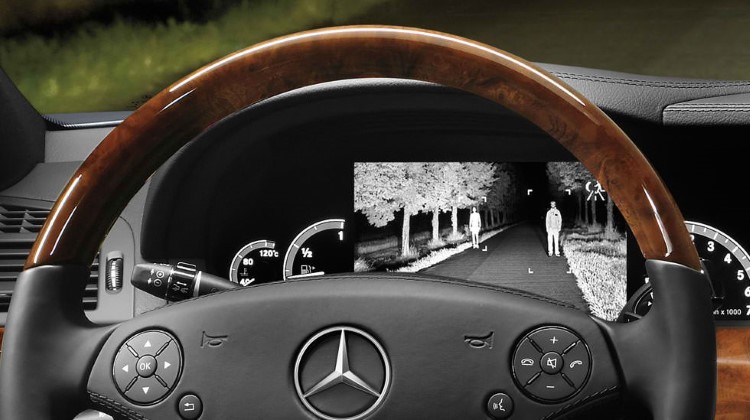 For cabriolet fans, the new Mercedez-Benz S-Class comes with Magic Body Control, a system consisting of cameras mounted on the windshield to scan the road surface and adapt the car’s position for uneven roads. The new auto braking, night vision and pedestrian detection only add to the excellent safety tech that was previously found on an S-Class. 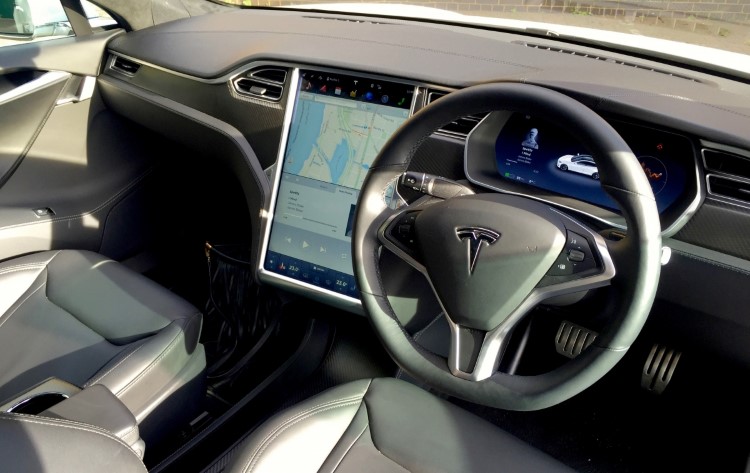 There is a brand that cannot be left out of any discussion when talking about modern-day tech – Tesla. For a company created in the twenty first century, 2003 to be more exact, the effort and innovation put into creating these cars had to be huge in order to compete with the traditional giants of the automotive market. The Tesla S P90D is a pure electric sedan with an instrument cluster and an infotainment panel driven by separate modules powered by eight specialized processors, and audio, video and image processors. Tesla has also incorporated an autopilot function – a first step to our driverless future. 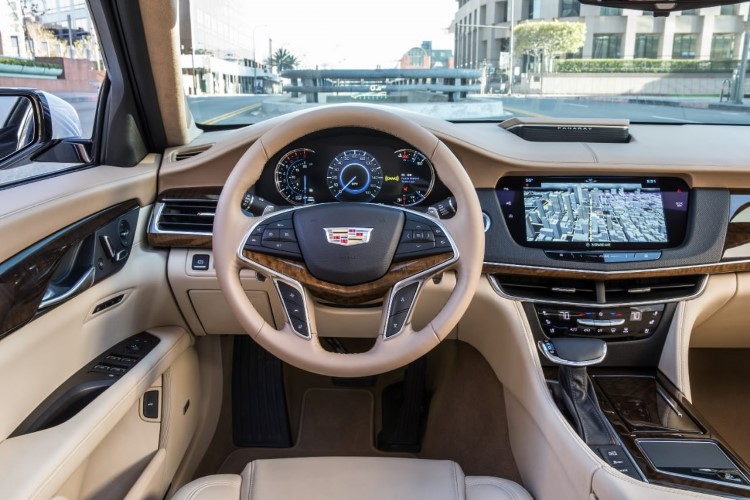 An American luxury brand that is part of General Motors, Cadillac have not stayed away from the tech competition. A great choice for a tech junkie looks to be the CT6, a car whose starting price is yet to be announced. This large sedan features innovative technology including a streaming rear-view mirror and autonomous driving that allows the car to control braking and speed.

The Audi A4 is a great entry-level luxury car produced and sold throughout the world since 1994. This high-tech sedan now comes with a lane departure warning system, blind spot monitor, keyless entry and start, a 500-watt audio system and other countless modern systems for a price around fifty thousand US dollars. 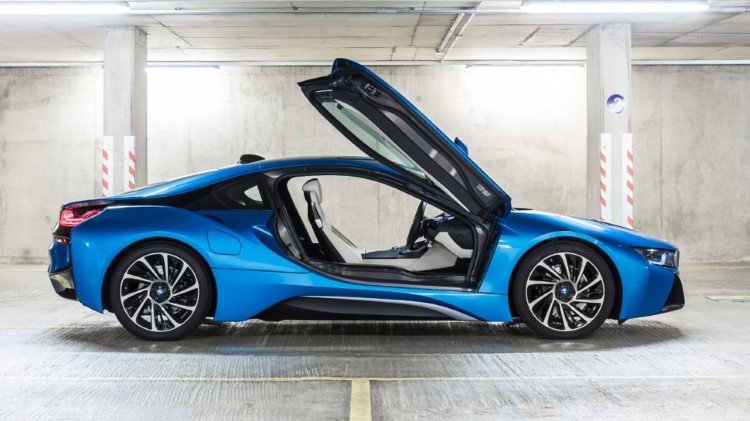 Another major manufacturer that has recently turned towards the production of hybrid cars, BMW has recently released the mind-blowing i8. The i8 comes with modern technology Driving Experience Control that comes with two options – COMFORT (offers unrestricted access to all convenience functions) and ECO PRO (for a driving mode optimized for efficiency). 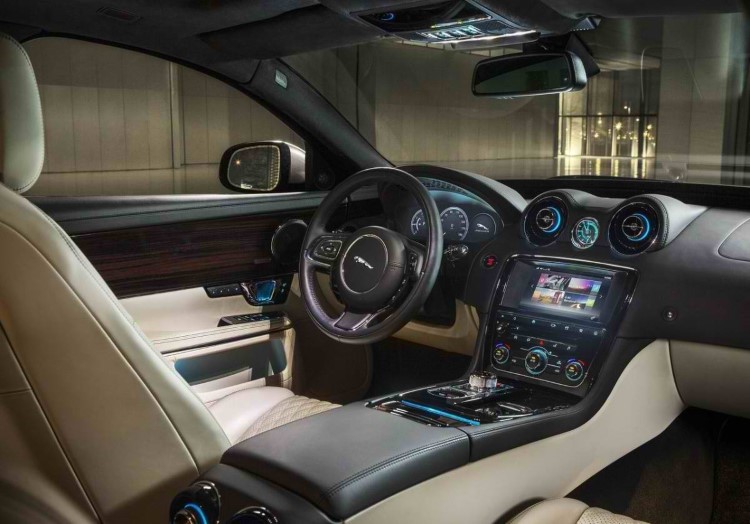 A heavyweight brand name in the automotive industry, Jaguar has also adapted to the high-tech path of the future cars, with models like the modern day XJ. With an innovative LCD dashboard that can be set to display the driver’s choice of information, semi-automated parking and a 360-degree camera, this is one car to consider when looking for a high-tech luxury sedan. 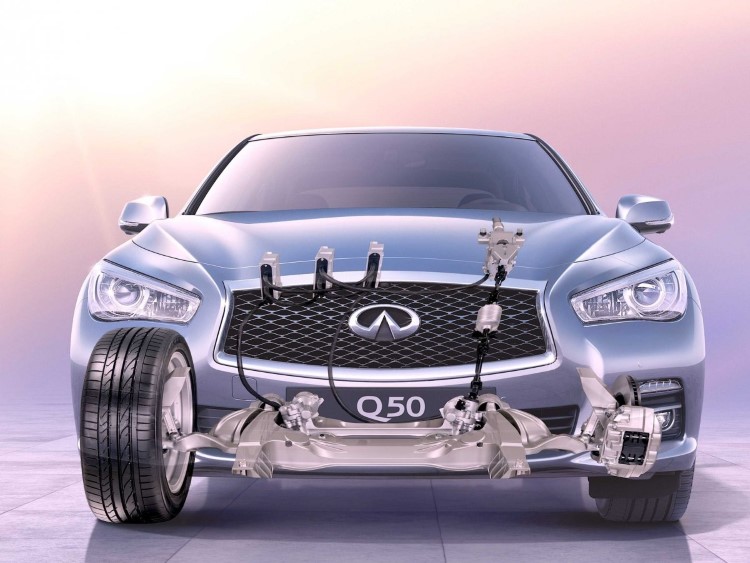 A luxury division of the Japanese automaker Nissan, Infiniti has been at the forefront of technology since its founding in 1989. A compact luxury car, the Q50 S Hybrid comes with extremely low fuel consumption and an innovative Direct Adaptive Steering feature. 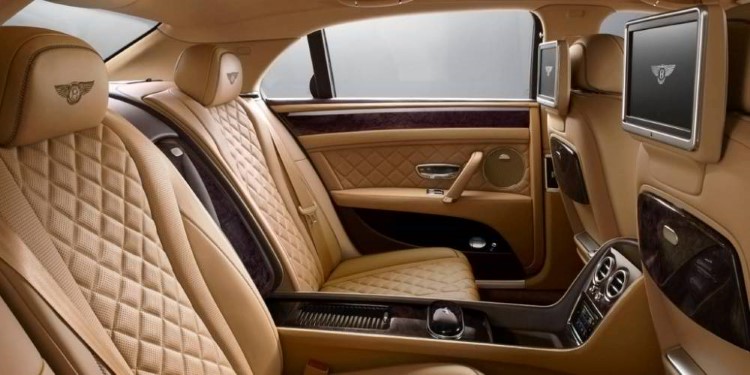 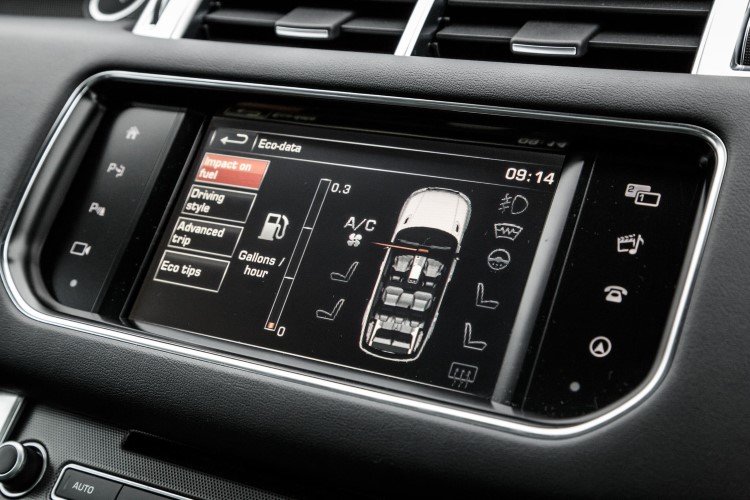 A very experienced SUV manufacturer that has had massive success on the international market, Land Rover has kept its top of the line Range Rover Sport equipped with the latest off-road technologies like Dynamic Response Suspension, Electronic Brake-Force Distribution and Reactive Grounding Control (an automated suspension extending mode). 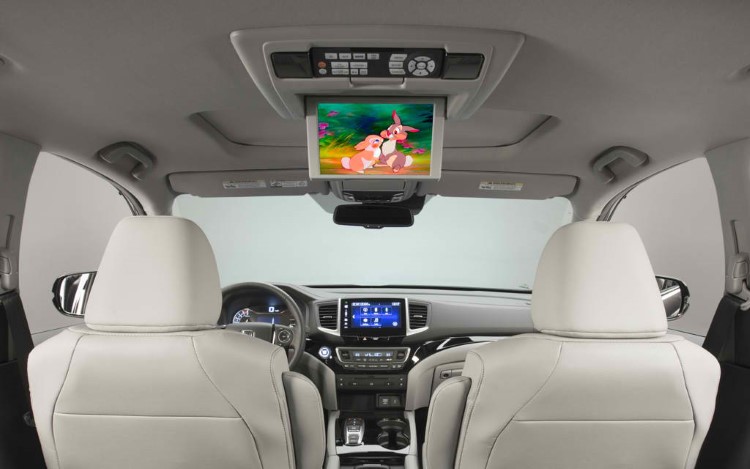 The Pilot Elite is an affordable car with low fuel consumption, sold in massive numbers. Equipped with a system named Honda Sensing (that uses both radar and a camera system,) it offers adaptive cruise control, a collision mitigation braking system, lane departure warning, forward collision warning and several other safety features that make this car perfect for a larger family.