Before the SUVs ruled the car market, especially family car market, there was a brief period when crossovers were a big hit. For most buyers, SUVs and crossovers look the same, have the same purpose and appeal to the same type of customers and that is basically true, but there are few significant differences. The SUVs were derived from actual off-roaders and retained the rugged looks and some off-road capabilities in favor of comfort and luxury. The crossovers, on the other hand, originated from minivans and when the designers and market grew tired of boxy and ugly minivans, the manufacturers started producing more rounded shapes and aggressive designs. The minivans thus became crossovers and retained the practicality and usability, but gained the looks and capability of all-wheel-drive cars which were always an option on most models. The basic purpose of a crossover is to carry as many people as possible, have a powerful engine, cruise effortlessly and provide luxury and comfort. That is quite similar to modern SUVs but crossovers excel in highway driving and refinement. That is why they are still the kings of cross country road trips and still hold their own in a world that is obsessed with SUV models. Like SUVs, crossovers come in all sizes from compact to full size. An inexperienced enthusiast might have a hard time recognizing and distinguishing a true crossover from a regular SUV but we are here to help. That is why we have compiled a list of 18 best crossovers currently on sale. 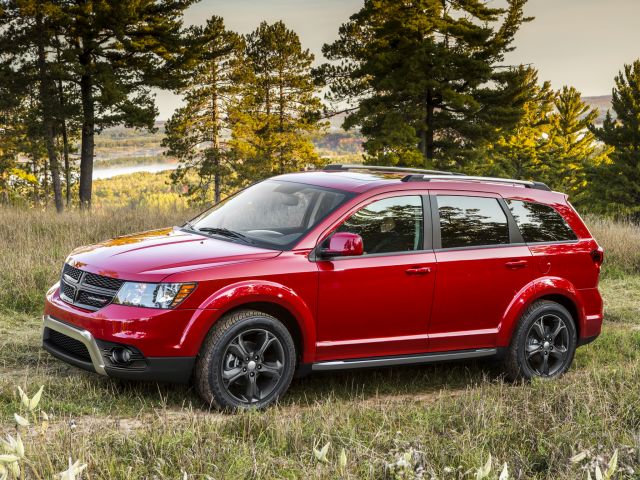 Dodge Journey is a standard crossover with features typical for the segment. It is spacious, has third-row seating and can accommodate up to 7 passengers, and it also has powerful engines. You can choose between 173 hp and 283 hp units mated to automatic transmission. The list of options is very long and despite the fact that the Journey is not the newest car on the market, it still is very popular due to low base the price of just $22,000.