18 Cars with Awesome Aero Straight from the Factory

Aerodynamics means different things to different drivers. Some crave the visual treat of a vehicle optimized for optimum airflow, and others look at the more functional aspects – increased downforce and lower drag. Some just love crazy big spoilers. Whatever the reason, a car with awesome aero is a car worth loving.

Aftermarket kits often have pieces that not only look great but also improve a vehicle’s aerodynamics, but the following cars had awesome aero from the moment they left the factory. Check them out below. 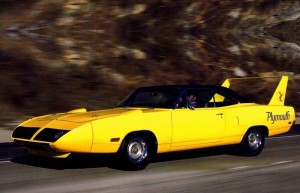 Nascars used to be high-powered cars with the aerodynamics of a brick. They motored around the ovals at a high speed but didn’t do it too scientifically. As drivers, crew chiefs and engineers figured out drafting, downforce and drag there was always going to be a team that made a big leap forward, and in 1969, the Dodge Charger Daytona arrived. The 1970 Plymouth Superbird improved on the concept, one of a pointed nose to cut through the air and a giant wing on the back of the car making sure there was downforce on the rear wheels so this bird didn’t take flight. 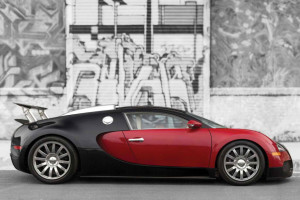 The Bugatti Veyron supercar is all about aerodynamics. Its rounded shape moves the air expertly around it. The car is naturally very low, and it gets lower as the speed increases. It has variable design elements, with the front diffuser flaps, rear wing and rear spoiler moving in real time to help the car perform at its best. In handling mode, the wing is high and downforce is at its maximum to push the car onto the road. In top speed mode, the wing disappears and drag as at its minimum. Bugatti has a neat demonstration on their website that shows how this technology works. 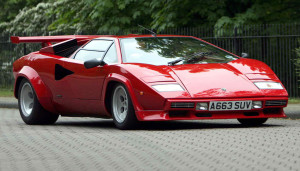 You just need to look at the Countach, which was produced during the 1970s and 1980s, from the side to see how the aerodynamics are set up. The Countach is like an arrowhead slicing through the air. During its production run, a large wing would be added to the car. Flat and low, with ducts and scoops, it had the look of perfect aerodynamics (though arguably the effect on performance was less than perfect). The V-12 engine did send drivers along at a rapid speed, and in a car with amazing style. 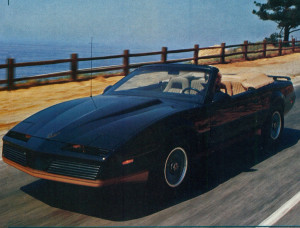 It wasn’t just David Hasselhoff that made this car famous; the Pontiac Trans Am had a shape that was futuristic and based on aerodynamic science. The headlights were hidden, the windshield was drastically inclined, there were special wheel covers, a functional rear spoiler, the car was very smooth and it had a very low drag co-efficient. 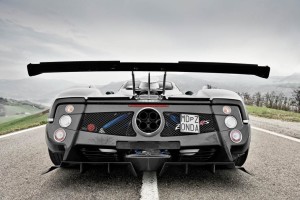 This Italian supercar has amazing aerodynamics, and the special 760RS version adds a few more tweaks and an engine producing 760 hp. The large rear wing is easily spotted, but there are also smaller winglets and fins that give the car the performance as well as the look of a race car. 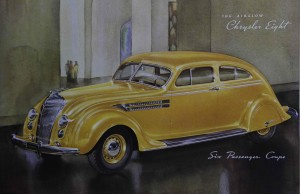 While drivers today take aerodynamic design for granted, in the past it wasn’t on purchasers’ minds. The best price and looks got the buyers, not scientific specifications. In the 1930s, Chrysler tried to change things. They had studied streamlining and in 1934 introduced the Airflow. The front of the car, including the large grill, was given a very noticeable rounded shape. It was designed for the air to flow over and around the vehicle. It made great sense, but the Great Depression kept it a curiosity, and it was not a great success. 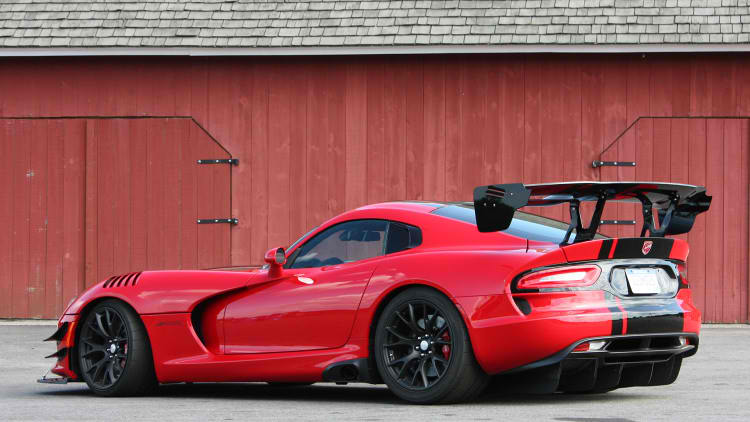 With a very large V-10 engine driving the rear wheels, keeping those wheels on the road is a challenge. Many Vipers have small aerodynamic features to do that, but the ACR has a very large one. A giant rear wing gives the ACR 1700 pounds of peak downforce, and it has helped the Viper set new speed records as it can be pushed a lot harder than other versions because it will stick to the road. 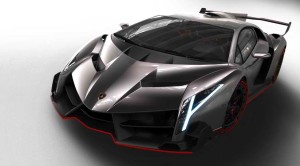 It has the look of a stealth fighter, and while it won’t evade radar speed detection, it can perform like a plane. Its aerodynamics are a major reason why. The underside of the car is all about making what little air is there flow smoothly. The slope of the front and the windshield is so extreme that air has nothing to push against. The rear wing does what wings on Le Mans-type cars do, keeping the air flowing smoothly past the vehicle and provides extreme downforce to the rear wheels. If Batman needed a new Bat Mobile, the Lamborghini Veneno would be a good pick. 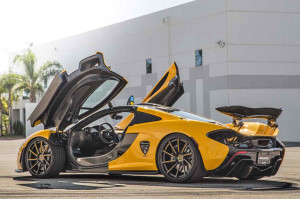 McLaren said they “shrink-wrapped” everything with the body of the P1, so there is less area for there to be drag. McLaren used their experience in Formula 1 to create a rear wing with little drag. The rear and front wing are part of the active aerodynamics system, and they adjust to what is needed when the car is in motion. That can mean 600 kg of downforce, or at a push of a button, the rear wing can move to zero degrees when the highest speed is needed. 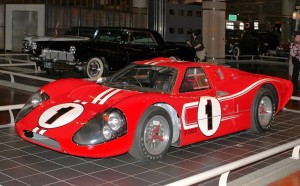 Light and powerful, the Ford GT also incorporated aerodynamic features into its design. The front has a design to cut through the air, while the back of the new GT has a wing that isn’t noticed until it has something to do. The wing pops up to various levels and changes its angle to give the car the performance it needs. You can see a video of the new rear wing in action here. 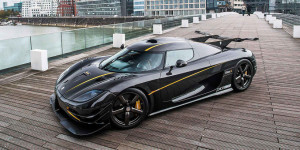 Koenigsegg say the One:1 is better than a supercar – it is a megacar. Aerodynamically, it has active and adjustable pieces, tunnels, a flat underside, scoops and vents that are recessed, very low ground clearance and a smooth shape. The company says that when going along at 440 kmph it has 830 kg of downforce, which is around 270 mph and over 1,800 pounds of downforce. 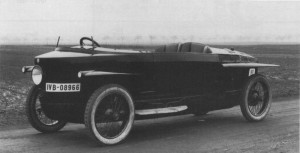 In the 1920s, there was indeed a car that was like a plane without wings. The Rumpfler Tropfenwagen was way ahead of its time; very streamlined and aerodynamic. Cars then were boxy; this was rounded. Other cars would often have three people up front; the Rumpfler Tropfenwagen only had a driver, which indicates how aerodynamic the front of the vehicle was. There was room for four people in two rows behind the driver.

The Caparo T1 is a race car for the road, with all the expected aerodynamic features. A small frontal area is important for reducing drag, so the T1 reduces as much as it can and still meet the rules that allow it to be on the streets. There is a small and pointed nose, and the only fenders are small covers over the front wheels. The car has plenty of space for air to pass compared to everything else on the roads. It is also equipped with adjustable front and rear wings.

James Bond made this car fly along the road and even travel under water at a good speed, and the low-sitting design with a high degree of incline for the front of the car and the windshield helped him do that. When first introduced in the mid-1970s, it was powered by only a 2.0-liter engine, but due to its design, it could still outperform many other cars. Later versions would have turbochargers and larger engines. Rear wings would be something else that would be added much later, but the cars kept a similar look and featured pop up headlights that helped eliminate drag during daytime. 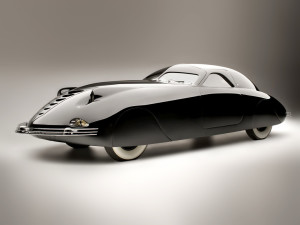 An enormous car full of technology and aerodynamics, the Corsair was built in 1938 but never made it to full production. An extremely long car, it was built with a smooth shape and covered wheels so it could slip through the air. It can be viewed today at the National Automobile Museum in Reno. 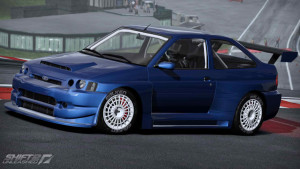 There are a number of cars that were given a large rear wing and sold for street use after proving themselves on the dirt of rally racing. This Escort from the 1990s was fast and agile and came with all-wheel drive, and is easily spotted due to the rare wing that other Escort hatchbacks didn’t have 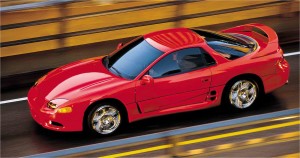 Also known as the Mitsubishi GTO and Dodge Stealth, this car was an important base for aerodynamic innovation at Mitsubishi. The 3000GT VR4 featured active aerodynamics – spoilers on the front and rear that adjusted. 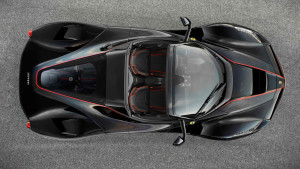 For their supercar, Ferrari “combines the maximum downforce and minimum drag coefficient at every speed and in every driving condition.” The LaFerrari does this by adjusting the wings in the front and rear as the car travels at different speeds. Wings, spoilers, flaps, diffusers, scallops, vanes, vents – the LaFerrari was designed using the wind tunnel that Formula 1 Cars are tested in.