19 Cars That Changed the World 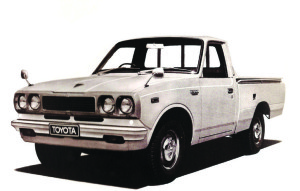 Carpenters, farmers, emergency services and many other drivers have chosen the Hilux due to its reliability and versatility. Toyota introduced it during the late 1960s and has kept making it, and making it bigger and stronger. The Hilux is up to its eighth generation of design, and is sold in many different configurations of cargo capacity and passenger capacity.