Back in 2008, the world faced a big economic recession, rising fuel prices and tough emission standards. In that kind of environment, it was hard to keep selling big luxury cars with big gasoline engines and it seemed like the market turned towards smaller and more economical cars overnight. All of a sudden, manufacturers were left with gas-guzzling monsters that nobody wanted to buy and even if they found the customer, big fuel prices presented a problem. The electric cars like we have today were still in the development process, but the hybrid technology was available and pretty soon the markets were flooded by all kinds of hybrid models, from compact cars like the Toyota Prius to luxury models like the Mercedes S-Class. Today, we are going to present to you 20 of the best luxury models with hybrid powertrain which are currently on sale. The advantages of hybrid powertrain are primarily better fuel economy and lower emissions but some hybrid cars have surprisingly good performance as well. The trick is the torque of electric motors which is available immediately and boosts the performance of the existing gasoline unit. The downsides of hybrid cars are weight and price, and this technology is still much more expensive. The manufacturers were very active in presenting hybrid versions so now we have a lot of different models, not only in compact class but in the mid-size and full-size segment. Also, there are more than a few luxury SUVs with the hybrid option and even a couple of supercars with this drivetrain. We will cover them all on this list, so let`s start. 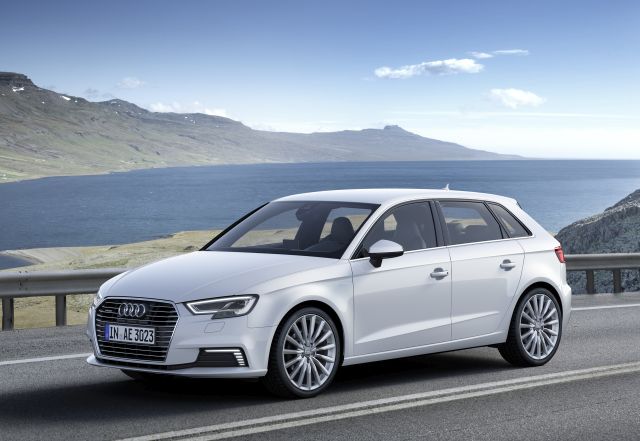 Behind this long name, there is regular A3 but with a hybrid drivetrain, luxury interior and plug-in charging. The base power is a 1.4-liter turbocharged gasoline engine paired with electric engines to provide a combined output of 204 hp. The fuel economy is exceptional and you can achieve up to 83 mpg, which is really good. The power is delivered to the front wheels through the 6-speed automatic and performance is good with 7.6 seconds to 60 mph. What`s not good is the price and the A3 Sportback e-tron starts at $38,000 with the top of the line version going for almost $50,000, which is just too much for a premium hybrid compact. 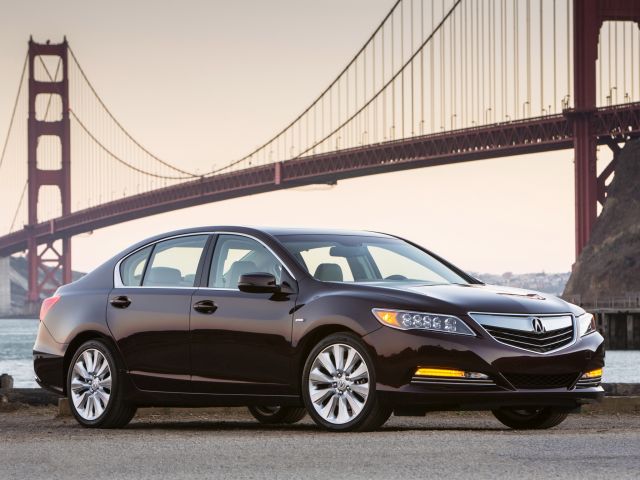 Honda’s luxury division Acura has a few interesting hybrids on offer and the luxury RLX sedan is among the best in class with elegant styling and very advanced drivetrain. The mid-size premium sedan has a 3.5-liter V6 engine which is combined with three electric motors for a total output of 377 hp and 341 lb-ft of torque. But, that is not all, since the RLX features all-wheel drive and all-wheel steering system for precise control. The fuel economy is decent with up to 29 mpg. The prices start at $60,000. 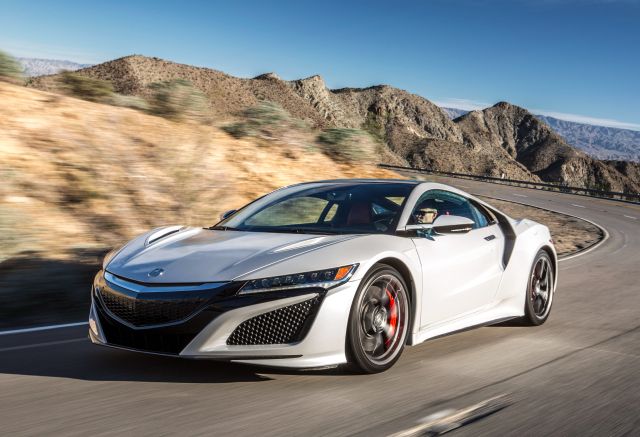 The original Acura NSX was a landmark sports car when it was released in 1989 but the new one, introduced in 2015 is an equally groundbreaking and influential machine. This is a hybrid performance two-seater with loads of technology and unbelievable performance. The main power is a turbocharged V6 paired with two electric motors, making the NSX an all-wheel drive vehicle. The combined output is 573 hp and 476 lb-ft of torque. The performance is brutal and the NSX even has very active torque vectoring system which helps it going through the turns at amazing speed. The price is reasonably high and it starts at $156,000. 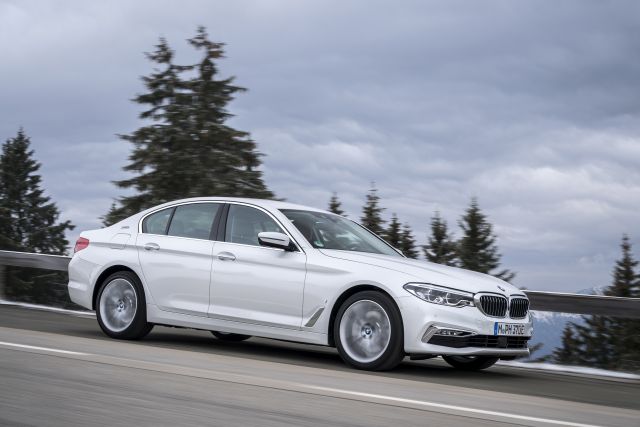 Along with a range of gasoline engines, the new BMW 5-Series has a very capable hybrid option. The 530e X-Drive iPerformance means that there is a 2.0-liter turbocharged gasoline unit paired with a 111 hp electric motor to produce a combined output of 248 hp. That power is delivered to all four wheels through xDrive system and 8-speed automatic transmission. The performance is amazing with 5.8 seconds to 60 mph and fuel economy is great with 35 mpg combined driving. The base price for this fast and green sedan is $53,700. 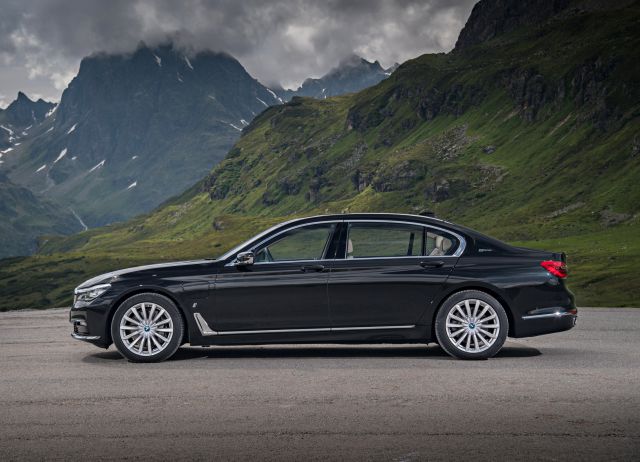 The biggest and most luxurious BMW model, the 7-Series has a hybrid version in form of the 740e model. The basic layout is similar to the 5-Series but the power is up as well as the performance, but the fuel economy is pretty much the same. The venerable 2.0-liter turbocharged engine is mated to the electric motor and now produces 322 hp of combined power, and the power is again transmitted to all four wheels. For a base price of $90,000, you will get an elegant, very luxurious and pretty fast sedan which is capable of achieving 60 mph in 5.1 seconds and still returns great mileage and helps preserve the environment. 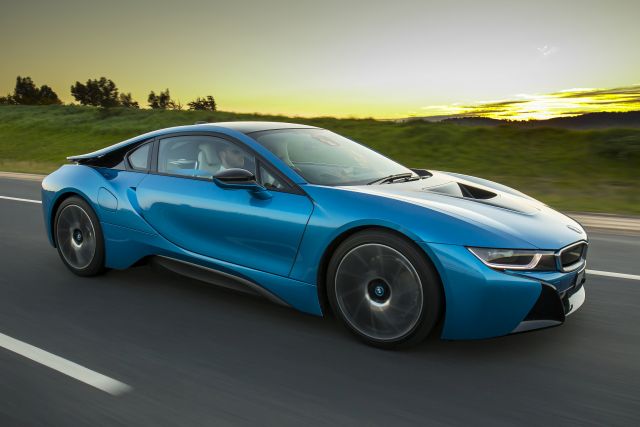 One of the best and most anticipated sports hybrids is BMWs ultra-modern i8. It is a futuristic looking two-seater with a small 1.5-liter turbocharged engine along with two electric motors and a big battery pack. The combo has 362 hp and is capable of unbelievable performance. The 0 to 60 mph sprint is possible in 4.4 seconds and the fuel economy is amazing. In ideal conditions, i8 can return 110 mpg in hybrid mode or 34 mpg in gasoline mode. The price is pretty steep but that is expected of this kind of vehicle, and to buy the i8, you will need $143,400. 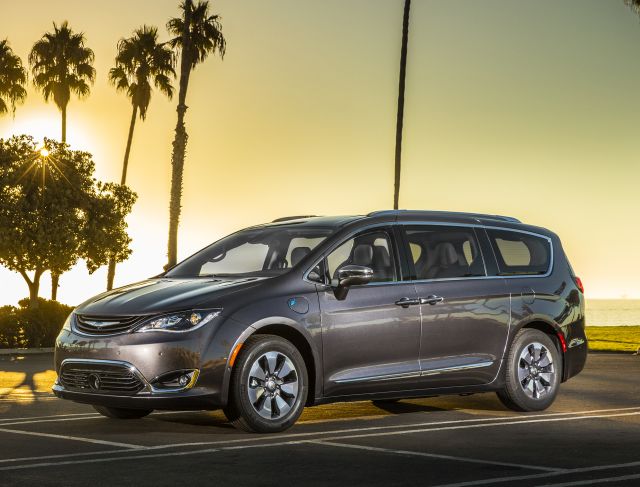 A luxury SUV with hybrid power is Pacifica’s main selling point. This is a big and fancy people carrier with loads of space and luxury features. Under the hood is a naturally-aspirated 3.5 V6 gasoline engine coupled with an electric motor for a combined output of 287 hp, which is enough for decent performance and very good fuel economy. Chrysler is announcing that you can achieve almost 88 mpg highway driving which is quite an achievement for a big and heavy minivan filled with luxury options. The prices start at $41,000. 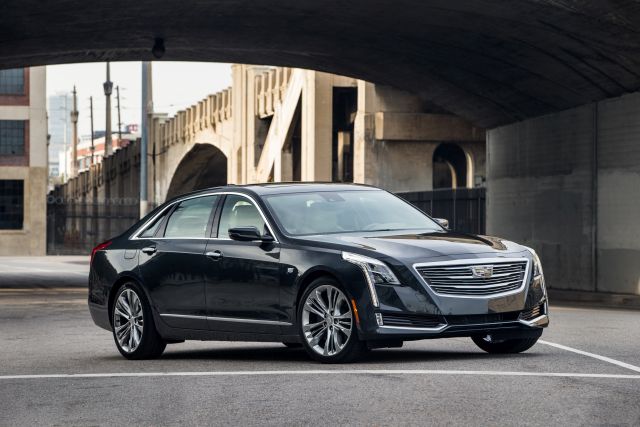 When you think of old Cadillac, you think of big land yachts with gas guzzling engines. But, Cadillac for the 21st century is quite different. For example, the CT6 Hybrid. It is a fantastic looking, modern and elegant luxury sedan with a 2.0-liter turbo engine, two electric motors and 335 hp of combined power. It is capable of achieving 60 mph in just 5.2 seconds and return up to 65 mph in fuel economy. Those are fantastic numbers for a great car and with the base price of $76,000 it is also cheaper than the competitors. 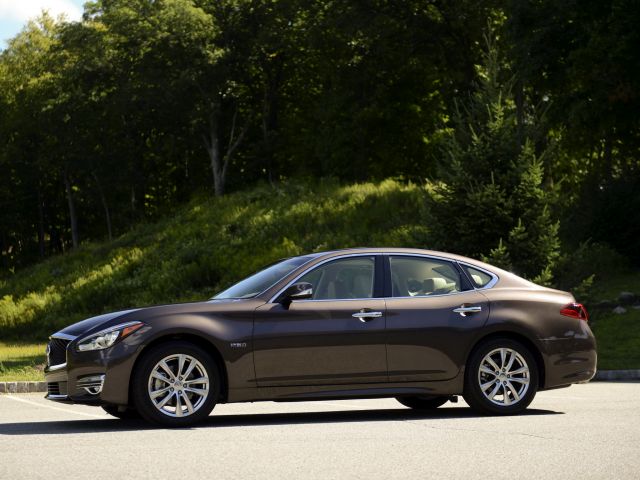 Infiniti’s biggest sedan, the elegant Q70 also has a hybrid version. The basic layout consists of a 3.5-liter gasoline V6 engine and a couple of electric motors which, combined, produce 360 hp. The power is transmitted to a 7-speed gearbox and the fuel economy is decent at 33 mpg highway. This is a comfortable sedan with lots of room and luxury creature comforts. If you are looking for performance, this is not the first choice but it still is competent on stop lights and highways. The prices start at $52,000. 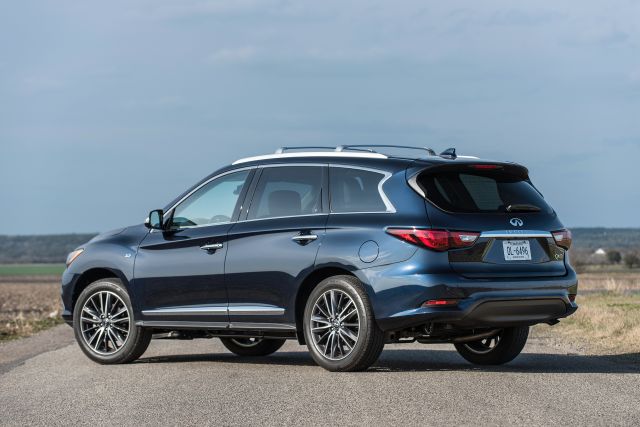 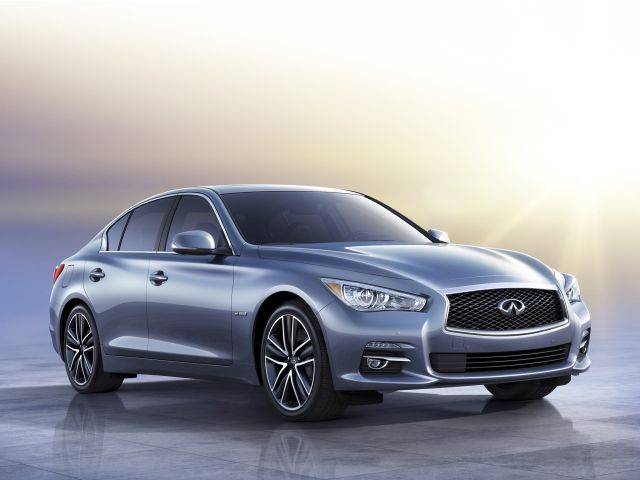 If you are looking for a sportier alternative to hybrid vehicles, the Q50 could be the solution. With 36 mpg and stop-and-go technology, this Infiniti is an efficient sedan. The power comes from 3.5-liter V6 with electric motors which equals to 354 hp. All that power is sent to rear wheels via 7-speed transmission which makes performance pretty lively. All-wheel drive is available and the prices start around $42,000. 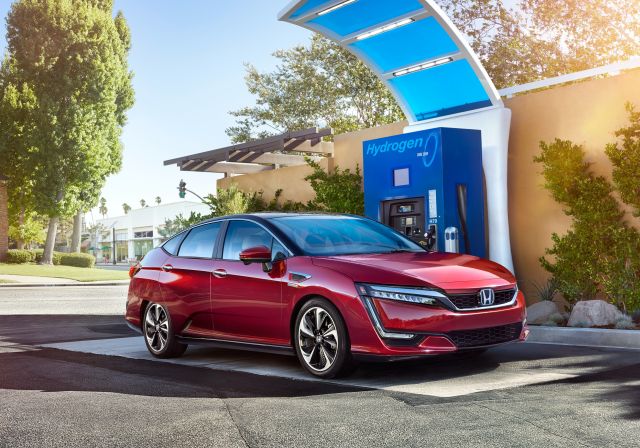 This is a very interesting vehicle since it can use gasoline, electric power, and even hydrogen. In fact, Clarity is the vehicle of the future available today. The plug-in hybrid will assume most driving duties before the 1.5-liter gasoline kicks in if the road conditions become too demanding. The 174 hp seems enough for decent performance and you can use hydrogen for fuel if you can find it. However, the price of such an advanced vehicle is pretty high at almost $60,000. 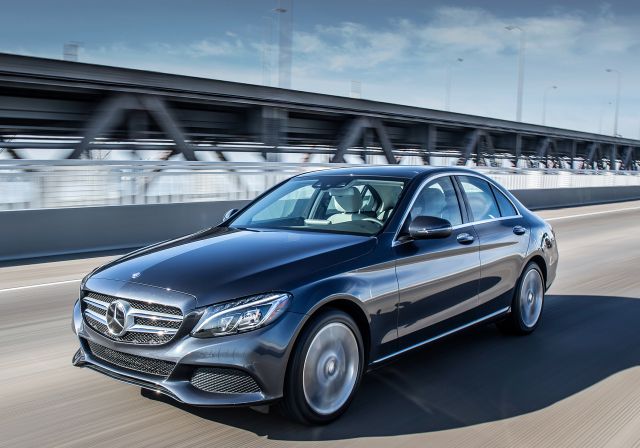 The luxury market wouldn’t be complete without Mercedes-Benz, and the German brand has many luxury hybrids on offer. The first one is the C350 which has a 2.0-liter turbocharged engine paired with an electric motor for a combined output of 275 hp and very good performance. The fuel economy is also above the average at up to 61 mph highway. Of course, luxury and performance don’t come cheap and the C350 Hybrid is priced from $46,000. 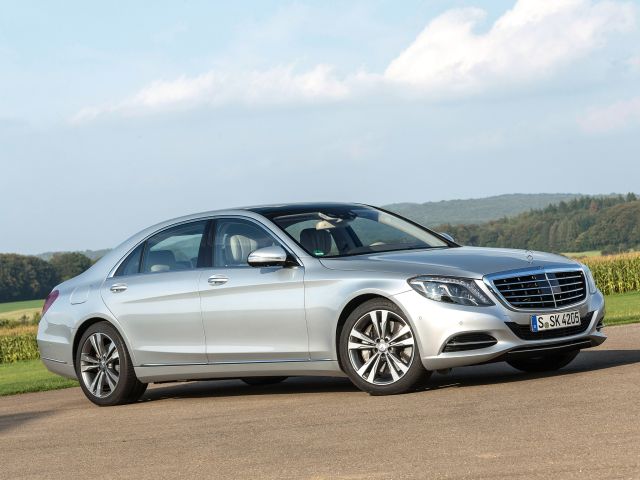 The biggest regular Mercedes model is the mighty S-Class and it was only natural that it would be getting a hybrid version since the competitors all have one. The S550 Hybrid has a 3.0-liter turbo V6 with electric motor and the combo produces 436 hp and amazing performance for such a big and heavy luxury sedan. The 0 to 60 sprint is achievable in 5.1 seconds and fuel economy is in high 30s range. Of course, this land yacht has a high price tag and the S550 Hybrid starts at $96,000. 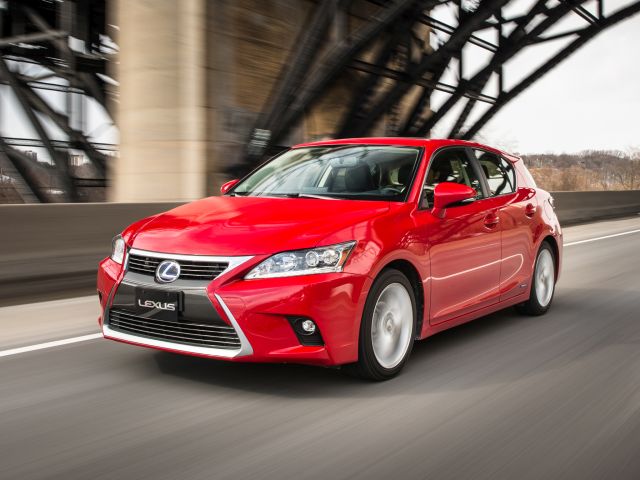 Lexus has been known as one of the first big car companies that have welcomed hybrid vehicles in its lineup. That is why there are several interesting hybrids in the Lexus stable. The first and smallest is the CT Hybrid, a premium compact hatchback with great styling and features, but modest performance. The CT uses Toyota Prius drivetrain which makes it very economical (42 mpg) but very slow due to the fact it only has 134 hp. The prices start at $31,000 which is cheap compared to some other competitors. 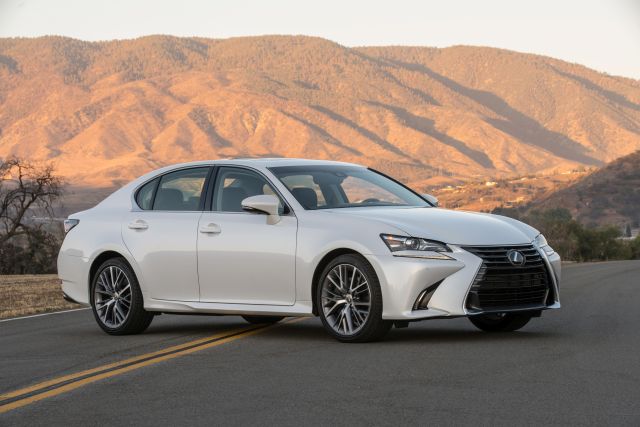 The GS is a full-size luxury sedan which also comes as a hybrid. The gasoline V6 engine is paired with two electric motors to achieve 338 hp of combined power which is enough to launch this big sedan to 5.6 seconds 0 to 60 mph time. Also, it returns up to 34 mph of combined driving which is a good result knowing the size and weight of this luxury cruiser. Starting at $64.000, Lexus GS is not a cheap car but it is worth it. 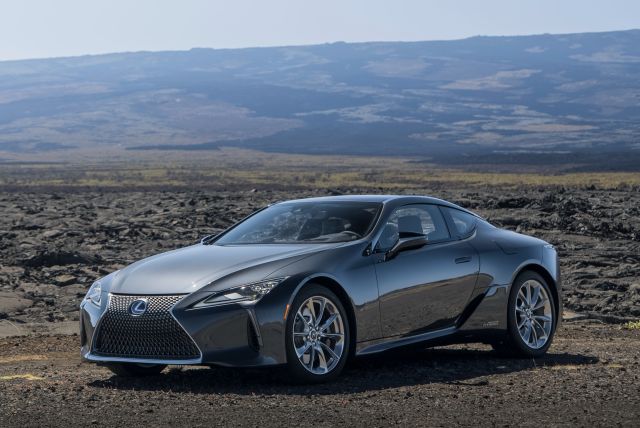 The most interesting part of Lexus’ hybrid model lineup is the gorgeous LC coupe with hybrid powertrain. At $96,000 this is a premium GT coupe with exclusive luxury features and trim, which is also capable of jumping to 60 mph in just 4.7 seconds and returning 35 mpg. Power comes from a gasoline V6 which is mated to electric motors and the result is 354 hp. It is truly a flagship coupe and hybrid powertrain just makes it more interesting and unique. 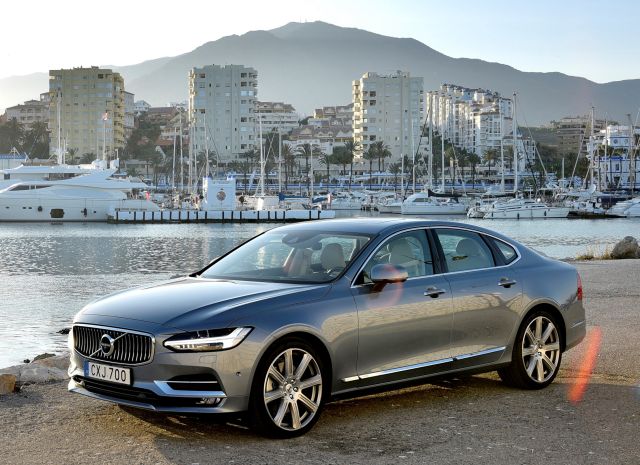 The new Volvo S90 is quite a stunning vehicle with its perfect styling, carefully crafted interior and great driving dynamics. However, Volvo knows that in order to have its lineup complete it must have a hybrid version available and that is why it has introduced the S90 Hybrid. The combined power of gasoline and the electric motor is healthy 407 hp. Power is sent to all four wheels over 8-speed transmission and the fuel economy is decent at 33 mpg and if you want to buy this elegant Swede, be ready to pay $49,000 base price. 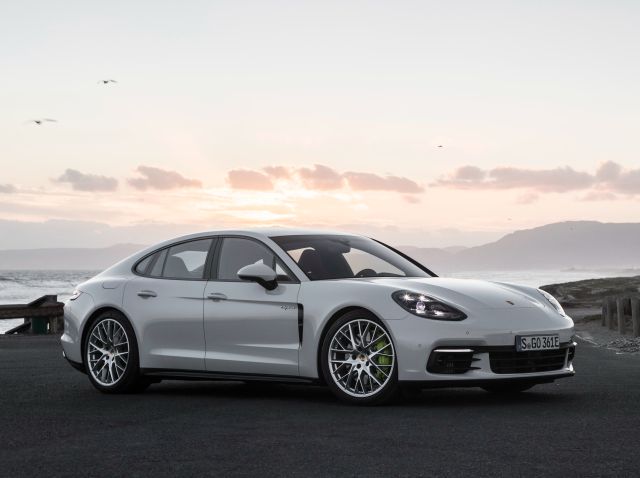 The king of sports sedans, Porsche Panamera has a hybrid variant and it is pretty fast and capable. Under the sheet metal, there is 462 hp of combined power output, intelligent all-wheel drive system, and brutal performance. The 0 to 60 mph takes only 4.4 seconds and fuel economy is improved. However, this kind of performance doesn’t come cheap and the base price for the Panamera Hybrid is just under $100,000. 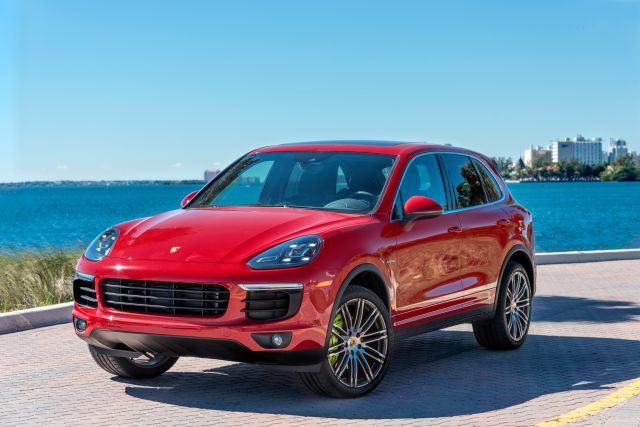 The original Cayenne Turbo was considered as one of least fuel-efficient SUVs on the market, so Porsche answered with the hybrid version. With the combined power of 416 hp and 0 to 60 mph time of 5.4 seconds, this luxury SUV is properly fast. Also, very economical with a combined result of 47 mpg. The prices start at $79,000 which is still cheaper than the Panamera E-Hybrid.