20 Cars Cops Love to Pull Over

It’s the moment many drivers dread; you crest a hill or come around a corner and there’s traffic police waiting.

Eyeing you as you drive by, they rip around and quickly pull in behind the car. Despite driving as safely and carefully as possible the nerves hit and your chest tightens, fingers gripping the wheel – then it happens: lights flashing, siren wailing, and that’s it, you are getting pulled over.

Most drivers have experienced this at least once, maybe when they were a new driver, or one day late for work and in a hurry, or even cruising around with that friend who never seems to see the cops until it’s too late.

No matter the reason, once you are ticketed you start examining why and how it happened. Sometimes it’s obvious, the squeal as the tires let loose or the dive of the nose on the car as you slammed on the brakes, but sometimes your left to wonder, “Did I really even do anything?”

One look at the bright red sports car can serve as a reminder; some cars are just ticket magnets. Here we’ll examine twenty vehicles that cops just love to pull over; in no particular order, they range from classic sports cars to the Hondas of the Fast and Furious generation to the supercars and hypercars of the elite. The question is – do more reckless drivers choose these cars, do these cars somehow make owners drive more recklessly, or are they just cars too audacious to avoid the attention of the police? 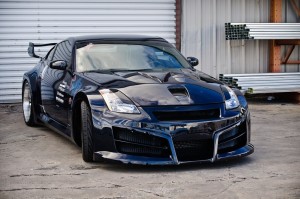 The culmination of decades of experience in the design and building of wicked fast production and race cars, the 350Z 7899 is powered by the legendary bulletproof VQ35DE that hovers around 300 hp and propels this RWD sports car to a top speed of 160 mph from the factory. With a long sweptback hood and aggressive bodylines, it’s no wonder that these catch the eye of watchful cops around the country. 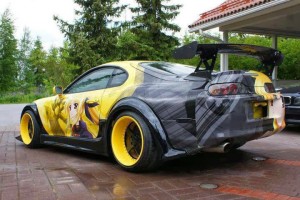 Is it the massive yawning front end, the hyper-aggressive side venting or the giant wing that gives the A80 away as a force to be reckoned with? Perhaps, but a definite contributor is the twin turbo six cylinder that pushed out a screaming 320 bhp in stock factory form. The whine of the turbo as boost pressure builds is a dead giveaway that this Toyota monster is packing some serious muscle under the hood. 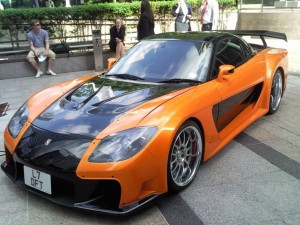 Although rare, these Wankel rotary powered machines are beloved by the tuning community for their well-built motors and intense aftermarket support. The RX-7 is still Mazda’s premier sports car and gained a cult-like following after heavy appearances in tuner literature, movies and video games. The twin turbo vision lay down 275 bhp and gave smooth linear boost especially when mated to a close ratio 5-speed transmission. 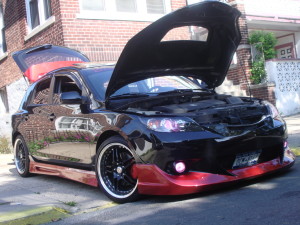 A newly launched lineup from Mazda, the 3 series has variants from mild to wild. The Mazdaspeed 3 was designed from the factory for a sporty and fun-filled driving experience. The peppy motor produces 270 bhp, plenty to get in trouble with the law as you speed around in this hot hatch. 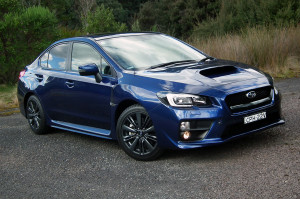 One of the best things to come out of the growing popularity of rally racing is the increased acceptance and demand from the public for machines comparable to what the pros were tossing around the track. Subaru’s turbocharged cars with AWD, finely tuned suspensions and aero kits plastered big grins on many faces when they were first released in 2000, and quickly became a enthusiast’s dream thanks to the 2.0 boxer motor that was forgiving and easy to work on. 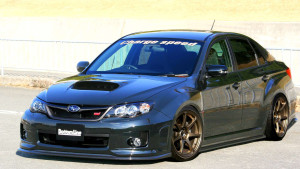 As if the rally inspired WRX wasn’t enough, in 2005, Subaru introduced what is basically a race spec version of its street machine and the world started to fawn over the powerful and menacing STI. With a fat hood scoop, raised rear wing, aggressive fender flares and giant race brakes, the STI looks a like a machine that is meant to be driven hard. With 300 very tunable horsepower and the same amazingly sticky AWD, the STI can go just about anywhere – and fast. 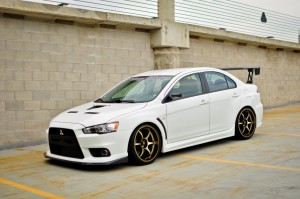 The Evo is another car that has its roots in the rally-racing world. Designed and released to compete with the Subaru WRX, it boasts a similar compliment of race car inspired features. Something that lead to many excited purchasers and likely even more tickets is the car’s iron block that could handle outrageous levels of boost – think 40-50 pounds. 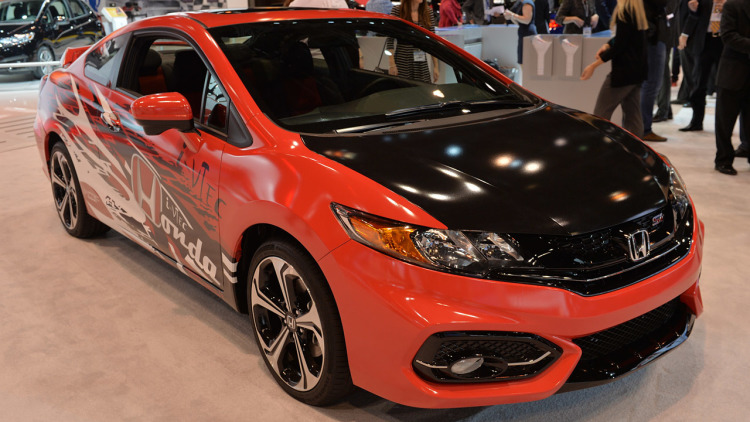 While maybe not a rocket in stock form, the Civic’s unstoppable motors, gigantic array of aftermarket parts and simple logical nature make them a top choice of tuners and newcomers to the street car scene. Catapulted to popularity by the Fast and the Furious movies, the Si edition has been offered for nearly thirty years and adds race inspired factory features to the cars. With some models sporting huge wings, ridiculous body kits and eye-catching paint jobs, it’s no wonder that there are the frequent target of speed traps and perceptive officers. 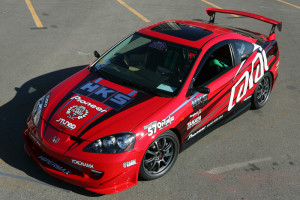 A sportier offering from Acura, the RSX Type-S came with many upgraded features from a 200 bhp 4 naturally aspirated 4-cylinder to a 6-speed transmission and beefy suspension bits. The racy shape and low profile of the sleek coupe made it as popular with drivers dedicated to pushing these little cars to the limit. 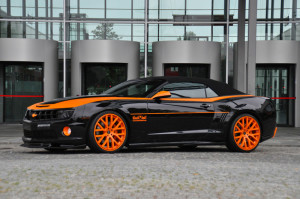 One of the classic sports cars, the Camaro has been terrorizing streets around the country for almost 50 years. Even in its initial form, hot rodders saw the potential of the muscle car, and as it developed over the years, the newest iterations are all but race ready. The ZL1 has an incredible 10-speed tranny mounted to a massive V8 cranking out 640 supercharged ponies. 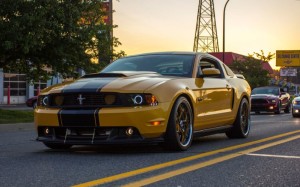 Speaking of ponies, no list of cop attention-getters would be complete without the classic Ford muscle car, the Mustang. Thanks to versions created and tuned years ago by Roush and Shelby, the mustang has long been at the top of the list of race-able street cars. 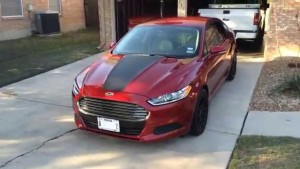 The second Ford to make it onto the lost this newer offering from the company has become a popular sedan and it is beginning to enjoy a decent amount of aftermarket parts and tuning support. With an optional 220 bhp V6 motor and tuning package available from the factory, this family car may not be a rocket but has plenty of pep to get a driver into some trouble. 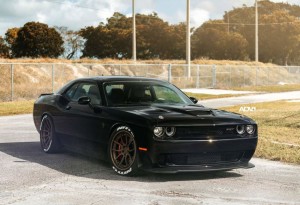 There is a long list of venerable gasoline powered monsters that have come from the storied Dodge brand, but none so venerable and sought after as the legendary Challenger. Available initially with a 7.0-liter V8 this muscle cars performance has only improved over the years, with the new SRT Hellcat coming with an astonishing 707 bhp, able to hit 200 mph and go 0-60 in just 3.6 seconds. 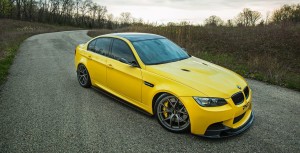 German brands weren’t content to let the Americans steal all the racing thunder back in the day and quickly developed their own tuned variants of current production cars. Among the first of a long line of M-powered semi-race cars was the M3, based on the popular 3-series chassis. From its inception in 1986 to the current 414 bhp E90 model, the three stripes followed by an M are a sure way to get a watchful police officer’s attention. 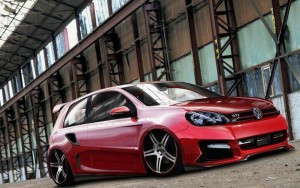 Volkswagen may make cars for the people, but the GTI name badge is reserved for those people with a tendency to speed and corner hard. Bestowed upon machines that have gone above and beyond the German manufacturer’s traditional attention to detail, GTIs are cars made for drivers. 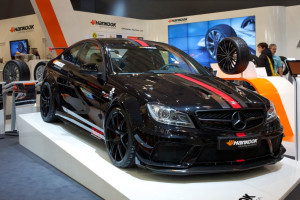 AMG is the performance tuning division of Mercedes, and the cars they produce have been held to the highest standards for 50 years. The CLK Black Edition is a one of their recent triumphs and is a marvel of automotive development. The aggressive lines and generous use of carbon fiber speak to the racing pedigree, and a 500 bhp V8 propels it effortlessly across the road or track. 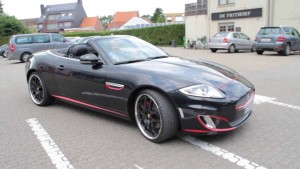 While Jaguar has always produced successful and eye catching sports cars, the company has really ramped up performance with the introduction in 1995 of the R series. The cars have tuned engines, revamped suspensions, and advanced electronics to keep drivers informed and in control. The newest model, the XKR can hit 175 mph and is already a darling of lead-footed lawyers and doctors alike. 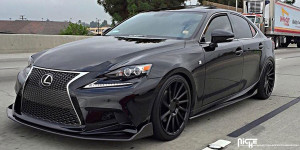 Lexus has been the go to luxury brand for well-heeled buyers looking for reliable high-end driving machines. It only recently began to dip into the performance segment when it unveiled the wicked fast, purpose-built sports car, the ISF. Sporting enhanced handling and performance, adaptive suspension and steering, and aggressive bodylines, these impressive cars allow the driver to speed in comfort and style. 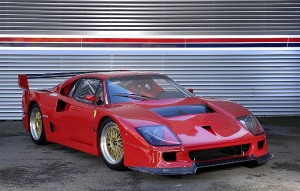 This ticket-generating machine is one of the most race ready cars to roll out of Ferraris famed factory in Maranello. Painted in the classic bright red and producing 471 bhp from a twin turbo V8, this F1 inspired performance machine has the potential to do 0-170 mph in just 25 seconds, making it possible to get a ticket on just about any road in the country. 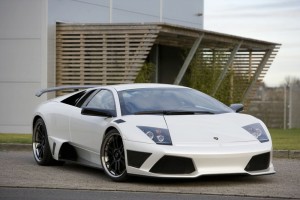 The halo car of its namesake auto manufacturer, driving the Murcielago LP640 is like flying a big flag that screams “pull me over”. Available in eye catching colors from bright orange to neon green, these 630 bhp monsters can run the quarter mile in under 12 seconds and hit top speeds over 200 mph.