20 Cars That Lost the Battle With Extreme Weather

It doesn’t really matter where you live, each corner of this planet has some kind of challenging weather conditions. It can be continental climate with snowy winters and potential floods or tropical storms and hurricanes. That kind of weather can really affect traffic and produce some pretty devastating results. Today, we are going to show you 20 cars that definitely lost the battle with extreme weather. This really shows the power of Mother Nature which can sometimes be really scary. 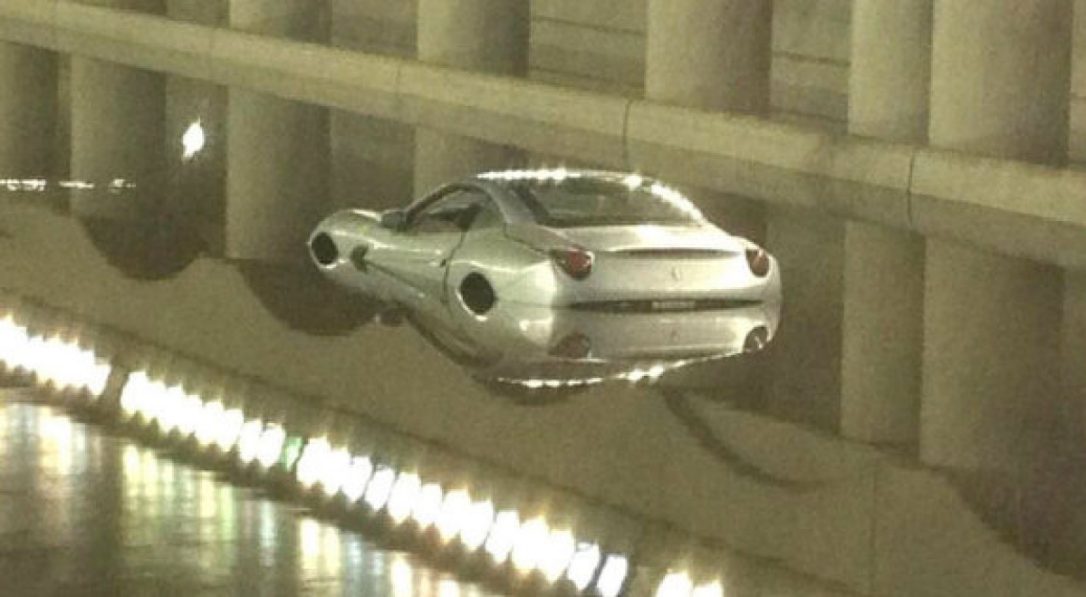 In 2013, Toronto was hit by torrential rain causing big floods in the city. One of many automotive casualities was this beautiful Ferrari California, which was caught by the deep water. Such a shame, since the California is one of the best looking cars currently on sale. But don’t feel sorry for the owner, the insurance company got him a new one.

Luxury coupe in the sea 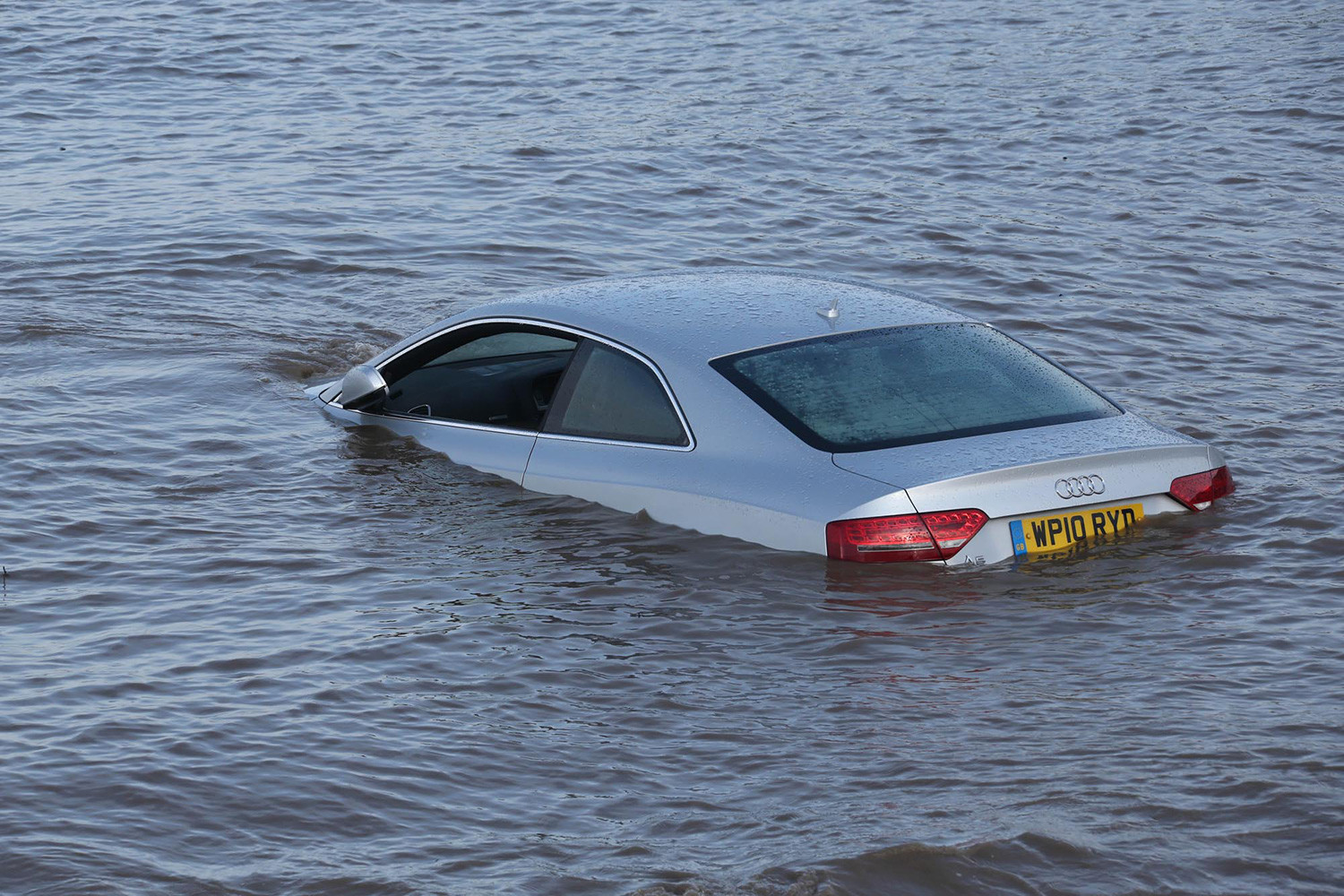 Parking near the water sounds a like cool place to leave your car for a day at the beach, but you have to consider the tide. When the tide can rise as much as 12 meters in matter of hours, you could have a big problem. That’s exactly what happened here, and this once shiny Audi A5 was submerged in Somerset, England. 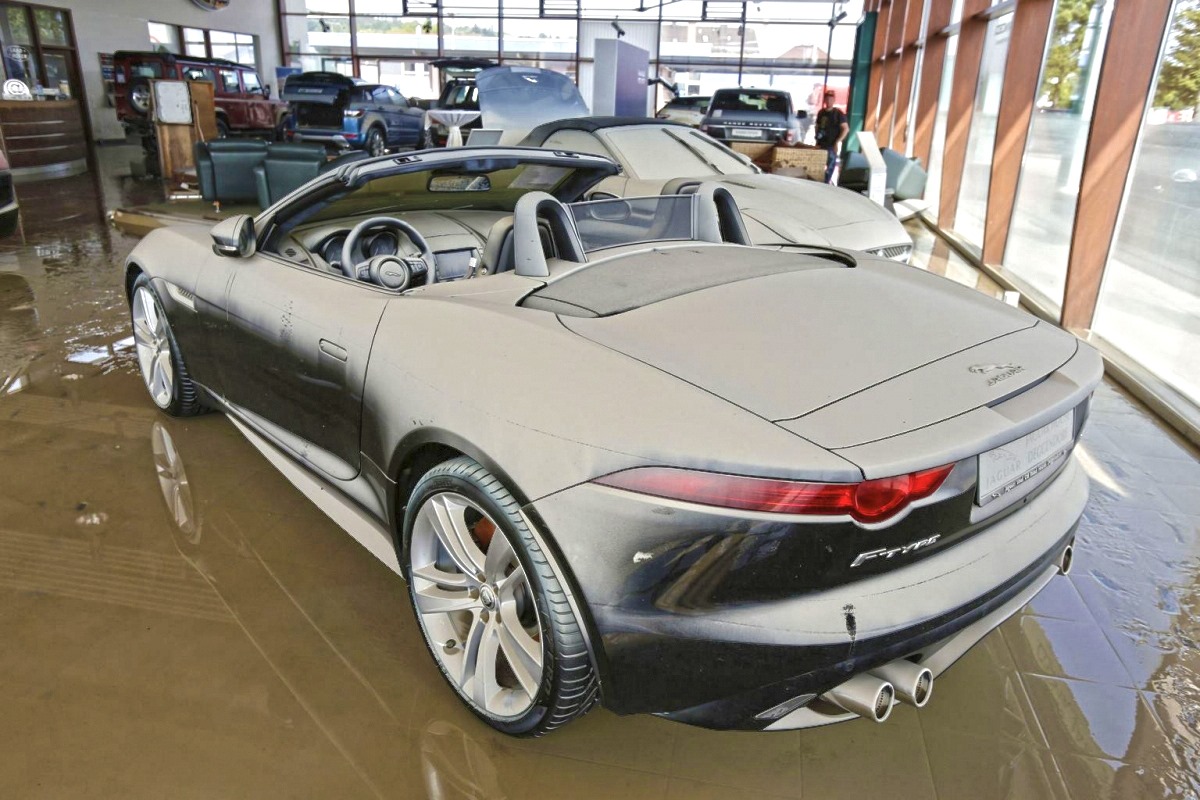 In recent floods which had affected Germany and Hungary, a whole Jaguar and Land Rover dealership was flooded. All cars were declared total loss and the dealership building was destroyed as well. However, we feel most sorry for this beautiful Jaguar F-Type roadster which didn’t even have the chance to be driven by its new owner. 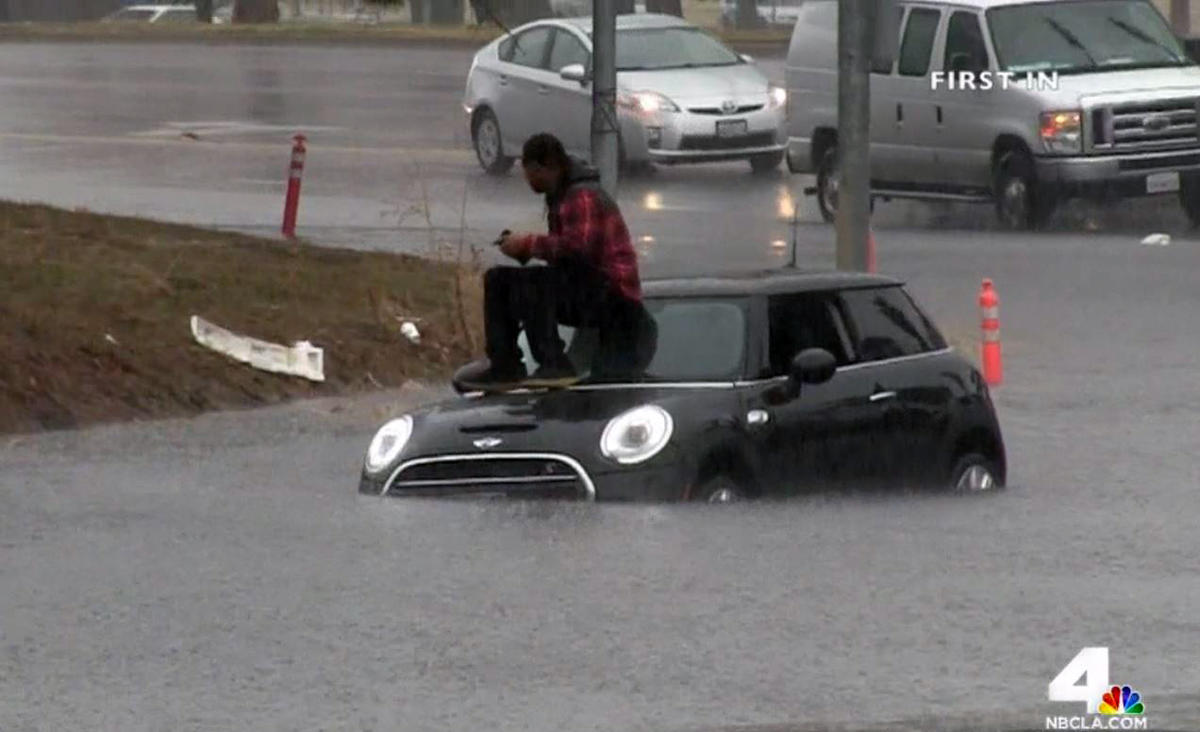 January 2017 was very rainy in Los Angeles which caused a lot of difficult traffic situations. This Mini driver obviously miscalculated the depth of the water and ruined his car. The only thing he can do is sit on the roof and wait for help. 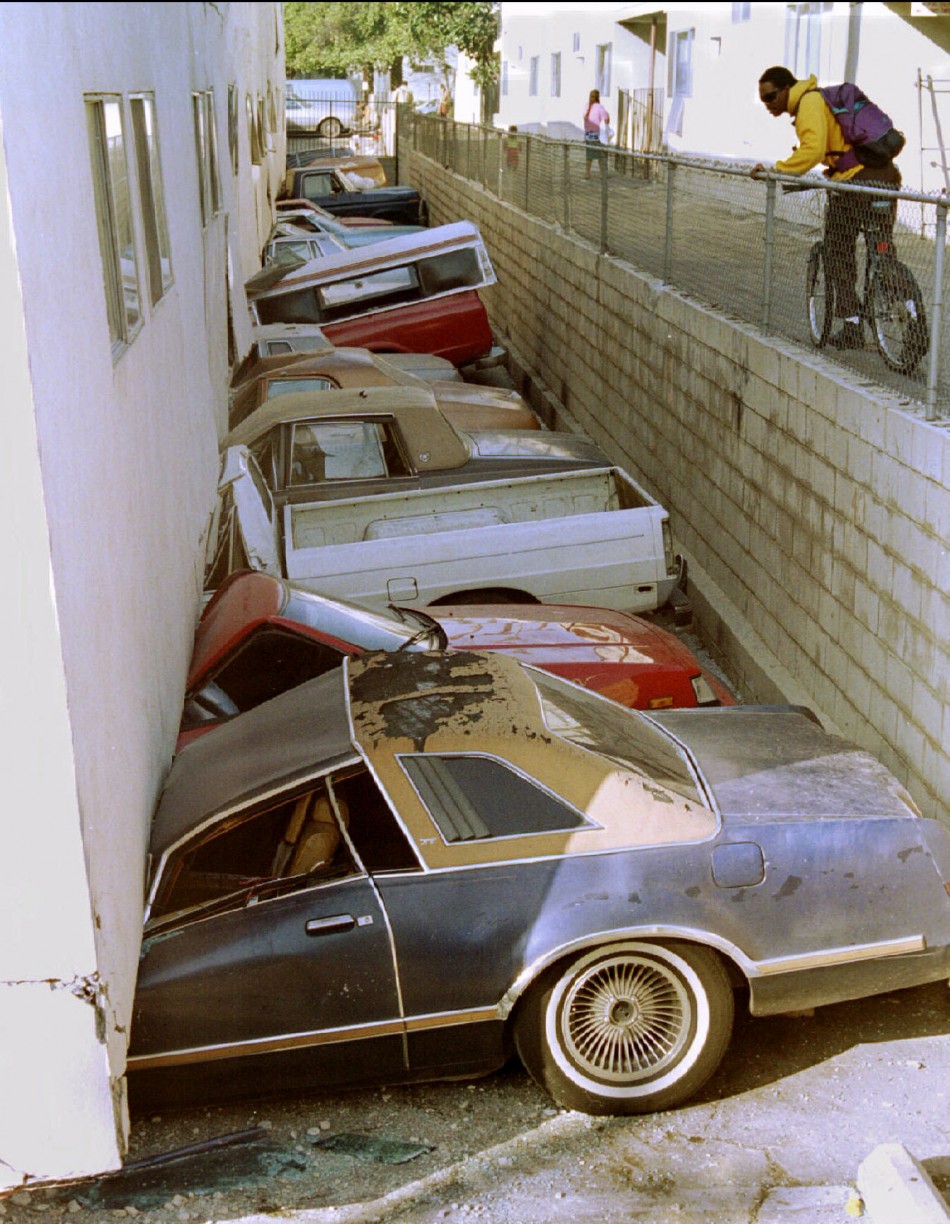 During one of the recent earthquakes in the USA, building foundations gave up and the whole building moved and fell on a car park. The cars didn’t have a chance but fortunately, nobody was hurt. 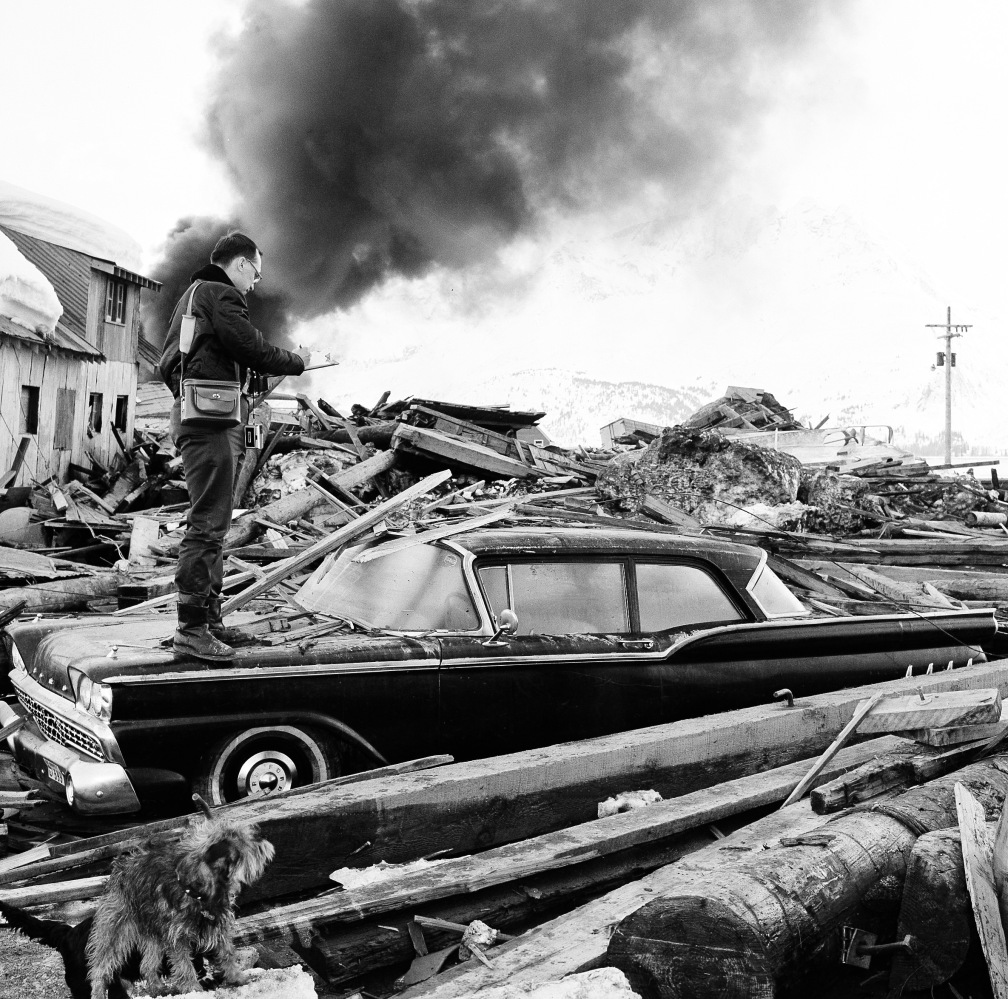 In the aftermath of the devastating 1964 Alaska earthquake, this reporter used a ’59 Ford as his observation point. Despite looking somewhat complete, this poor Ford was also flooded as well as damaged by fire. 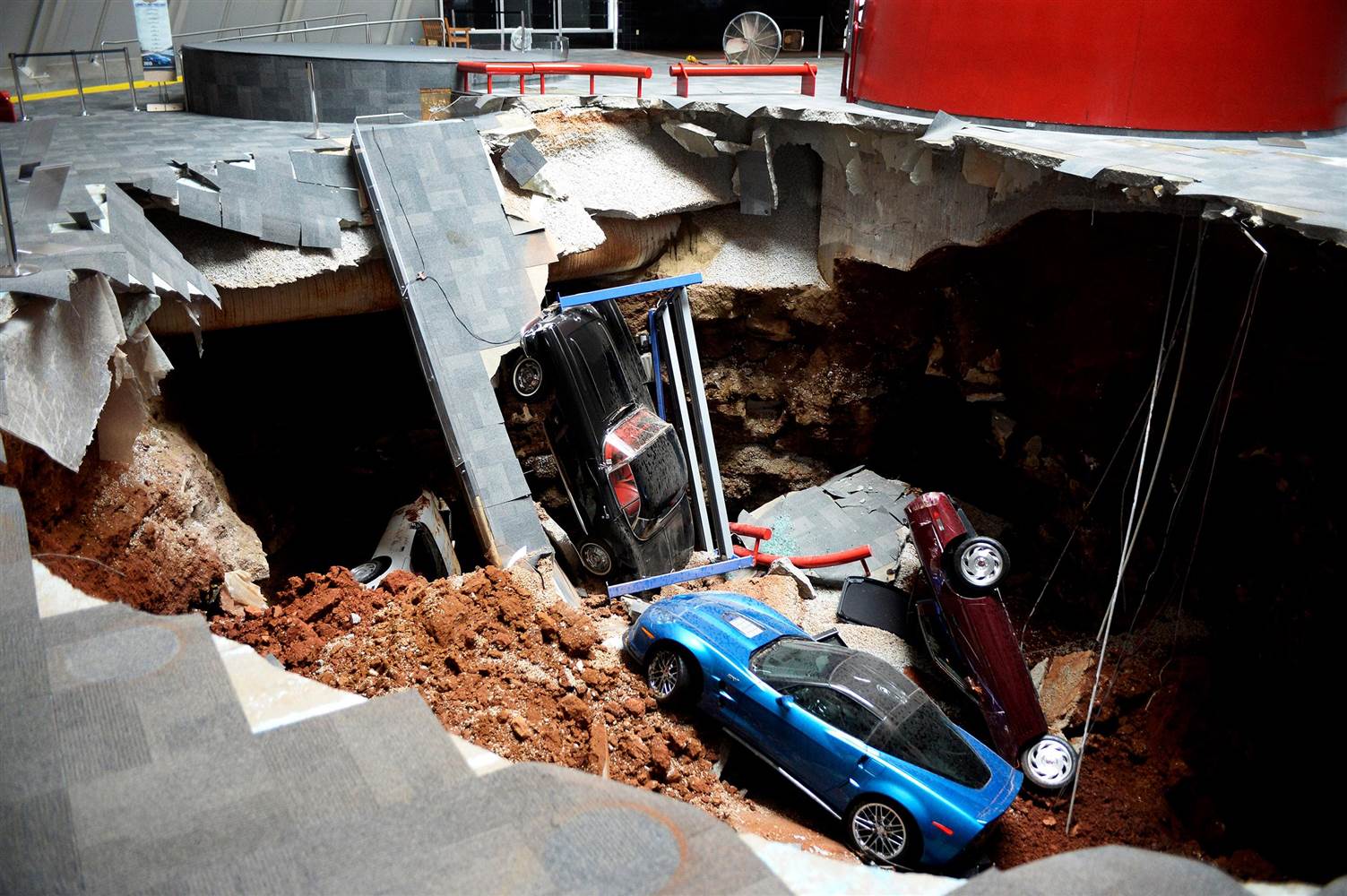 A few years ago the automotive world was shocked to know that the famous Corvette Museum in Bowling Green suffered a massive sinkhole which swallowed a couple of precious cars. Sinkhole was the result of massive rains in the area and floor of the museum gave up causing terrible damage.
Street has swallowed the bus 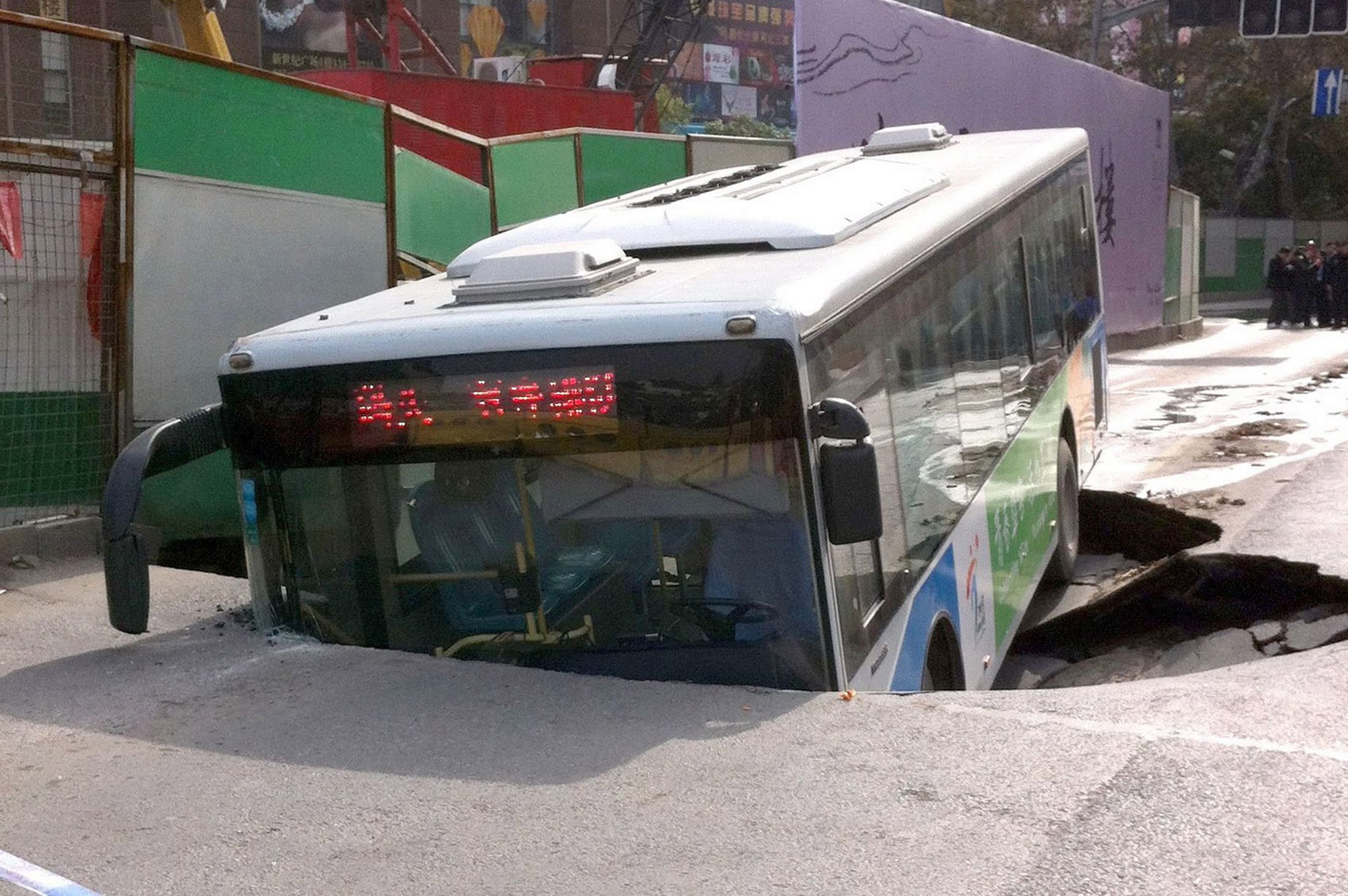 Sinkholes are driver’s worst nightmares. They suddenly appear, caused by rain, earthquakes or sometimes by just poor road quality. Sometimes, they can be so big that they manage to swallow a whole bus.
Ice cream car 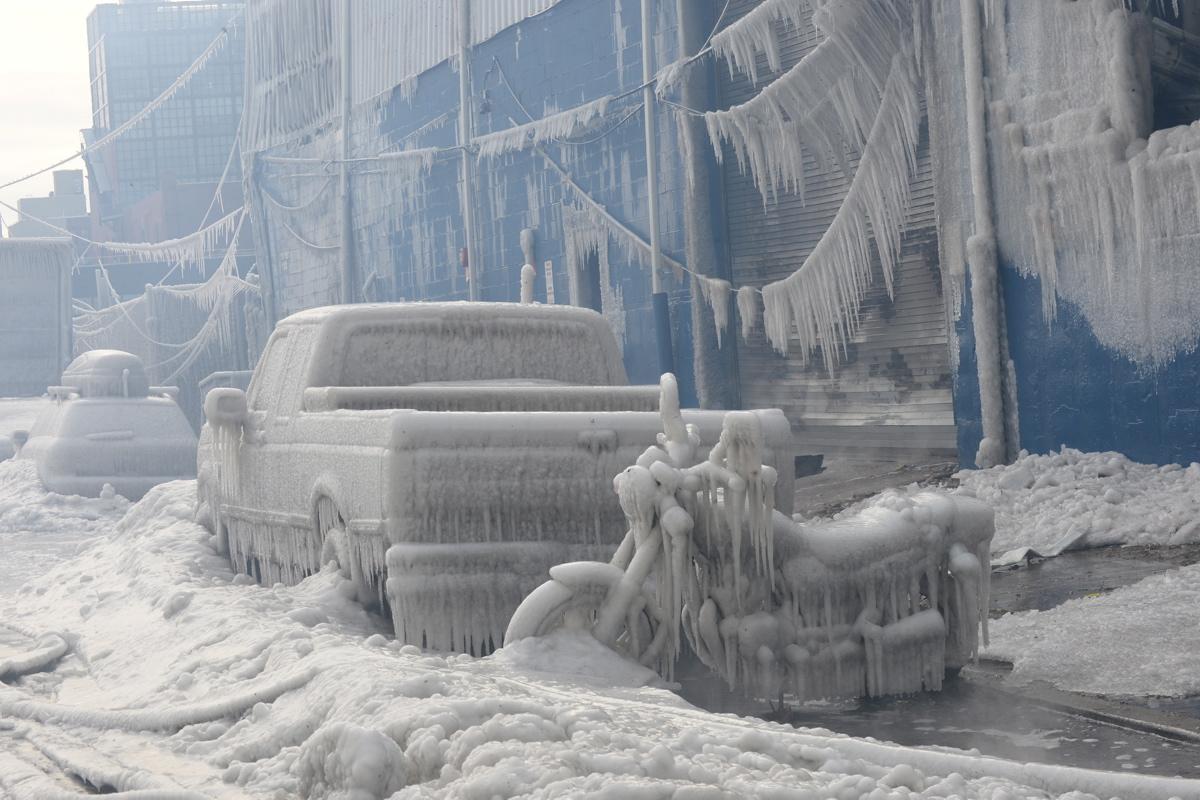 What would you do if you found your truck and your bike in this condition? Try to free it from icy chains of winter or wait until spring? Or just call a taxi.
Find your car in the snow 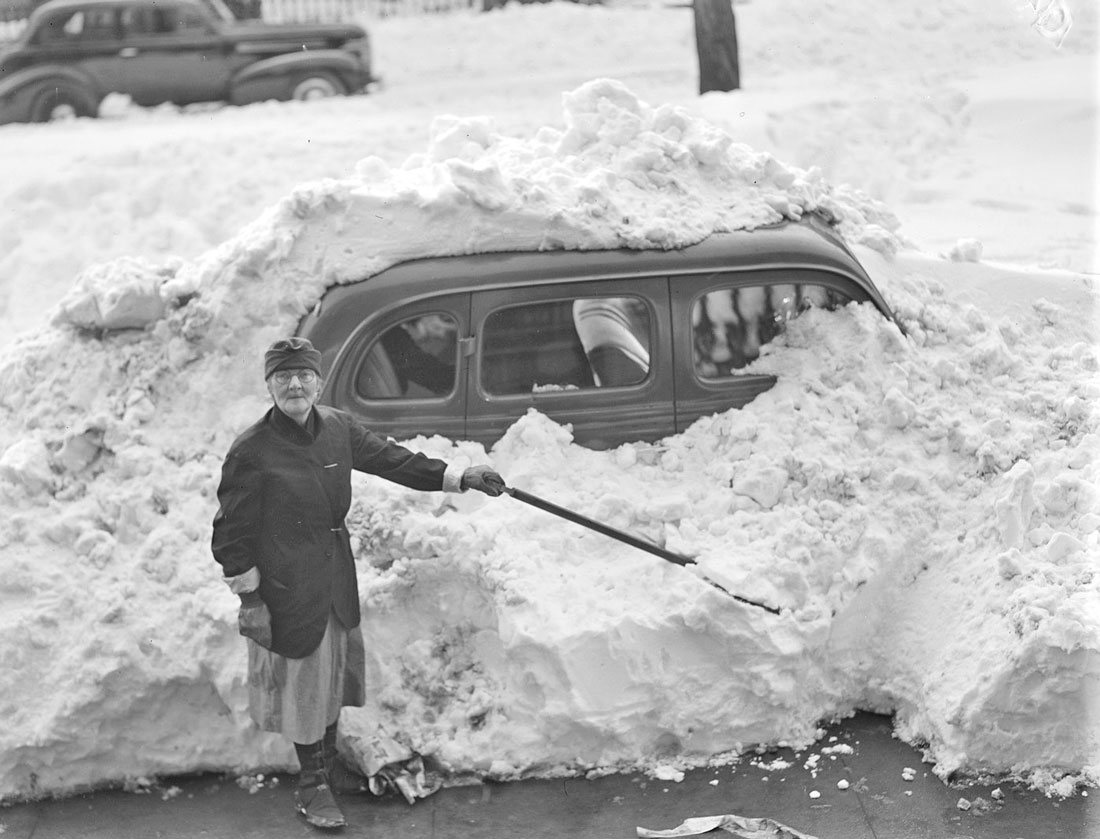 Snow is among the nastiest enemies of traffic. Small amounts are OK since they don’t affect driving that much. But, big snow storms paralyze the city in matter of hours. The biggest snow storm in Boston covered the streets with so much snow that people couldn’t find their cars.
Snow umbrella 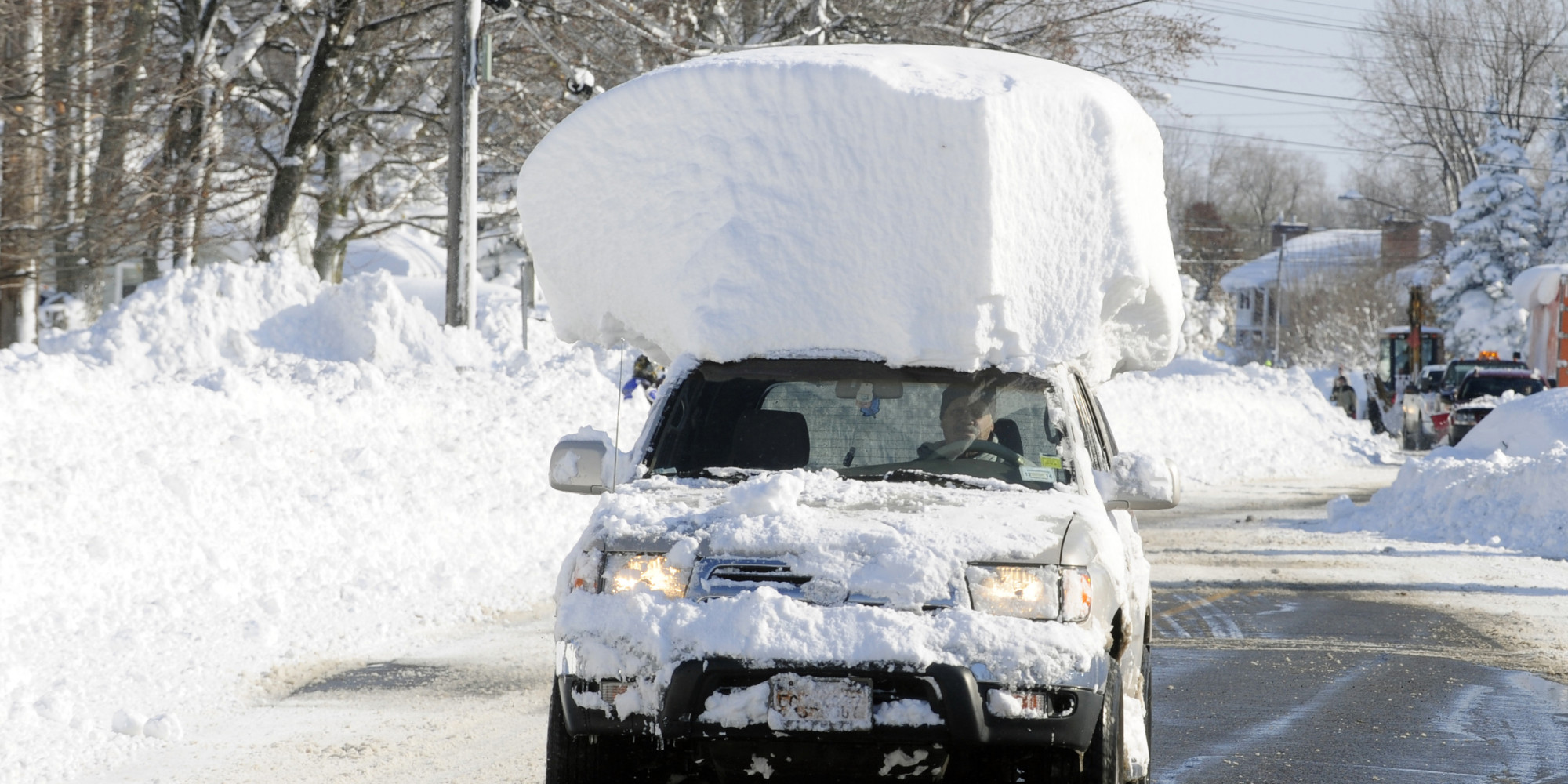 In the American Mid West, snowy winters are common things. Every year, some areas have much snowfall and collapsed traffic. After the snow storm is over, some drivers cannot wait to sit behind the wheel. However, they sometimes forget to remove all the snow. We do not recommend you doing this and imagine just hard braking and all that snow falling on your windshield.
Best way to survive a snow storm? 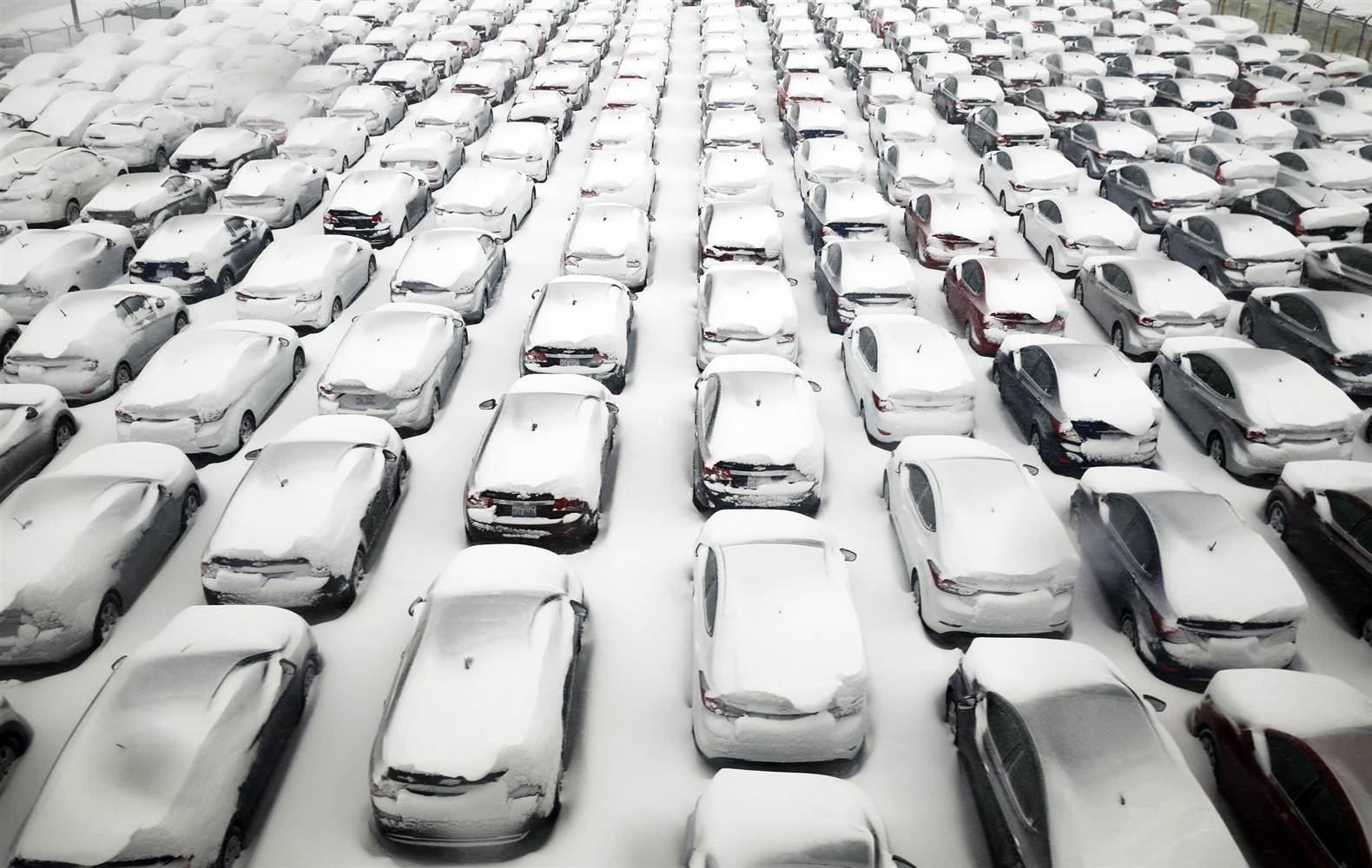 Since snow storms are a reality for the people living in the northern hemisphere, the question is what to do when the snow starts falling heavily, slowing the traffic down? Our advice is to stay home, like the owners of all those cars in Chicago.
Devastating Tsunami 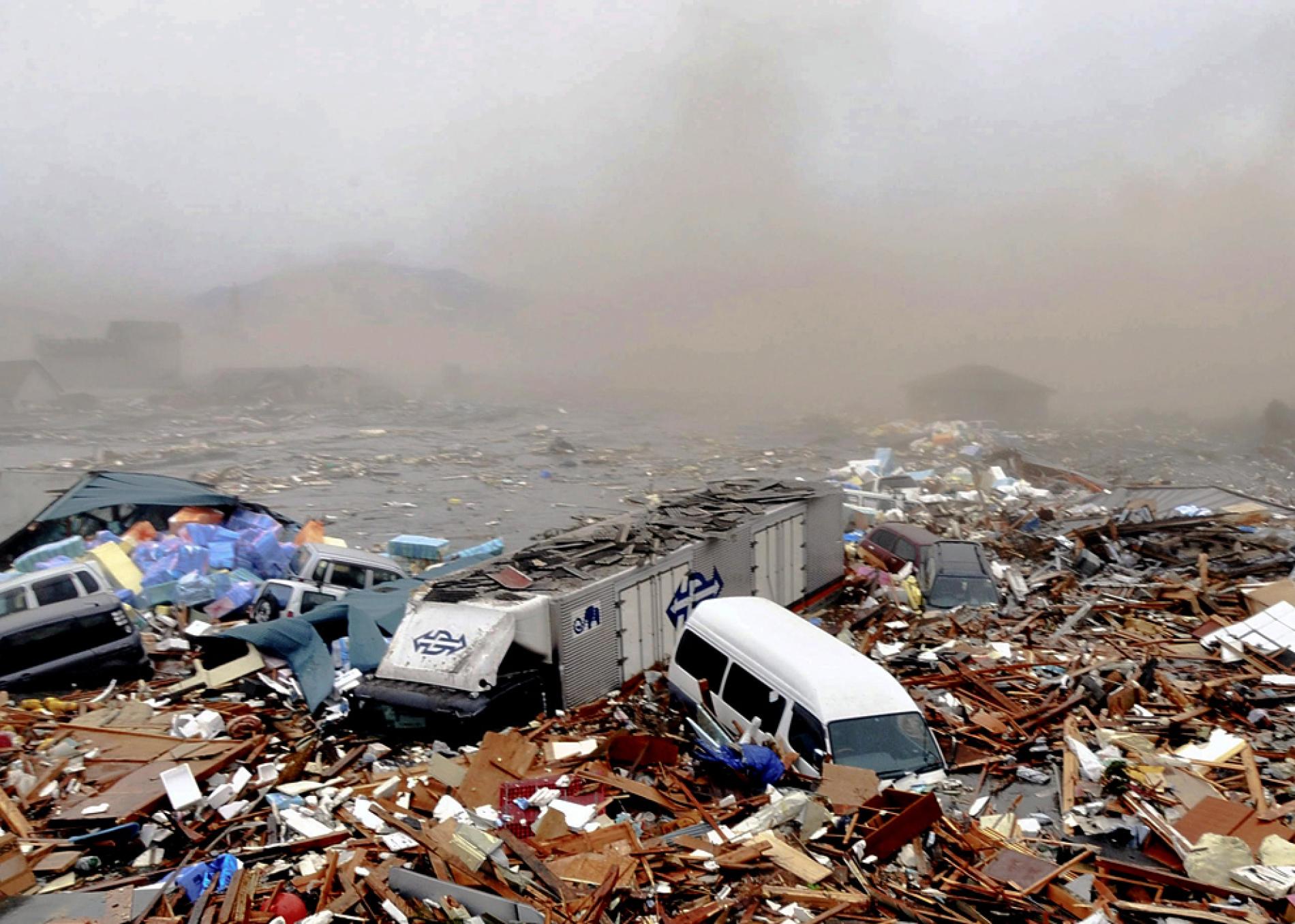 Tsunami is one of the most powerful and devastating forces in nature. The amount of damage tsunami can produce is terrifying. So, every time it affects urban areas, cars are among the first to be destroyed.
Forest fire 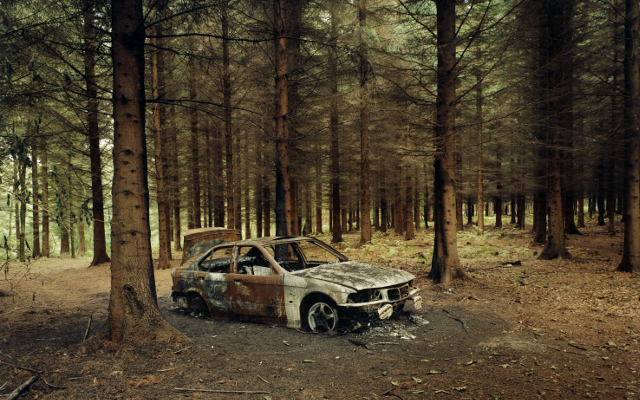 There are numerous causes of forest fires and if such thing happens, people often run for their lives and leave the cars behind. This is exactly what happened to this unfortunate BMW 3 Series.
Tornado Mustang 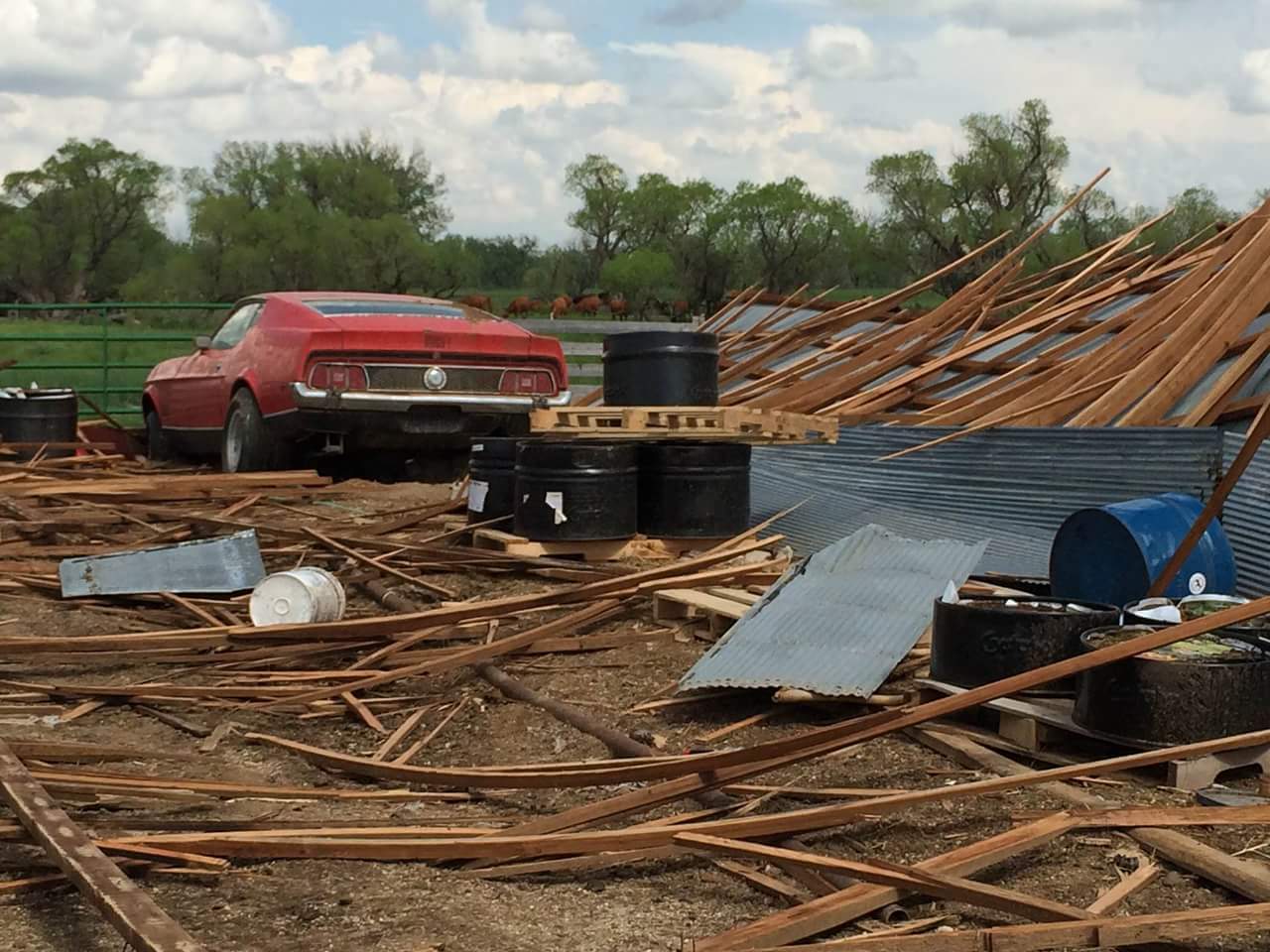 Like tsunamis, tornados are frightening forces with devastating effects. This poor 1971 Mustang was safely tucked in a garage which was destroyed by a tornado. We don’t have much information on the damage, but we are hoping that the classic Mustang can be saved.
What is it like being tossed around by a Tornado? 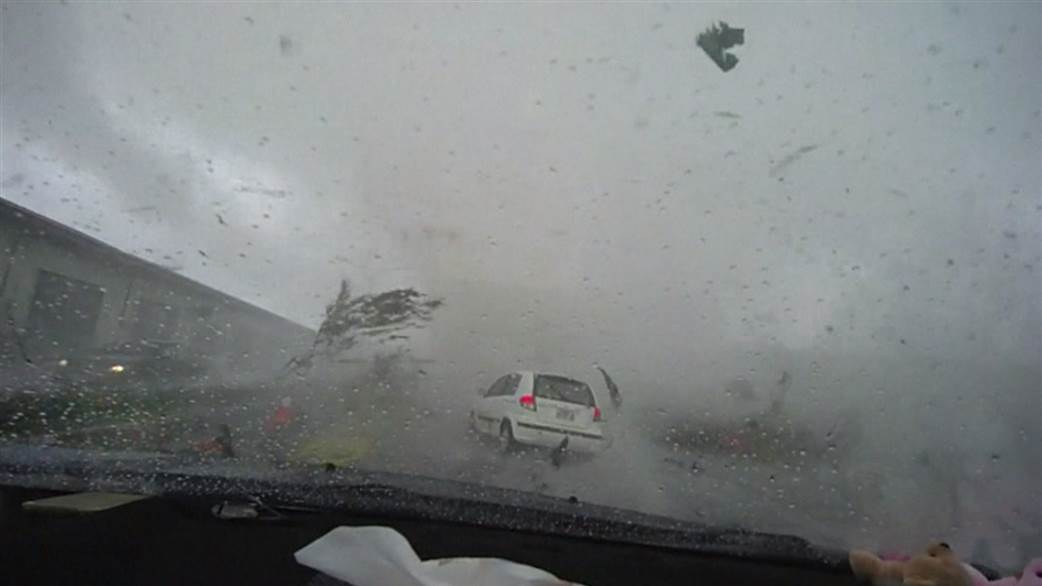 It is not exactly the best situation you can find yourself in, but if you are curious, here is the look from the dash cam of the vehicle. You don’t want to be in the driver’s seat of this unfortunate car.
Mudslide cars 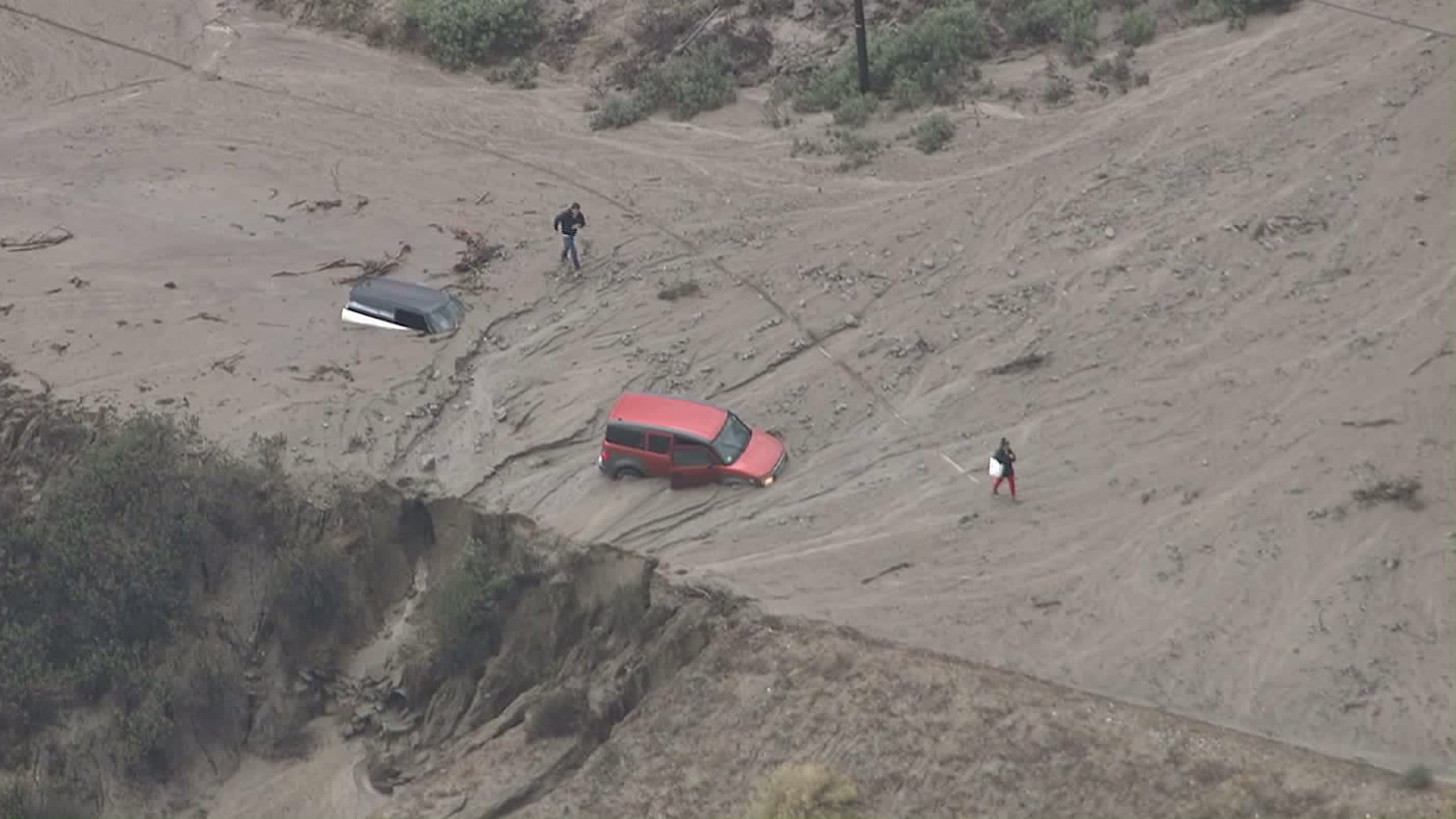 Mudslides are often provoked by excessive rainfall and land movement. Basically, you can describe it as a mud avalanche which can really damage houses and cars. In fact, if the mudslide got your car, it is way worse than a flood.
Abandoned cars 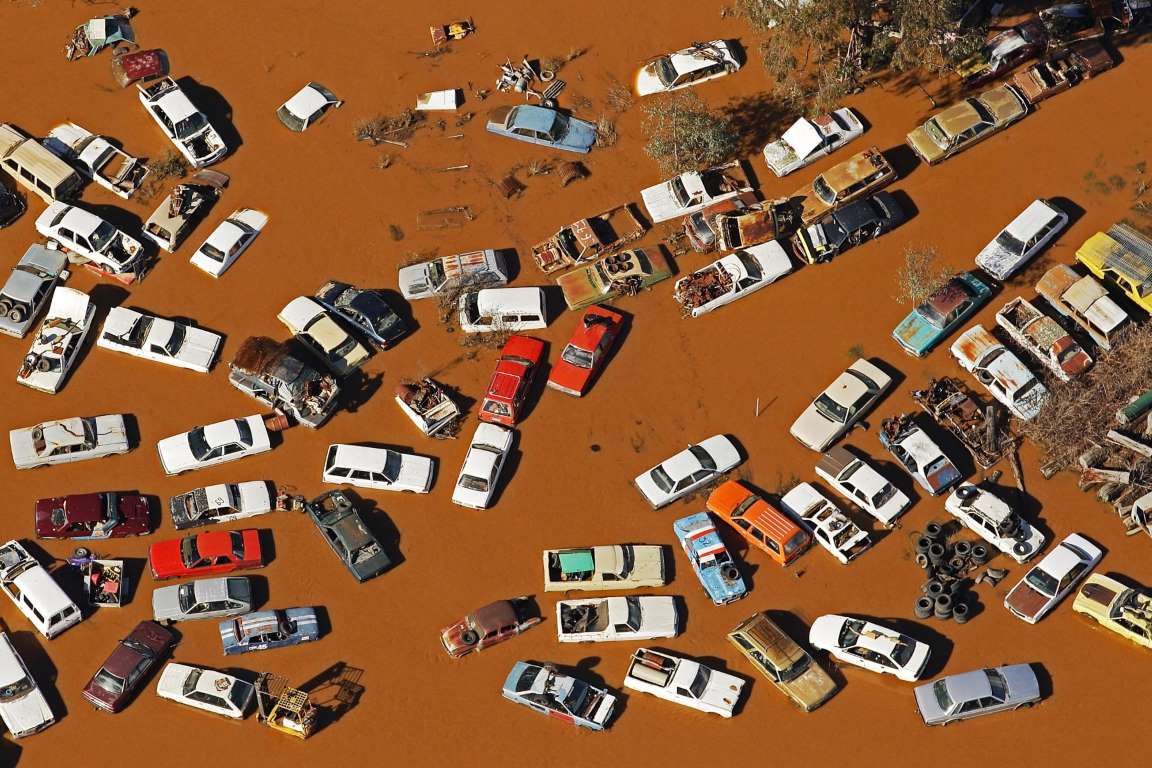 A really moving image from Australia shows a lot of abandoned and destroyed cars after devastating floods during last year.
Volcano Jeep 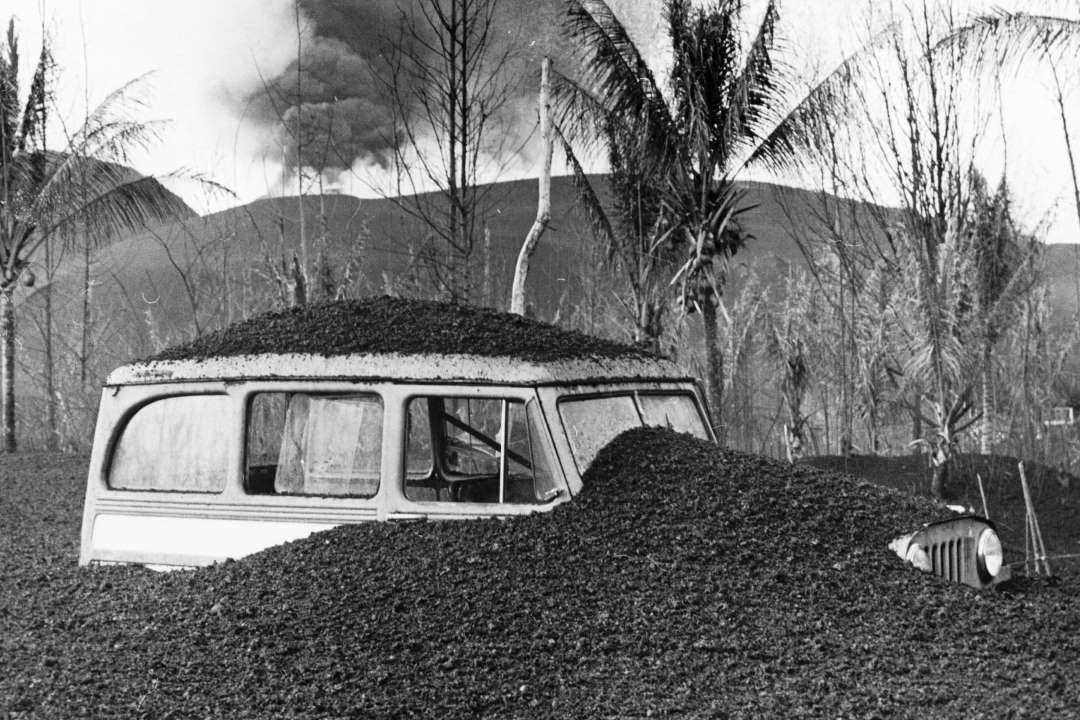 In this image from 1959, we can see an old Jeep Willys covered with pumice after the eruption of Kilauea volcano in Hawaii.