Muscle cars were an automotive phenomenon which started in the early 1960s in America and left an everlasting mark on the global industry. It was the era of glorious machines, stretches of burned rubber under every stoplight and gasoline addiction which brought us fantastic cars, crazy designs and created the coolest of all car genres. In a very short period of time, almost all American manufacturers presented numerous models which could be considered muscle cars. In just a few years, the muscle cars were at height of popularity, constantly battling each other for supremacy on the streets and boulevards. Manufacturers introduced various models, versions, engines, trim levels and performance packages and it looked like the fun will never stop. However, in the early 1970s muscle car craze came to a sudden stop when US government introduced a set of safety and environmental regulations which killed the muscle car class and lowered power levels of the cars in general. All of a sudden, cars with 400 hp dropped to measly 200 hp and performance was tragically slow. It took more than 20 years for American manufacturers to present cars which were as fast as their counterparts from the ’60s, and to revive the American performance in full force.

Since muscle cars were so influential and popular, most common muscle cars became well known beyond the automobile fandom. Cars like Ford Mustang, Dodge Charger, Plymouth Barracuda, Chevrolet Camaro, Pontiac GTO, Mercury Cougar and many more became integral parts of popular culture and appeared in numerous TV shows and movies. Those cars become so popular that their recognition went over the limits of car culture into the mainstream. But, what about those cars that didn’t have a chance to appear in popular movies or TV shows and didn`t get the acknowledgment of a wider audience. Since American manufacturers produced much more muscle car models than a common enthusiast knows about, we will present you 20 forgotten muscle cars, models that are equally good looking, equally fast, and equally powerful, but have been flying under the radar for all those years. This is the list of undiscovered muscle car gems and we are sure that you will enjoy this list and learn a thing or two. 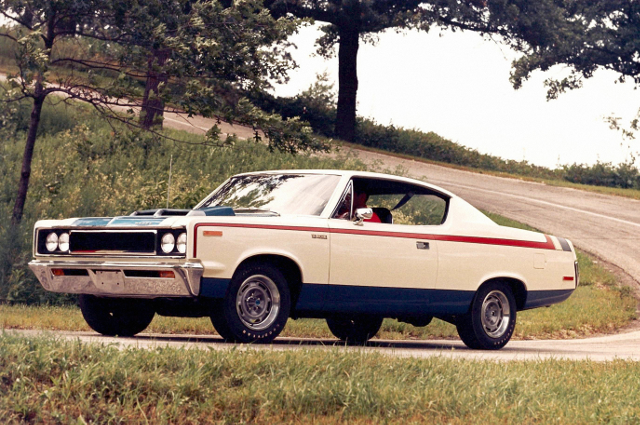 AMC is a company which is now long gone and almost forgotten, but back in the day they had some pretty cool muscle cars. The most popular were, of course, the Javelin and AMX, but the Rebel Machine is the coolest of them all, althoughlargely forgotten. It was based on a regular Rebel coupe but with the addition of a patriotic livery, powerful 390 CID V8 engine with 340 hp and performance extras. This was one-year model only (1970) and despite the decent price, only 2,363 were made.