It is safe to say that we are living in an automotive golden age. Never before were there so many new models, interesting design solutions, various car classes and this is just the beginning. To stay competitive, manufacturers present new ideas constantly and the car world is, at the moment, a very dynamic and interesting place. On the other hand, new markets all around the world inspired the industry to keep introducing new models and evolve on a daily basis. This is why the introductions of new concepts or production ready models are very interesting and we have compiled a full list of 20 new cars that will go on sale or be officially introduced in 2018. Here you can find various makes and models as well as a few cars that are expected to be announced next year. It looks like 2018 will be a very interesting and exciting year in the automotive industry so let’s get straight to it. 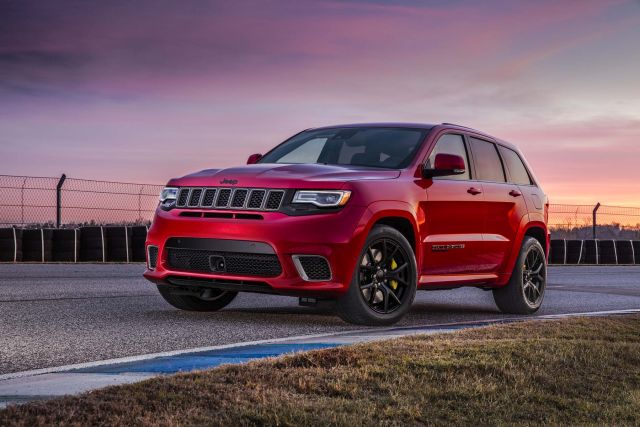 The new generation of Grand Cherokee is big news for 2018 since Jeep has started a big offensive on the global market. The new Grand Cherokee should introduce new levels of luxury, new engines, fresh and aggressive design and also significant off-road capabilities. Jeep is planning to put a new model against the luxury SUV giants like BMW X5 or Range Rover. The final design has not been revealed but it should look similar to outgoing models but more modern and aggressive. You can expect it to be on sale next year and official information should be released in late 2017. 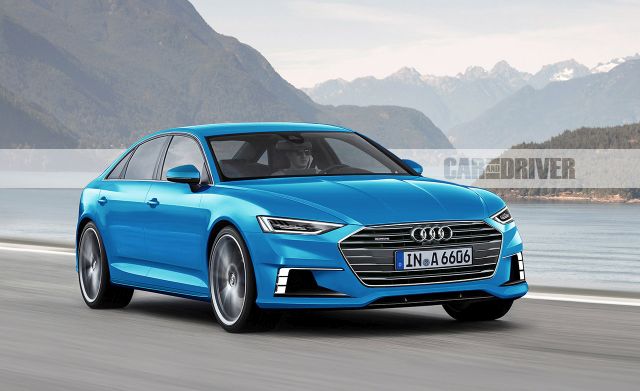 The executive sedan segment is very hot at the moment with the new BMW 5-Series just being released, but there is more since Audi is getting ready to introduce the new A6 and A7 models. You can expect a new chassis built from aluminum, new and revised engines with more power, better fuel economy, and new design. Of course, since this is Audi, the design will not be revolutionarily different from the predecessor, but it will be aggressive and more dynamic than before. Due to Audi`s innovative technology and construction, the new A6 and A7 will have better driving dynamics and less weight. 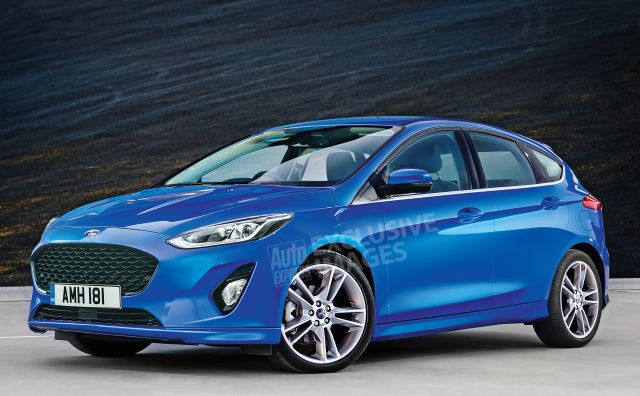 The fourth generation of Ford’s global bestseller is big news for 2018. Official information along with the first photos should be revealed in late 2017 and first examples should be delivered to the customers in early 2018. For the last 20 years, Ford Focus has been among the best compact hatchbacks in the world and Ford is counting on continuing the success. 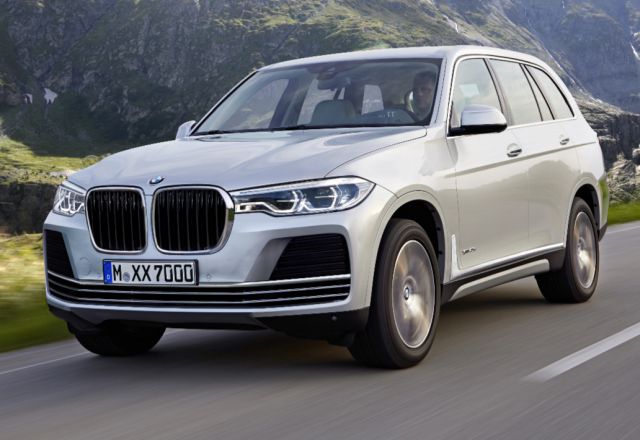 We are sure that you are familiar with BMWs premium SUV, the great looking and handling X5. But, BMW wants to go a step further so an over-the-top full-size SUV is in works and it will be called X7. The design is typical BMW but the size, luxury, and dimensions will be more like Cadillac Escalade, Mercedes GLS-Class and Range Rover. It is just one of several models BMW is planning for 2018. 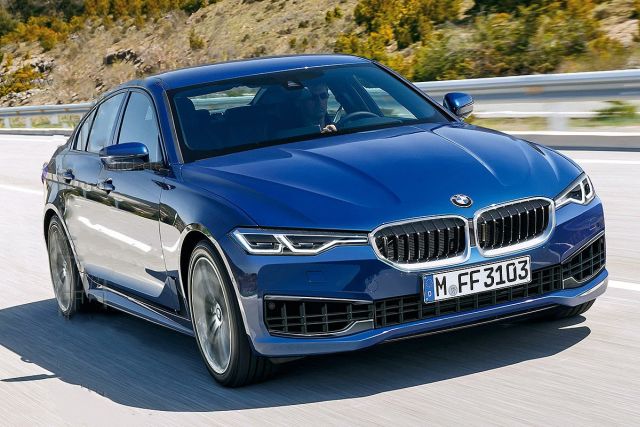 Another important BMW model set for 2018 release is the all new Series 3. This is BMWs main and bestselling model. Despite being quite good and popular, it can’t hold its own against the new competitors in the form of the new Audi A4, Mercedes C-Class, Cadillac ATS and the rest. You can expect fresh design, a full range of new engines, hybrid option and innovative trim and equipment components. 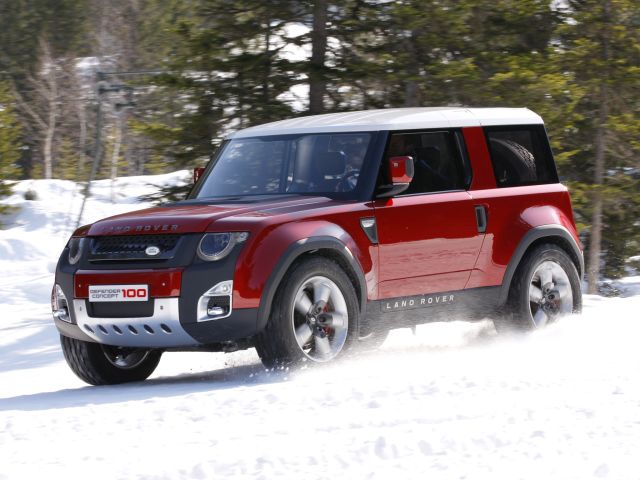 The original Defender was discontinued in 2016 but Land Rover is not abandoning the idea of a rugged compact off-roader in its model lineup. The all-new and modern Defender is set for 2018 release and the global audience is very eager to see how the Land Rover will re-imagine the legend. The concept information has been released but wait for a year or so for the official presentation. 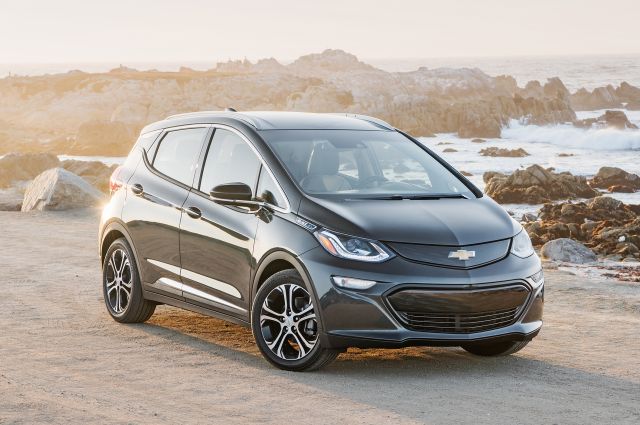 The battle of electric vehicles continues and Chevrolet has just announced the Bolt, a small, sub-compact fully electric car with a range of over 200 miles. This model is revolutionary since it is the first subcompact electric vehicle with sufficient range, decent comfort, and driving abilities. And, last but not least, there’s its affordable price. When it goes on sale in 2018, it could affect all other electric car manufacturers, especially the Tesla. 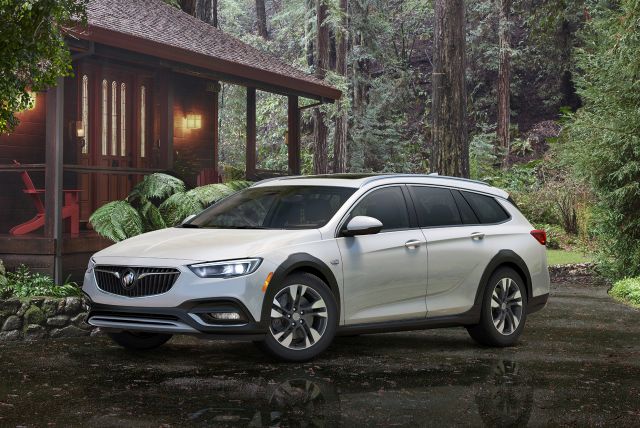 A new generation of Buick’s mid-size executive sedan is almost ready and it looks stunning. It is, of course, the same as the new Opel Insignia, but in Buick’s form. Regal will have more powerful engines, a higher level of luxury and better trim levels. You can expect late 2017 and early 2018 sales start, front and all-wheel drive options, turbocharged engines and lower price than the competitors. 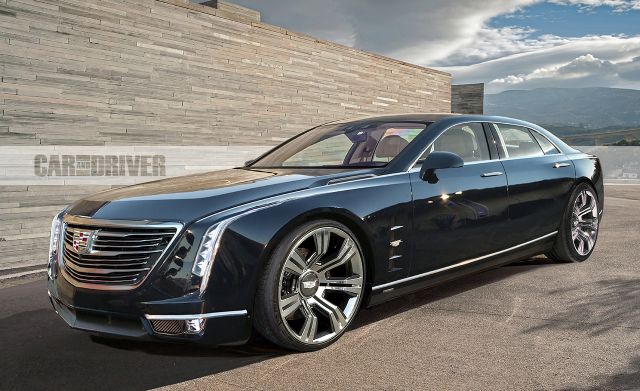 Cadillac has already presented a very interesting and successful executive sedan in the form of CT6 but for the powerful brand with vast heritage, Cadillac needs to go further. So, here is the CT8, a full-size luxury sedan ready to fight the best German saloons and make Lexus look irrelevant. You can expect it to be announced later this year and to debut in 2018. Also, you can expect uncompromised luxury, style, and elegance as this is Cadillac`s new flagship model. 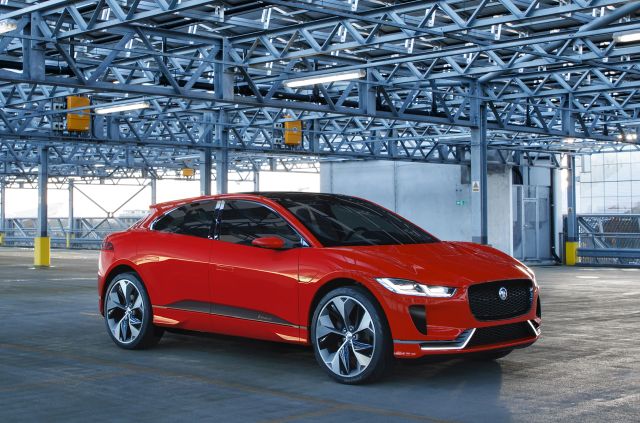 The success of the great-looking F-Pace introduced Jaguar to the growing SUV market. It seems like buyers can’t get enough of the stylish F-Pace and its performance so Jaguar is preparing another, more compact SUV to attack the BMW X3 and Audi Q3 models. It will be called I-Pace and it will come with a range of gasoline, diesel and hybrid engines, fresh new styling with signature Jaguar design cues and front-wheel drive as standard and AWD as optional. 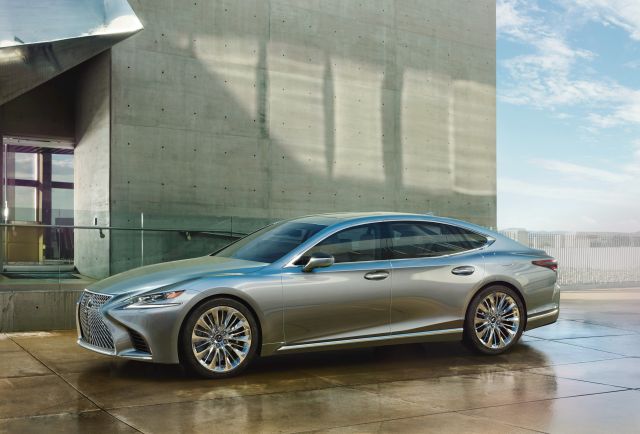 Another full-size luxury yacht on four wheels is coming in 2018 in form of a brand new Lexus LS. With signature and slightly controversial front end styling but with a sleek silhouette and unmistakable appearance, this Lexus should fight Mercedes S-Class and BMW 7-Series. The engine lineup should start with a 3.5-liter V6 and include V8 powerplants as well as hybrid versions. Expect LS to go on sale early 2018. 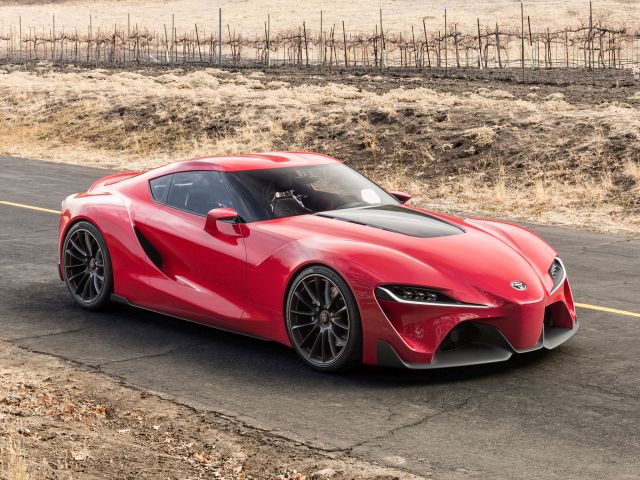 For years now the rumors of a new sports car developed between BMW and Toyota have been flooding the internet. There were a lot of photos of cars in various stages of development and testing as well as some pretty realistic renderings. Finally, the wait is over and in 2018, the new Toyota Supra will see the light of day and hordes of eager fans. We don`t know much about the specifications but we are sure that the new Supra will be fantastic. 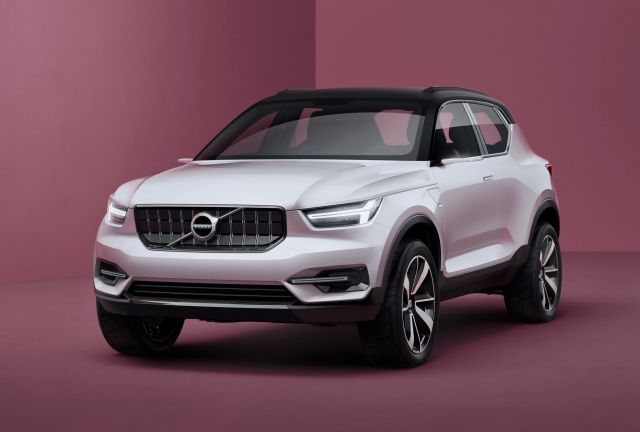 The SUV market is the biggest at the moment and all manufacturers want a piece of the action. That is why Volvo is introducing the XC40, a compact-sized SUV smaller than the XC60 which has just debuted. It should be available sometime next year and it will be similarly styled as the rest of Volvo’s SUV fleet. The main competitors are Audi Q3 and BMW X3 but Volvo should deliver more refinement and better styling to the segment. 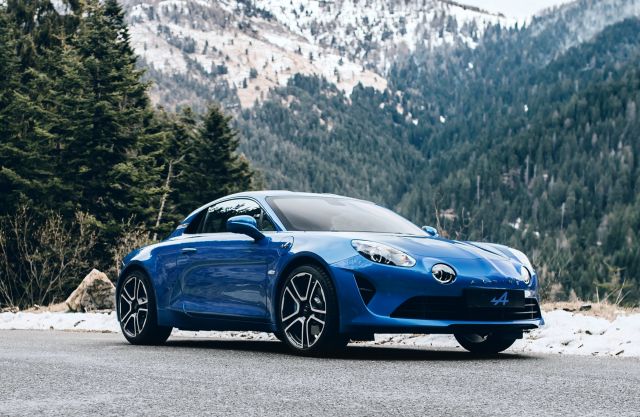 Renault has teased us with concepts for long but for 2018, finally, we have a production-ready model. It is a new version of the legendary Renault Alpine A110 from the early ’70s but re-imagined for the 21stcentury. It is a compact sports car with mid-engine rear wheel drive layout but with lightweight construction, modern materials, and uncompromised driving dynamics. The prices are not yet revealed but this car is a pure enthusiasts’ road machine and we are delighted to see it finally available for sale. 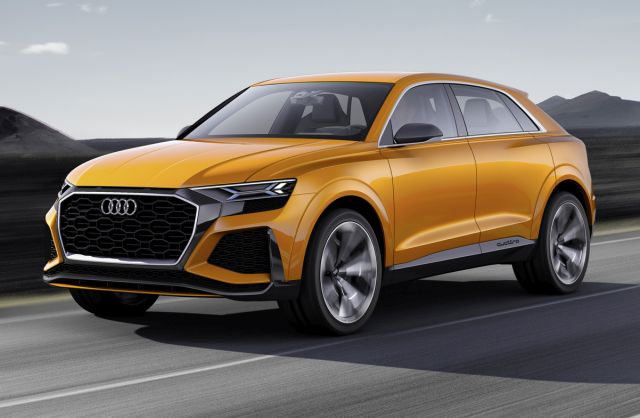 If you think that Audi Q7 is big enough, you are wrong. The even bigger, more expensive and more luxurious Q8 is coming next year. Already presented as a concept in January 2017, Q8 is set to debut as a production model very soon. It will feature signature Audi’s design and form but upgraded engines, more power, better interior and a long list of optional extras for ultimate comfort. 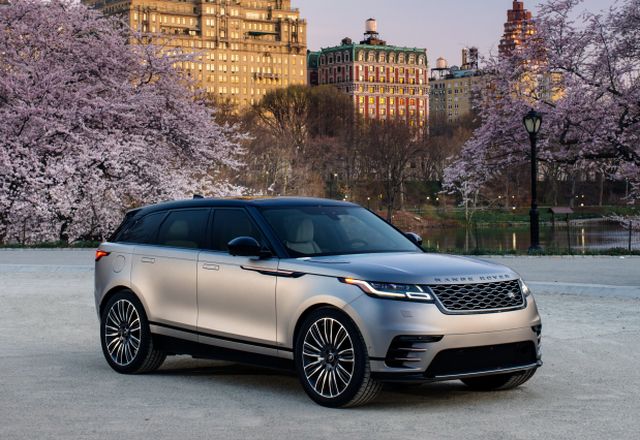 The Velar is an interesting new model that is just being announced with sales starting later this year as a 2018 model. It is slotted between Evoque and Discovery as a mid-sized SUV but it is more than just that. The Velar is kind of a personal luxury SUV dedicated to driving pleasure as well as comfort and equipment. It should bring a new dimension of SUV driving to the crowded segment and we are eager to see it in action. 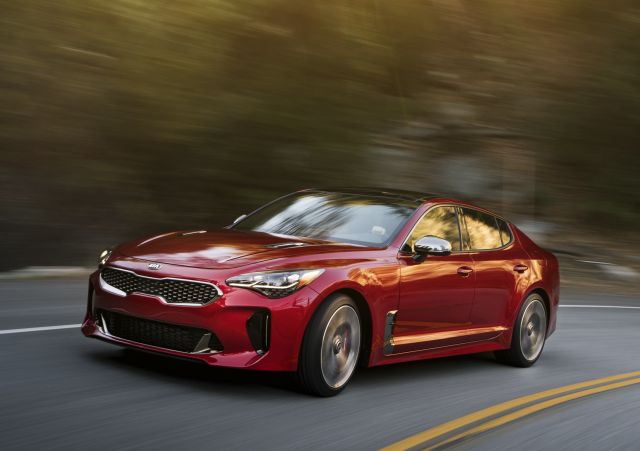 One of the biggest surprises of 2017 and the most anticipated vehicles of 2018 is the new Kia Stinger. It is a sedan with great performance, fantastic styling, and affordable price. The performance sedan market is populated with pretty expensive cars which are out of reach of regular driving enthusiasts, and Kia is planning to change that by introducing an affordable but equally fast and good-looking sedan in form of the Stinger. 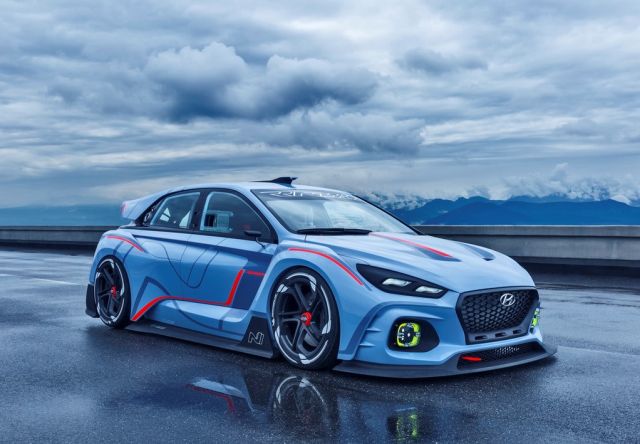 The new i30 is already here with new and much better-looking styling, new engines and interior. But the biggest news for 2018 is i30 N, a performance, hot hatch version of the regular i30. You can expect at least 250 hp on the front axle, sharp handling, and aggressive exterior as well as good performance and swift acceleration. The i30 N should go against Ford Focus ST or Volkswagen Golf GTI. 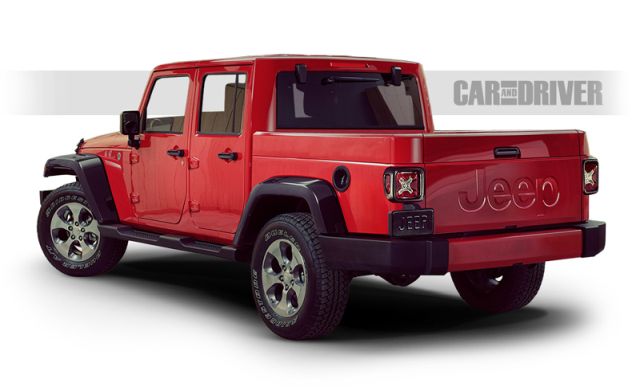 For years, pickup fans demanded that Wrangler gets a truck version. It seems quite logical since the Wrangler is a rugged SUV with sturdy chassis and great off-road capabilities. Finally, Jeep is ready to introduce a production version starting as 2018 model year. You can expect a price little bit higher than the regular Wrangler, double cab configuration with possible single cab coming later and powerful engines. We are sure that the new Wrangler Pickup will be sales hit not only in the USA but in the rest of the world as well. 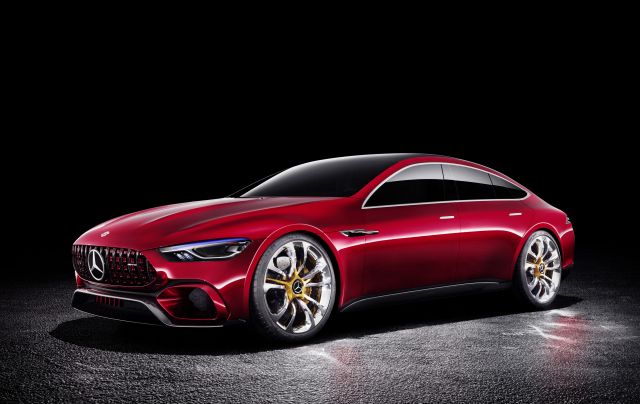 Despite the fact that the AMG GT is one of the best sports car money can buy at the moment, Mercedes is not satisfied. In fact, they want to expand the range by adding a four-door version of this model, a true performance sedan or pure sports car with four doors. It is an interesting concept and we are sure that Mercedes will deliver on the promise. The prototypes are already in testing and you can expect the world premiere to happen sometime next year.