21 Cars To Avoid At All Costs

As you already know, there are hundreds of different new cars on sale right now. But, despite high levels of quality and equipment which all new cars have, you shouldn’t buy them based on the looks or the price alone. Even some very similar models in the same class can be very different in terms of usability, driving dynamics and quality. That is why we made a list of 21 new cars which you should avoid in order to get the best vehicle for your money. This is a pretty colorful list which includes not only compact and economy models but some luxury cars as well. So, don`t get fooled by flashy advertisements or dealer discounts, stay away from these models.

Despite being cool looking and powerful with loads of creature comforts, Escalade has poor ratings in various consumer reports. Mainly, because of its drivetrain, some quality issues and confusing infotainment system. Cadillac generally has the right idea about the Escalade, but it just needs to cut its rough edges. Also, Escalade is among the vehicles with highest theft rate in the USA. 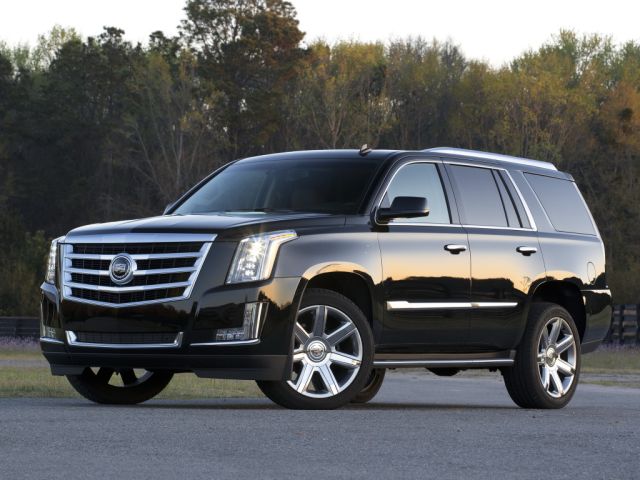 What looked like a good idea on paper, turned to be a pretty clumsy vehicle in real life. We can approve the concept of a small and capable SUV, but Renegade is just small and cheaply built car with no real off-road usability, limited interior space, and quality problems. 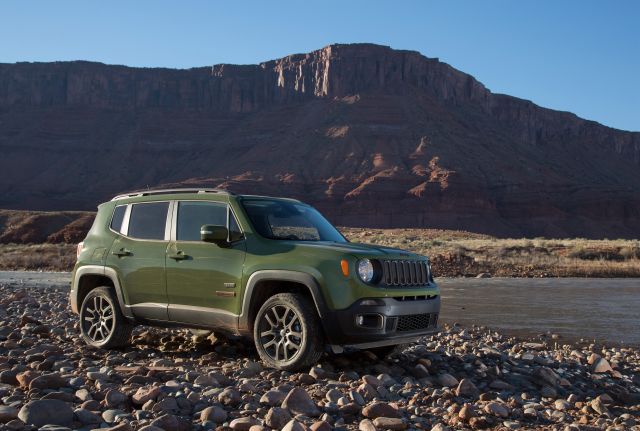 Chrysler 200 was a welcomed addition to the aging Chrysler`s model lineup but soon it became outdated and riddled with various quality problems. It is still an affordable and good looking sedan but we don`t recommend it since there are better choices available. 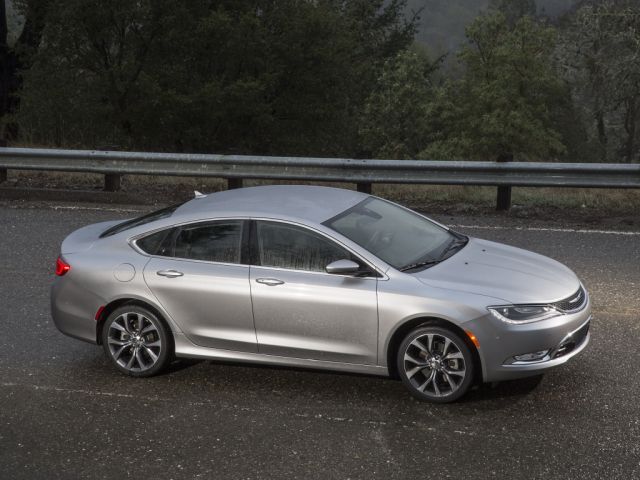 We know that the hype surrounding the Model X is outstanding and the car itself is a pretty big leap forward but as any radically new product, this one also has a lot of problems which can be annoying. Buyers reported multiple issues with power equipment, climate control, and falcon wing rear doors. 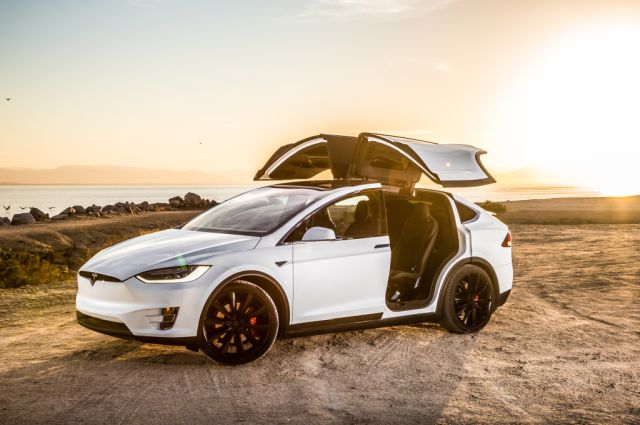 Despite having enough interior room, Fiat 500 L lacks everything else and has a pretty bad quality rating. It is affordable, but if you know that the seating position is weird, standard equipment is not so good and road holding is barely acceptable, you will choose other models in this class. 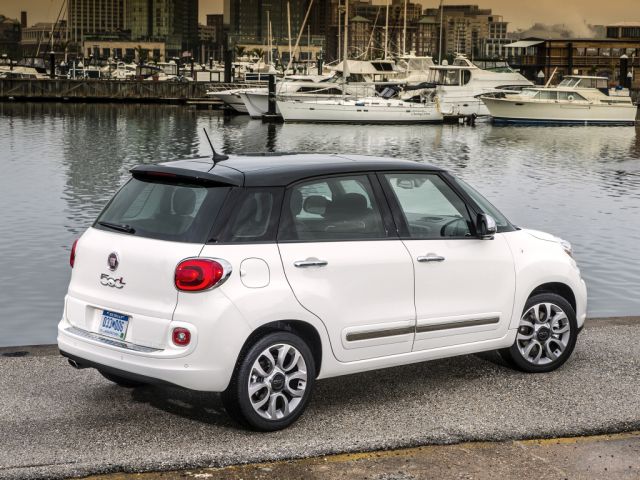 The Ram is the oldest model in its class, dating back to 2009. This means that everything on it, including drivetrain, equipment, materials and components is outdated. Even though it is still a good looking truck with an affordable price, you should consider other and newer models in this market segment. 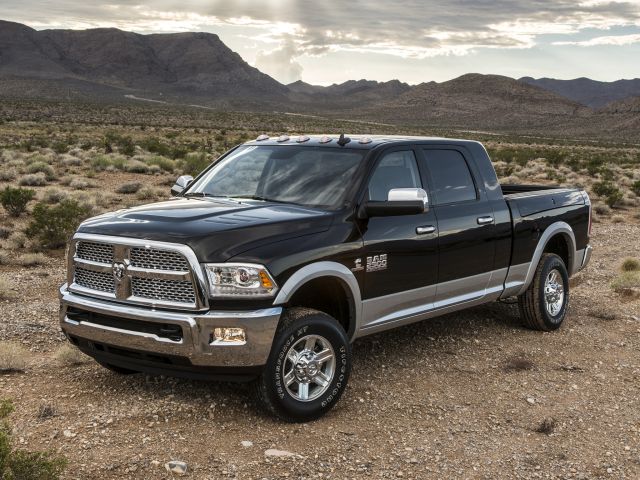 Mitsubishi is currently in transition with a quite uncertain future. This reflects on its products and Mirage, small economy vehicle, despite being cheap is pretty rough with a noisy and underpowered engine and less than ideal interior quality. There are far better alternatives for similar cash. 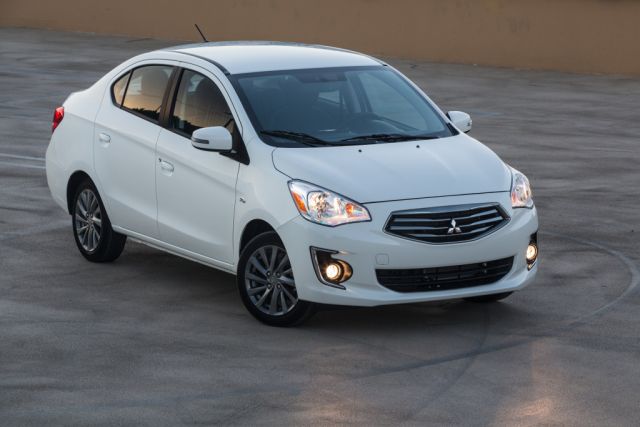 Mercedes name maybe suggests comfort and prestige, but in the case of the CLA, it stands for the cramped interior, harsh ride and big price. For $32.000 you can buy much better cars from other makes and Mercedes CLA falls short of tri-pointed star standards and comfort.

In recent years, Ford`s luxury division Lincoln really struggled to attract buyers. It seems like every new model is not quite as good or good looking to claim a bigger market share. MKS is one of those models. The design is a bit dull, interior not spacious enough and drivetrain is bit underpowered. Also, at almost $40.000 MSRP base price it isn`t exactly cheap. 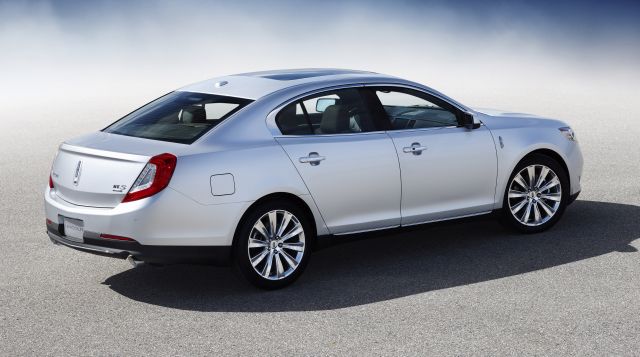 Journey is another older Dodge model which is still on the market despite being outdated. Besides that, Journey has less interior room and worse fuel consumption than the competitors. It also has some quality issues and less than average crash protection. The only thing Journey has in its favor of it is the price, but that is not enough to make it a good purchase. 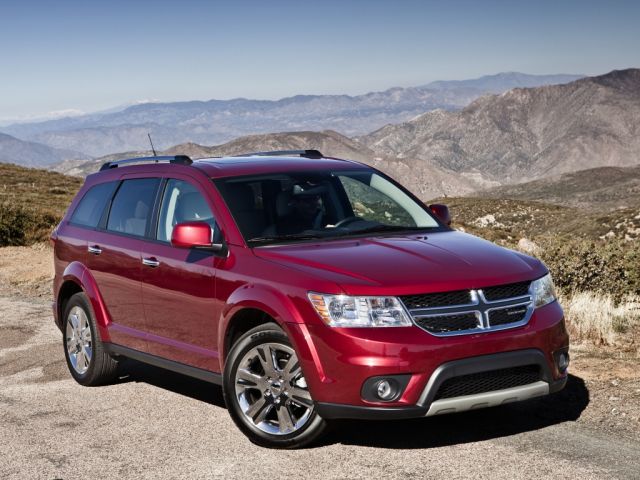 Even though Land Rover products are generally among the best in their class, Discovery Sport misses its target. The combination of a small turbocharged engine and the nine-speed automatic gearbox is not good and acceleration is not enough neither with a pretty substantial turbo lag. Reliability is also not that great and MSRP price is pretty steep as well. 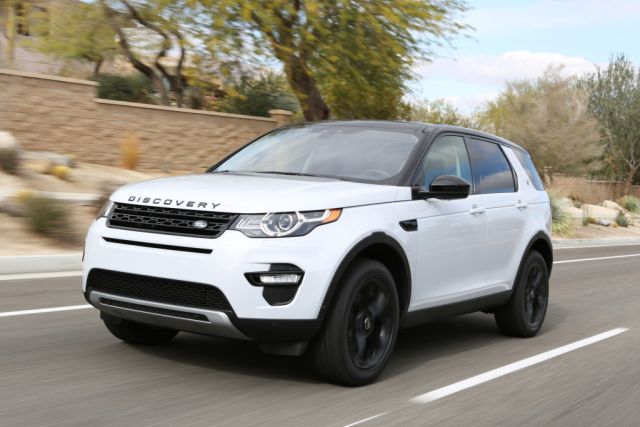 Electric cars are slowly becoming a reality, but not all new introductions are good and pleasant to drive. The i-MiEV may be very economical to run but it costs almost $20.000 and offers drivability and handling of a golf cart. That is why you should avoid it. For that kind of money, you could by a proper car, not an oversized electric toy. 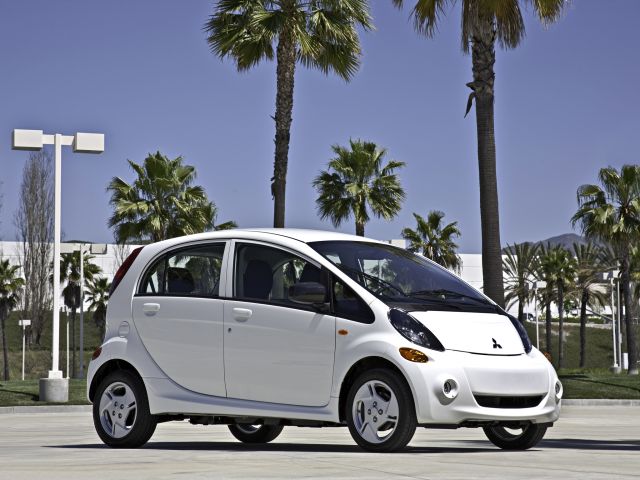 Following the success of the Smart FourTwo, Toyota introduced the Scion iQ. However, very soon tiny cars fell out of favor of buyers and sales numbers were diminutive. The iQ didn`t impress with the styling, driving characteristic, or usability and it is somewhat of an unwanted model without real purpose. 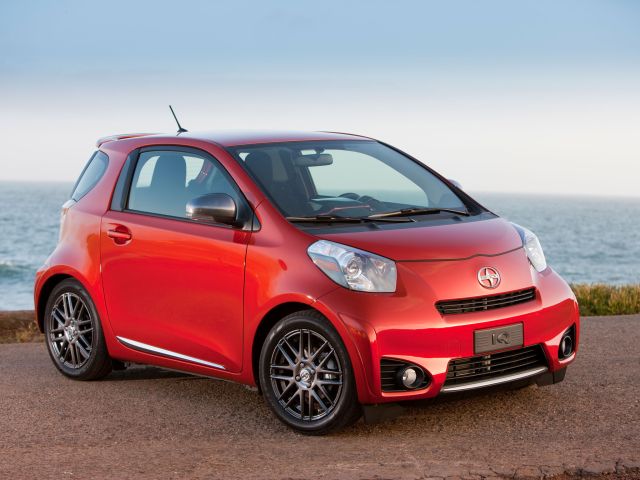 Another small car on our list is Chevrolet Spark and despite its cute design, affordable price and decent equipment it is a very crude car to drive with limited space, poor ride, and handling, not to mention slow engine and poor performance. Our advice is to look for something else if you are going to buy a compact car. 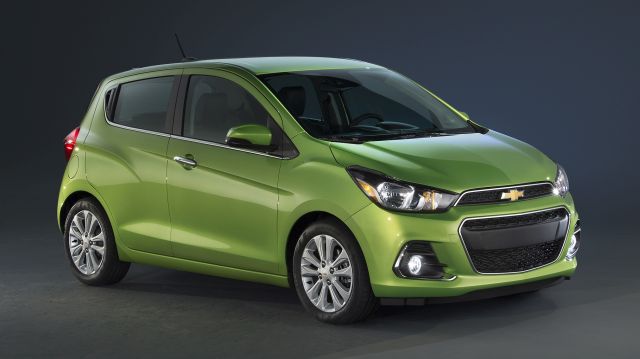 The problem with the Yaris is that it offers very limited space and driving characteristics for almost the price of a base Ford Focus Sedan. The Yaris has a cramped interior, small trunk, and slow engine, yet still costs around $15.000, which is quite expensive for a small car with no extra tricks. 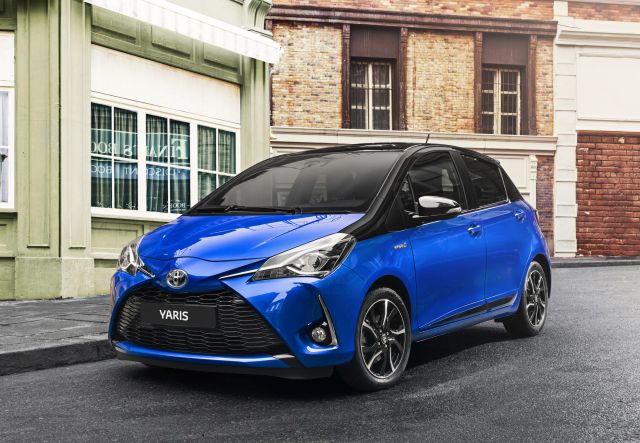 Decent price, good looks, and equipment levels are pros of the Compass, but interior comfort, reliability issues, and fuel consumption are not. There are better solutions out there, but the Compass can reclaim its position on the market if Jeep would invest some time and effort and sort things out with this model. 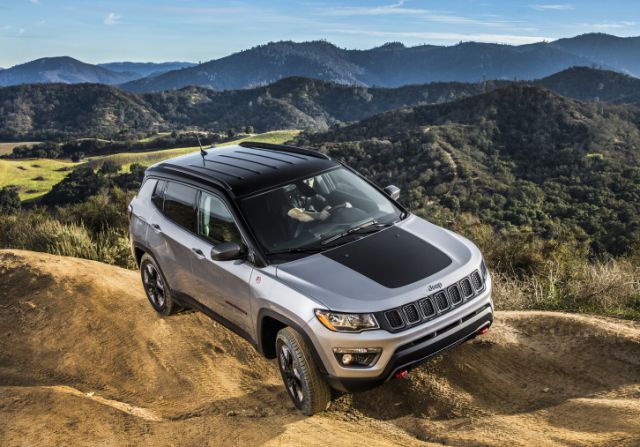 Versa Sedan looks like a good deal since it has plenty of interior space for the class, a decent trunk, and an affordable price. However, cheap interior materials and panels which are badly put together in combination with a noisy engine with modest power earned the Versa a spot on this list. 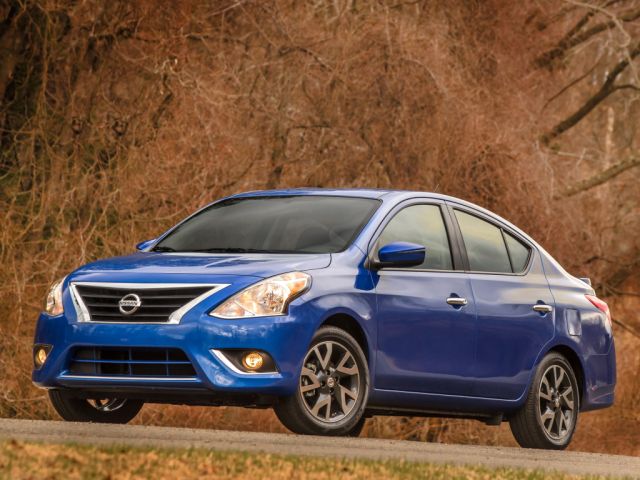 There is nothing wrong with technology, design, and performance of the Acura RLX. In fact, even the quality level is high, signature Acura. But, there is a small matter of price. The MSRP price for this model is over $50.000 which is way too much for what’s basically a Honda Legend. 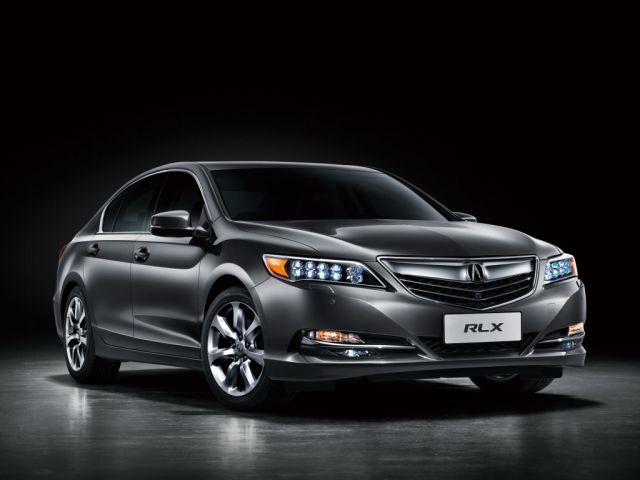 In luxury segment, dominated by Europeans, Infiniti has a tough time competing with the rest of the field. The Q50 is a capable and well-engineered sedan but issues like fuel economy, ride quality, and road holding are holding it back, which makes it a car to avoid in this class. 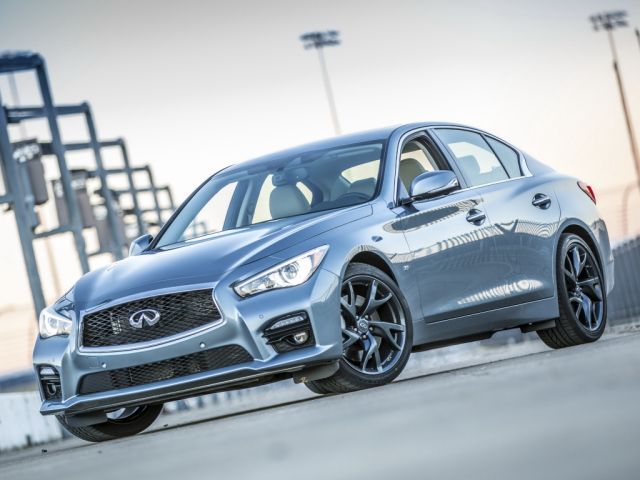 Back in the day, the Pathfinder was a pretty capable SUV with off-road talents and rugged looks. Somehow, it evolved into a crossover, but not a very good one. The new Pathfinder has enough space and easy access but also has a cheap interior, lousy road holding, and modest performance. 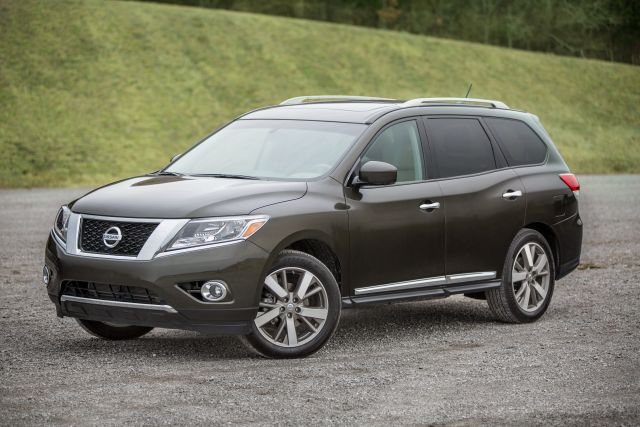 You have probably heard about the “Dieselgate”, Volkswagen`s emissions scandal involving diesel engines sold in the North American market. Well, it still is unresolved and diesel-powered Golfs and Passats should be avoided at all costs. 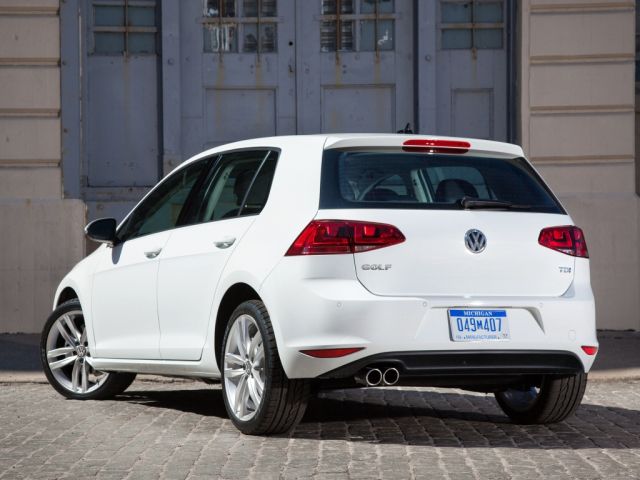