Convertibles are the king of car that you want to have on a nice, warm sunny day. They are not too practical, especially as an every-day car, but they just have that appeal. There are numerous convertibles on the market, however, most of them seem to be expensive. Fortunately, there are some great convertibles that are placed in a much more affordable price range up to $50,000. Here are what we consider to be the best choices at the moment. 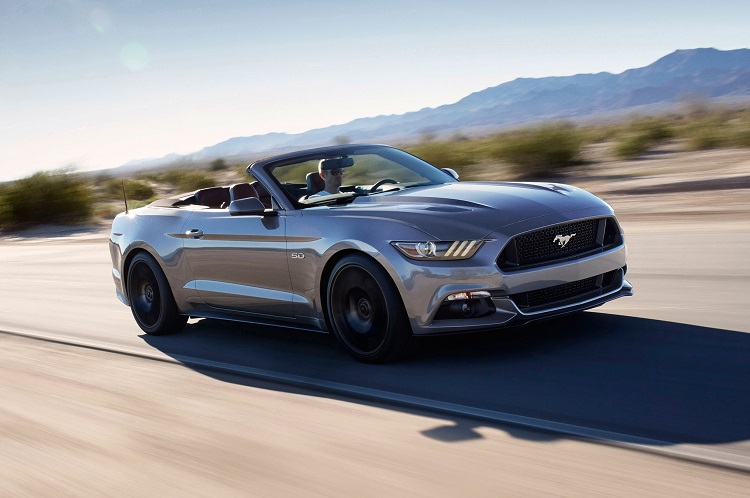 No convertible list would be good without at least one legendary pony badge. The Ford Mustang Convertible brings a whole lot of history and reputation in form of a very attractive looking car. With one of these you get it all, the performance, the comfort, and of course the appeal. With a very balanced range of engines available, you are bound to find one that will put a grin on your face every morning. 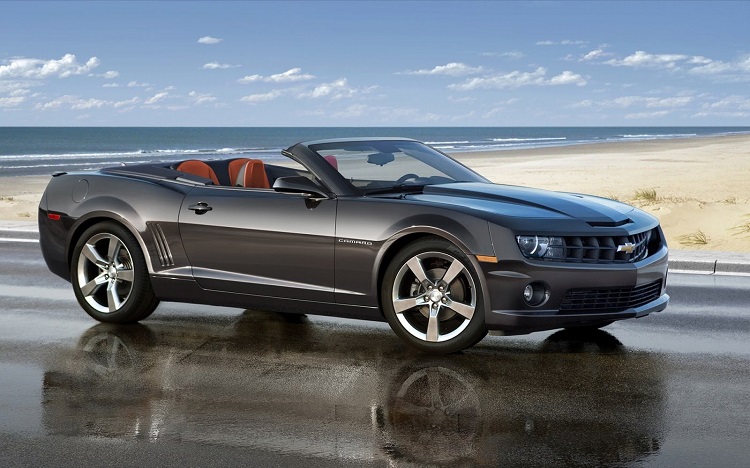 Another muscle car on our list, this time from Chevrolet. Unlike its predecessors, the all new Camaro sports a very sleek design reminiscent of the golden era of American muscle. There is also enough power to back up the aggressive styling with several engine choices, all of which can move this car up to speed with ease. 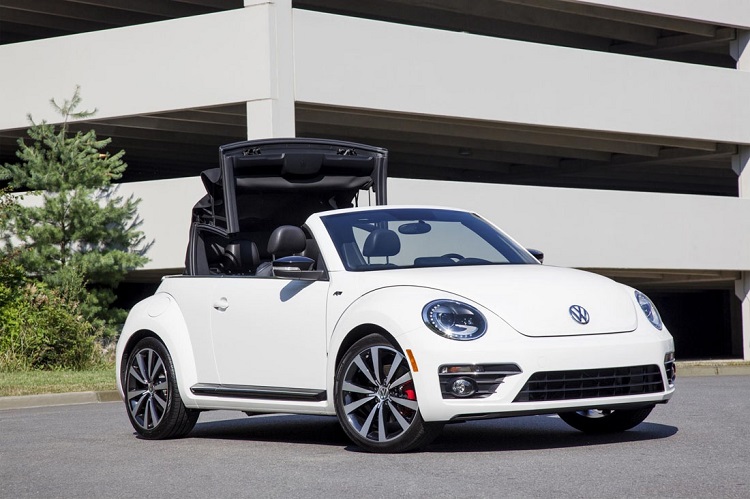 If you want something less imposing, and more fuel efficient than our first two picks, the VW Beetle convertible is something that might fit your bill. The new Beetle still retains that legendary spirit of its more popular predecessor, while delivering great performance, comfort, and great mileage. You can expect to see 24 MPG in the city and 30 MPG on the open in this car. 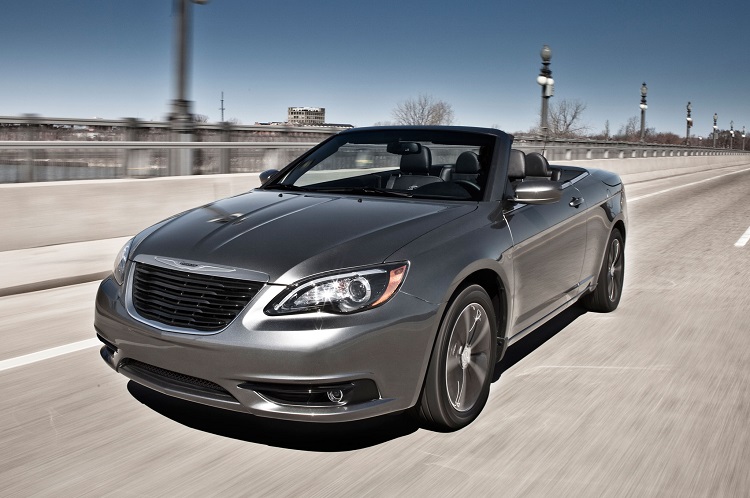 It’s fair to say that Chrysler has significantly stepped up their game with the most recent versions of the 200. The convertible model only adds another dimension of greatness to this great car. You get a very good package of features, comfort that is better than expected, and more than enough power from the lively V6 engine under the hood. 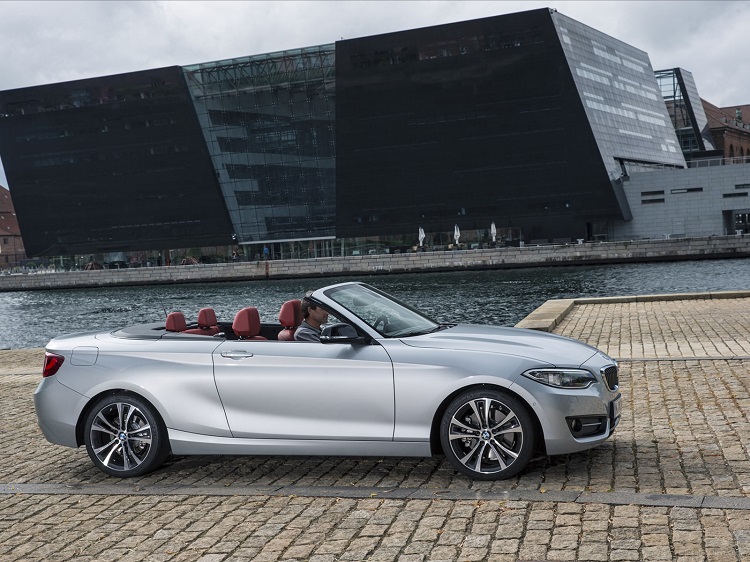 When it comes to European car manufacturers and convertibles, there are several choices out there, and BMW’s 3 Series is one of them. It offers everything you could find in a regular BMW 3 Series, and more. The engine responsible for making this thing go is a very beefy 3.2 liter that delivers 230 horsepower. It’s safe to say that performance and comfort are key features of this car. 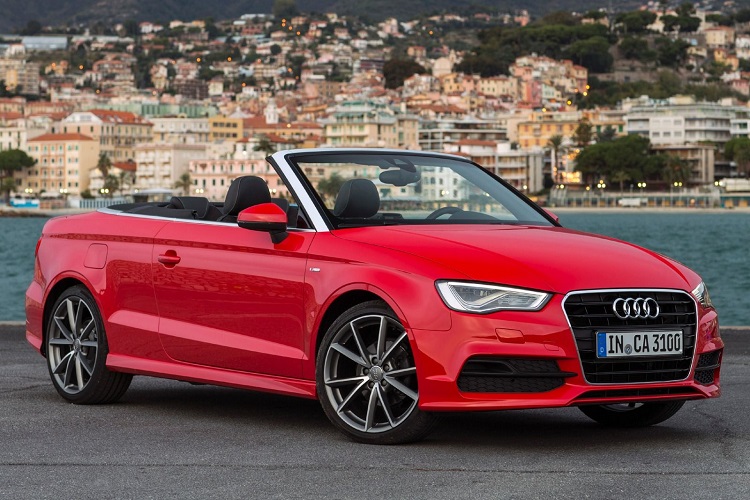 Other side of the European spectrum comes in form of the Audi A3 convertible. It’s a two-door convertible with a small but agile engine that offers just enough power to make this A3 fun to drive. Since it’s a 1.6 liter unit, you can expect great mileage. What it may lack in power, the Audi A3 convertible substitutes with an extensive array of features that come as standard. 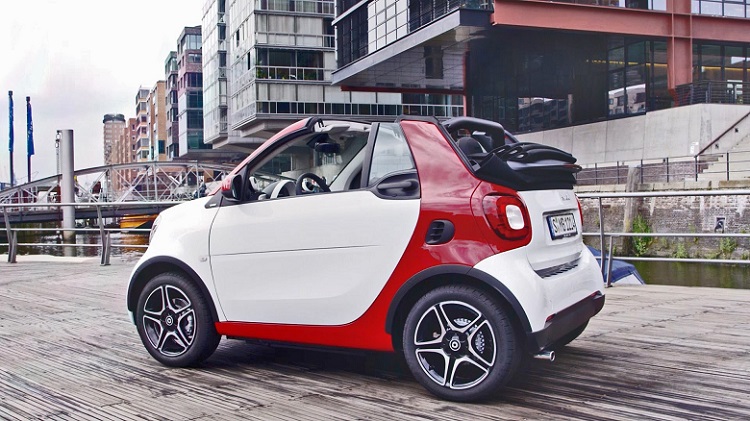 If all of the cars we’ve mentioned so far are just too large for your taste, check out this Smart ForTwo convertible. It’s a classic in Europe, and it seems to be growing in popularity in North America as well. ForTwo has enough room for the driver and passenger to enjoy a cruise, and it comes with an engine that is more than capable of getting up to speed quickly. 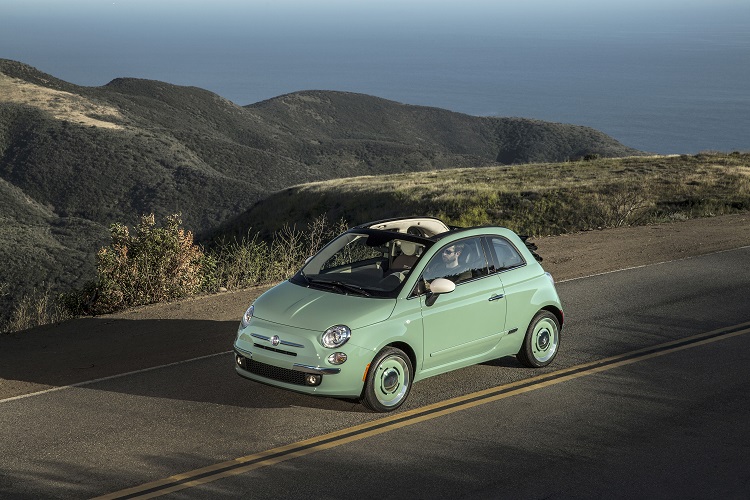 On a similar note with the Smart, the Fiat 500C convertible offers even better balance of size and performance. It’s not a regular convertible, as it features a solution made popular by French car manufacturers in the 50s, however it comes with a good array of engines, and a design that never goes out of style. This Fiat 500C is a great choice for those looking for well balanced urban cruiser. 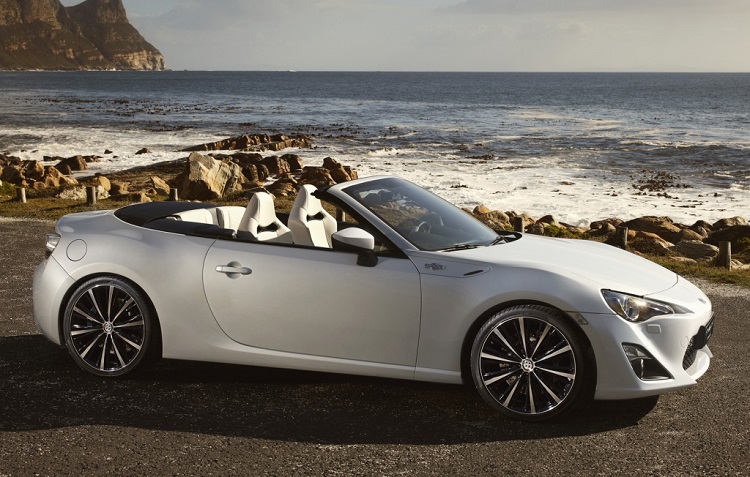 This model from Toyota is built on a shared platform used by both Subaru and Scion. However, it is currently the only convertible available from the three manufacturers we mentioned. GT86 comes with a brand new interior, a good choice of engines and great selection of features. It’s safe to say that Toyota GT86 is one of the best looking affordable convertibles on the market. 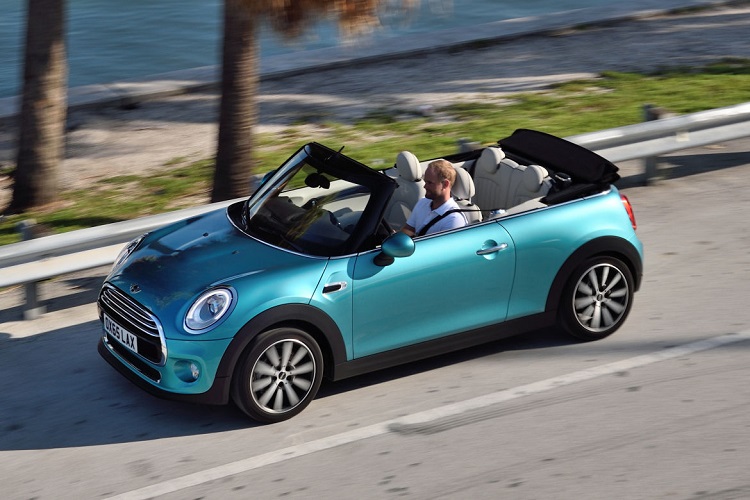 If you require your cars to come with some tradition and history, then Mini Cooper Convertible is something you might like. It’s a great compact model that comes with a very capable engine, all the great features you might need, and styling that is simply legendary. The 2016 version of this car has received a significant improvement with added fog lights, and several aesthetic improvements. 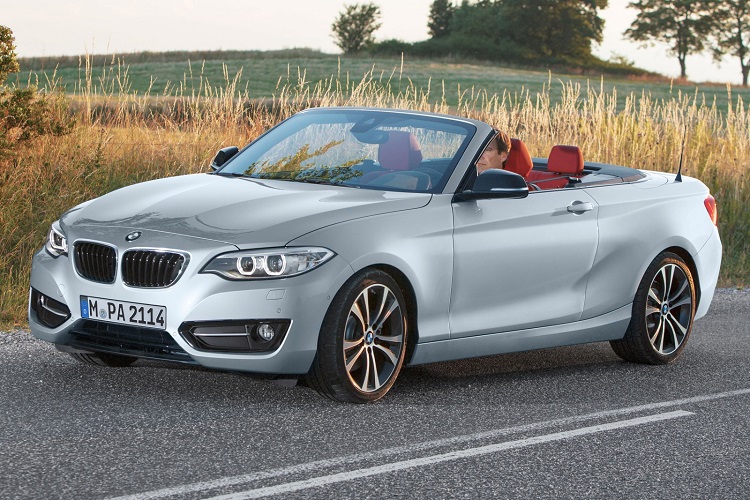 Anyone passionate about driving will instantly appreciate what BMW 2 Series convertible has to offer. It’s smaller than the 3 Series model, comes with an engine that puts out 240 horsepower, all while retaining a fuel efficiency likes of which you usually expect to find in more economy oriented cars. Features that come with this car are numerous, and the interior is more than comfortable. 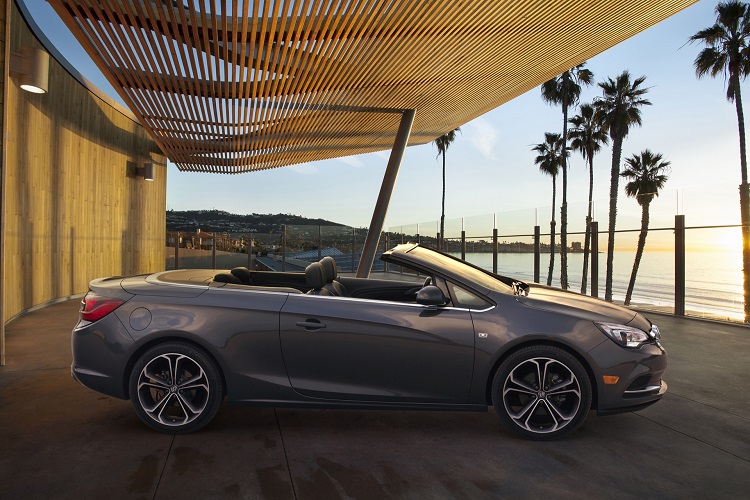 Buick is making an attempt to get back into the convertible segment of the market with their new Cascada. Seeing how it’s the first convertible they’ve made in past 15 years, you can expect this car to perform well as this company definitely has a lot to prove. The engine that comes with the car may seem underwhelming at first, but with its 200 horsepower, it’s still a more than capable unit. 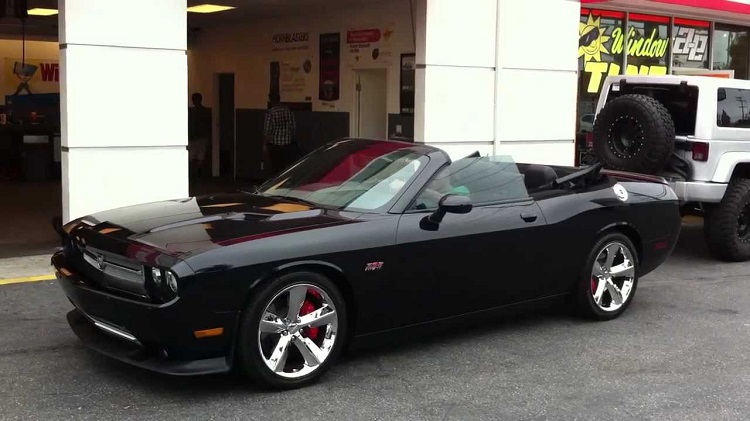 Since we have a Mustang on our list, it’s only fair to add a Challenger as well. The 2016 Dodge Challenger convertible is one sleek looking car. Dodge designers managed to retain some of those vintage design features that made the original so legendary, and make a very good modern looking car. The engine comes in form of a 6.4 liter V8 that will deliver 485 horsepower to the rear wheels. If that doesn’t look good, nothing will. 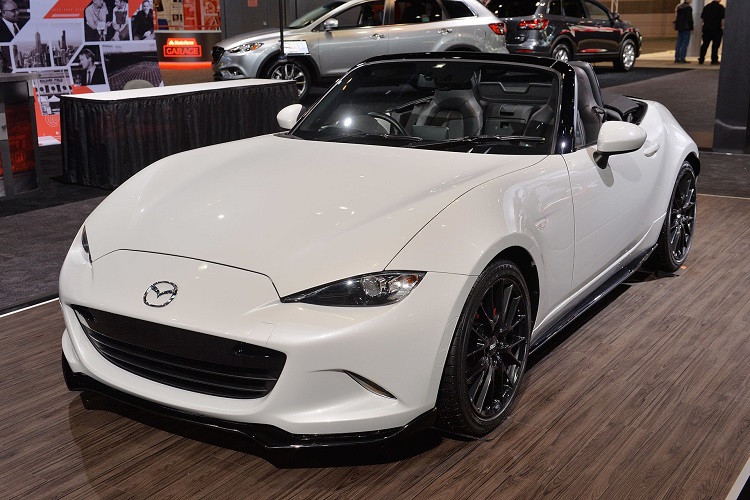 It would only be fair to end our list with a legendary convertible that many grew to love over the years. The all new Mazda Miata MX5 convertible still has the qualities of the original model, only it brings forth numerous improvements that make it an even better choice. Love it or hate it, but you have to admit that this little car has managed to stick around for a very long time, and create a large following all around the world. 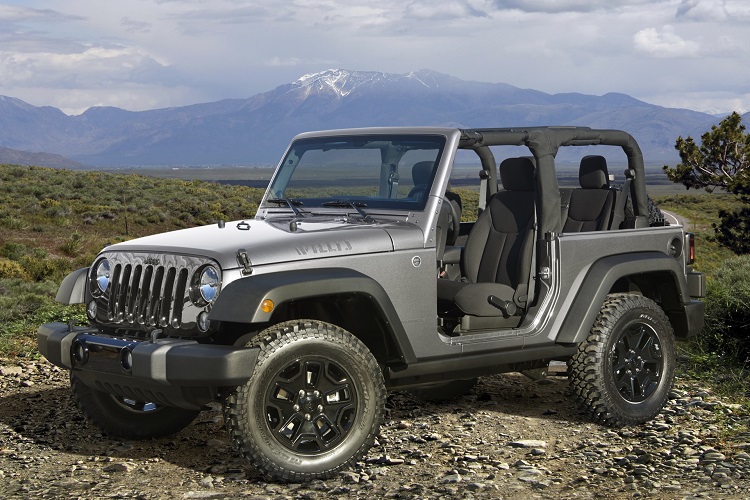 While it’s not a traditional convertible, Jeep Wrangler is one of the most popular open top cars on the market. It offers incredible off-road capabilities and comes with an array of features that you can opt for and make your Wrangler that much better. If you are a fan of occasional adventure, Jeep Wrangler is one vehicle that will make that adventure memorable. 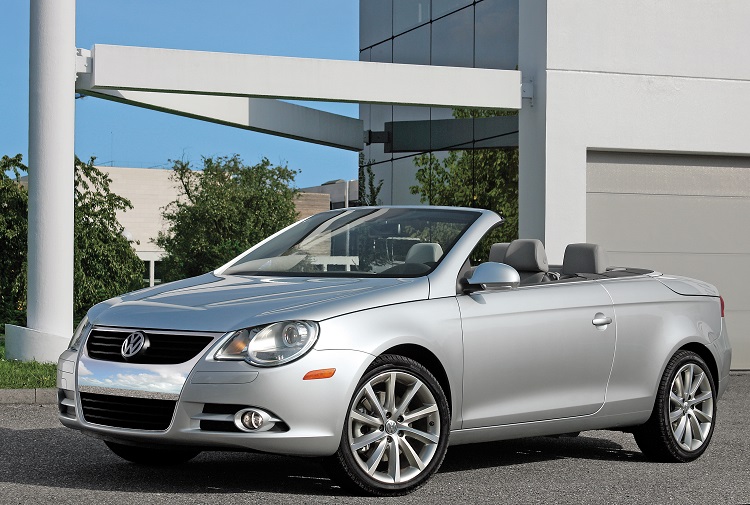 There aren’t many VW convertibles out there, but Eos is definitely worth checking out. It brings the open-top experience combined with great mileage, and decent comfort. Engines are reliable and balanced in a way that brings efficiency and power to the table. Eos is not a very flashy car, but its conservative design doesn’t take away from anything from the experience it offers to its drivers. 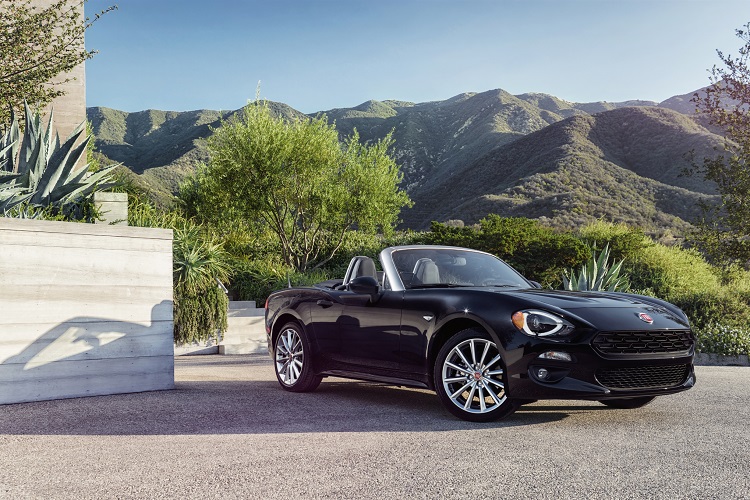 Fiat’s recently announced 124 Spider is still surrounded by hype. This Italian brand hasn’t attempted to create something like this in a very long time. From what we can tell, the 124 Spider promises to be a hit. It’s rather affordable with an MSRP of around $25,000 and it offers the coupe experience while retaining great mileage and efficiency. 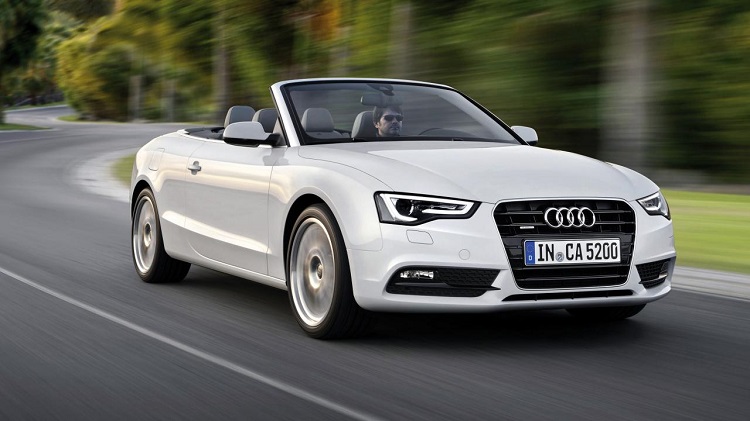 Audi A5 line of models is resonating with the market rather well. One of the more popular versions of this car is the A5 Convertible. Having this awesome car with an option to feel the sunshine on your face has proven to be a great business decision by Audi. It’s not the cheapest convertible out there, but you get a lot more than just the Audi branding for the money. 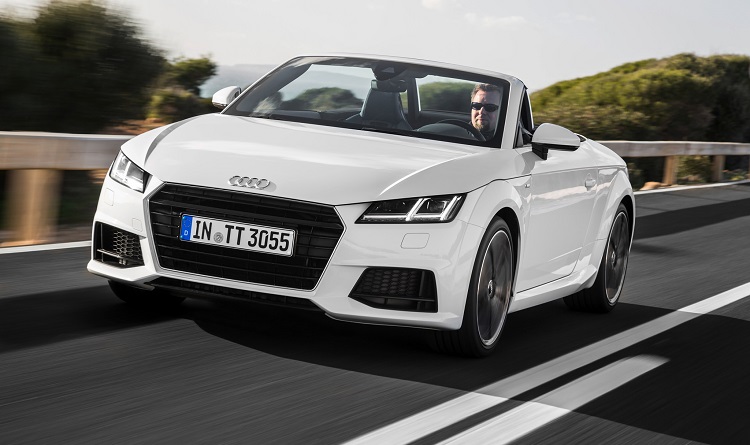 If there is one Audi model that has peaked in popularity, it’s the TT Roadster. This compact and powerful coupe is one of the best selling convertibles in Audi’s current lineup. Tried ant tested for years, Audi TT Roadster offers a predictable but fun experience. 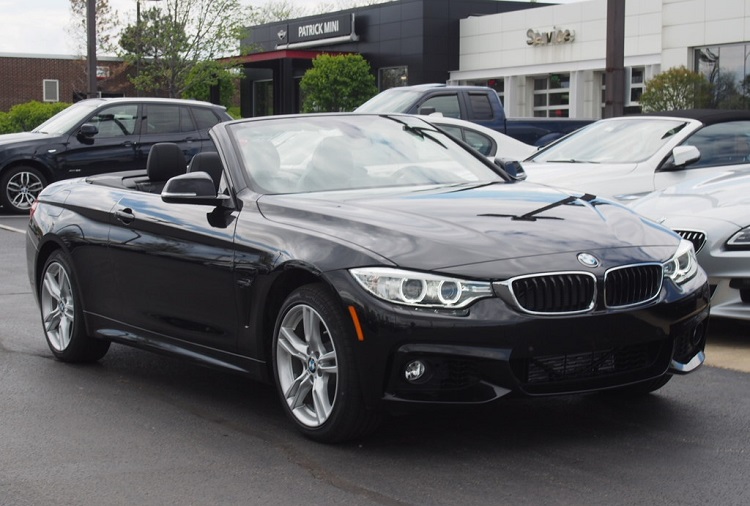 Following the Audi’s A5 success, BMW has achieved somewhat similar results with their 4-Series models, including the 428i Convertible. It packs enough power to satisfy almost all of your needs while still being as comfortable and fun to drive. For the time being the 428i is doing great, even though it comes at a more premium price point. 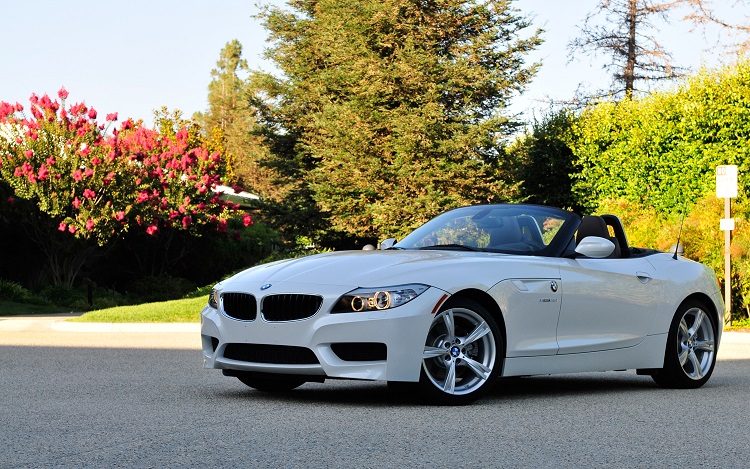 Some critics like to say that BMW’s Z Series is facing extinction due to its lack of flexibility, however it’s still going strong after all these years. The latest in line of this legendary coupe model from BWM comes packed with new tech and modern engines, which only improves the ride quality and performance of an already great platform. 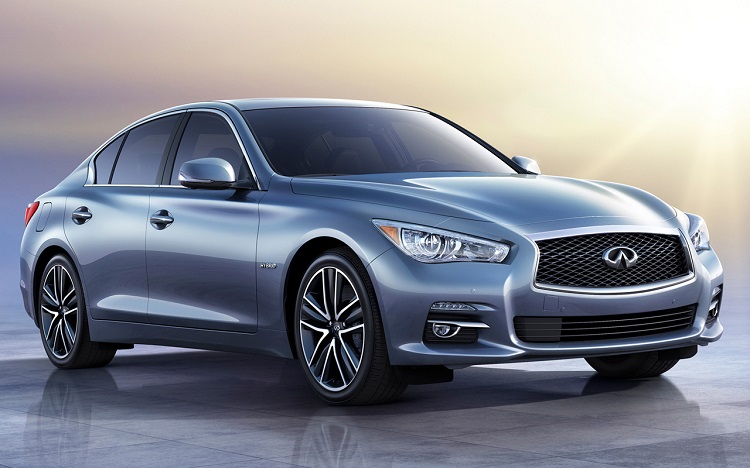 Last year’s Infiniti Q60 is still one of the most promising convertibles you can decide to purchase. This model definitely belongs to a more luxurious category of convertibles, and comes with somewhat higher price tag. However, it looks great and performs even better. If you ever wanted to have the legendary Infiniti G37, but you had to have a new car, you will be pleased to hear that the Q60 is almost the same vehicle under a different name. 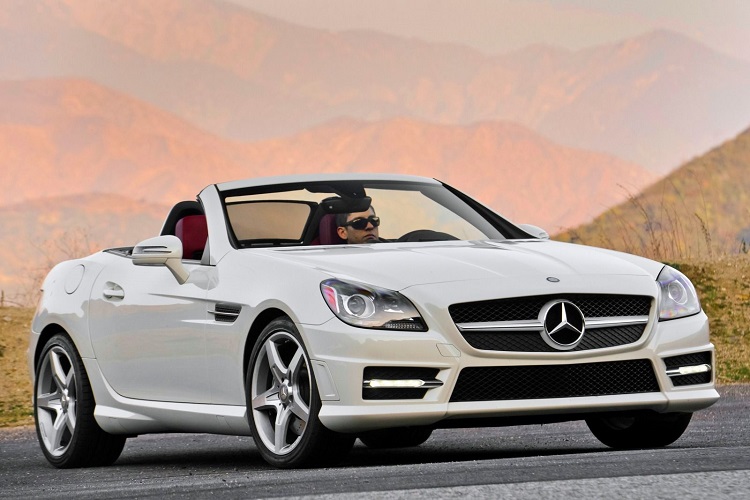 The 2014 Mercedes-Benz SLK250 Roadster sits right around the top of our price range, and it offers exactly what you would expect from a Mercedes-Benz convertible. Performance and design are both excellent, allowing the driver to enjoy the open-top experience even more. If you want a proven brand name combined with excellent capabilities, this SLK250 is an obvious choice. 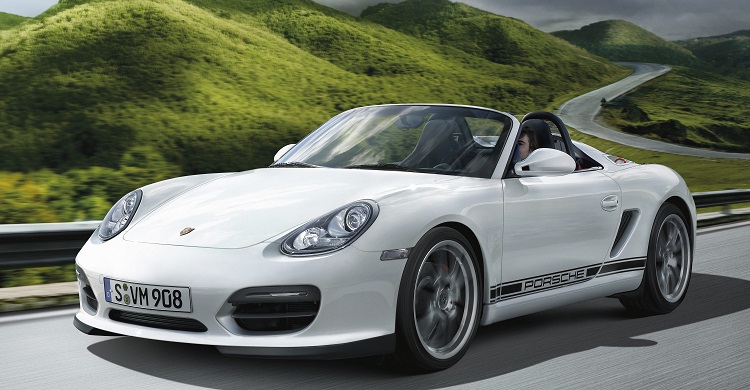 In the $50,000 price range, the only relatively Porsche convertible is the Boxster. Needless to say, it’s a great car with signature Porsche performance and styling. It may not be as fast as some other models from this manufacturer, but the core experience is the same. 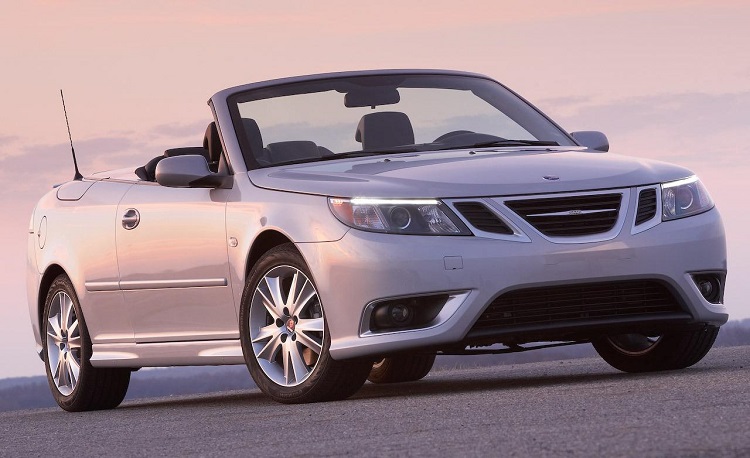 Saab 9-3 is a household name when it comes to convertibles. After all, Saab is the company that pioneered and started the whole convertible executive sedan trend back in the day. The 2011 Saab 9-3 model definitely lacks some of the features you would find on modern cars, but it’s still a great choice if you don’t want to spend a whole lot of money on a new car. 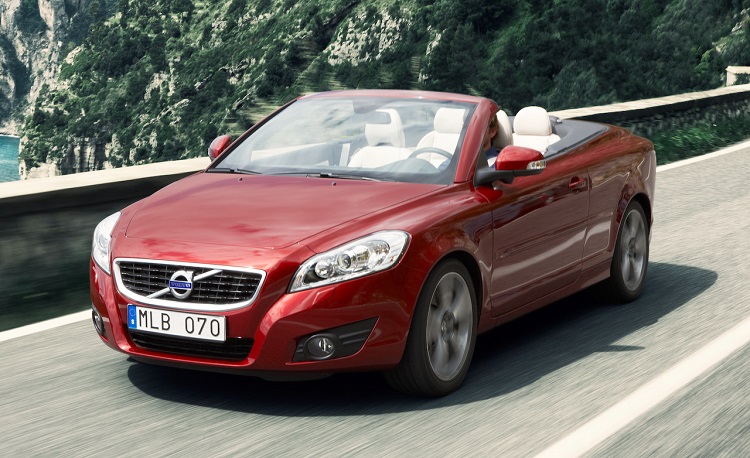 2013 is the last year of production for the C70 convertible from Volvo. It features a very flexible yet powerful engine and an abundance of space for its occupants. The design of C70 looks great despite its age, and you can count of turning a few heads down the road in one of these.