As you probably know by now, there is a new cast running the Top Gear show. After the unfortunate departure of Clarkson, May and Hammond, producers chose Chris Evans and Matt LeBlanc to host the new show. Since we already know what personal collections of previous Top Gear presenters look like, what about Chris Evans’ own car collection? Today we take a look at what incredible cars you can find in the garage of Top Gear’s new host, Chris Evans. 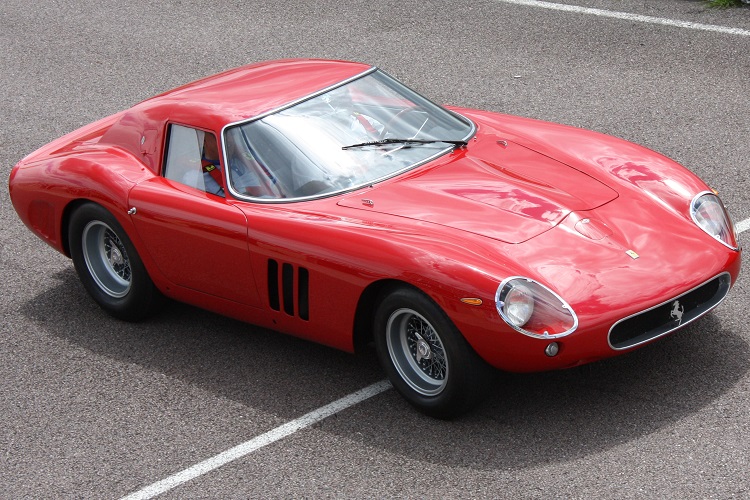 Chris Evans is a huge petrol head, which you can conclude by just taking a look at his car collection. One of the more interesting models you’ll find there is the Ferrari 250 GTO. Yes, he’s one of the few guys out there who owns one of these rare classics. As you will see later in this article, this is definitely not the only Ferrari 250 he owns. 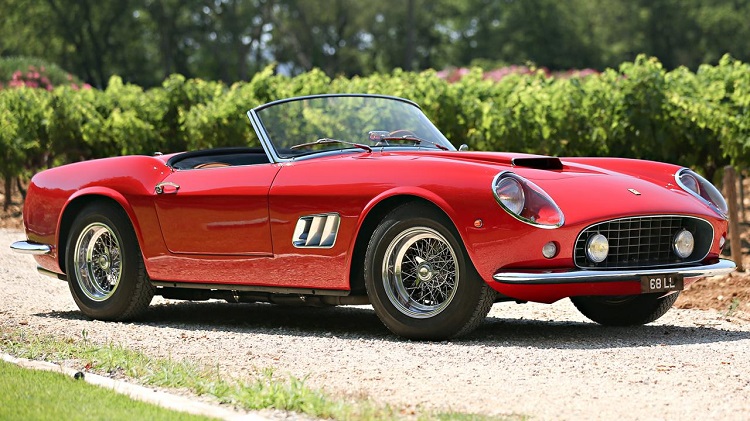 There’s more than one Ferrari 250 in Evans’ collection. This is a 250 GT California Spyder he paid 6 million pounds. What makes this car so unique is the fact that it was previously owned by Steve McQueen. Now how many people can say they own something like that? The answer is not many at all. Evans has a thing for Ferrari 250, and this one just goes to show how far he’s willing to go. 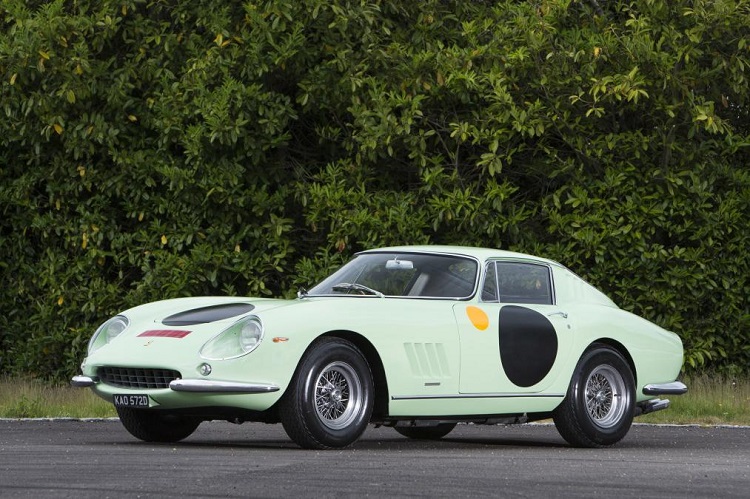 Speaking of legendary Ferrari’s, Evans also owned not one, but two Ferraris 275 GTB/6C. He had a red one which he used to drive around London frequently, while his other one featured a light green color with racing marks. Evans recently tried to sell the light green one in 2015, but that didn’t end well so he kept it. 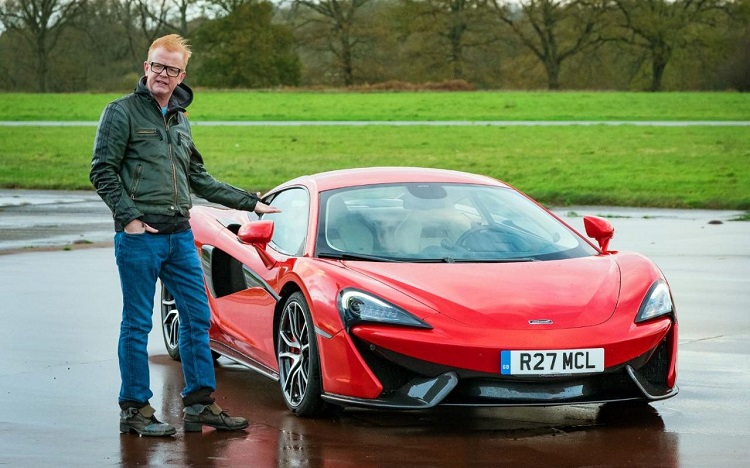 McLaren somewhat fell of the map after their huge spike in popularity surrounding the F1. They are slowly coming back, and Chris Evans is in on the deal. He got himself a brand new McLaren 675LT, a special limited version of the McLaren 650S. You got to appreciate his taste for cars that put performance before branding. 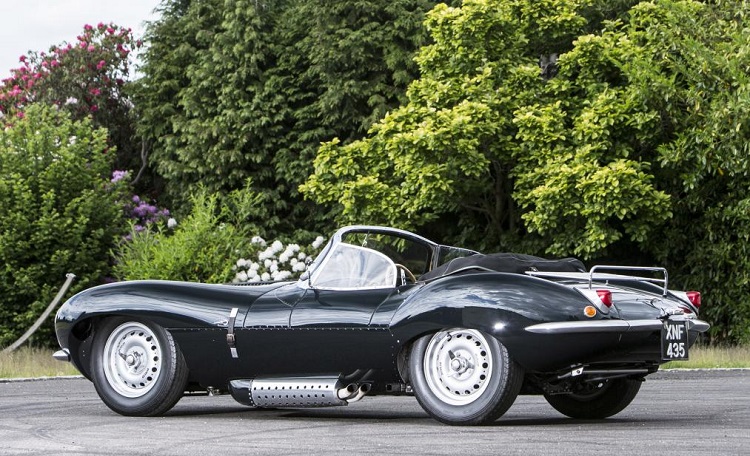 Before he decided to auction it off in 2015, Chris Evans was the proud owner of a Jaguar XKSS. However, this wasn’t a genuine Jag. He bought a replica of this legendary model that was pretty much built to spec compared to the original. Just how good this car was, you can conclude from the fact that he sold it for mid six figure amount. 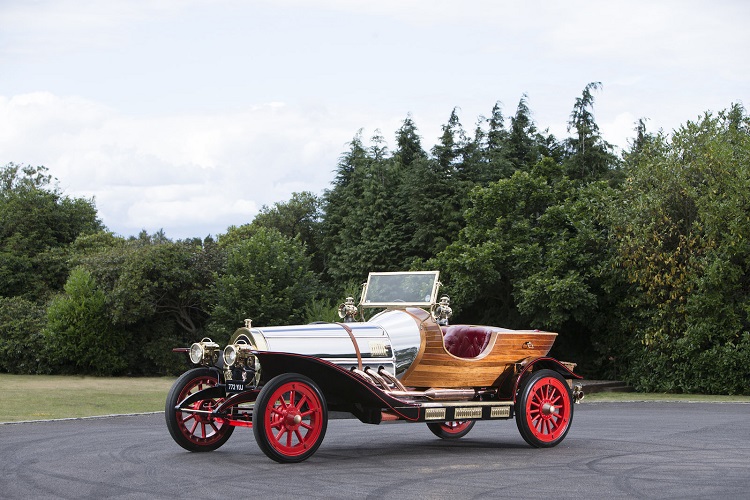 While most newspapers falsely reported that Chris Evans owns the original Chitty Chitty Bang Bang car, the GEN 11, he actually owns a replica that was made by Gordon Grant. He bought it on an auction and later realized it was just too long for his garage. The car was to be auctioned off. We know that Evans appreciates odd and unique cars, but something that was said to have a turning radius of a ‘battleship’ may be just too much hassle for new Top Gear’s host. 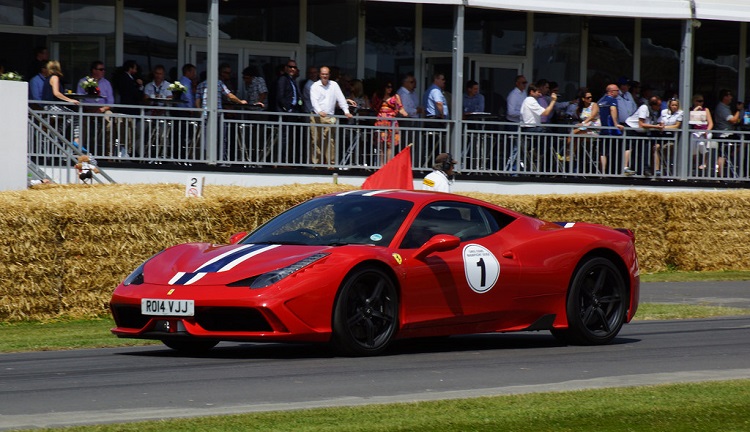 Back to Ferraris. Evans has a thing for this brand, this is apparent by now, however he is not exclusively a fan vintage models. He owned a Ferrari 458 Speciale, a very attractive beast that was marketed as a track oriented build of Ferrari Italia coupe. What happened to this Ferrari is not known, but we do believe Evans put it through its paces more than once. 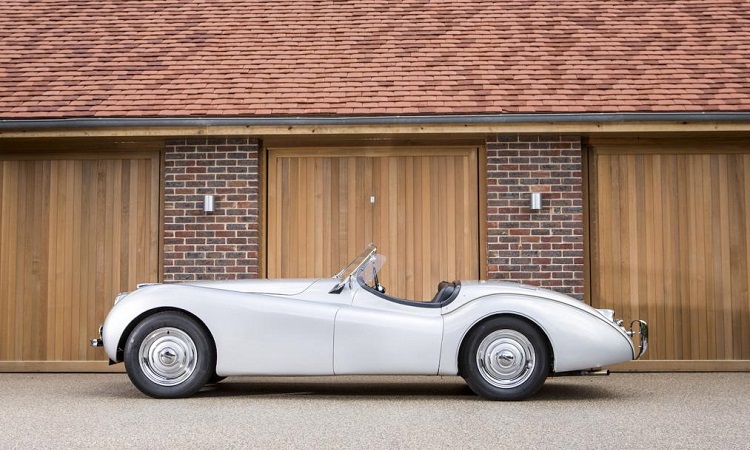 When it comes to rare cars, this XK120 is probably one of the rarest models in Chris Evans’ garage. Only 240 of Jaguars XK120 with alloy bodies were ever made, and Evans is among the few lucky ones to one. However, Evans tried to get rid of this car in 2015, but wasn’t happy with the offers he managed to get during the auction. As far as we know, the car is still in his possession. 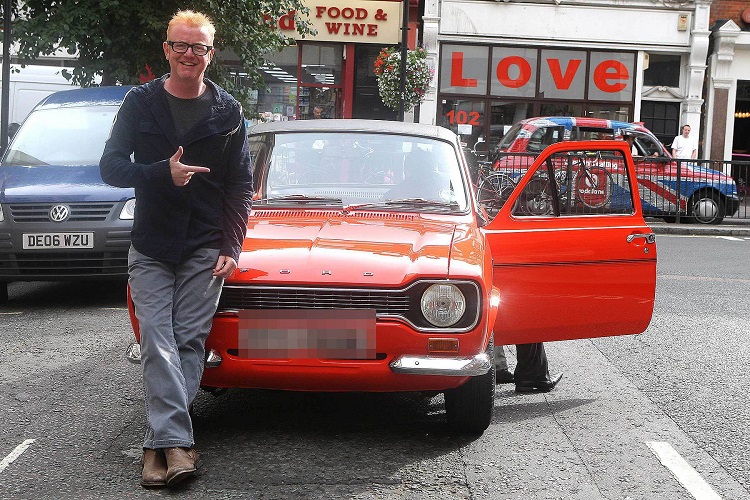 Being a true petrol head means that you appreciate a car regardless of its price or performance specs. Chris Evans is familiar with this idea and you will see a very interesting Ford Escort Mexico in his garage. It is in mint condition, and is definitely one of the cleanest cars of this make and model you can see on the streets. 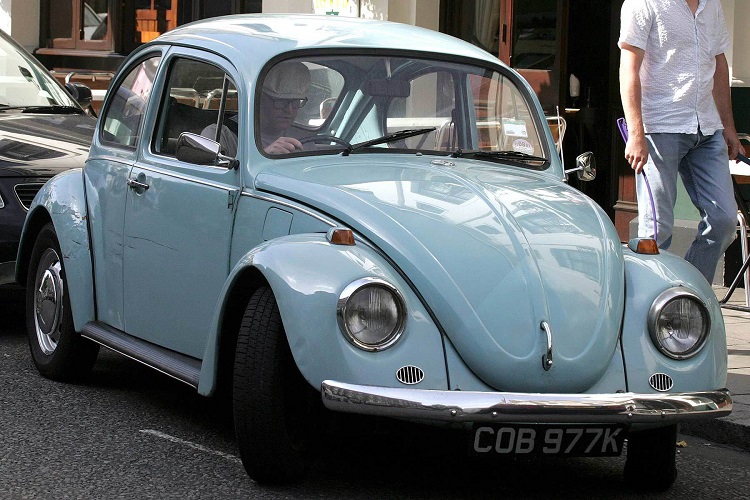 Continuing with “ordinary” car models in Evans’ garage we have this mint condition VW Beetle from 1972. There’s nothing flashy about this car, nor is it worth millions, but it’s one of the most produced cars in history, and definitely one that every petrol head needs to own. Chris Evans definitely understands this, and loves his little bug. 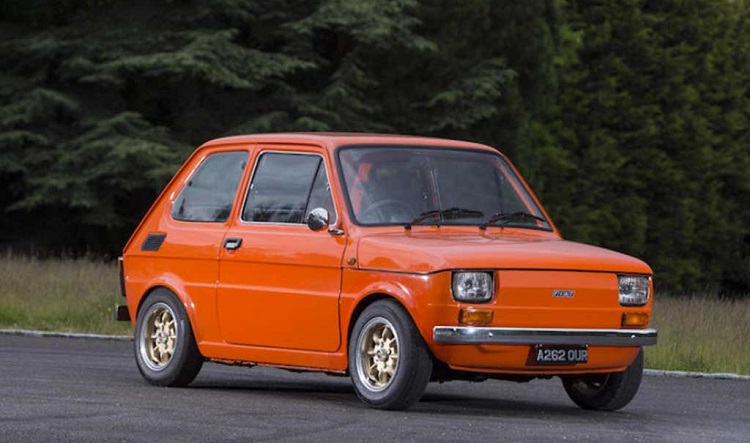 Small compact cars with rear engine displacement are rare, especially these days. Aside from the Mini and VW Beetle and Fiat 750 there weren’t many popular models. Fiat 126 is a rare case car which is also one of the smallest production cars ever made. It was popular in Italy and Eastern Europe where some of the manufacturers bought a license from from Fiat to make their own versions of this car. 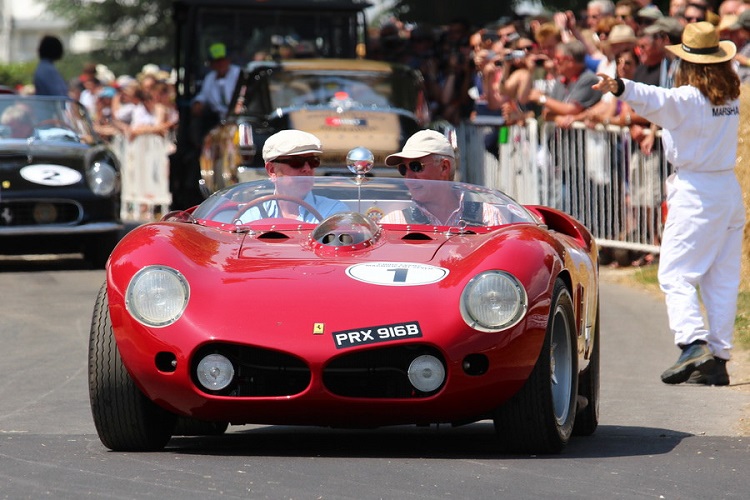 At some point, you’d think that owning two different Ferrari 250s would be enough for Evans, however that is definitely not the case. To spice up his collection, Evans acquired a Ferrari 250 TR 61Spyder Fantuzzi, a rare and exciting car that was originally designed and used in Le Mans by legends such as Paul Frere and Oliver Gendebien. 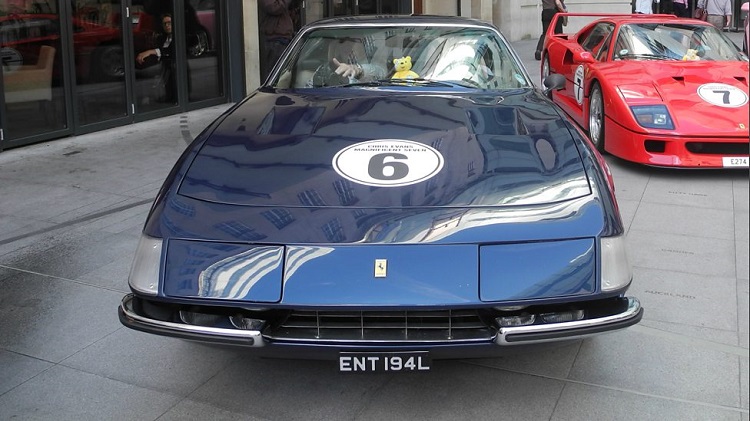 With an incredible Ferrari Colombo engine featuring 4,390 liters displaced across 12 cylinders, we can see why Evans decided to get a very costly Ferrari 365GTS/4. It’s a very unique Ferrari, and you won’t see many of these in private collections, let alone streets of London. It’s probably one of the most interesting cars in Evans’ garage. 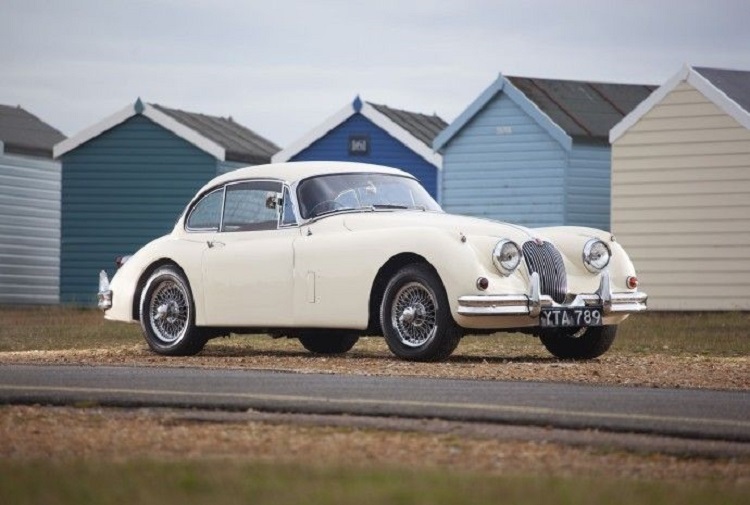 Vintage Jags seem to be something Evans just can’t get enough of. This beautiful XK150 shows you just how far the new Top Gear presenter is ready to go to get one. With super low mileage for a car from 1958, this XK150 is almost invaluable. It’s fair to say that this thing runs much better than some new cars thanks to how well it was preserved. 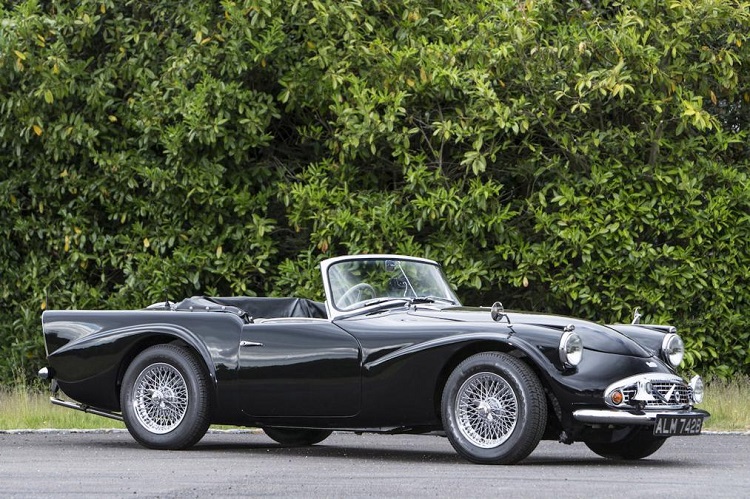 Okay, so we saw some Ferraris, some Jaguars, and some not so exotic cars. However, this Daimler SP250 Dart is truly a gem. It’s a rare roadster that not many people even know about, and this specific one is even more special because it was tuned to police specs. Needless to say, Evans really knows how to surprise with his choice of wheels. 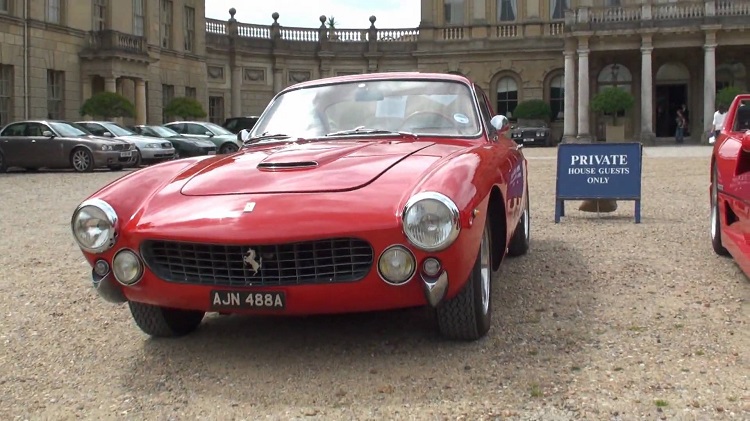 Yup, another Ferrari 250, this time the illusive GT Lusso Berlinetta. A model with a production run of only 350 units. Out of those, not many have remained in mint condition. Chris Evans managed to find one of the best specimen of this car. His Ferrari 250 GT Lusso Berlinetta is estimated to cost over $2 million. 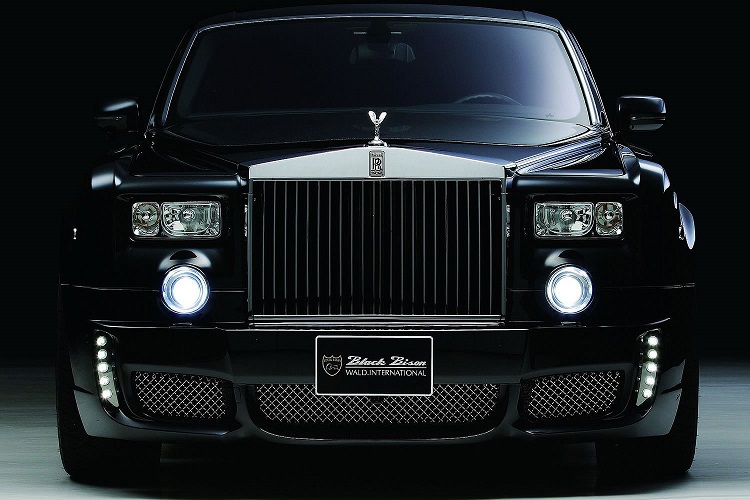 There is no shortage of exotic sports cars in Chris Evans’ garage, that’s for sue. But this guy also appreciates proven comfort and elegance. He owns one Rolls Royce Phantom, a no nonsense version of the car that is all about class and style. Definitely a car for every occasion, or at least those where a vintage Ferrari just wouldn’t sit right. 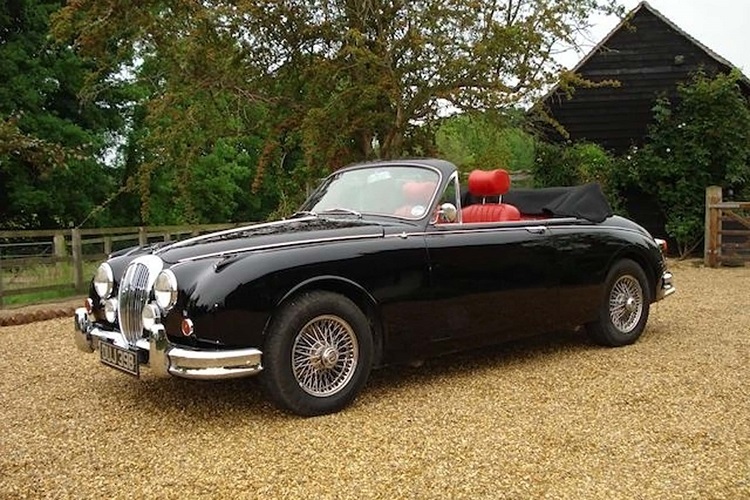 Among the cars Chris Evans used to own, this Daimler V8 really stands out. For one, it’s just an exotic and unique car that you rarely ever see. But most importantly, it was so well restored by some of the best people in the business, that you just can’t stop looking at it. Unfortunately for us, and fortunately for some lucky person, Evans sold this car back in 2007. 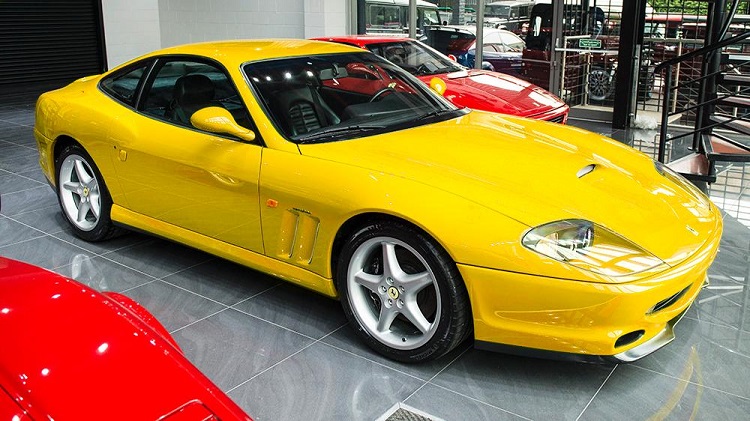 We’ve talked about all the impeccable cars Evans owns, or has owned, but what about cars that fell victim to his driving? This Ferrari 550 Maranello is one such unfortunate vehicle that he crashed one day while going to the gym. As you can see the damage was substantial, and there was no fixing this thing. Everyone has a bad day, or a moment where things just go wrong, and so does Evans. 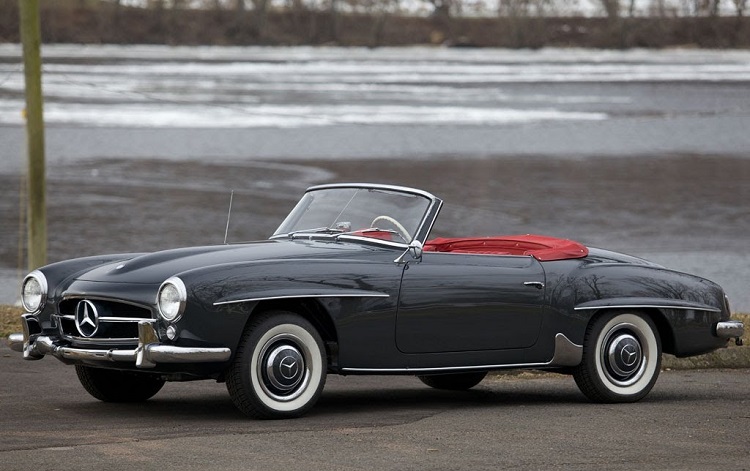 When it comes to vintage cars, nothing beats the style and driving sensation of a classic Mercedes-Benz. In this case, we’re talking about the Mercedes-Benz 190SL Roadster. Chris Evans can be seen driving this awesome car from time to time, and we completely understand why he chose to take thing thing out for a spin more than his other toys. 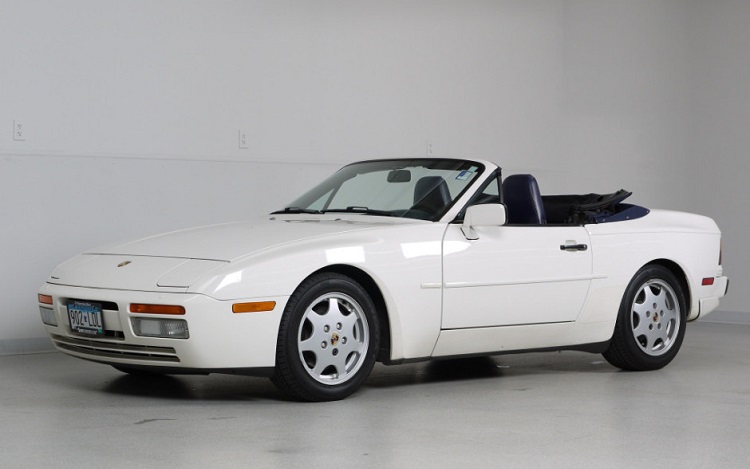 Before he got into more expensive and exotic cars, Evans owned a Porsche 944 convertible. This car is definitely not something that you would consider to be rare or special. However we all started somewhere, and this Porsche is an important part of Evans’ beginnings. We don’t know if he still owns this car, but we believe he has fond memories of it non the less. 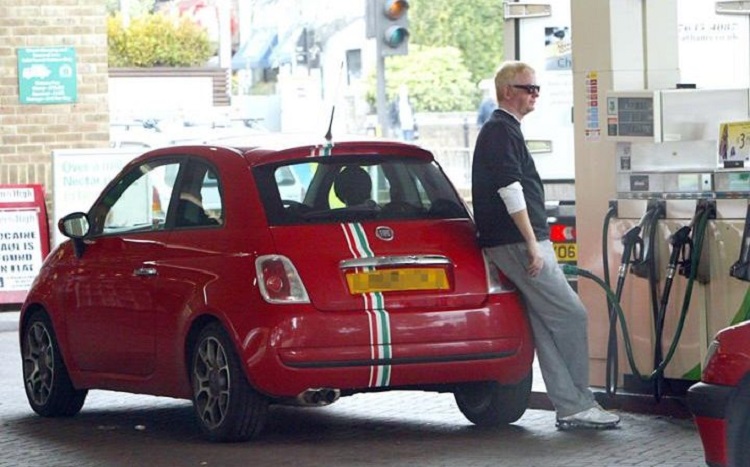 Everyone needs a daily driver, no matter how many fancy cars they have parked in the garage. For Chris Evans, the perfect model for this application is none other than the Fiat 500. It’s small, stylish, and very easy to drive in busy streets of London. His Fiat 500 sports that Ferrari Red color with race stripes in form of Italian flag. Not his most impressive car, but definitely a practical one. 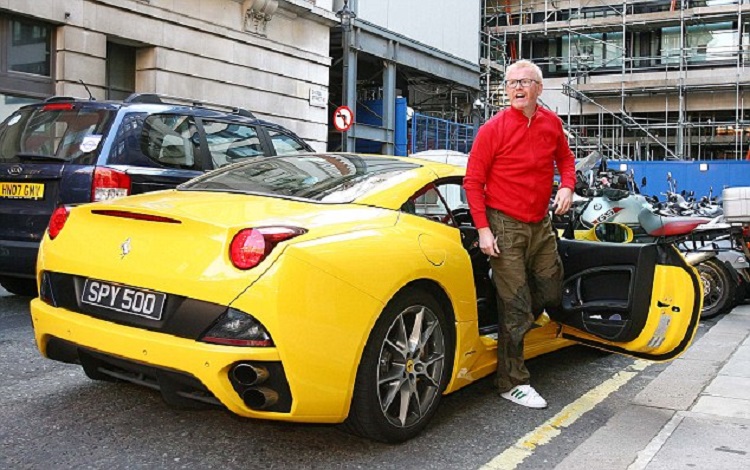 One of his more recent Ferraris is this bright yellow California he was seen driving around London. It seems to be all about that legendary horse badge for Chris Evans. We can’t blame him though, Ferrari simply makes some of the best sports car in the world. They may not be as fast as a Veyron, but they sure have that charm that rarely any other car has. 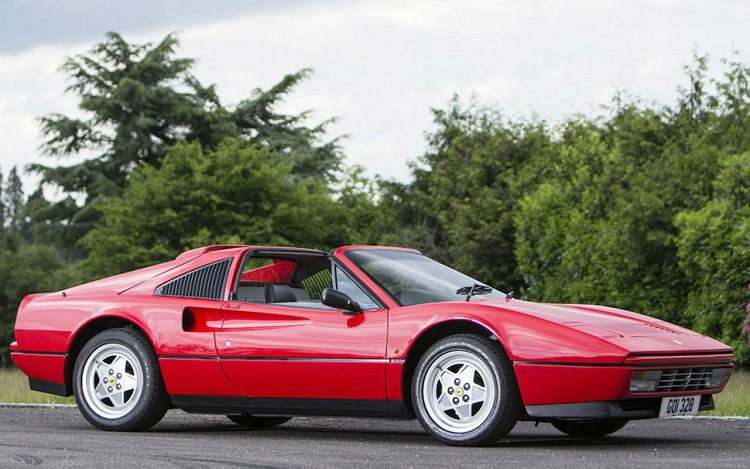 Evans has bought and sold a lot of cars over the years, but there’s one he regrets selling the most probably. He used to own a Ferrari 328 GTS, a beautiful classic that featured some of those thing that you just don’t see anymore. Dog-leg gearbox, pop-up headlights, it had it all. We believe that Evans would buy back the car he sold in a heartbeat, if he ever received an offer. 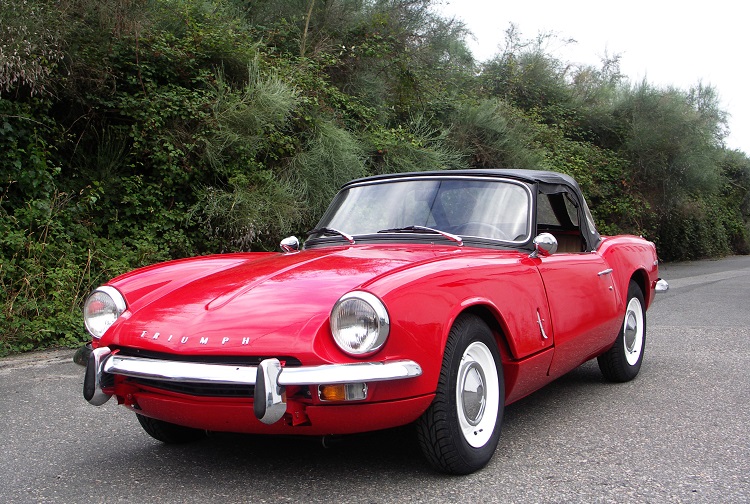 Not many people appreciate a classic British car these days. For some it’s all about that Italian heritage, or new age gadgets. However Chris Evans has a thing for Triumph Spitfires, especially the Mark III version. They are by far some of the most charming vintage roadsters, which he describes as little Ferrari California Spyders. He owned at least two of those, and is eager to get another one. 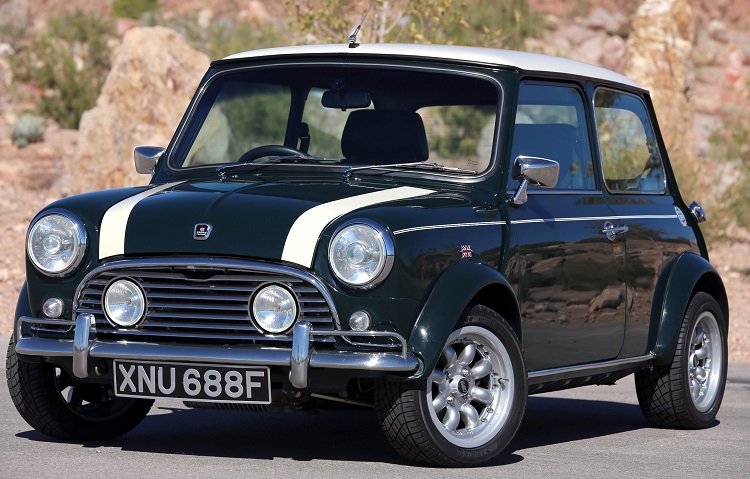 Before he grew up to develop his extensive car collection, Chris Evans was in love with MINIs when he was younger. He faults The Italian Job for this infatuation with MINIs, which led to him owning several of these cars over the years. This just goes to show that no matter how distinct your automotive taste is, there are simply cars out there that you will always find special no matter how simple they are. 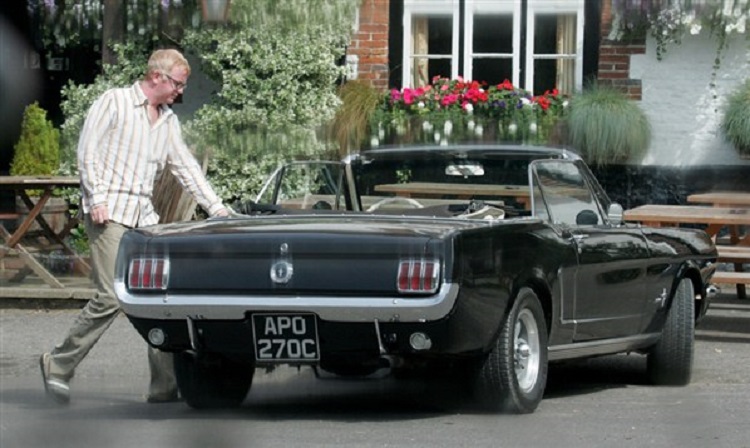 You won’t find many American muscle cars in Evans’ garage, however there is one that he holds very dear, and probably won’t ever sell. His 1963 Ford Mustang Convertible is his own personal piece of that classic Americana. It’s one of his favorite cars in his entire collection, and one that is definitely interesting considering its history and historical significance.