Automotive safety is only getting better and 2016 is the year that shows just how far we’ve come. There have been numerous models that performed well above what is required, and every segment of the market is packed with cars that have scored the highest numbers in international safety tests. We’ve chosen 16 of the safest cars that were released in 2016 from every category that we think you can rely on for safe and secure travel. 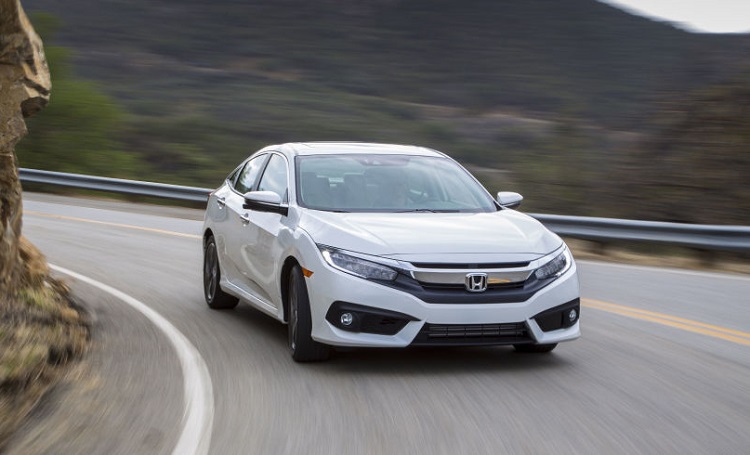 Honda Civic is no stranger to exceptional safety standards. This year’s model managed to grab the achieve award winning results in IIHS tests, and is rated as great across the board. Only safety point that isn’t great is the child seat anchor, which is rated as acceptable. 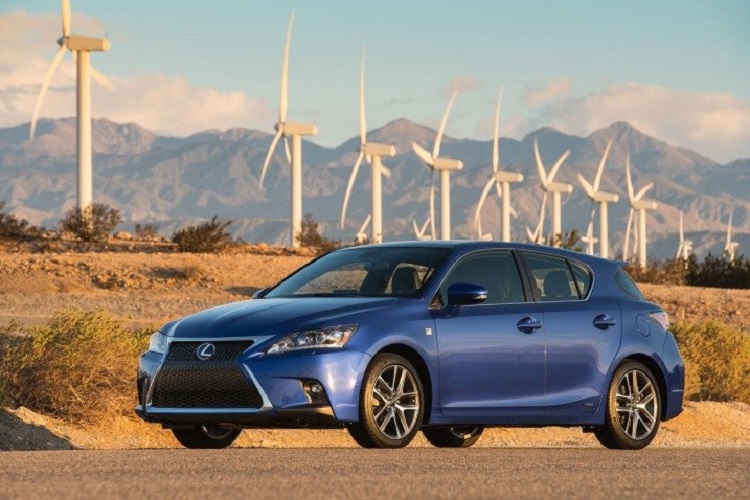 IIHS awarded Lexus CT 200h a TSP+ rating for its overall great safety performance in all of their tests. It’s not as good as the Civic we’ve just mentioned, but that is mostly due to inferior advanced options compared to the Honda. 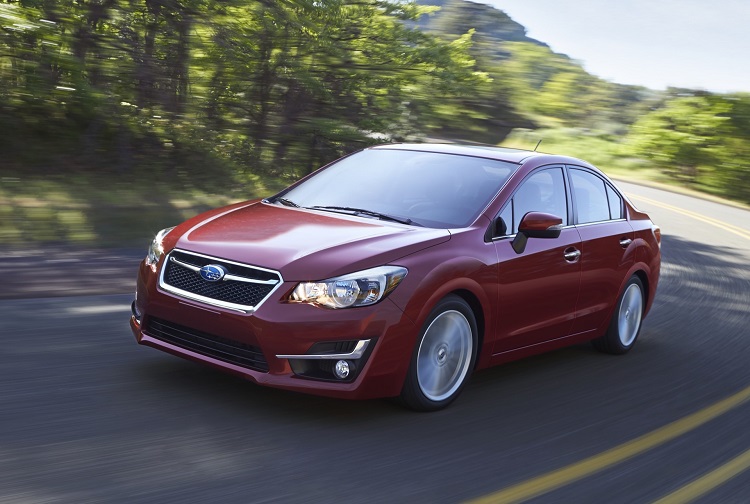 Once again Subaru is showing that their flagship model is capable of not only great performance but also keeping you safe. TSP+ score was awarded to both the standard Impreza, and the WRX model. This is very comforting seeing how the WRX owners are usually considered to be more exposed to risk of having an accident. 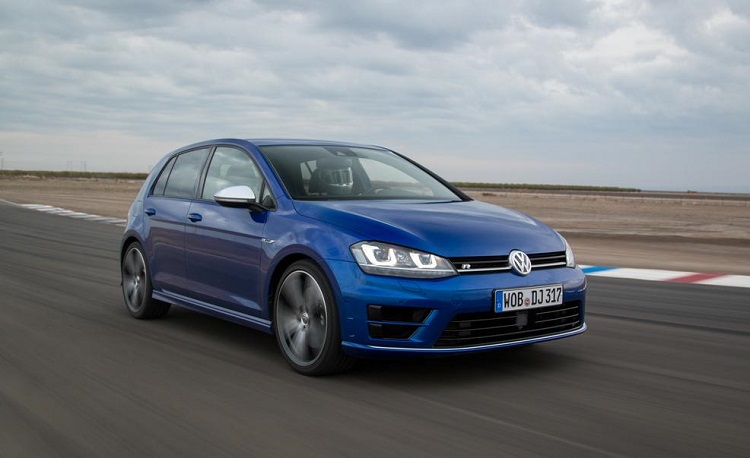 This year’s Volkswagen Golf also showed great performance in all of the IIHS tests. However only the 4-door and sportwagen versions received the TSP+ score. It’s currently not known why the rest of the Golf range failed to acquire the same safety ratings. 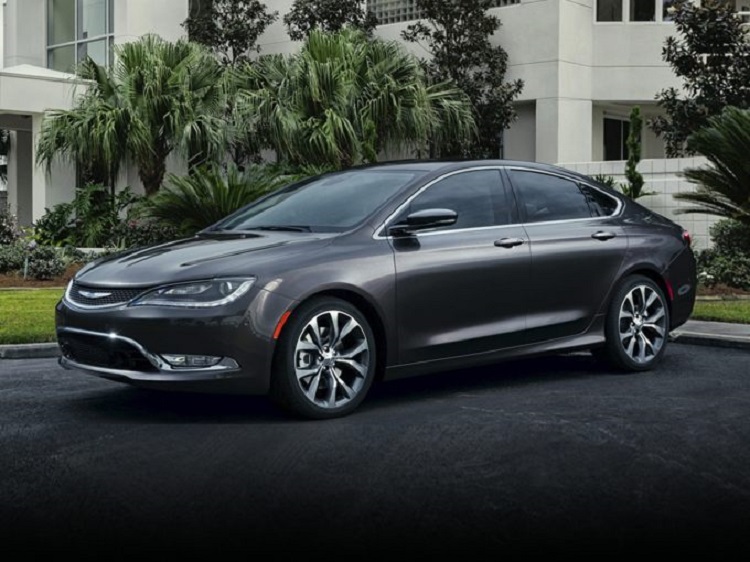 Unlike its predecessor, 2016 Chrysler 200 scored impressively high in this years safety tests. It appears that Chrysler really stepped up their game when it comes to safety standards and quality control in general. Not only is the new 200 safer, but it also lacks some of the issues that were known to occur in the 2015 model. 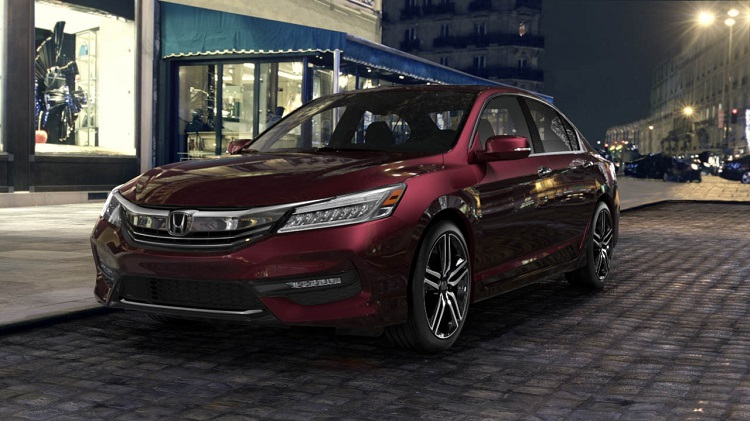 Honda Accord, both the 2-door and the 4-door versions, scored the highest ratings IIHS gives out. They are both rated as TSP+, and are the IIHS’ pick for midsize sedan of 2016. Honestly, we can’t say we are surprised with this decision. 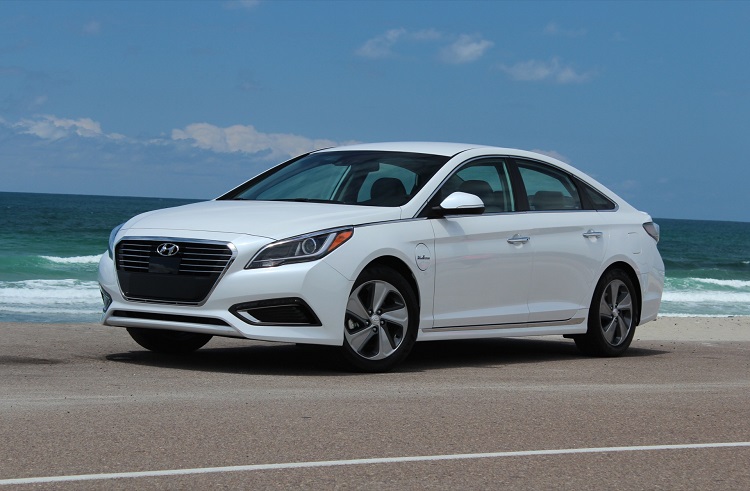 Hyundai surprised the industry this year with their improved Sonata, which scored exceptionally high in IIHS safety tests. The TPS+ rating applies only to vehicles made after October of 2015, as there were some issues with models made before this time. 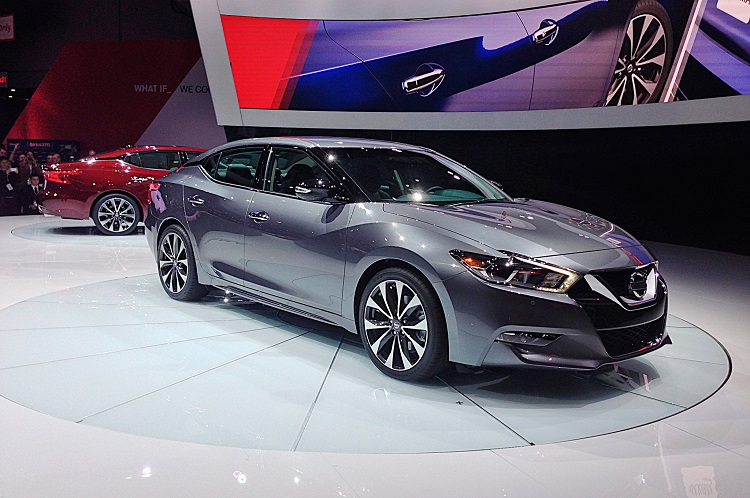 Nissan is one of those car manufacturer that always has great safety features in their cars. This year’s Maxima is no different, and that is one of the reasons why it scored a TSP+ rating in IIHS safety tests. It is also just one of many Nissan vehicles that received this score. 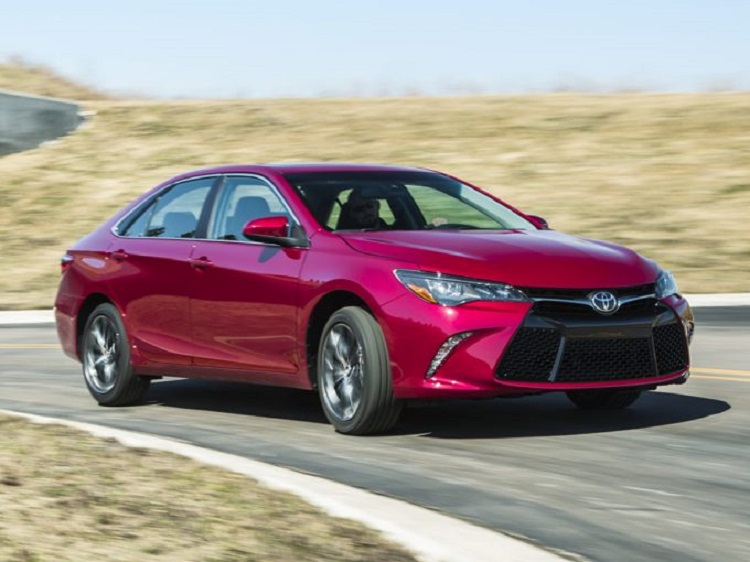 Toyota is another Japanese manufacturer that delivers only the best safety performance in their vehicles. 2016 Toyota Camry offers safety features and scores that fall in line with this model’s established reputation of a very safe vehicle. It also scored the TSP+ rating. 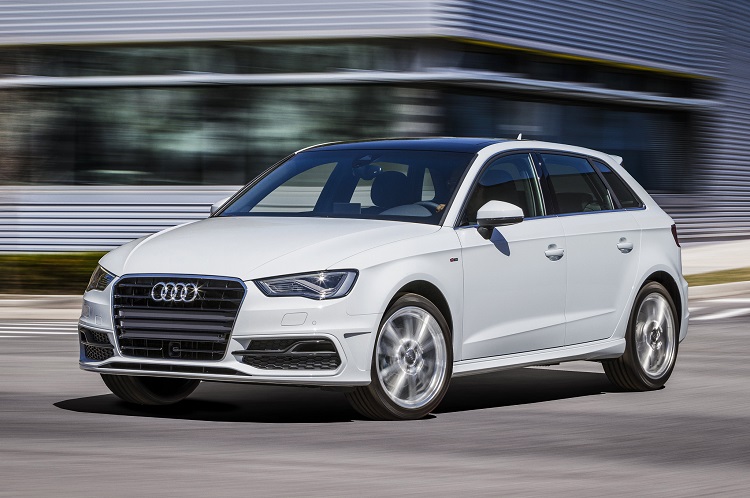 When it comes to luxury or near luxury, 2016 Audi A3 is one of the more exceptional models to receive the TSP+ safety rating. It offers very high levels of protection in case of head-on collision, which is why it’s one of the IIHS top picks for this year. 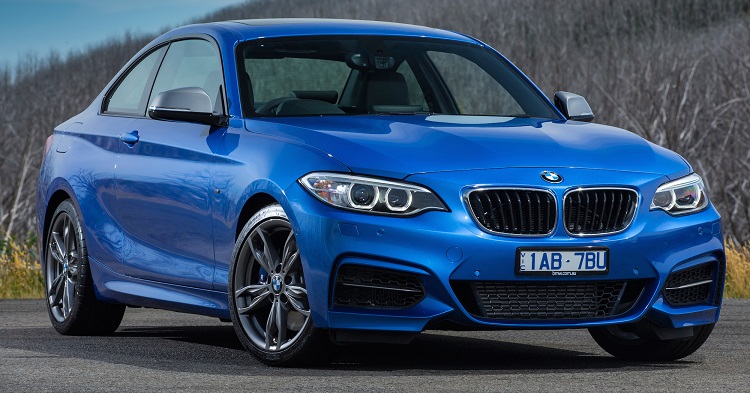 BMW 2 series is one of the more interesting luxury sedans that was tested by IIHS for 2016. It scored very high, with great ratings across the board. 2016 BMW 2 series is also one of IIHS top picks for this year when it comes to safety and safety features. 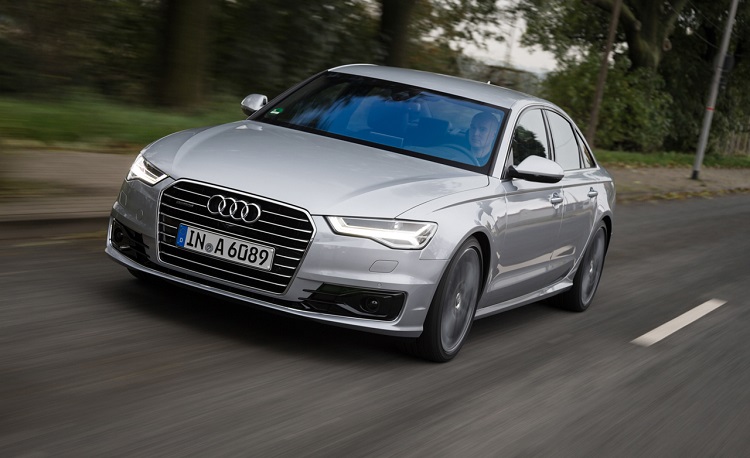 Large luxury sedans are expected to offer only the best in safety and security of passengers. Audi A6 delivers exactly that, however the TSP+ rating applies only to models made after January 2015. 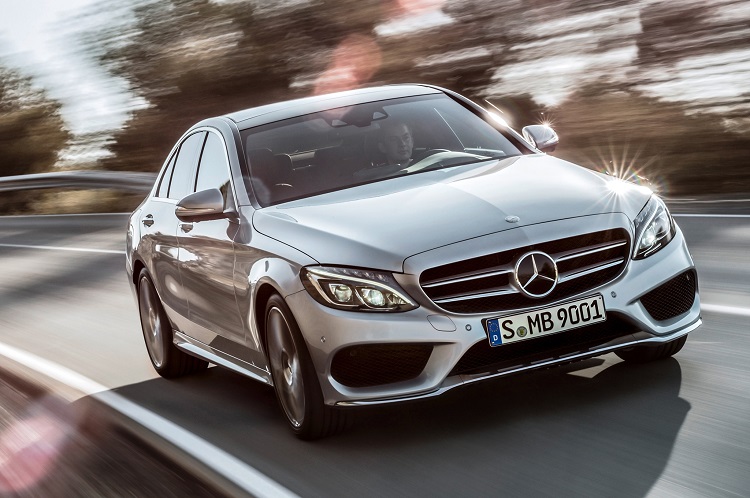 The 2016 model of Mercedes-Benz E-Class showed superior performance in IIHS safety tests. With or without optional safety features, this car scored very high in all collision tests. Passenger safety is guaranteed by numerous innovative features that are incorporated into this year’s model. 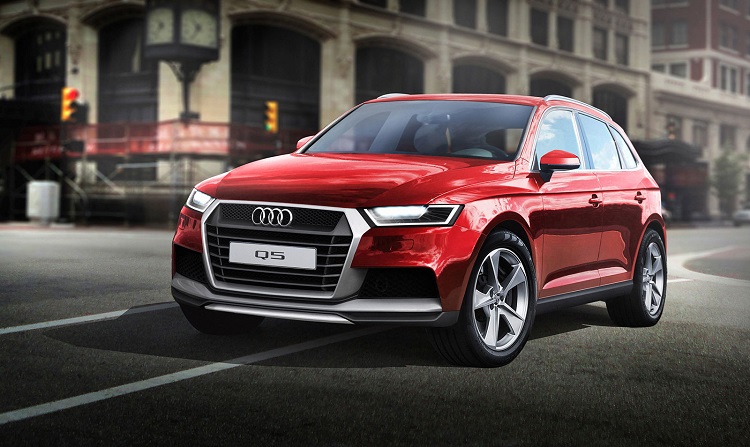 SUVs tested in 2016 revealed a higher level of passenger safety in all types of collisions. Audi Q5 is one model that performed great in this year’s tests, and is IIHS top pick for this year. Additional equipment offered by Audi significantly increases the safety levels of this car, and is recommended for anyone who might want to buy this car. 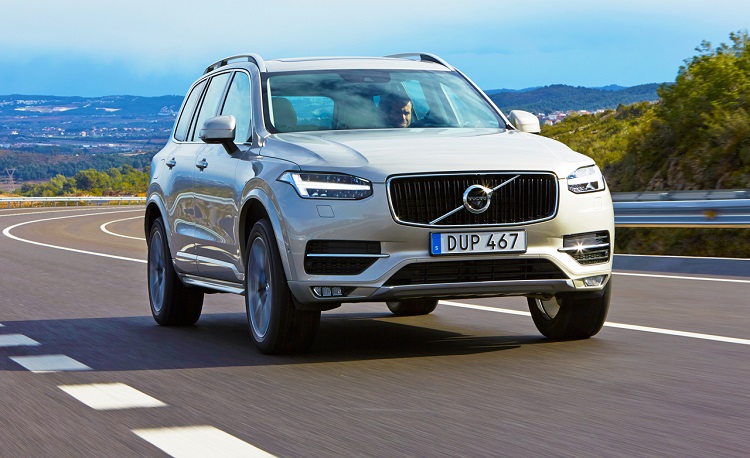 If there’s one thing Volvo does great, it’s the safety performance of their cars. 2016 XC90 continues that tradition scoring the highest ratings, and being chosen by IIHS as one of their top picks for this year. Only point where it could be improved is the child seat anchoring. 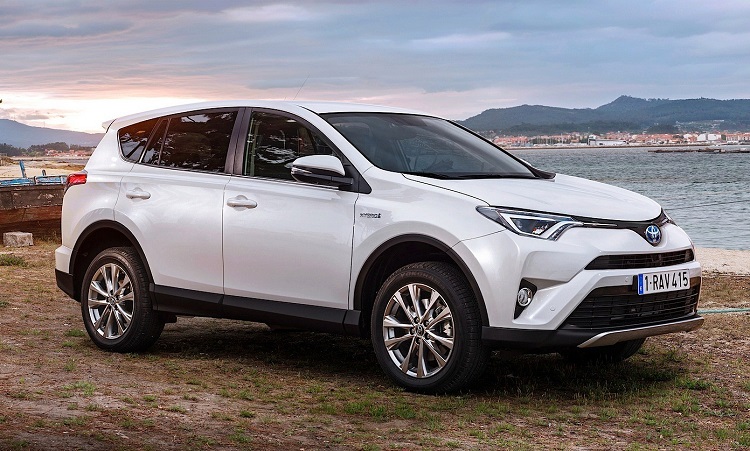 For a small SUV, Toyota RAV4 held up exceptionally well in all collision tests. It scored the TSP+ rating from IIHS, however the child seat anchor is classified as marginal. This is the only issue this Toyota has when it comes to safety and security of its passengers. 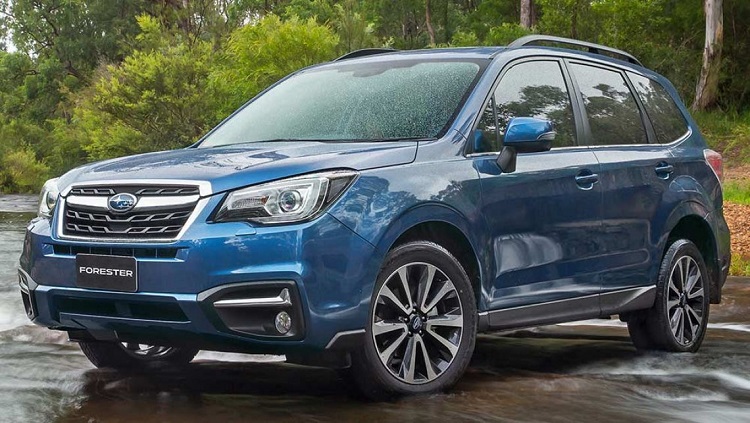 Subaru has once again proven that safety of their users is equally as important as the quality and performance of their cars. The 2016 Subaru Forester scored the highest marks on the IIHS tests, and is one of their safety picks for this year. You can trust your Subaru Forester to take care of you, and your loved ones. 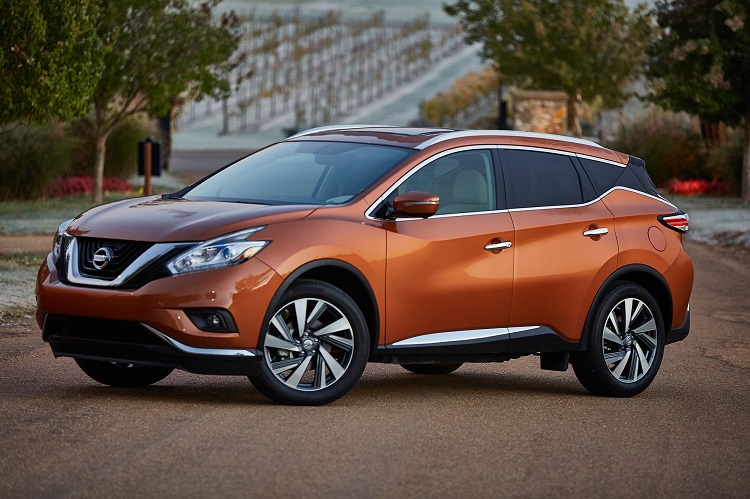 Despite its slightly unconventional design, 2016 Nissan Murano offers outstanding safety features to its potential owners. This SUV showed adequate performance when it came to impacts to all primary areas, with great energy absorption capabilities. 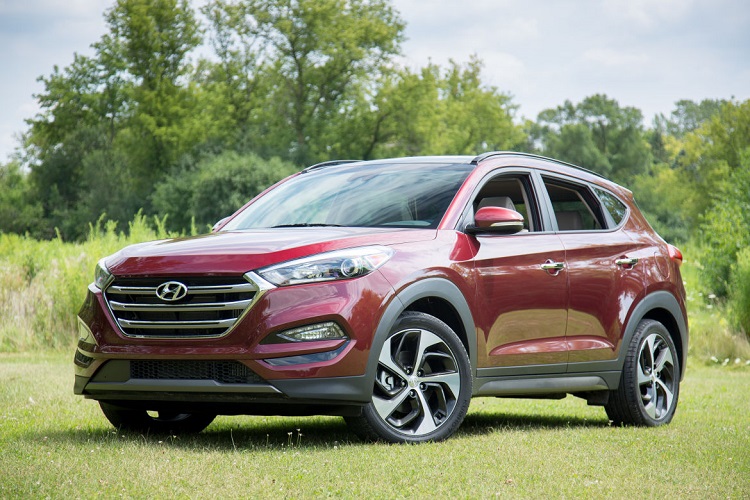 Hyundai has seriously dedicated their efforts and resources in providing better protection for their users with every new model they roll out. 2016 Hyundai Santa Fe Sport is not only a very capable SUV, it also received the highest scores in the IIHS trials. The optional safety features only increase the already outstanding safety rating of this vehicle. 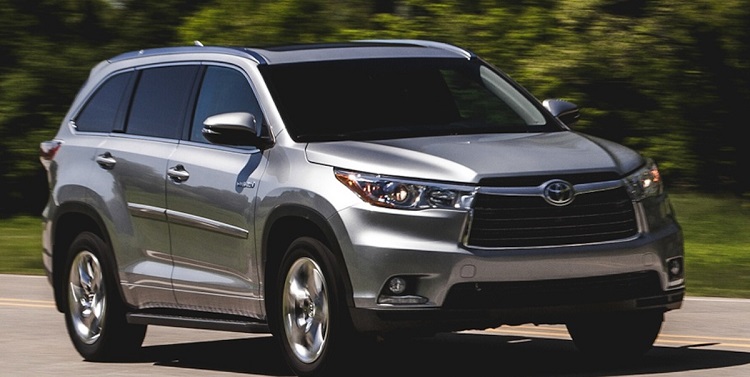 Toyota is the kind of brand that you don’t have to check to see if their safety standards are good enough to protect you and your loved ones. The 2016 Toyota Highlander fortifies that reputation even further with its impeccable IIHS scores, and impact test results. When it comes to SUVs, you can hardly find a safer vehicle than this. 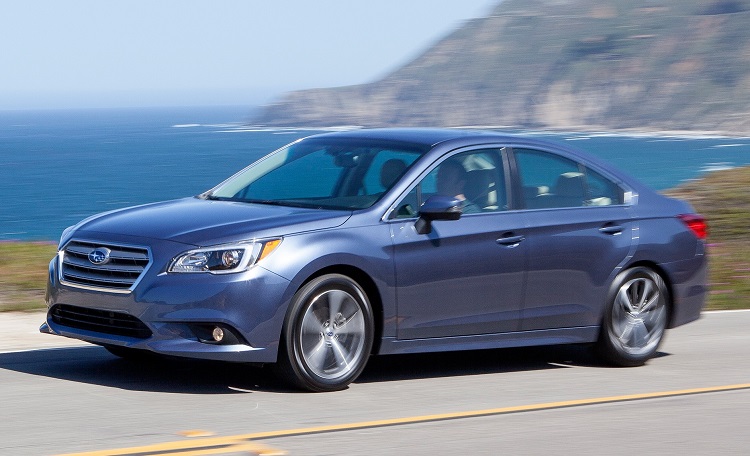 2016 Subaru Legacy offers the best kind of safety equipment and protection to its passengers. Just how good the safety features on this car are was proven by IIHS trials where 2016 Subaru Legacy scored among the select few TSP+ candidates. It is considered to be among the safest sedans available on the market at the moment. 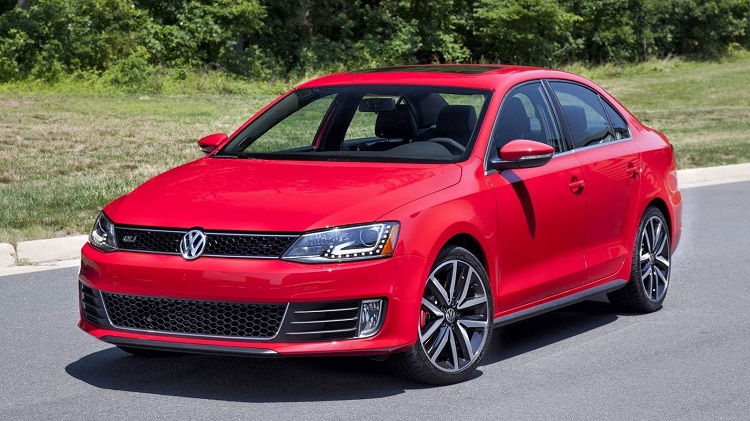 For a midsized sedan in a very competitive price range, 2016 Volkswagen Jetta offers the level of safety and protection usually found in vehicles that are in a higher price bracket. We could attribute this to that good old German engineering, but let’s just say that Volkswagen keeps safety at a very high regard. 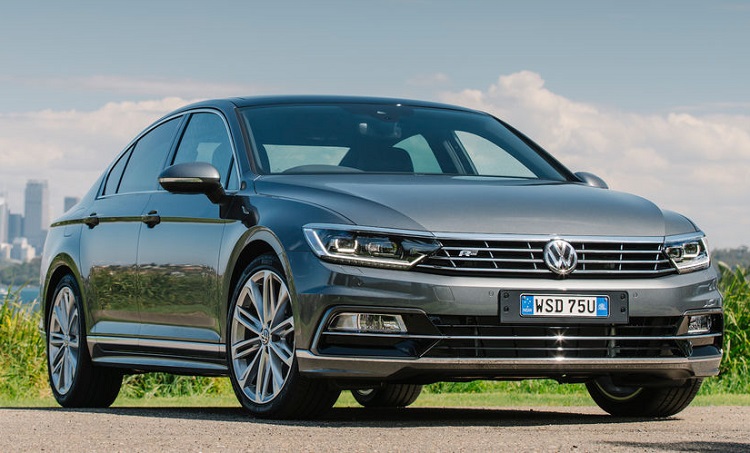 Similar to the Jetta we previously mentioned, 2016 Volkswagen Passat also offers a very good level of safety and protection to its users, especially the youngest ones. Aside from a slight issue with headlights, this year’s Passat was voted for the Tip Safety Pick+ by the IIHS. The latest iteration of this legendary model proves that efficiency doesn’t come at the cost of safety. 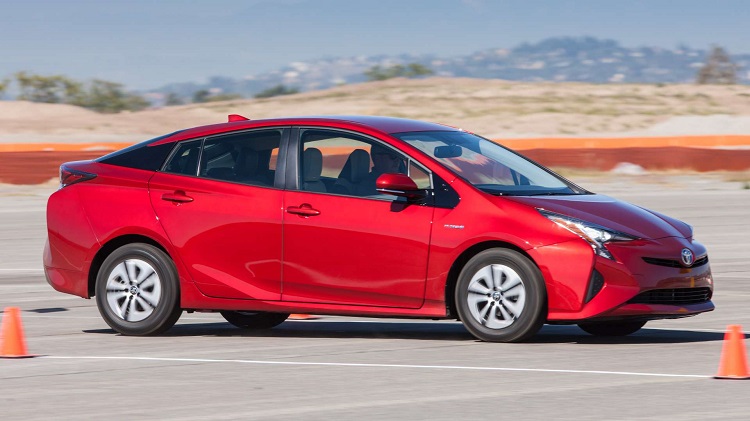 Not only is it extremely fuel efficient and popular in almost every part of the world, but 2016 Toyota Prius also brings the best IIHS scores to the table. This eco-friendly car features the latest and greatest in passenger safety features and standards, ensuring a wholesome experience with minimal risk. 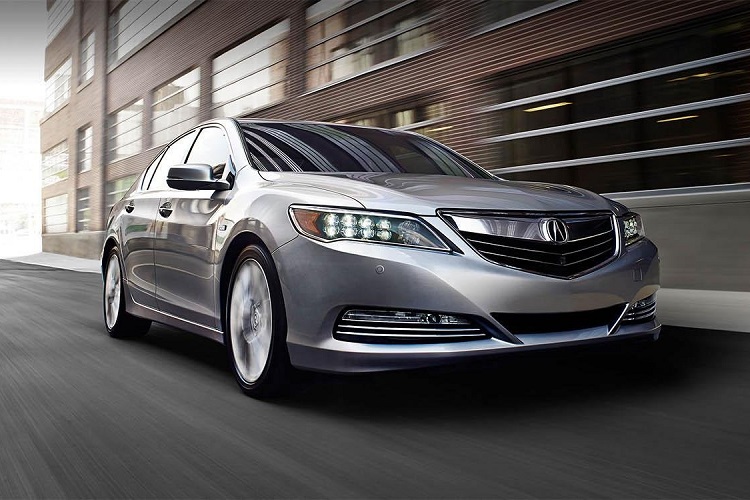 Although it’s becoming more and more a brand of its own, Acura features one of the best attributes of Honda, and that is dedication to passenger safety. Not only does it score very high at the IIHS test and trials, but 2016 Acura RLX named as one of the safest cars this year. 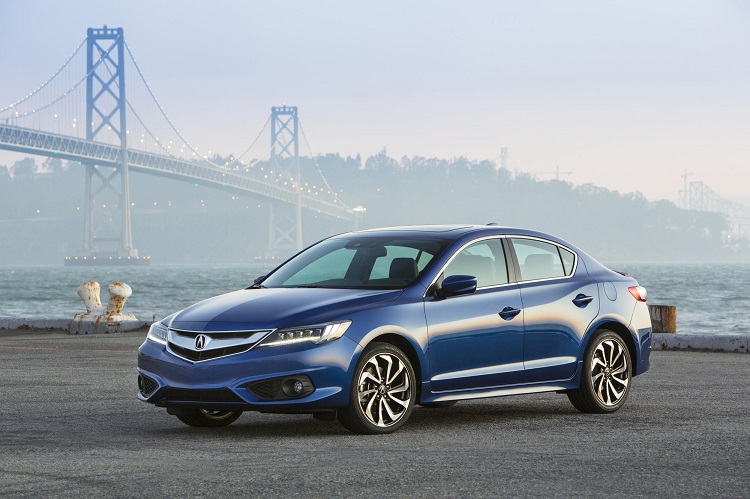 The smaller brother of the RLX, 2016 Acura ILX doesn’t fall behind when it comes to safety features and quality of build. With standard package of features, the ILX scored very high for a compact sedan. If you decide to opt for the optional features, you get a very safe and reliable vehicle that will protect you in all occasions. 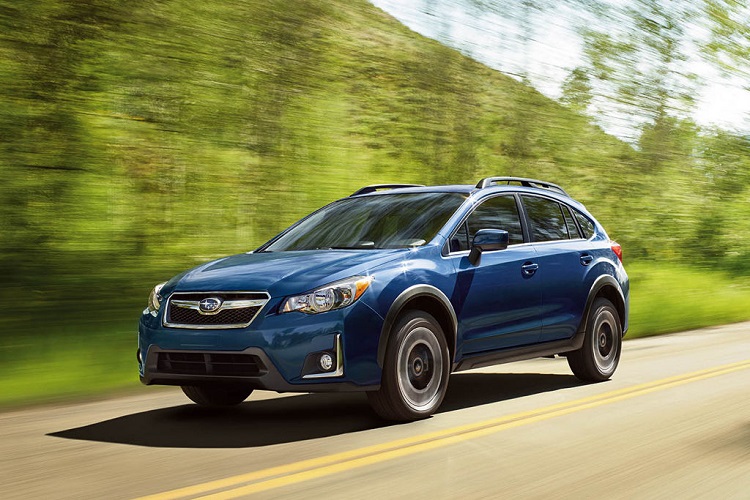 Crossovers are usually criticized for one thing or another, and many feel less safe in one due to its compact size. However 2016 Subaru Crosstrek is there to dispel all and any prejudice when it comes to this category of vehicles. For a compact crossover, 2016 Subaru Crosstrek features very respectable safety features and is one of the limited number of IIHS Top Safety Pick+ vehicles for this year. 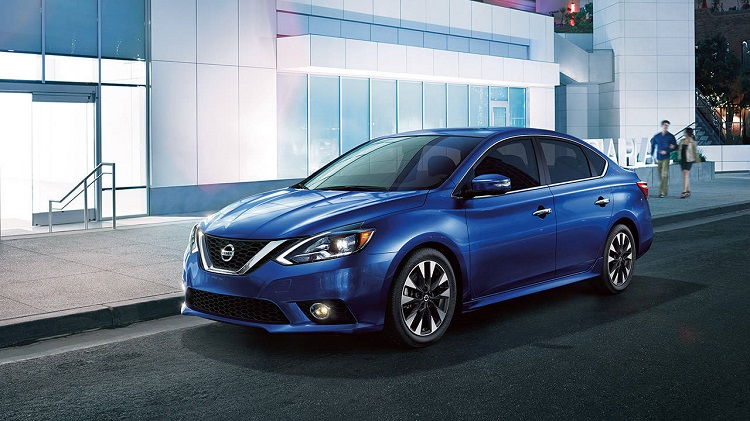 Nissan is definitely on a roll this year when it comes to their safety features and standards. 2016 Nissan Sentra is just another one of their vehicles that pleasantly surprised both the drivers and the IIHS commission. It scored the perfect score in IIHS trials, and stands to be one of the safest sedans on the market this year. 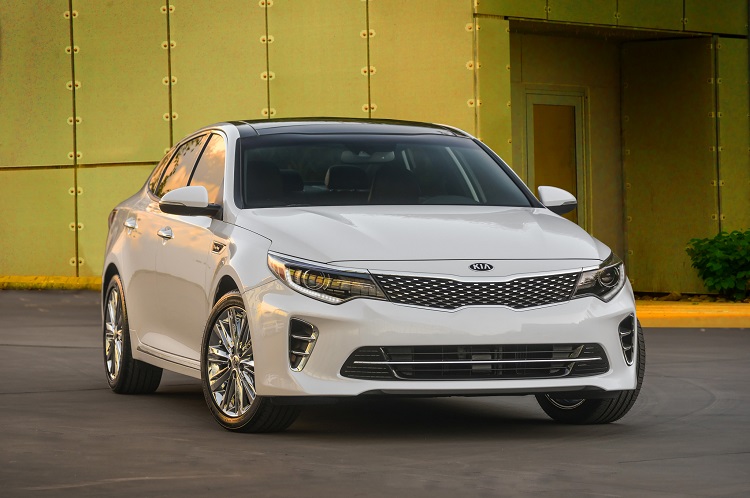 This year’s Kia Optima passed the safety trials at IIHS with flying colors. It wasn’t long before it was chosen as a Top Safety Pick+ candidate, and it’s not hard to understand why. The safety features that come standard with this car are outstanding, and are only made excellent when combined with optional safety package you can purchase.