Fuel efficiency is one of the most important things when it comes to picking a vehicle. After all, the average person is using a vehicle for its intended use – transport, and just how much fuel that vehicle uses is important to overall cost of ownership.

Luckily, not every used car on the market out there could be considered a gas guzzler. And while it might seem like some used vehicles are just out there to use as much gas as they possibly can, that’s not the case with all of them. Each of the cars on this list gets great gas mileage, even when compared to new cars. 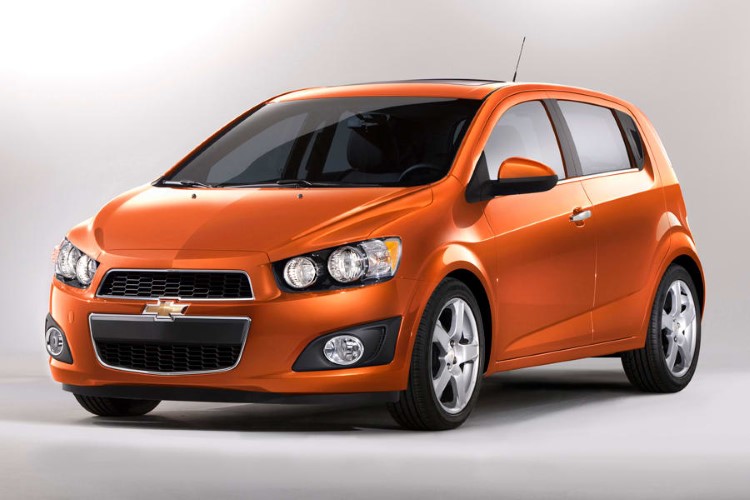 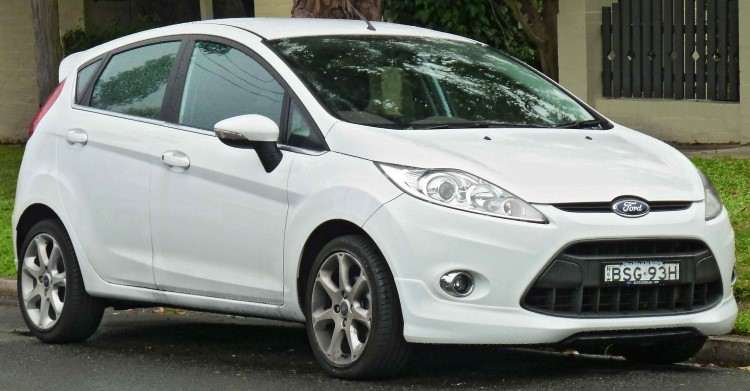 The Ford Fiesta is a model that can be considered both new and somewhat traditional. This generation was produced from 2011 to just last year. The Ford Fiesta is a beautiful subcompact car. Depending on the model chosen, the Fiesta can offer up to either 40 to 43 MPG – depending on the engine chosen. Models pre-2014 can give you up to 40 MPG on the highway, while the cylinder added to 2014 and 2015 models gives a little boost – allowing those years to acquire up to 43 MPG on the highway. 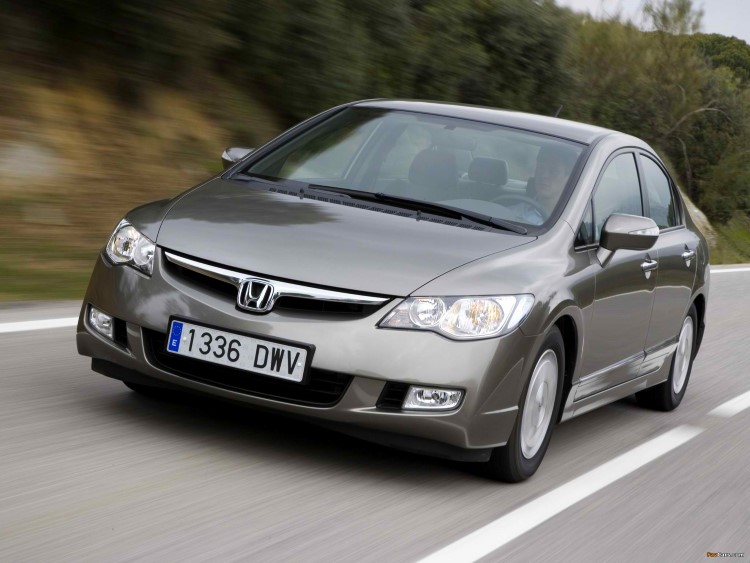 Next up: a somewhat older car, the Honda Civic Hybrid. With models from 2006 to 2011, the Civic Hybrid has always been advertised as a car for fuel efficiency – and the price point is less now that a few years have gone by, too. The Civic Hybrid is a compact car and often thought of as the best value for a Honda car. With a 110-hp 1.3-liter 4-cylinder hybrid engine that gets up to 45 MPG on the highway, that view is no surprise. 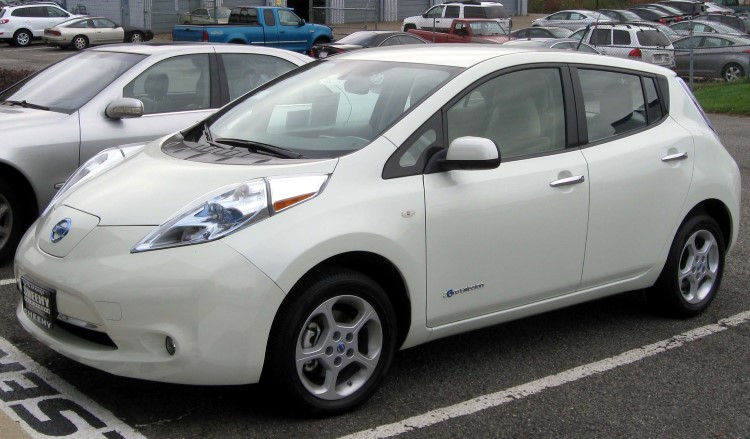 There’s always the Nissan LEAF. Not quite as old as the Hybrid (the Nissan LEAF ran from 2011 to 2013), this vehicle also returns great results for the gallon. This car doesn’t even use gas. With a rechargeable battery, this car only requires charges between every 70 miles or so, and is a good fuel-efficient option for the environmentally conscious. 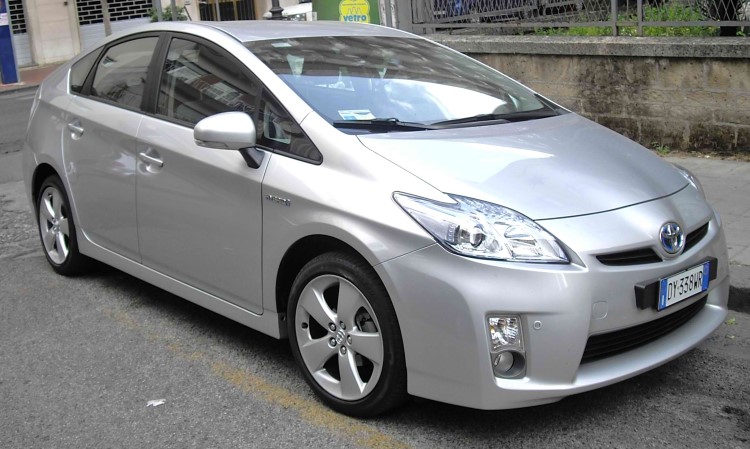 Back to cars that actually use gas. The Toyota Prius, with models running from 2010 to 2013, is one of the most fuel-efficient cars in the world. The Toyota Prius can get up to 48 MPG on the highway (and even more in the city). Plus, the car has an impressive amount of cargo space, even if it seems smaller, judging by the exterior. 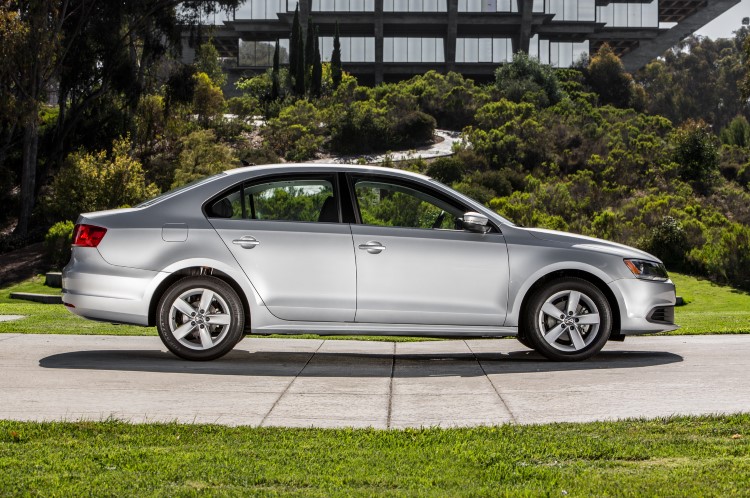 Although surrounded by controversy due to a dubious emissions profile, there’s no denying that the Volkswagen Jetta TDI gives out a good bang for its buck when it comes to using gas. The compact vehicle boasts up to 42 MPG on the highway, and just a few less (38 MPG) when cruising through the city. 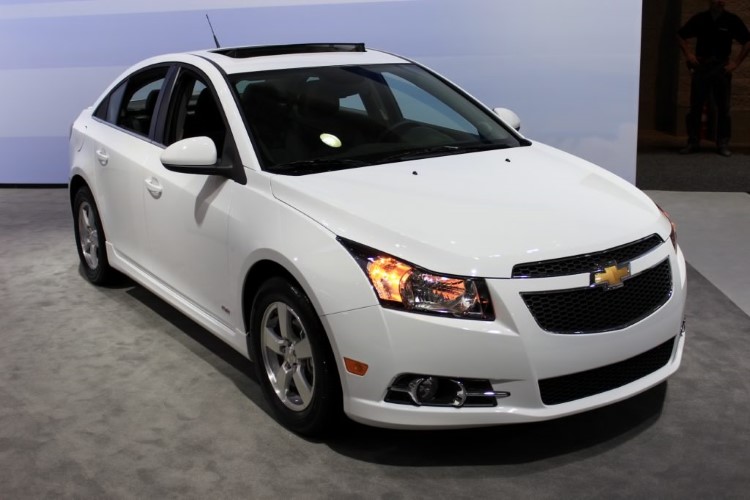 Depending on the engine chosen (gasoline or diesel), the Cruze can get more than 30 MPG. Not as much as some of the more compact vehicles, but still impressive.

Not all of the cars on this list are going to be compact vehicles, with some SUVs thrown in as well. While difficult to break past 30 miles per gallon on an SUV, that doesn’t mean it’s impossible.

The Toyota Camry Hybrid is a mid-size car. With a total of about 44 miles per gallon, this is a highly economical car – especially when considering the price range of models ranging from 2004 to 2007. 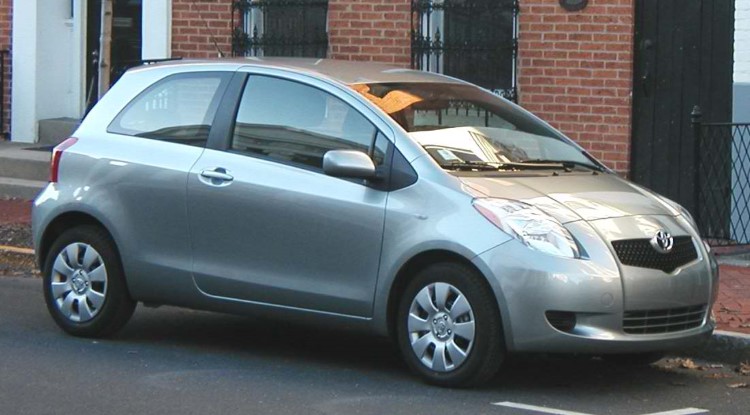 Another great car by Toyota is the Yaris, a two-door hatchback that gets up to 34 MPG. While the car comes with a manual transmission, the model is especially economical in models that were produced from 2007 to 2009. 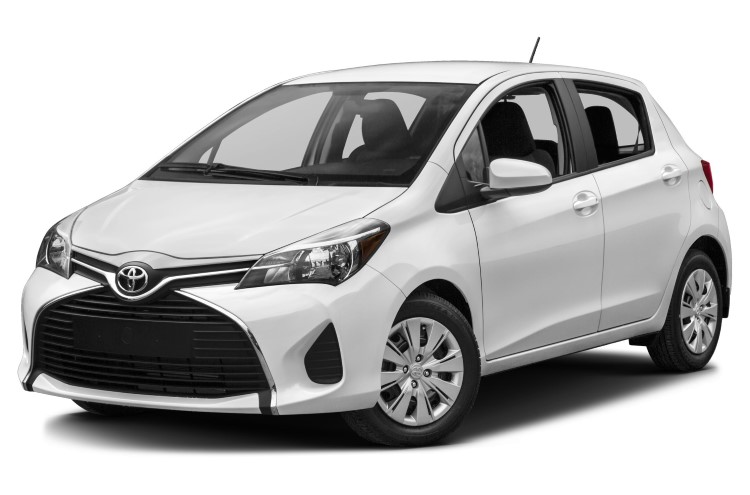 Another good, subcompact car is the Honda Fit. While this model is also a manual vehicle, it can get MPG of up to 32 or 34 (depending on whether driving on the highway or in the city). Plus, the Honda Fit offers a lot of space inside the vehicle, regardless of its small size (similar to the Toyota Prius). 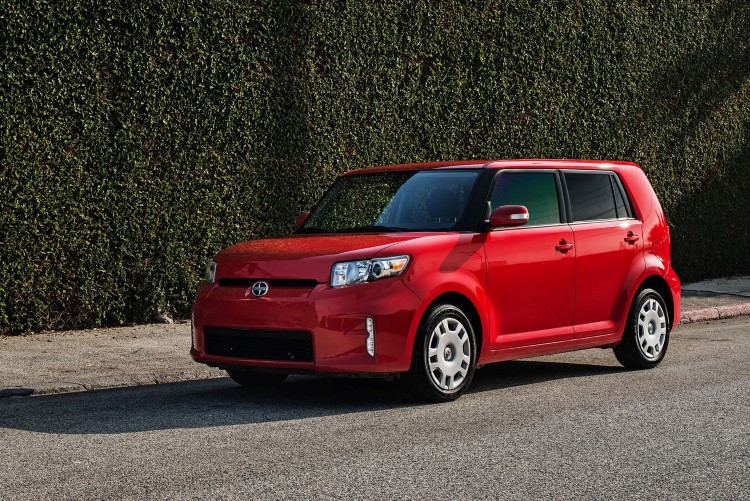 The Scion xB is yet another subcompact car. While it doesn’t have as much mileage per gallon as the other vehicles compiled here – it only clocks in at 28 on the highway – that’s still fuel-efficient, and the Scion xB makes up for this difference in MPG with its spacious interior. 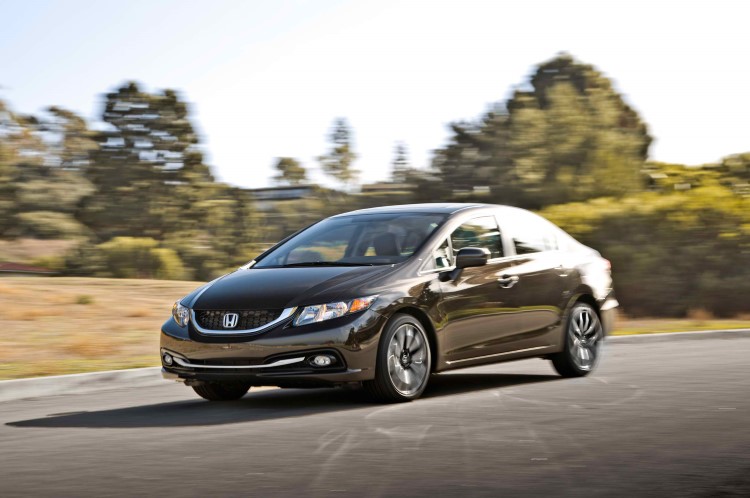 Yet another car from Honda makes it to this list. Like the Civic Hybrid, the Honda Civic EX is the next in a line of quality vehicles – this car has everything advertised by the Honda brand (quality at a good price and lots of space). The Honda Civic EX utilizes 40 MPG when driving on the highway, and slightly less when driving in the city. 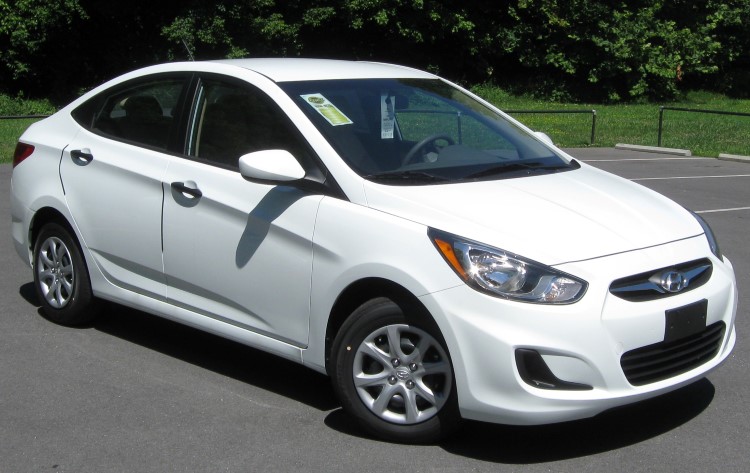 Then there’s the Hyundai Accent. With up to 34 MPG when it comes to driving on the highway, the Accent is a fuel-efficient subcompact car with adequate horsepower (110 hp). While the car itself is little, it can achieve big things – as seen by its spacious interior and how well it uses fuel. 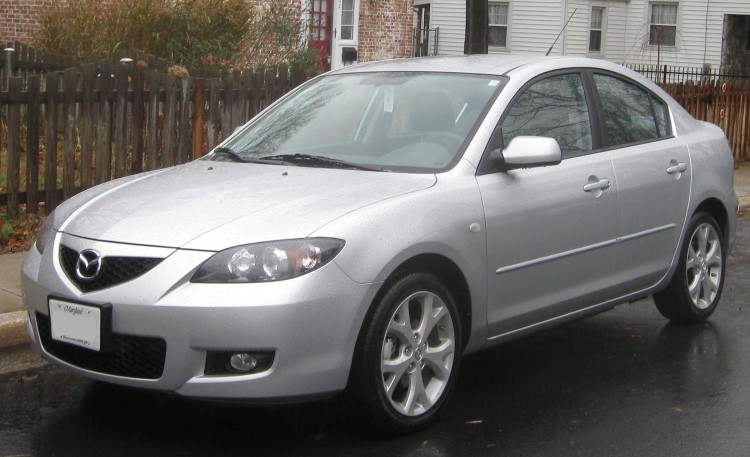 While there are newer models of Mazda cars, even the 2009 model of Mazda 3 is fuel efficient. With a 2.3 4-L cylinder and up to 151 horsepower, this powerful vehicle is suitably impressive, especially for such a small size. Although a bit less efficient than some of the other cars on this list, this vehicle can attain rates of 29 MPG when driving on the highway. 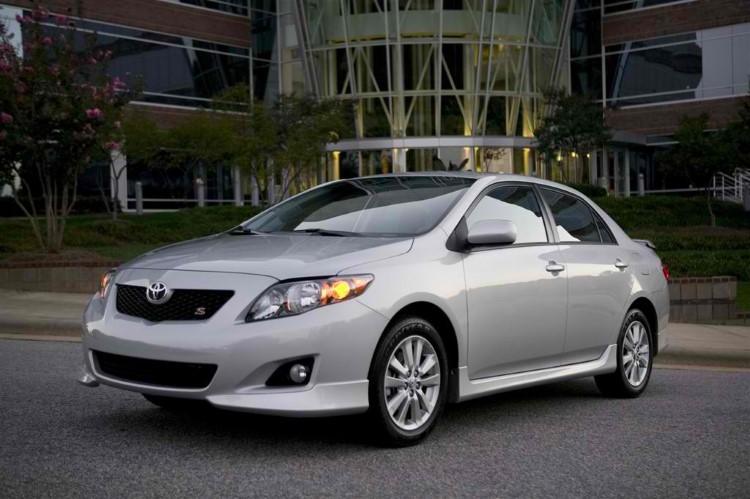 The Toyota Corolla is yet another car that has many different versions of it, with subtle changes spanning across each model as the years go by. True to its brand, the Toyota Corolla retains its strength in the 2010 version of this subcompact car. The engine is a 1.8 4-cylinder engine, and this vehicle gets about 35 MPG on the highway. 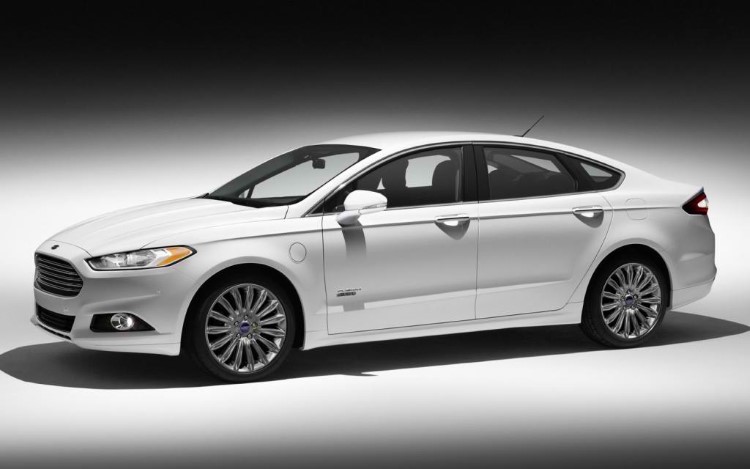 If it seems like the name Ford is coming up on the list often (and it will continue to do so), there’s a reason. Ford continues its reputation for fuel efficiency with the Ford Fusion Hybrid, a mid-size car that gets about 41 MPG on the highway and 43 when driving in the city. Slightly more spacious than the average subcompact (or compact) car, this mid-size vehicle isn’t something to be missed. 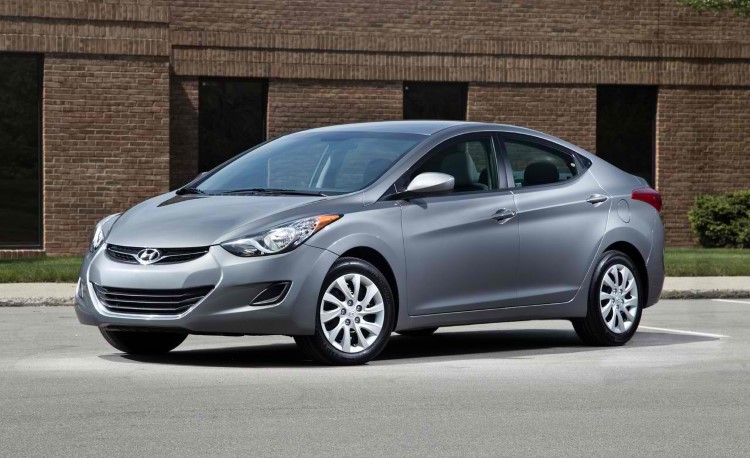 Hyundai’s Elantra model comes from a line of compact cars that has been produced for several years, and even a model from a few years ago will retain great fuel efficiency while being a reasonable price. The Hyundai Elantra 2013 gets about 38 MPG on the highway and the vehicle itself comes insured with either a 5-year or 10-year warranty. 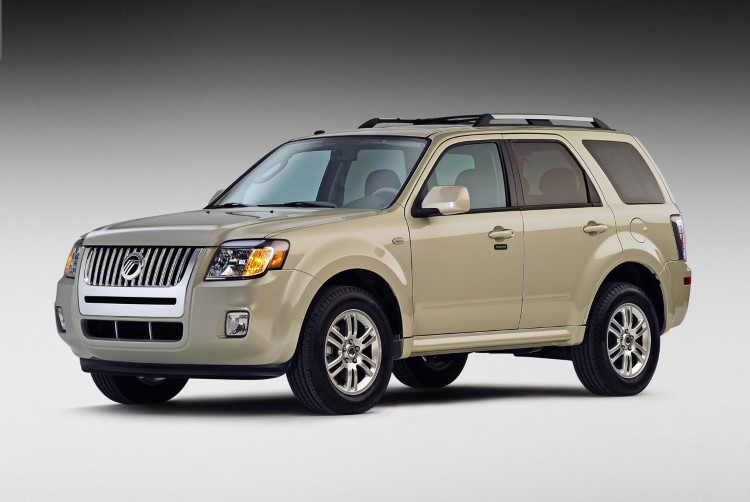 Mercury combines an SUV and a compact vehicle in this vehicle. While its exterior isn’t too large, the Mercury Mariner retains the sizes typical of sports utility vehicles. Because of this, the Mercury Mariner is perfect for large cargo (or a big family). Produced and manufactured in 2011, this vehicle gets 28 MPG on the highway – and only 21 in the city. While not particularly efficient compared to other vehicles, this is fuel-efficient in regards to what can be done with its relative size. 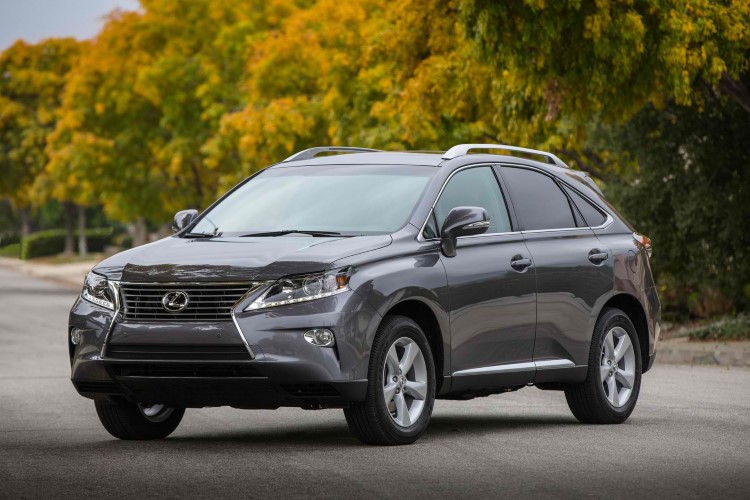 Similar to the Mercury Mariner, the 2015 Lexus RX 350 isn’t as fuel-efficient as others on this list. However, as a luxury vehicle, the Lexus RX 350 stands in its own class – both the interior and the exterior are beautiful, and giving up some efficient gas mileage might not be a big sacrifice in return for basking in its comfort. This model gets 28 MPG on the highway, and 32 when coasting through the city. 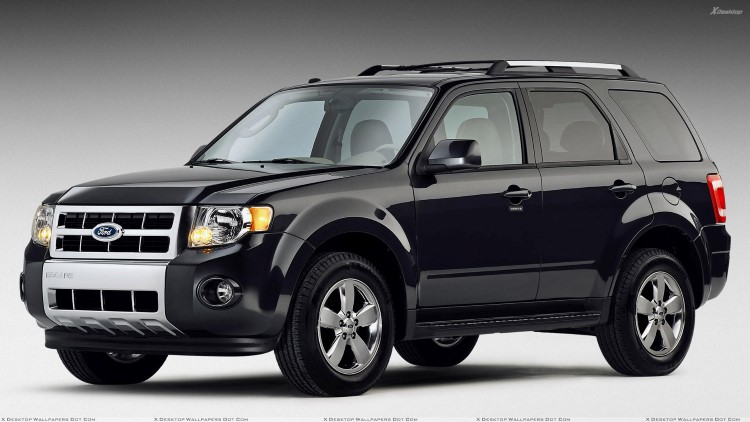 Like the last two vehicles, the Ford Escape is fuel-efficient in regards to what it can do with its size. A compact SUV, the Ford Escape is great for long commutes and trips out with family. The 2012 model gets about 28 MPG on the highway but makes up for it with dimensions of 175″ L x 71″ W x 68″ H and the option of a three or five-year warranty. 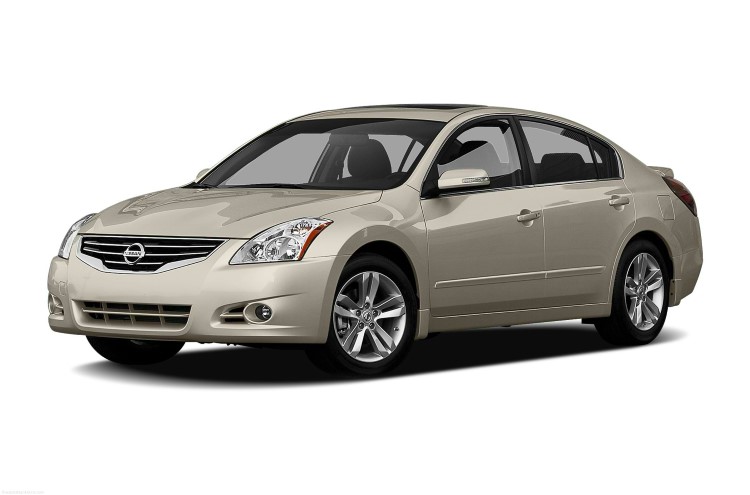 Although the Nissan Altima has had upgrades in its past few models, the 2010 model gets 32 MPG when driving on the highway. It also has a strong 2.5 L 4-cylinder engine (with the option of a 3.5 L V6 if choosing another type), and ranges from 170 to 270 HP. This mid-size car is both fuel-efficient and spacious, bringing the best of both worlds when it comes to people with places to be and a lot of things to take with them. 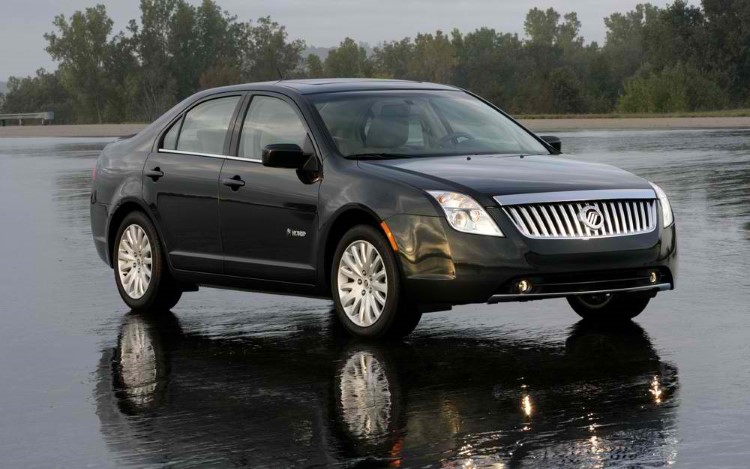 Another mid-size vehicle gets a mention on this list: the Mercury Milan. A car model produced and sold in 2011 (and still sold today), this car gets 34 MPG on the highway. Although it only gets up to 23 MPG in the city, this vehicle makes up for it as an excellent daily commuter car. 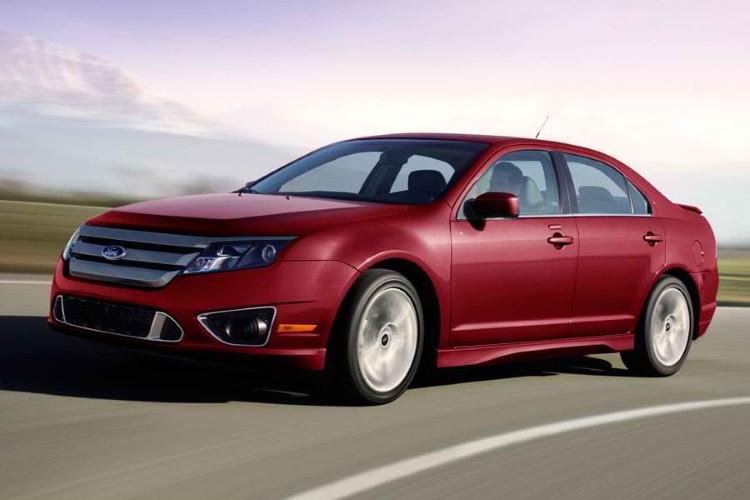 The Ford Fusion, a mid-sized car intended to give people the horsepower they want and the engine they dream of. The 2012 Ford Fusion comes with three options for engines: the 2.5 L 4-cylinder, the 3.0 L V6, and the 3.5 L V6. All editions of this model are spacious; powerful (with HP ranging from 175 to 263, depending); and fuel-efficient, getting 33 MPG on the highway and up to 23 when driving through the city. 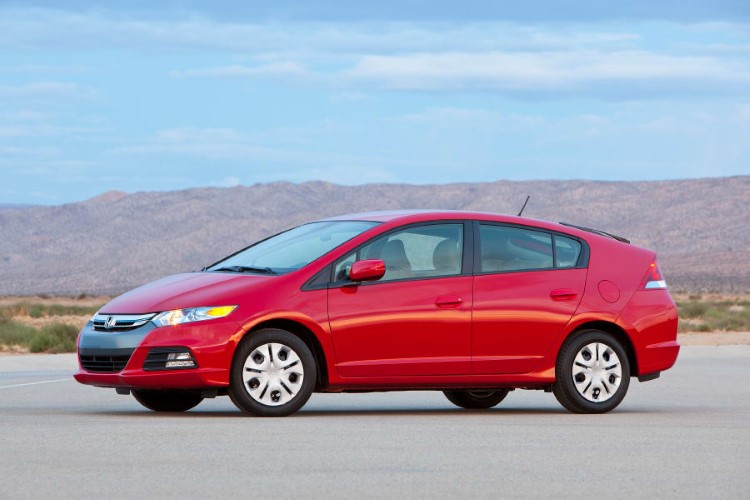 Although a bit younger than some of the other cars on this list, the Honda Insight draws attention as a compact car that gets 44 MPG on the highway and 41 in the city. While not technically a car that runs on gas – the 2014 model uses a 101 V nickel-metal hydride battery – this car is still environmentally friendly and fuel-efficient (and not too expensive, either). 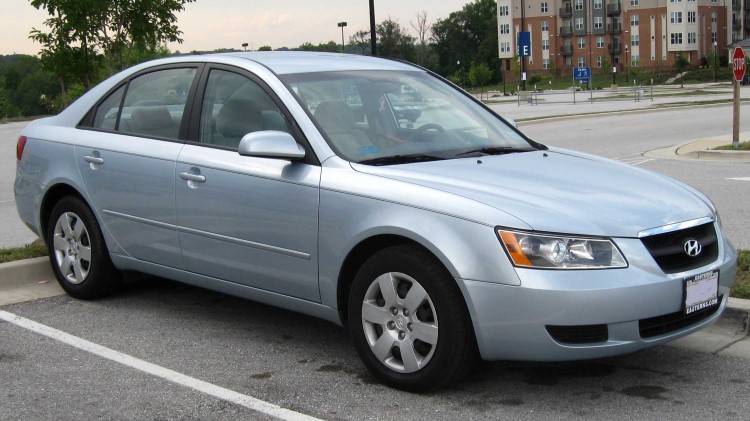 An oldie but a goldie, the 2008 Hyundai Sonata is a mid-size car that’s both fuel-efficient and family-friendly. Accomplishing feats of 31 MPG on the highway and slightly less through the city (with up to 23 MPG), this vehicle is great with people who have more stuff than the average person to lug around. 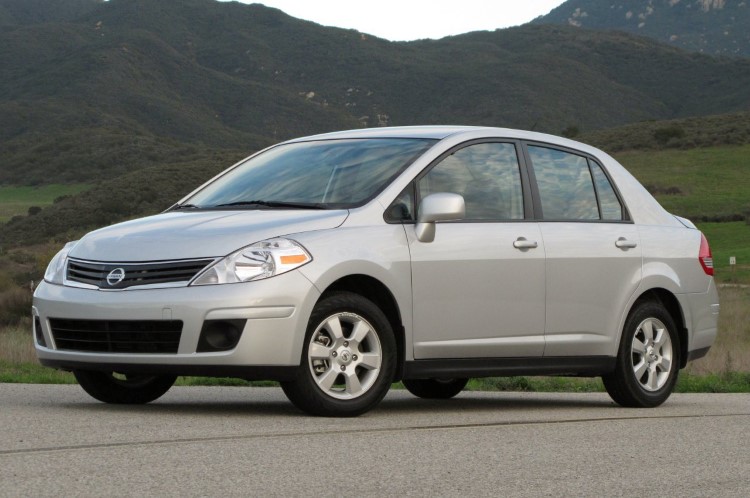 The Nissan Versa is a comparably small subcompact hatchback. Depending on the engine of choice – there are two options, both the 1.6 L 4-cylinder and the 1.8 L 4-cylinder. The owner can get HP of 107 to 122 in the 2011 model and good mileage for the gallon as well. The 2011 Nissan Versa gets up to 28 city / 34 highway and looks good when doing it. 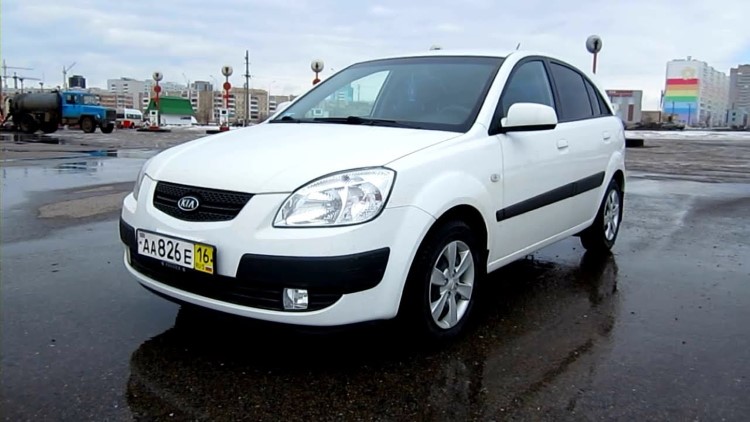 Although the newer Kia Rio also comes with a sedan body style, the 2008 Kia Rio exclusively comes in a hatchback style. A subcompact car intended for younger audiences, the Kia Rio has a youthful look. It’s also surprisingly fuel-efficient, with mileage per gallon at up to 27 city / 32 highway. 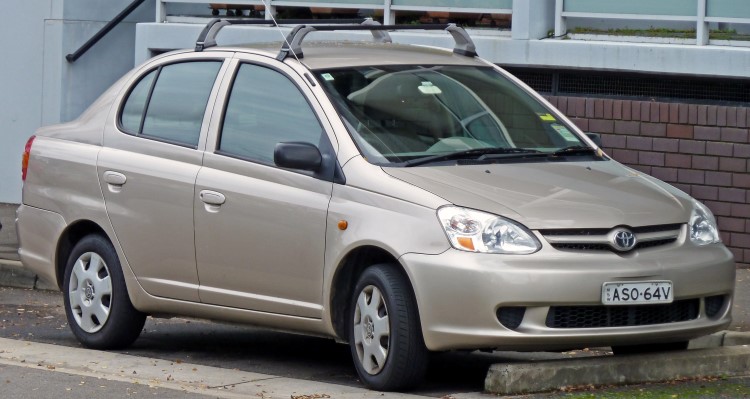 The Toyota Echo is one of the oldest cars on this list, with the 2005 subcompact car calling for cheap prices. This vehicle is great for a bargain shopper looking for something that’s also fuel-efficient, offering up MPG to around 35 city / 42 highway, 108 HP, and a 1.5 L 4-cylinder engine. 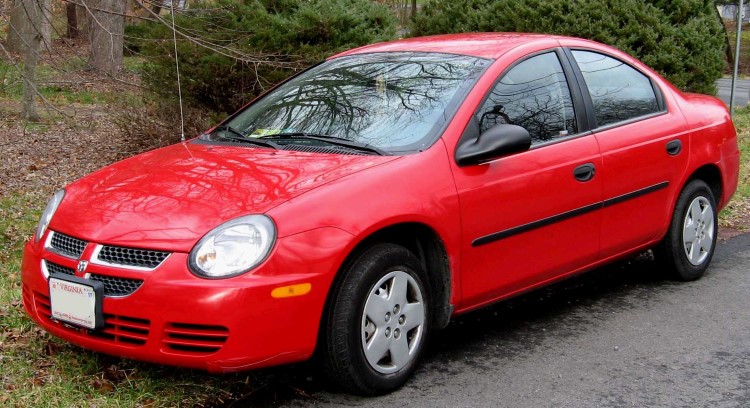 Last on the list but certainly not least, the Dodge Neon is another older car. This 2005 subcompact car is small but efficient, with the choice of either a 2.0 L 4-cylinder or a 2.4 L 4-cylinder engine. Like some of its larger and newer counterparts, this car offers serious mileage per gallon – with MPG of up to 29 city / 36 highway.

As these examples have illustrated, it isn’t difficult to find fuel-efficient cars at a great price – especially when considering used cars, be it a compact vehicle, an SUV, a mid-size sedan, or something else.