A collector car can mean a different thing to different people as explained by Jay Leno – “Any car can be a collector car, if you collect it”. However, the cars that have mass appeal generally have a few qualities in common. These qualities include unique styling, inciting a genuine desire to own one, and offering great value – not necessarily in terms of price but in terms of the experience. Here is a list of 30 such vehicles: 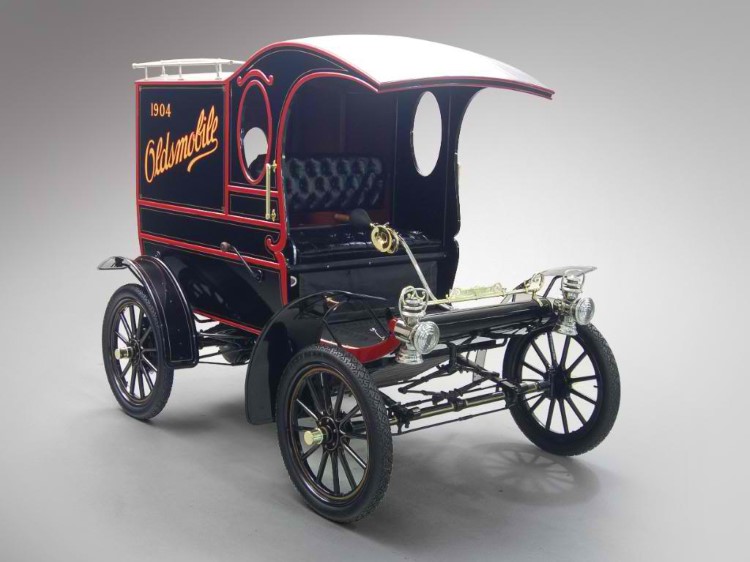 Historically significant for being credited as the first mass-produced automobile in America, the Oldsmobile Curved Dash is definitely a collector car. This gasoline-powered runabout car was introduced in 1901 and production ran till 1907. Its success laid the foundation for Oldsmobile’s more than a hundred-year long journey as a brand, making it one of the oldest surviving American automobile brands. 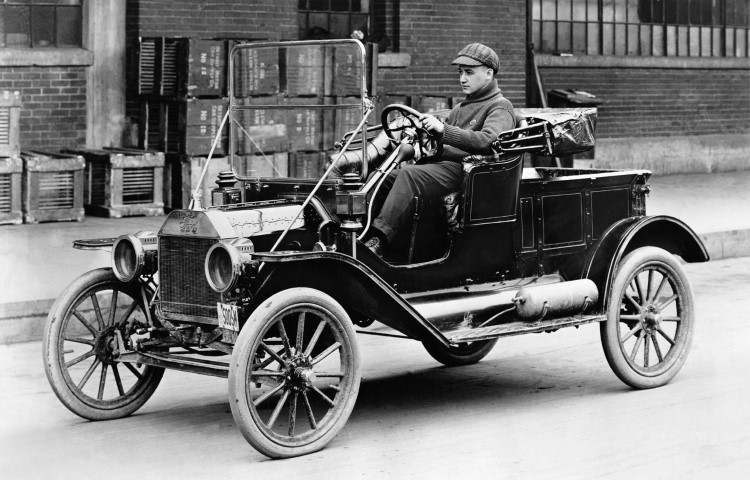 The iconic simple and rugged Model T by Ford made famous by the efficient use of assembly line production by Henry Ford enabled the masses to enjoy the luxury of owning a car. It was rightfully named the most influential car of the 20th Century in a Car of the Century competition in 1999. This car remained in production for almost two decades due to its popularity but naturally the early year models are more sought after. 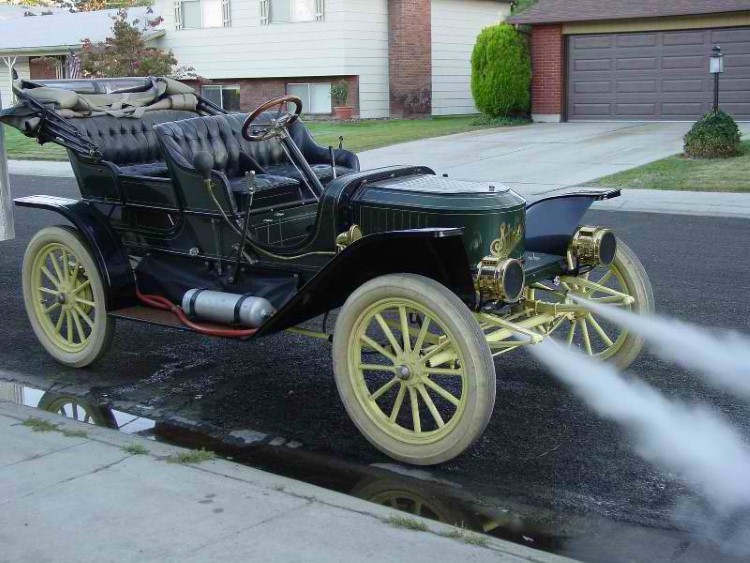 The Stanley Motor Carriage Company made several steam-powered vehicles throughout the early 1900s in low volumes after the interest generated by the personal car created by the Stanley twins. Although quite popular at the time thanks to holding many land speed records, the vehicles lost out to internal combustion engine powered vehicles in both performance and convenience. However, with renewed interest in alternate power, they are a prized possession these days. 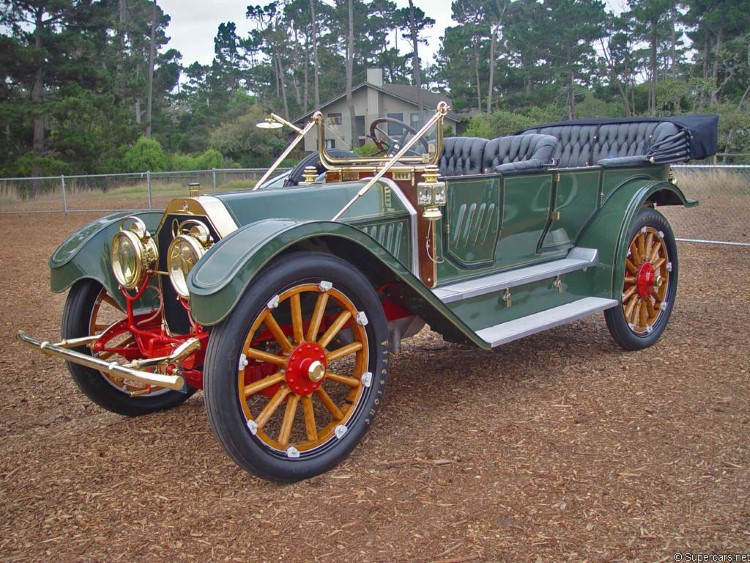 Two years after GM had purchased the Oldsmobile Company this car was launched as the top of the line product. The name Limited was selected to portray the involved and time-consuming production process, and 800 examples were produced from 1910 to 1912. The towering height of it, due to 42-inch wheels, commands respect. It is a rare gem to behold. 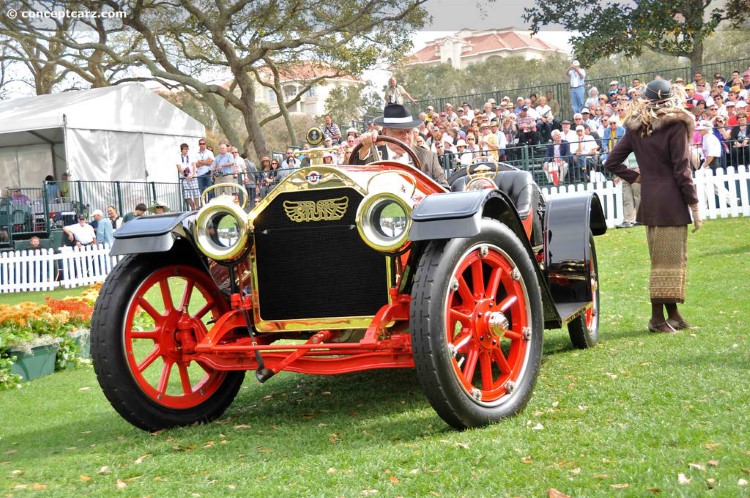 Introduced in 1912 as the “Bear Cat” Series A by Stutz, who had gained popularity from the 11th place finish in the Indianapolis 500 mile race the previous year, the Stutz Bearcats did well as well, winning 25 out of 30 races entered, thanks to a balanced design with an excellent power-to-weight ratio for the time. They quickly became a status symbol for the rich and the famous and are still prized today. 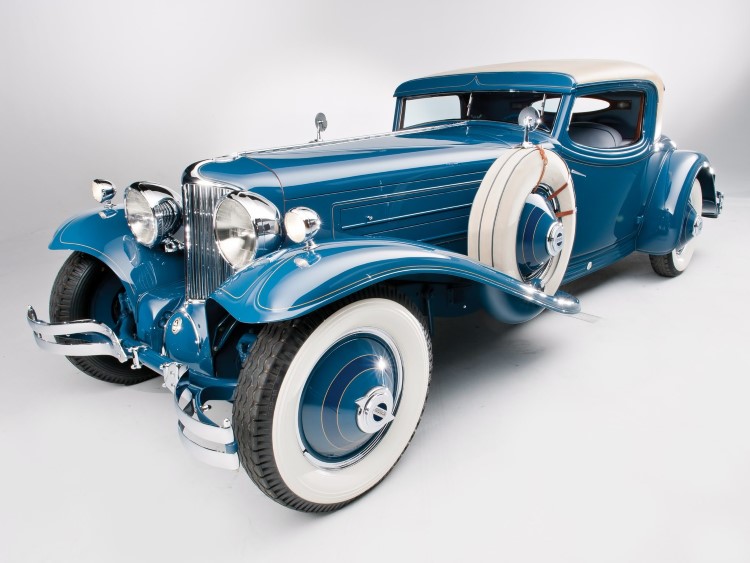 The brainchild of engineer Carl Van Ranst, the Cord L-29 became the first front-wheel drive car to be offered to the general public. Built like the Indianapolis 500 racers of the time, the L29 chassis with its low height and wide stance made for award winning body designs. Combined with the Lycoming L-Head Inline-8 engine, the car had performance to match its good looks. The most famous example is the one-off Hayes Coupe from Hayes Body Corporation that sold for $2.4 million at an auction in 2012. 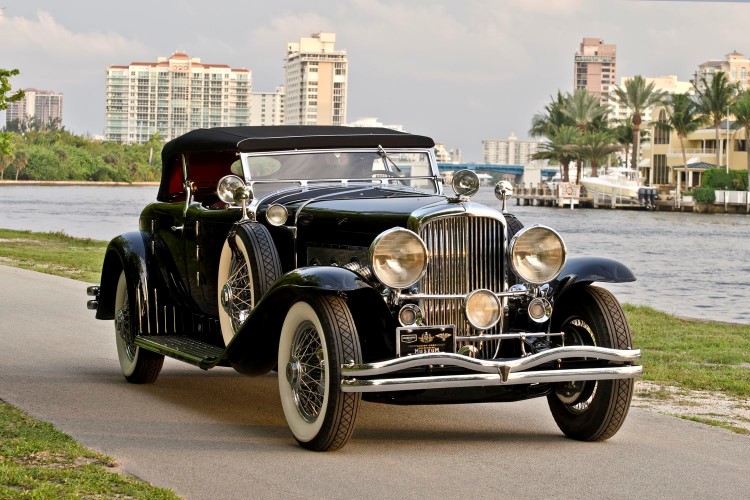 The Duesenberg brothers were great automotive engineers claiming many speed records but couldn’t save their company from financial trouble. However, with help from the new owner Errett Loban Cord, they were able to build the Model J, challenging Rolls-Royce. The supercharged SJ version launched in 1932 went even further, reaching top speed of about 140 mph – unheard of at the time. Only 36 units of the SJ variant were built, making it extremely rare.

Introduced as premium range-topping luxury model of the time, it offered not only the best of engineering from Cadillac but each car was finished to custom order with a wide range of body styles, colors and designs to choose from. It captured the public’s imagination by starring in iconic films of the time. Production continued into the 1940s. 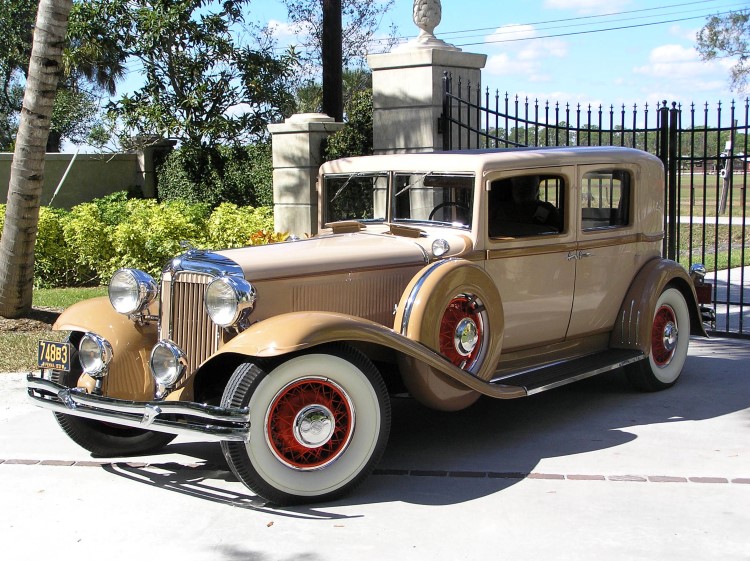 Also known as the “Imperial-8” thanks to its straight-eight engine, the flagship model to challenge offerings from Cadillac, Packard and Lincoln in the luxury car category also received a redesign in 1931 apart from the new engine. Famous for its split windscreen and premium features like automatic heater control and safety glass, it is very much sought after today. Some custom models like the 1931 Chrysler CG Imperial Dual-Cowl Phaeton and the 1933 Chrysler CL Imperial Dual-Windshield Phaeton by LeBaron are worth hundreds of thousands of dollars. 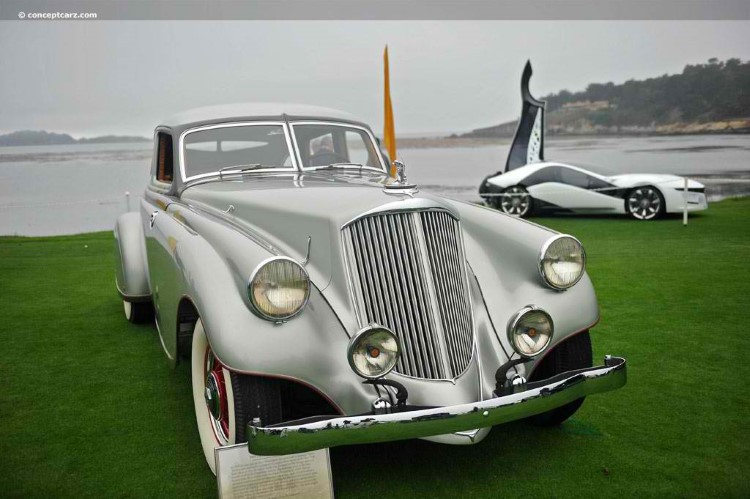 Unveiled as a concept car by designer Phillip O. Wright at the New York Auto Show in 1933, the car with its forward-thinking design and powerful V-12 wide-degree angle engine immediately became an overnight sensation. Pierce-Arrow made five production Silver Arrow cars; though never quite matching the original concept car they are still very collectible and very rare. 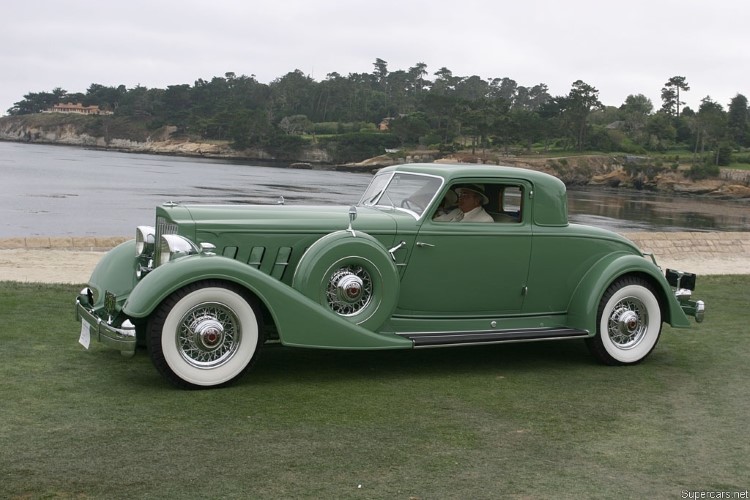 Precious few Packard’s 12-cylinder models were given the special treatment by Alexis de Sakhnoffsky and built by LeBaron of Detroit. The streamlined aerodynamic design combined with a sporty chassis gave these cars both the performance and the looks worthy of their hefty price. Only four are thought to have been built, making it one of the priciest cars to collect. 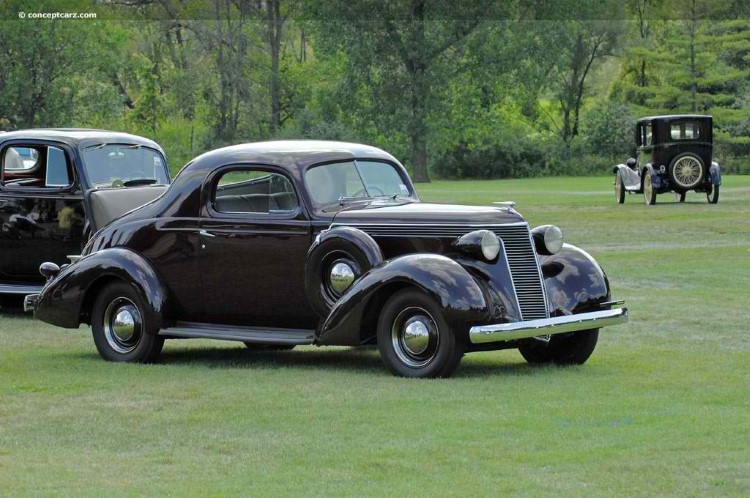 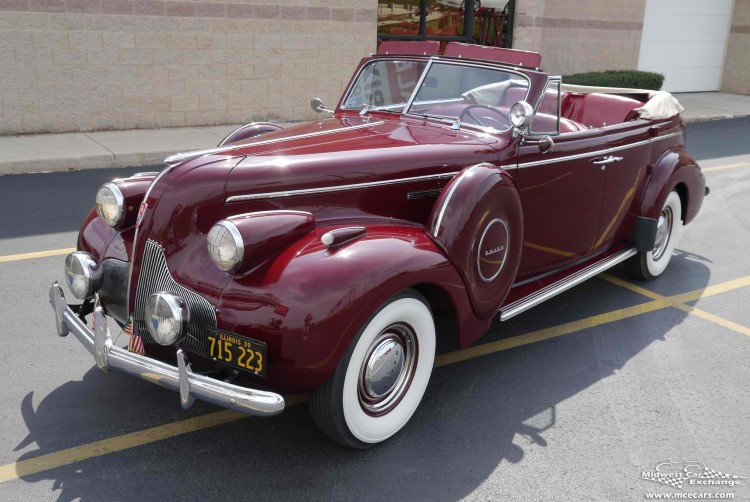 The Buick Series 60 was dubbed “Century” in 1936 as it was the first model to reach 100 mph. The standard car had already low production numbers, but, the 1939 Phaeton had a production run of about only two hundred cars, making it quite rare. With its beautiful design and high performance this luxury car is extremely collectible. 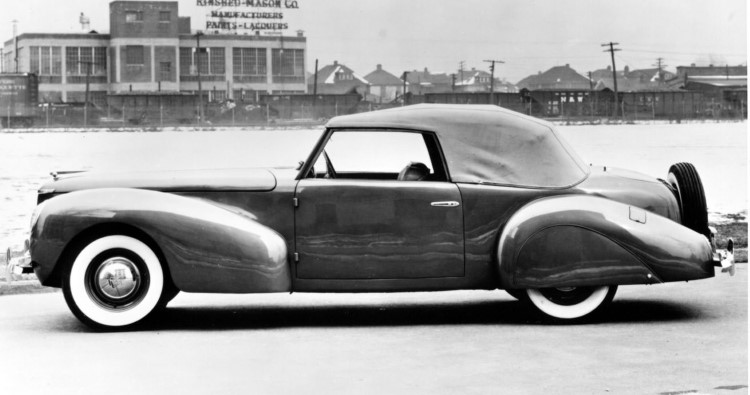 Inspired by the Zephyr luxury car brand, the Continental came into production in 1939. Initial cars were hand-crafted and are known as ‘1940 Continentals’. With the streamlined and graceful design giving an elegant look, it is remembered as one of the best cars of the era. 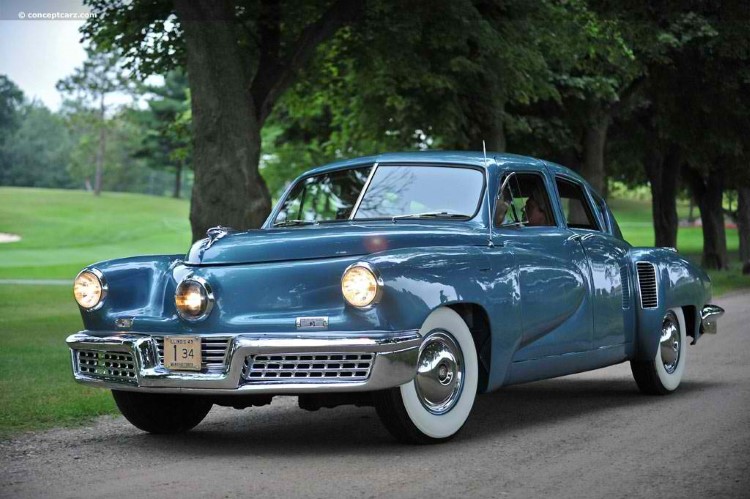 This car with its futuristic design came into production in 1948, disrupting the market at a time after the end of World War II when car manufacturers were still using designs from 1941. Sadly, only 51 vehicles were produced, as the company couldn’t survive under the pressure of negative media coverage. Some people even blame the “Big Three” automakers for its downfall. Anyhow, the surviving cars are worth over a million dollars each. 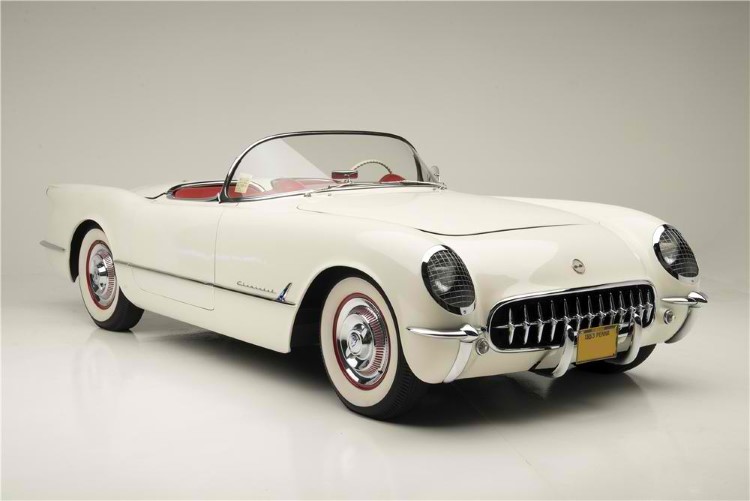 The Chevrolet Corvette is another concept car unveiled in 1953 that would go on to become a sports car legend still in production today. With good interest in the concept car, production began on 30th June, 1953 though the initial run was limited to 300 for the model year. These early models with fiberglass bodywork are very much sought after. 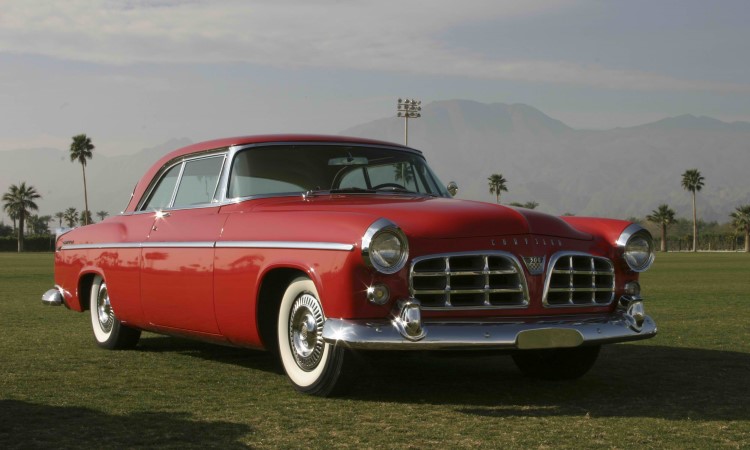 The legendary C-300 coupe was the first mass-produced high performance muscle car accessible to the general public. With the 331-cubic-inch FirePower Hemi V800 putting out 300 HP and its iconic styling, the C-300 garnered much attention and laid the foundation for a series of cars to come that would dominate the American production muscle car market. 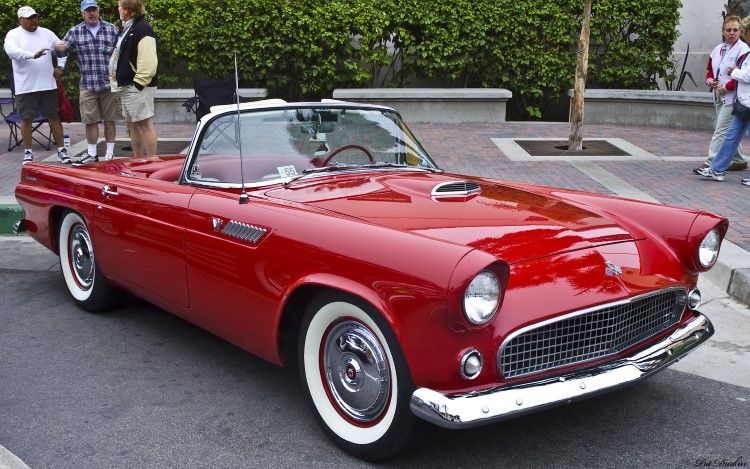 The Thunderbird was pitched as the personal luxury car and not as a sports car, though it was pitted against the Corvette. Its sleek shape and design combined together with high performance made it a success, beating out the competition. It’s very much affordable compared to other collector cars and still quite popular among car enthusiasts. 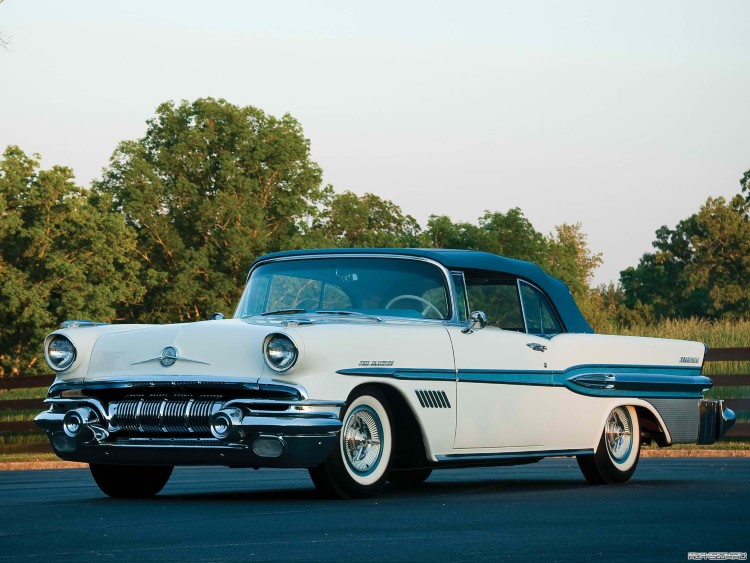 The Pontiac Bonneville Convertible was introduced in 1957 as a limited production high performance convertible, making it quite a collectible car. It came fully loaded with features like power steering, power windows, power brakes and other luxury features as standard, with the only options being air conditioning and a tire kit. Although a big and heavy car, it was quite fast thanks to fuel injection combined with a powerful engine. 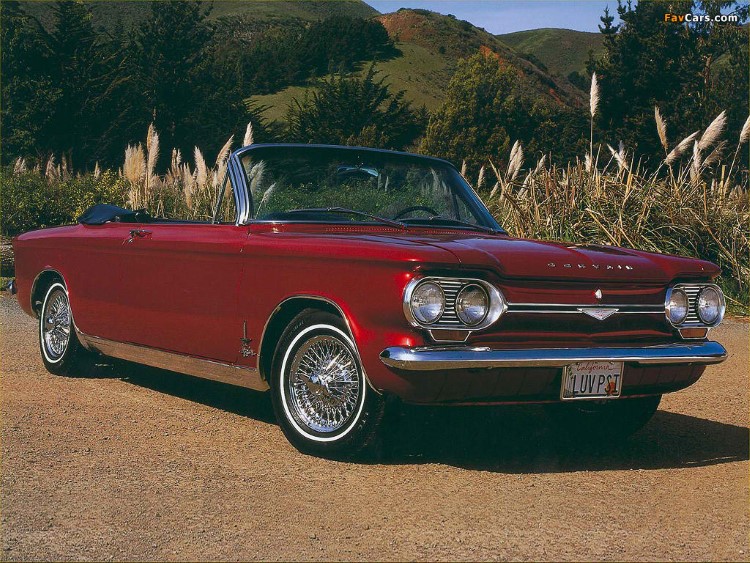 The Corvair was quite a popular compact car introduced during the early 1960s. However, the 1964 Monza Spyder offers the best of the first generation through significant improvements made that year. Good performance thanks to high power-to-weight ratio and use of the turbocharger combined together with lower costs made it successful. Even today, it is supported very well with replacement and upgrade parts readily available. 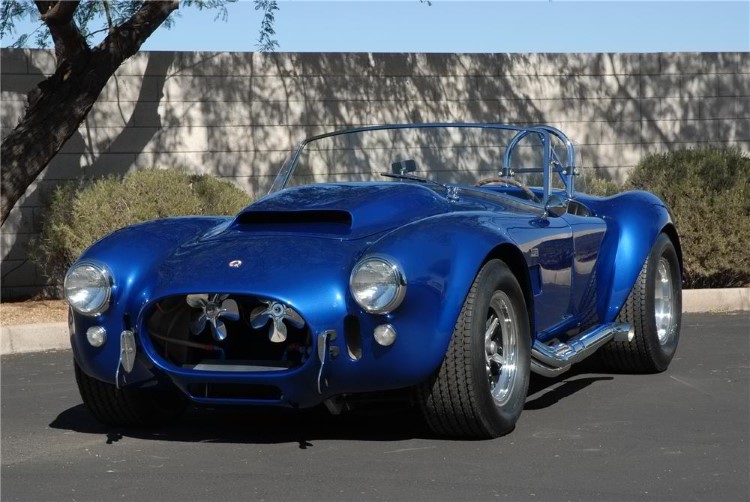 This is probably the most impressive and rarest of Shelby Cobra cars, with only one original example surviving with a value of over $5 million making it the ultimate collector car. Originally a competition race car based upon the Cobra 427, it has a water cooled 427-cubic-inch 800 BHP engine offering monstrously high performance that takes a brave man to try to tame it. 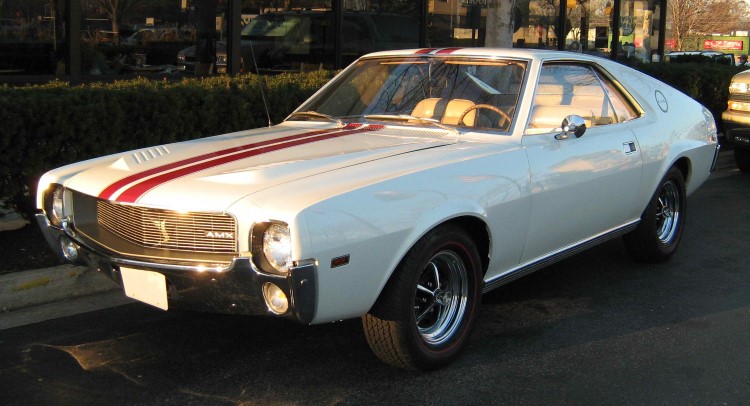 The AMX stands for American Motors eXperimental and it was not only a good looking car but a better engineered one as well, with industry firsts such as the one-piece injection molded dashboard along with many safety innovations. Although the production run was limited, the cars were not that appreciated until recently. These days, the cars are highly collectible. 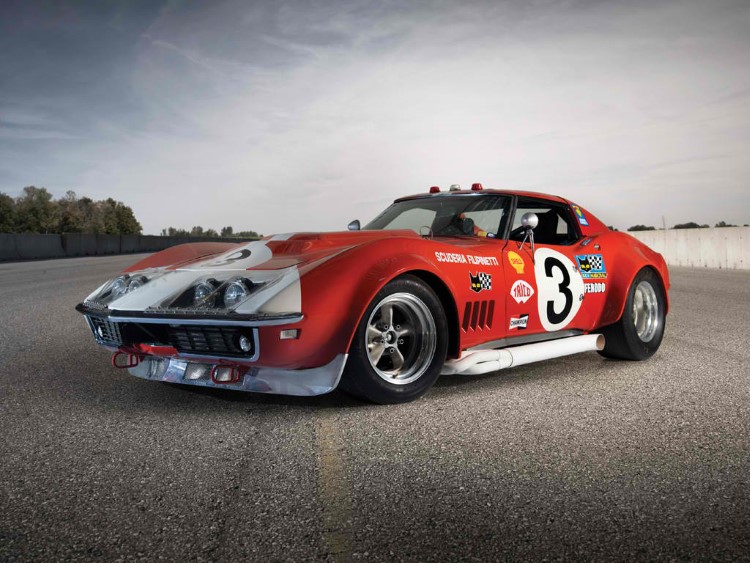 This car was meant for racing with the famous engineer Zora Arkus-Duntov behind the project, but, due to SCCA/FIA regulations, it was offered to the public as an option though in a quiet manner as to keep most of the cars on the racetrack. With a modified 427-cubic-inch V8 engine capable of generating more than 500 HP and a beautiful design, it is certainly one of the best muscle cars ever offered for sale. 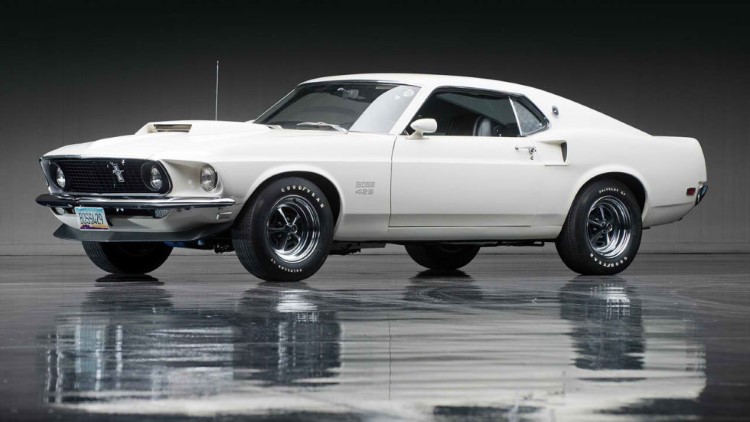 Arguably the best muscle car of all time, the Boss has it all with amazing clean appealing design, the 429-cubic-inch Boss semi-Hemi engine with over 500 HP and the appeal of a limited edition. Also called the “Boss 9” by enthusiasts, it is a highly sought after car commanding a premium price. 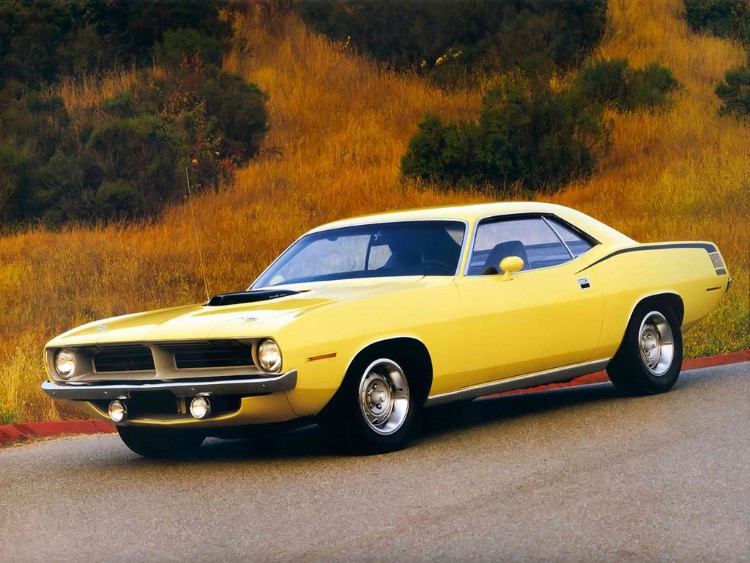 It was the 3rd-generation Barracuda that achieved peak popularity with its longer, wider and muscular design attracting a lot of attention. With the 426 Hemi engine, it was able to achieve great performance and run a quarter mile in under 14 seconds. Furthermore, as it was an expensive option, not many were built, making it very rare and collectible. 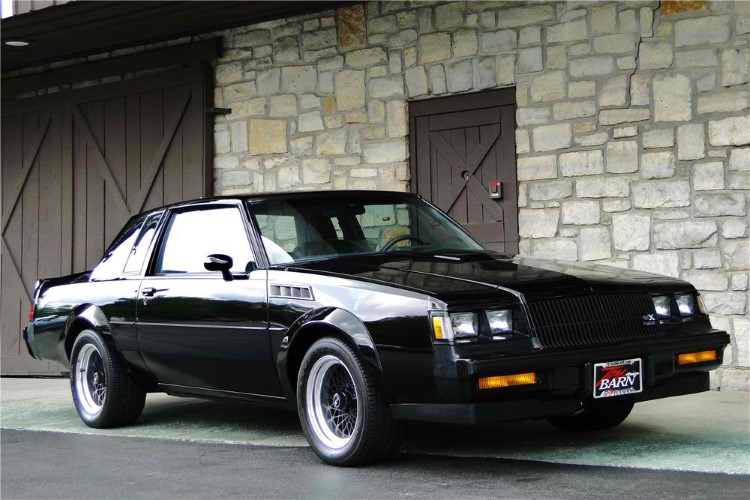 Designed as a send-off for the base model Regal in production since 1978, Buick planned with McLaren Engines to develop around 500 GNXs, resulting in a sensational car with exceptional performance despite being heavy. The stealthy all-black look of the GNX earned it the title of “Darth Vader’s Car” at the time. Today this car is worth over $150,000. 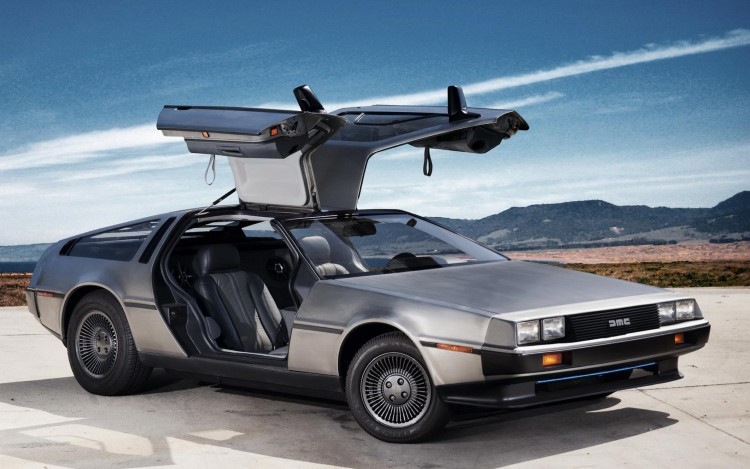 The iconic car known simply as the DeLorean immortalized by the Back to the Future films as a time machine started as a prototype in 1976, with production not beginning until 1981. Although the company went bankrupt a year later and the car was marred with problems, this car left a deep impression in the minds of the public. It is highly sought after by car enthusiasts with many rebuilds available. In fact, the DMC Texas Company has acquired the rights to build new ones compliant with modern standards. 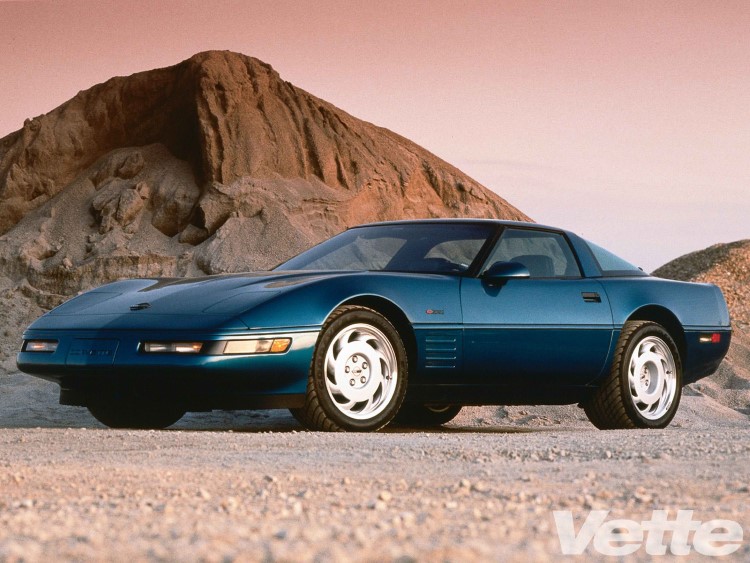 After the acquisition of Lotus by GM, the ZR1 was born. It was first shown at the Geneva Auto Show in 1989, with the car going on sale in 1990. It had very good performance thanks to the new LT5 engine, excellent acceleration and great handling, but it was a little pricey at the time. There are rumors of a 2018 ZR1, making this first model highly collectible. 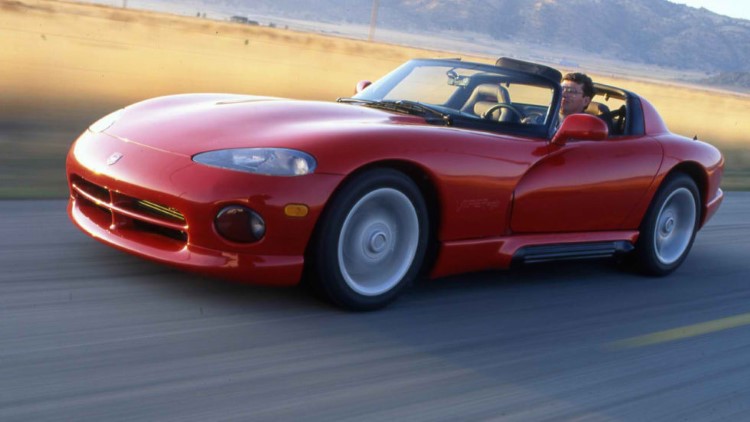 It is hard to believe that the iconic Viper brand was born in 1992 with this car. It offered great performance and a thrilling ride by focusing on the essentials and foregoing any luxuries. Only 200 were built for the year 1992, with production ramping up later on. It is truly an affordable classic car. 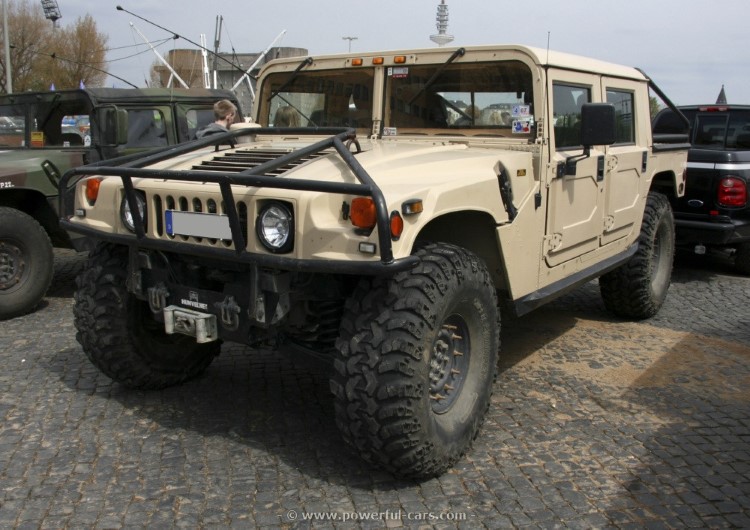 After having served in the army as the Humvee, the imposing vehicle was adapted for road use by AM General due to popular demand and interest generated from photos of the vehicle showing it taking part in Operation Desert Storm. Several variants have been offered throughout the production run along with improvements making it easier to run in city traffic until the end of production in 2006. It’ll be forever remembered as setting the trend of adapting huge military vehicles for civilian use as luxury vehicles.

As time goes on, who knows which car model of today might one day become a future collector’s dream machine.