30 Vehicles You Are Not Allowed To Own In United States

While United States is considered to be one of the few countries in the world where citizens can enjoy all kinds of freedoms, it has an unexpectedly strict importation law regarding cars. It goes so far that citizens of United States are not allowed to import new cars that are considered more than legal in places like Germany and Japan. Some of these cases have a solid reasoning behind them, but others not so much. Here are 13 vehicles you are not allowed to own in United States. 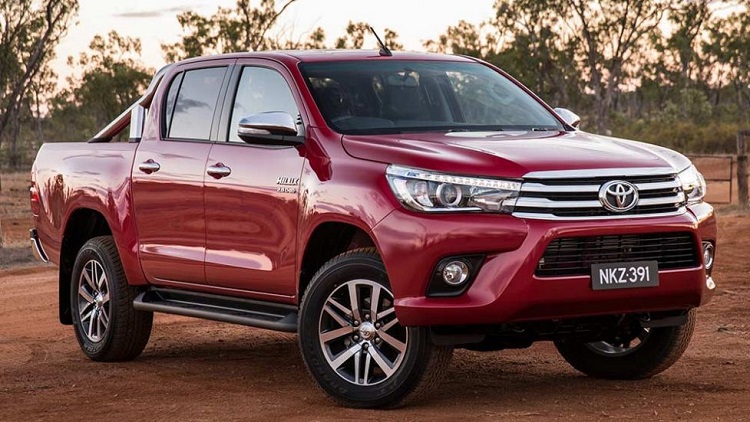 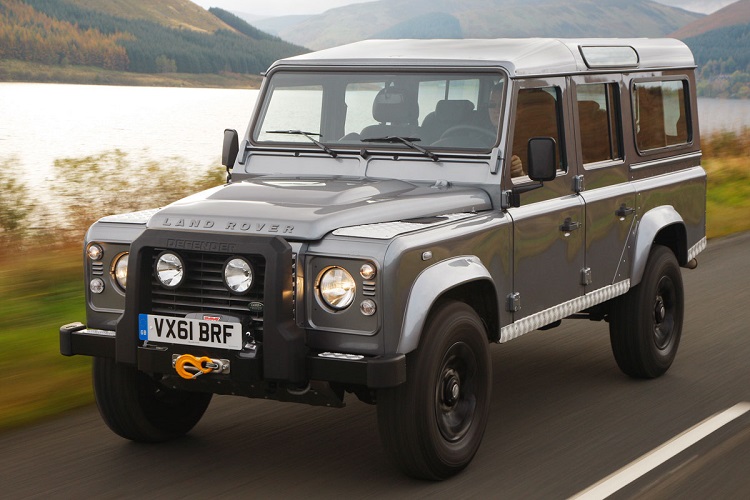 This legendary SUV from UK has been the backbone of many armies around the world, and is fairly well known for its off-road capabilities. However, if you are a fan of this vehicle in Untied States, your chances of ever owning one are close to none. What ended the bright future of our beloved Defender in United States was an airbag issue. 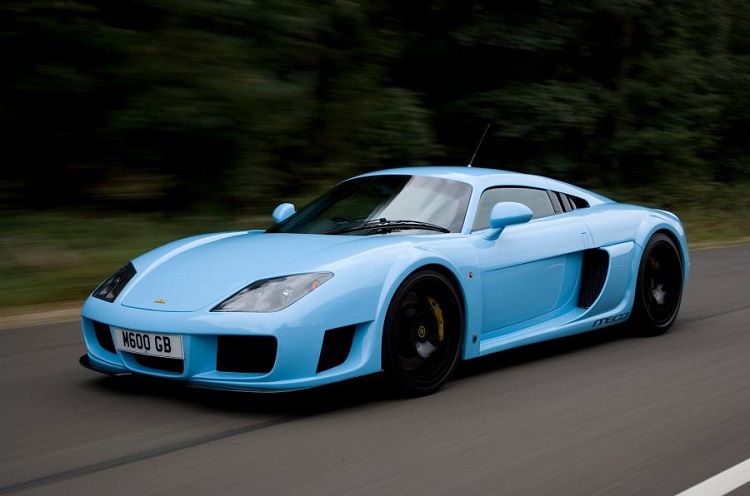 Noble M600 is one of those exotic supercars that you rarely see on the road. It’s fast, light, and luxurious enough to be considered a strong competitor for the likes of Ferrari and Lamborghini, but don’t count on owning one of these if you are living in United States. 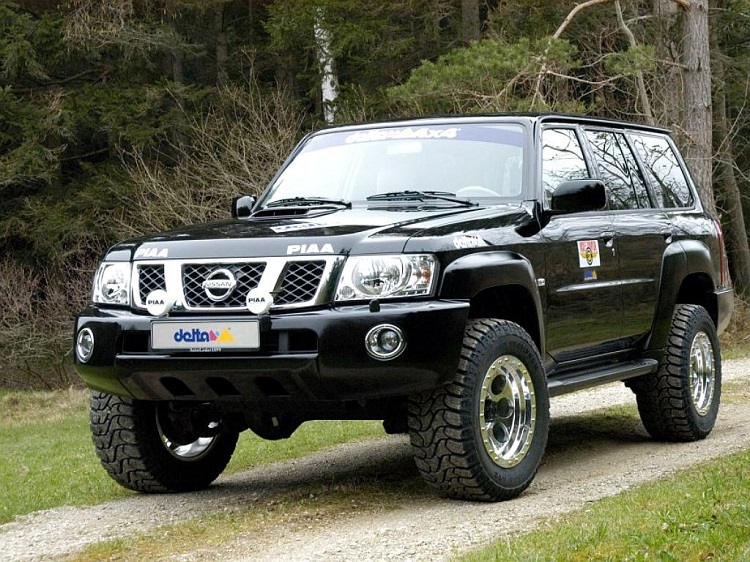 If you are to go to Australia, and ask to locals there which vehicle they would trust their lives with, chances are they would choose the Nissan Patrol. This outstanding SUV has been around for a while, and has proven its worth numerous times, but for some reason it is illegal to own in United States. 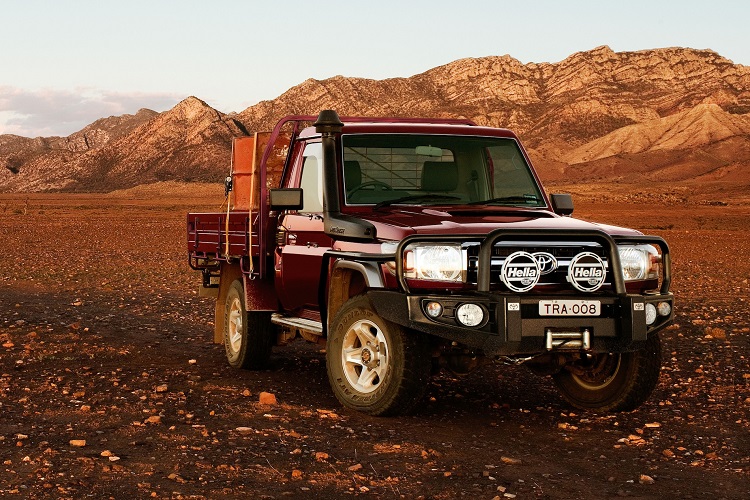 There is almost no terrain or environment on this planet where a Land Cruiser couldn’t reach. It’s such a versatile vehicle which has a strong reputation among off-road enthusiasts around the world. Owning one of these, especially the early models is however nearly impossible in United States. 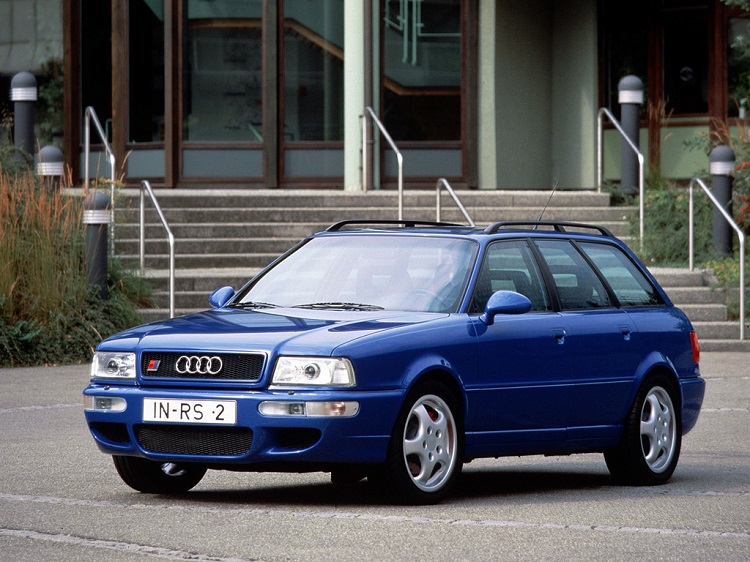 The RS badge has been in high demand almost everywhere in the world thanks to its abundance of power and incredible performance. The RS2 Avant is just another member of this family that deserves equal praise we gave to its predecessors. However, good luck find one of these awesome machines in United States. 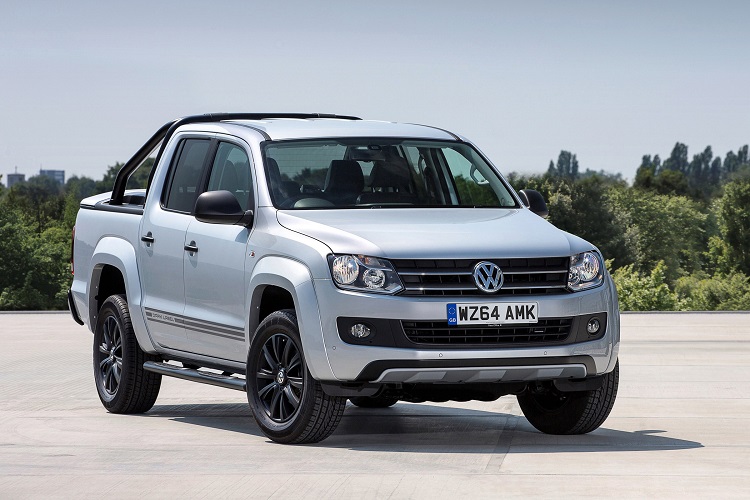 What makes Amarok so special is the fact it’s the only vehicle of its kind in VW’s current lineup. Even though it’s a recent model, it’s already held at high regards all around the world. VW has had a lot of trouble introducing the Amarok in North America, and after the latest VW fiasco, it’s safe to say we won’t see one of these on American roads any time soon.

This obscure Chevrolet model was briefly available in Canada, but has never reached United States. It was mostly aimed at Asian markets, but efforts were made to introduce it to North America, although obviously that didn’t work out. 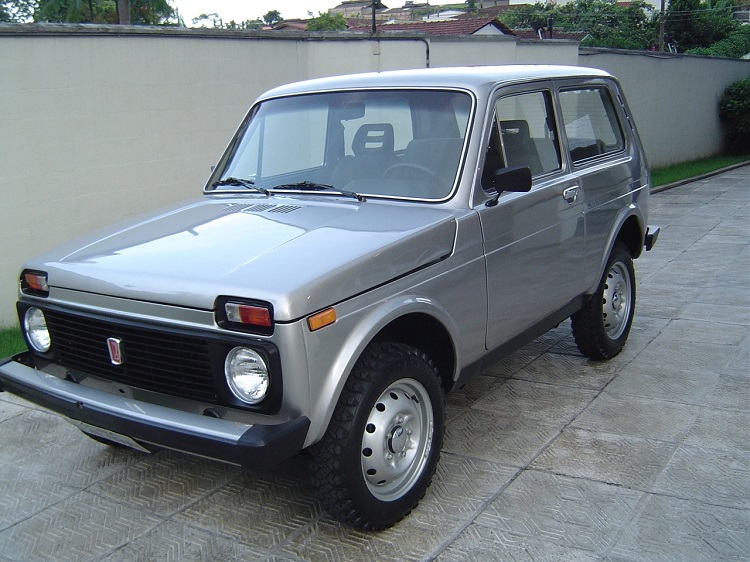 With its very limited presence in Canada, Lada Niva is one of those cars that most Americans don’t even know about. At the same time, Niva is regarded as a cheap and incredibly capable 4×4 in Europe and Asia, thanks to its simple yet robust design. The reasons why this car is illegal in United States are too many to list. 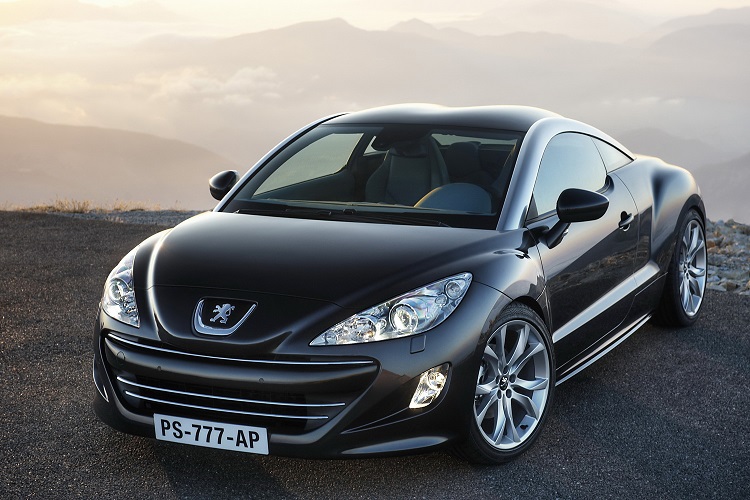 Automotive fans all around Europe are rejoicing as the Peugeot’s RCZ Coupe is about to hit the streets. On the other side of the pond, no one even knows about this awesome car. That is because Peugeot gave up on conquering North American markets, and has shown no effort to align their car’s specs to North American import laws. 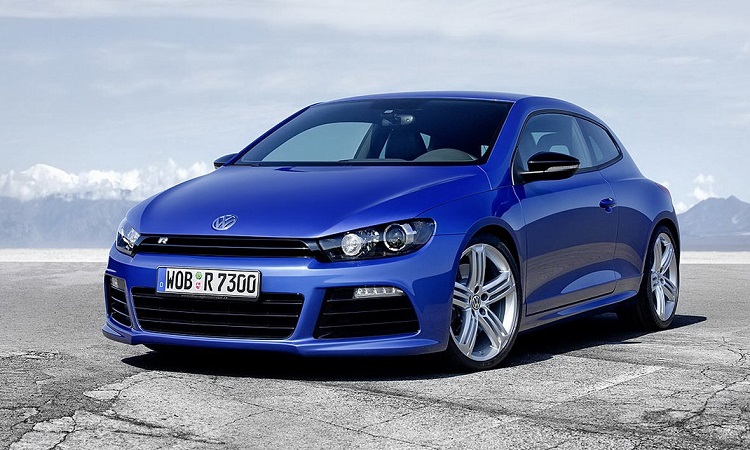 There is a certain type of car enthusiasts in Europe who just admire VW Scirocco. Its wide body, aggressive stance, and respectable performance would give any driver something to think about. Unless, of course, you live in United States where this car is only present in automotive magazines from time to time. 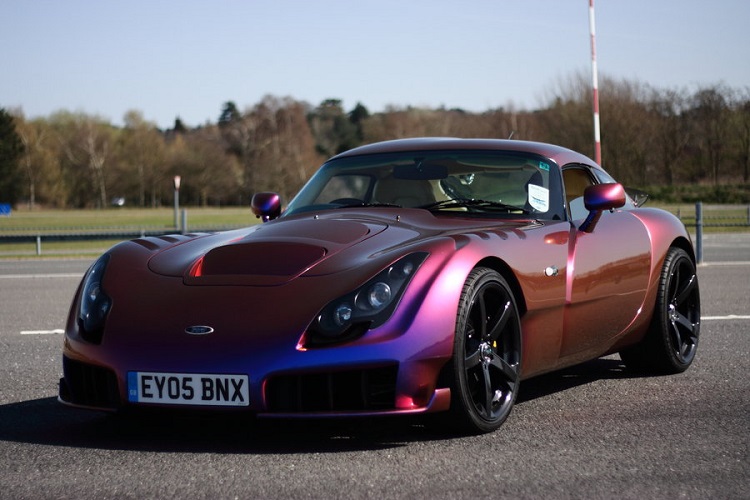 UK car manufacturers are known mostly for their luxurious creations, but there is one car manufacturer who excels in providing raw driving experience to their customers. TVR Sagaris is a true driver’s car. Comfort and luxury were replaced by performance and functionality when this thing was designed. That also means that it’s not the easiest car to drive, nor the safest one. As you can imagine, it wasn’t long before Sagaris found its place on the list of cars that are illegal to own in United States. 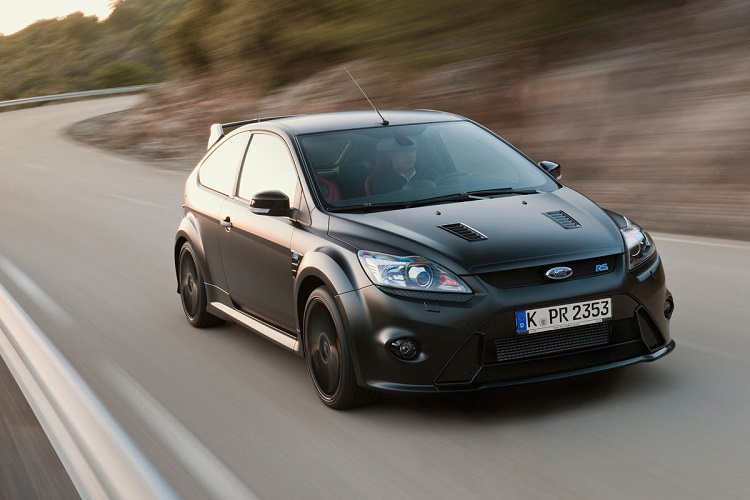 Incredible performance, and compact functionality are just some of the advantages this Ford brings to the table. It is a highly wanted model in Europe, but the situation in United States is completely different. While it’s not outright illegal, Ford Focus RS500 is greatly restricted by the governing US institutions. 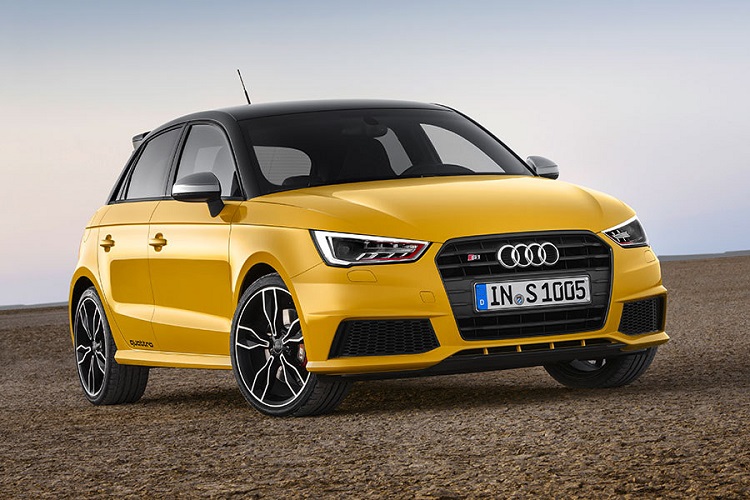 If you want to get in on the latest subcompact hot hatch from Audi, tough luck. The S1 is being released in Europe, however the drivers in United States will have to stay patient for the time being. This is the first subcompact hatch from Audi to bear the legendary S badge, and we can only imagine what kind of potential is hidden under that hood. 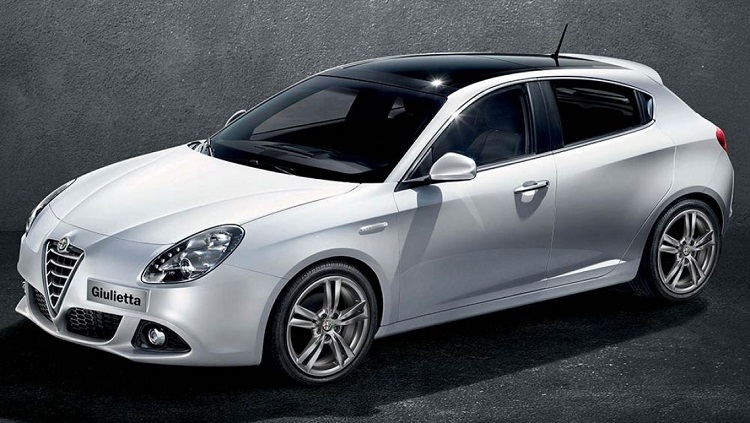 Alfa Romeo enjoyed a limited presence in United States some time ago with their 75 model. That didn’t last long and this brand completely withdrew from North American markets. The latest Alfa Romeo Giulietta is praised as one of the more refreshing models from this Italian car manufacturer. Unfortunately, it won’t be available in United States. 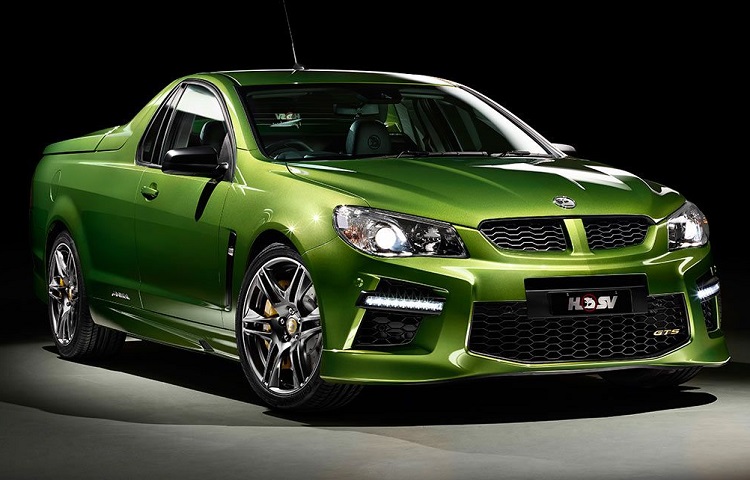 Utes are to Australians what pickup trucks are to Americans, even though that’s a rough comparison. Aussies love their flat beds, but prefer to have it in form of a muscle car. The Holden HSV Maloo is an epitome of this niche market, and we bet there are more than enough interested enthusiasts in United States who would love to get their hands on one of these. 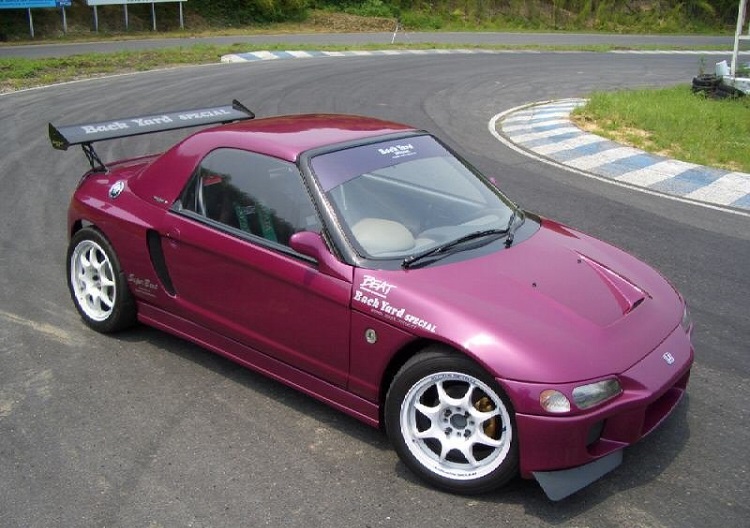 Beat was Honda’s attempt to create a fun roadster with the mid engine placement. It wasn’t necessarily too good when it comes to performance, but it was an incredibly thrilling car to drive around. Beat was produced in the 90s, but for some reason it wasn’t available in United States, which is surprising considering its form factor and design. 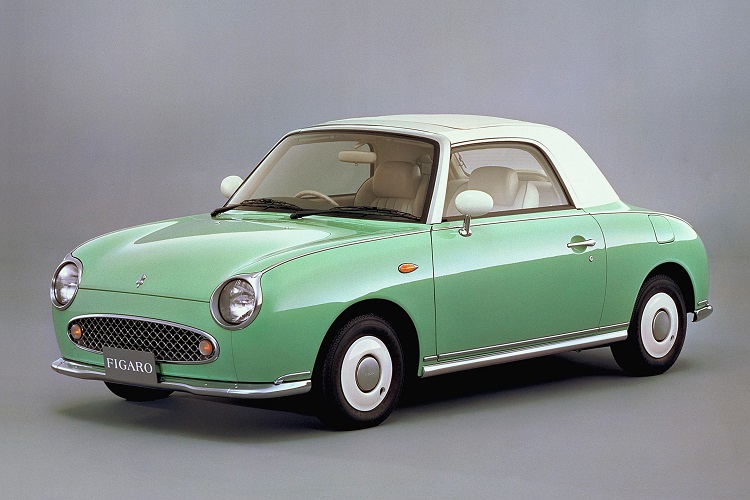 Have you ever wanted to own a classic car, but didn’t want to give up the modern reliability? Nissan Figaro was designed to provide exactly that combination of features. It was a retro coupe with an interesting design aimed at those who appreciated the 50s-60s automotive aesthetics. Even though it was pretty unique, Figaro never reached the shores of United States. 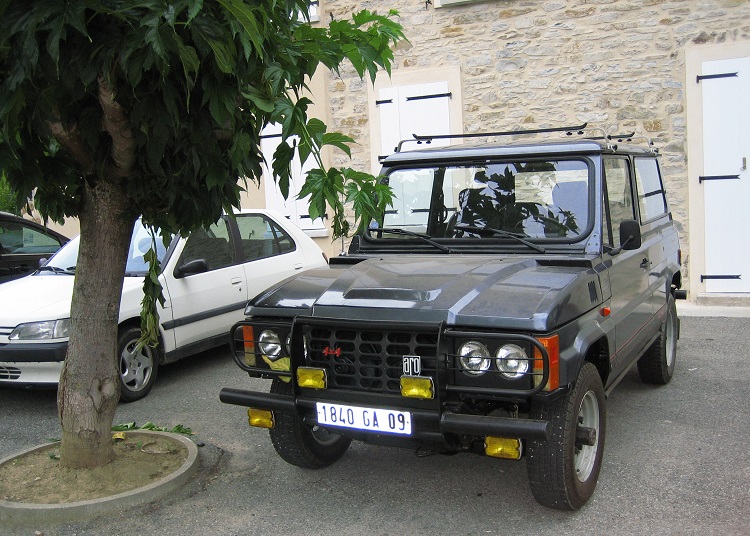 Capable SUVs are always in demand, which is partially why the Romanian car manufacturer by the name of ARO decide to create a rugged SUV that would provide function over form. The Cross Lander 244X was a pretty decent success on paper, but sales told a whole different story. ARO never managed to reach their primary market in North America, and this car slowly faded away. 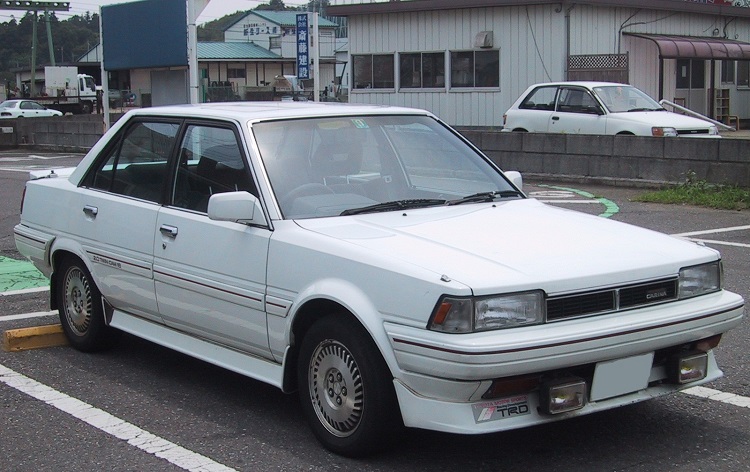 You might be surprised that a Toyota model was banned from sale in United States, but it’s true. Toyota Carina ED from 80s was a pretty decent sedan which was tailored more towards the Japanese domestic market. There was some interest to import this car to North America, however this enterprise was abandoned due to market saturation among other reasons. 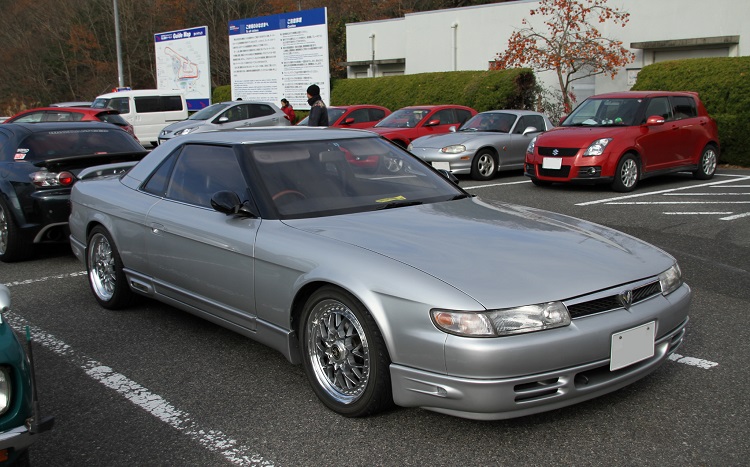 While vintage Mazda Cosmos are rare but not completely absent from North America, the JC version made in early 90s is something you most likely won’t see on the streets of United States in years to come. It was a pretty decent coupe that featured a great selection of Mazda’s legendary rotary engines. Some efforts were made to export the Cosmo to United States, but Mazda gave up early in the process. 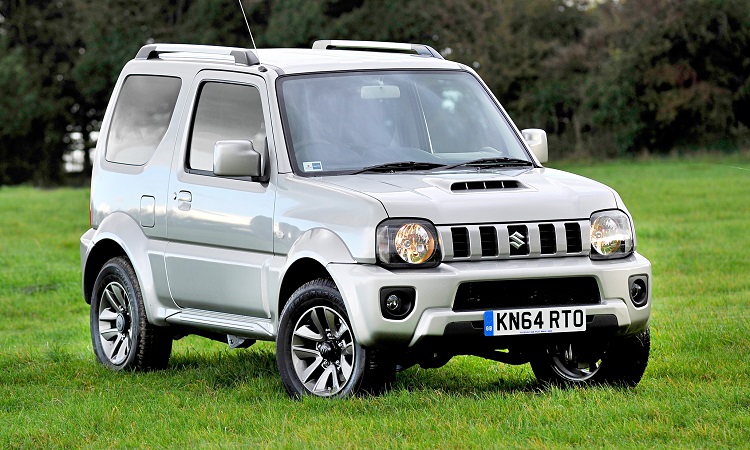 This tiny 4×4 is being enjoyed pretty much everywhere around the world except North America. It’s an automotive mountain goat, being capable of negotiating terrains that would fatigue much larger and more powerful vehicles from the same category. It’s also very fun to drive. With that being said, this model was never imported to United States. 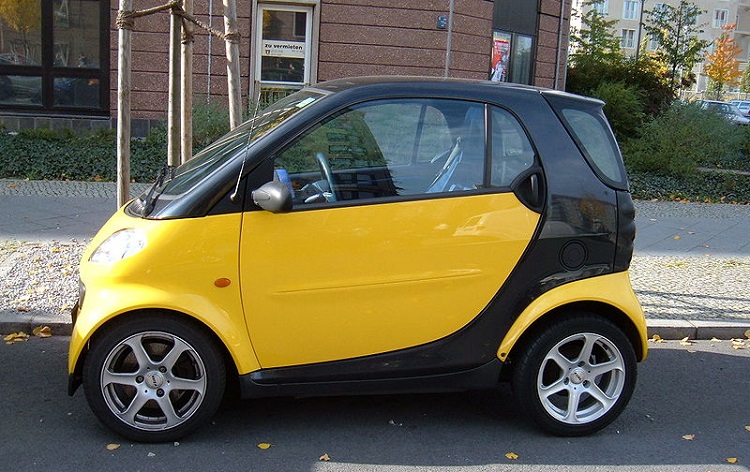 Smart Cars are definitely present on the streets of every major American city. However, if one was to try and obtain the first generation Smart Car, they would probably end up disappointed. This is bad news especially for those who collect these interesting vehicles. 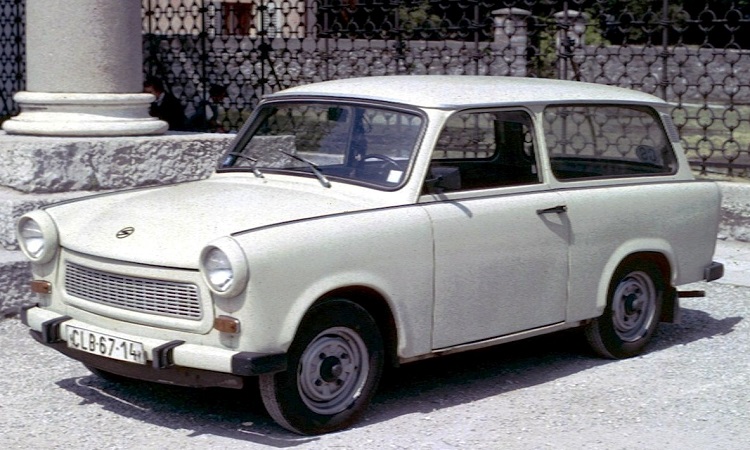 Why would anyone want to import a relic of East German automotive industry is beyond us, but if you did want to acquire a Trabant, you’d be eventually disappointed. These cars are more of a collectors item than a viable means of transportation, however unless you can find one that is past 25 years of age and in good shape, you will probably have to give up on the idea of owning a Trabant. 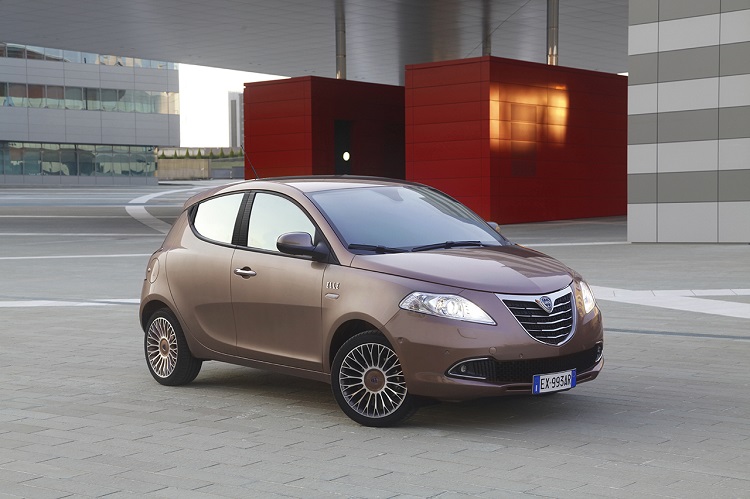 Lancia is a name that is very rarely mentioned outside Rally circles of people who remember the legendary Groip B. Belonging to the FIAT conglomerate, Lancia is still producing cars, although they are lacking the character of their legendary predecessors. Lancia Ypsilon is a compact hatchback that is somewhat popular in Europe, but any Lancia fan in United States will have to give up on the idea of owning one. 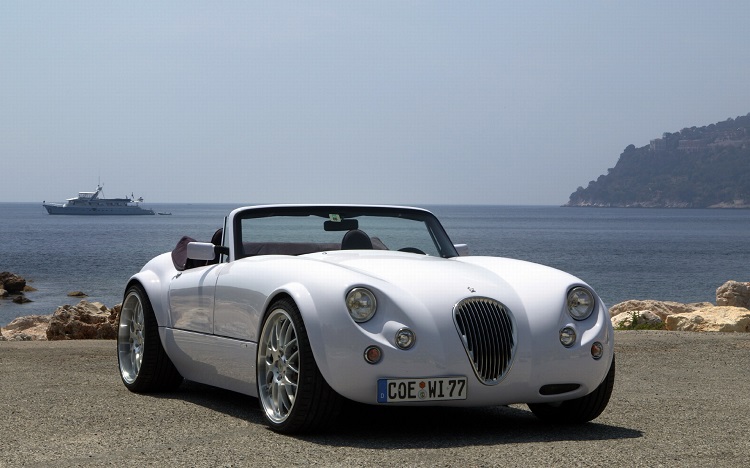 There is something about hand made cars that makes them more thrilling to drive. Each one has its own sound and character. This is especially true about Wiesmann Roadster MF3. This delicate yet incredible car is a real treat for any car enthusiast in the world. Unfortunately Wiesmann gave up on expanding their business to United States due to the almost impossible importation paperwork that needed to be done. 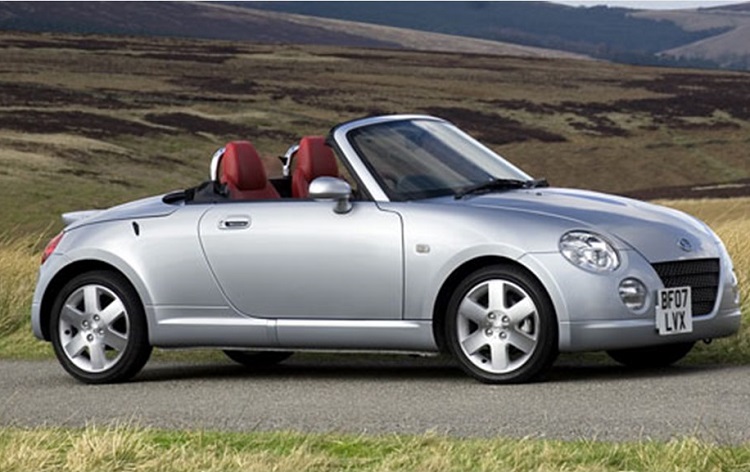 Small cars very rarely succeed on U.S. market, and maybe that’s why Daihatsu gave up on bringing Copen to North American market. This little convertible was said to be practical and fun to drive, with decent fuel efficiency and power to weight ratio. It’s nothing special by any means, but it’s another one that got away. 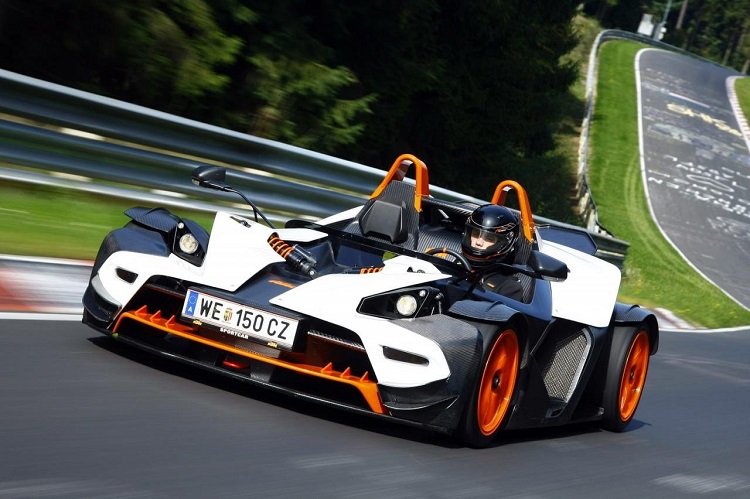 KTM X-Bow belongs to a unique category of vehicles where you can find Ariel Atom and similar. It’s fairly popular in Europe, however it’s permanently banned from U.S. streets. If you want to buy one of these, you will have to drive it on a racing track exclusively. By the way things are looking, don’t hold your breath for it to become road legal any time soon. 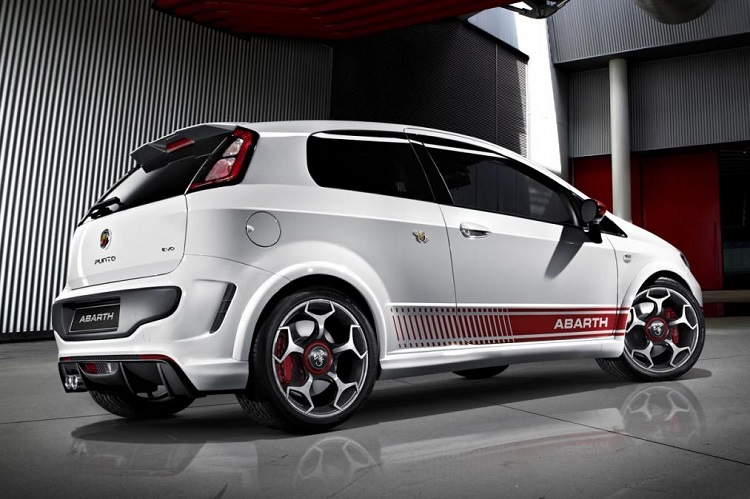 Fiat is a big deal in Europe, and Punto is one of their flagship models when it comes to efficiency and price. Abarth is traditionally tasked with creating a more beefy version of any significant FIAT model, and Punto is no exception. Abarth’s Punto Evo is a very capable hatchback with an abundance of power at your disposal, however even though Fiat is partially present on U.S. market, don’t expect to find one of these at your local car dealer. 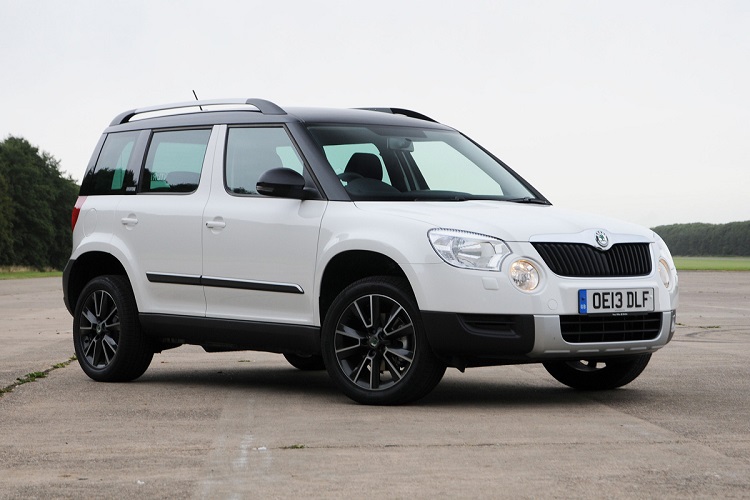 Ever since it was acquired by the VW group, Skoda began producing great cars that offered a good chunk of VW’s quality and comfort for a fraction of the price. Skoda Yeti is their first attempt at creating a recreational SUV that can satisfy the off-road needs of your average driver. Considering the price tag, Yeti would be very competitive in United States, however that’s is not going to happen any time soon.