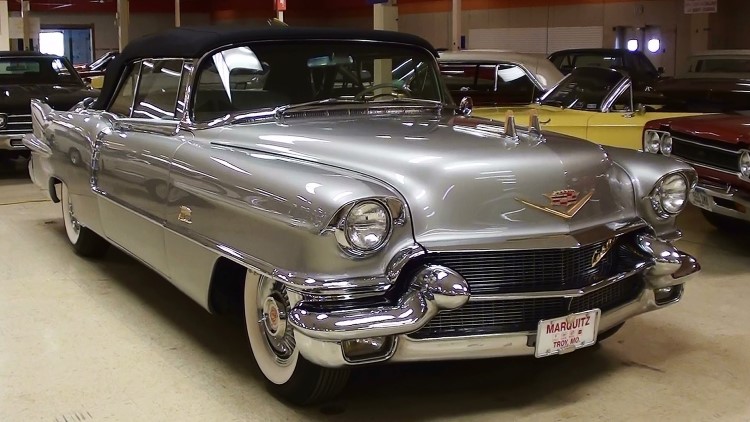 The Eldorado had a long run, beginning in 1953 and lasting until 2002, and one could argue there’s no other car that embodies the 1950s era love of chrome and general showmanship better. The Eldorado convertible was Cadillac’s most expensive model and Americans were enthralled by its whitewall tires, bullet-point bumpers, and pointy tail fins. The first year’s production of the Eldorado was limited to 532 units selling for $7,750 each. If you can get your hands on a 1953 Eldorado today, expect to pay $100,000-$140,000.