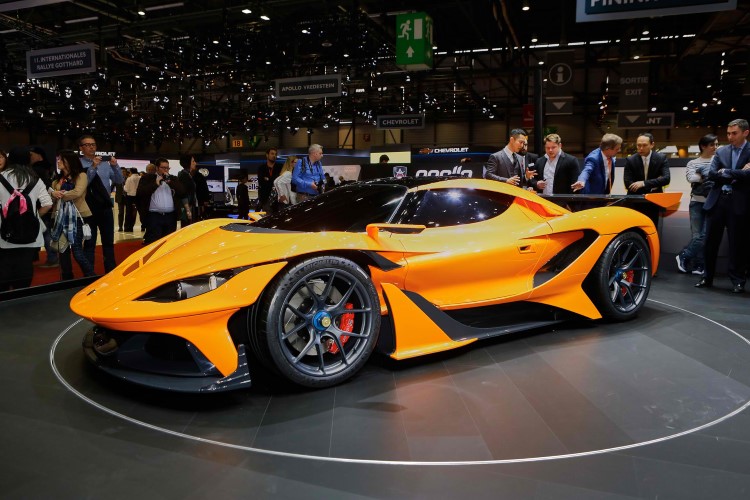 From the Gumpert Company resurrected in the form of Apollo Automobil comes this beast of a car inspired by sharks and the F-22 Raptor stealth fighter jet. The looks are evenly matched by the heavily tuned twin-turbocharged V8 4.0-liter sourced from Audi giving 1000 HP and 1000 Nm of torque capable of pushing 0-60 mph in 2.9 seconds with a top speed of 224 mph. It also distinguishes itself from other high performance cars with luxuries like powered windows, satellite navigation and other amenities as standard – despite a target weight of less than 1,300 Kg.