Automotive industry is a very competitive one. This is partially due to how popular motorsports are, and were since first cars started rolling on the roads. This competitive environment gave birth to some of the fiercest rivalries in the industry. Car manufactures made it their mission to demolish their competition, no matter what. Some incredible and legendary cars came to existence as a result of these rivalries, for which the world is very much grateful. Here are 9 famous car rivalries in history of automotive industry. 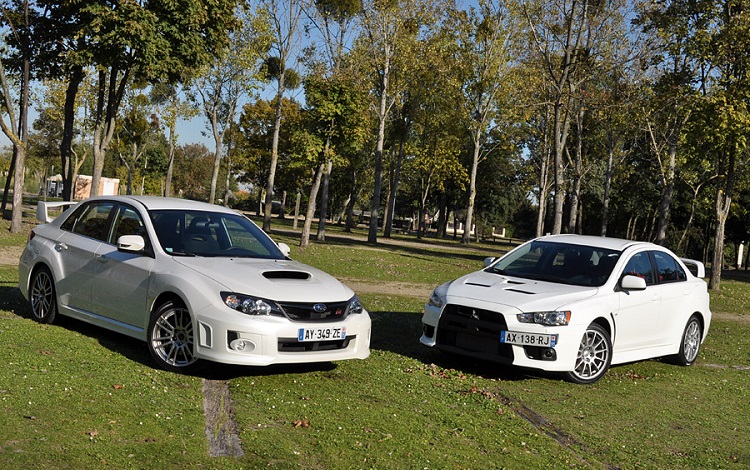 These two manufacturers were trying to outperform one another ever since they stepped into WRC. Mitsubishi had their Lancer Evolution, while Subaru’s answer was the Impreza WRX. For years these two cars were battling it out on the rally tracks across the world, largely dividing the public into two camps.