For decades, James Bond has thrilled audiences around the world with his hair-raising adventures as the foremost dangerous and debonair British secret agent. Whether it’s danger around every corner, shadowy criminal underworld organizations looming over his shoulder, or simply just a vodka martini hangover, there’s never a dull moment for poor old Bond. That’s not to say it’s all bad, though. There are the gadgets, the women, and perhaps the most iconic aspect of the character outside of a tuxedo – the cars.

Though he is perhaps best known for his affinity for the Aston Martin, Bond has driven an incredible array of some of the world’s best vehicles, many of which were armed to the teeth with gadgets, remote controls and sometimes even missile launchers.

There are hundreds of vehicles featured in the Bond movies, but only around 41 that Bond drives himself, excluding motorcycles, buses and golf carts. See if you can recall all of the cars in this rundown. Some are worthy of the Bond name – some not so! 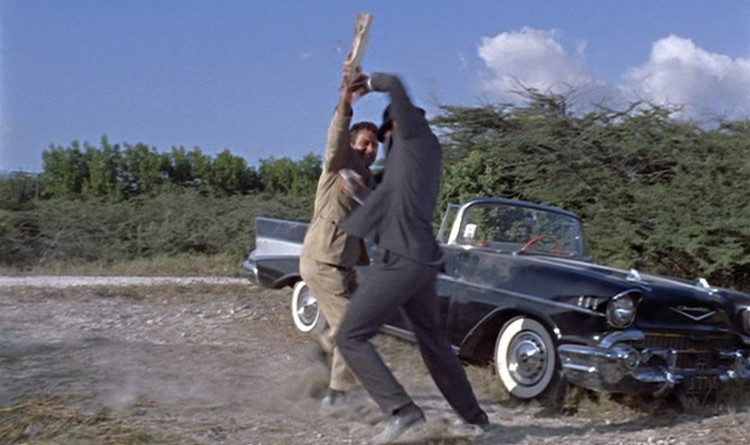 It’s strange to imagine that the first car to appear in a Bond film would be American, but Bond rides in a beautiful 1957 Bel Aire in Dr. No. Also driven by an undercover lackey of the eponymous Dr. No named “Mr. Jones” posing as a chauffeur, the car did not have any exciting gadgetry or receive much screen time.