The cheapest automotive segment in the US are small hatchbacks. These compact three or five door cars are ideally used in the city, or as a second or third car in the family. Despite sometimes lacking space, these little hatches were never short on charm and practicality. So, for your convenience, we’ve compiled a list of the best new small hatchbacks under $15,000 and a couple more that are a just bit over the budget, but still worthy of your attention. 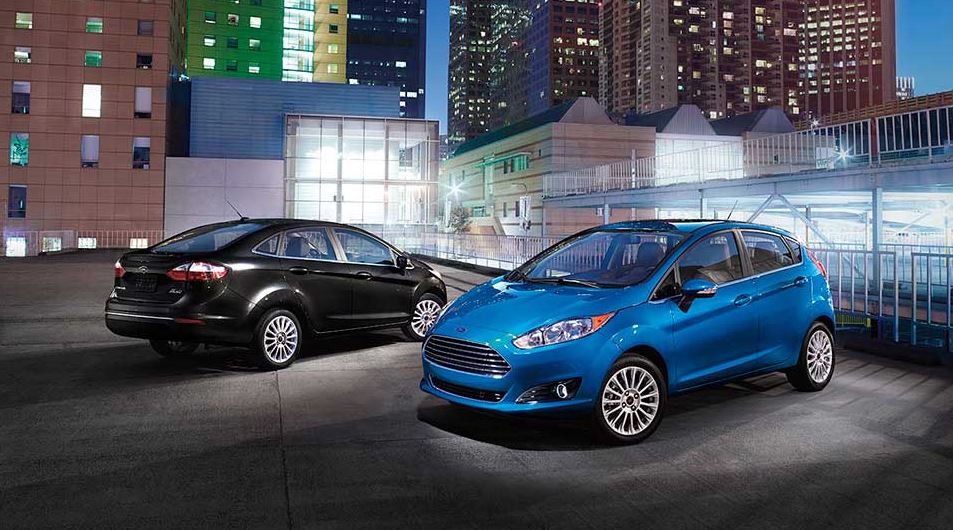 The soon to be replaced seventh-gen Ford Fiesta starts at $13,960 for the base S hatchback version. The Fiesta SE is powered by a 1.6l Ti-VCTI engine with manual transmission as standard or optional Powershift six-speed automatic transmission. Claimed fuel consumption is 27/35 MPG, and it has seating for five. Safety-wise, there’s ABS on all four wheels, electronic brakeforce distribution and seven airbags, including side curtain airbags. All that makes the Fiesta a worthy contender and one of the best choices in the class, even for a model that will soon be pulled off. 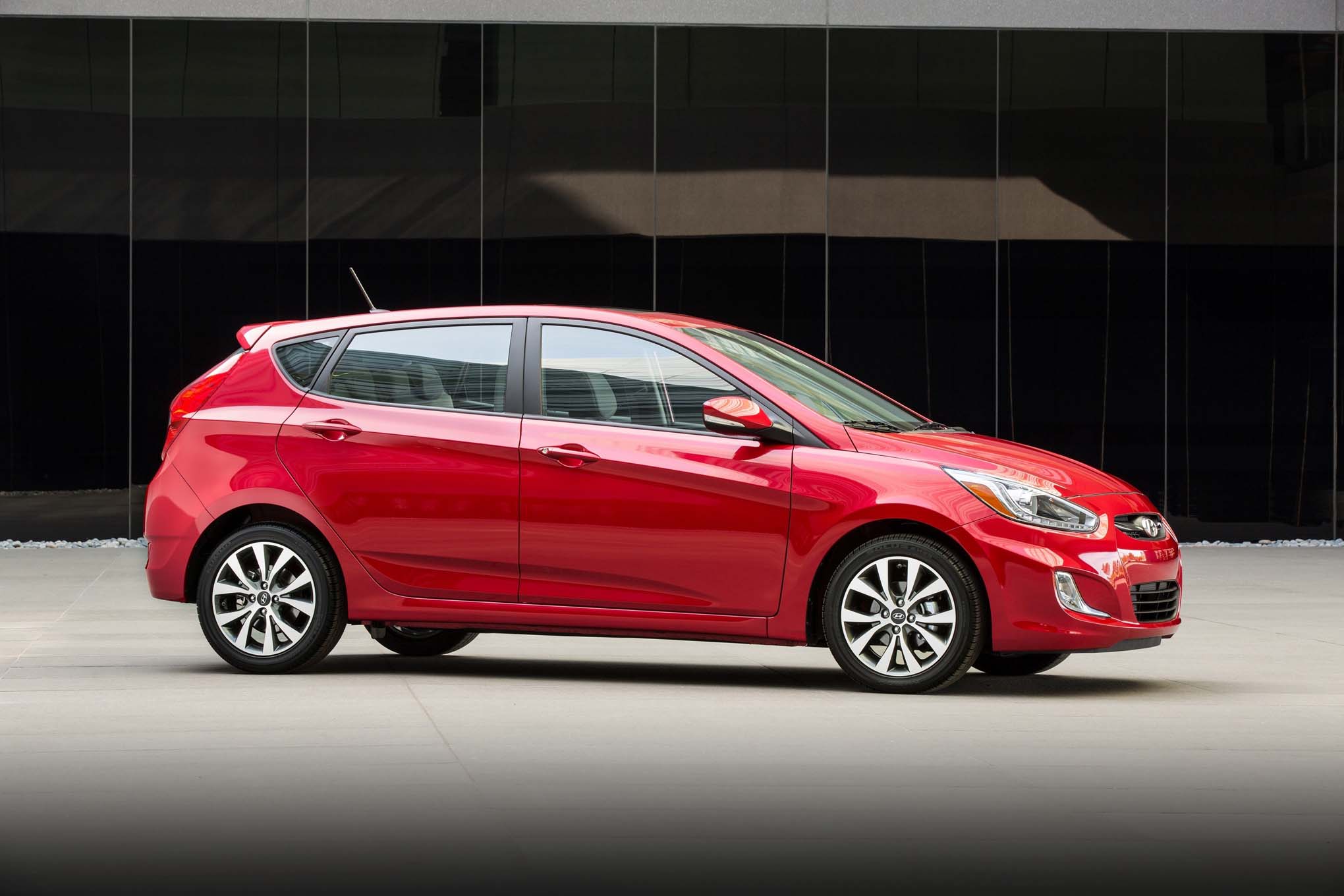 Base Hyundai Accent SE hatchback starts at $14,995, and it offers a 1.6l DOHC four-cylinder engine with 6-speed manual transmission as standard, or optional 6-speed automatic transmission which will set you back another $1,200, breaking the $15,000 budget. Some of the features that the Accent has to offer are air conditioning, power windows, and tinted glass, all packed inside a well-designed body and interior. Also, the Accent has a claimed consumption of 37MPG on the highway.

The offering from Chevrolet that starts from $13,875 is the company’s global product that started its life as a rebranded Daewoo. The car is powered by a 98hp 1.4L ECOTEC DOHC 4-cylinder engine, mated with 5-speed manual transmission powering the front wheels. In its base trim, the Spark has rear vision camera as standard, 7” infotainment system, Android Auto and Apple CarPlay connectivity, as well as 10 airbags, which is quite an impressive number. But, that’s not it because the LS Automatic can be bought for $14,975, which is still under the $15k budget. 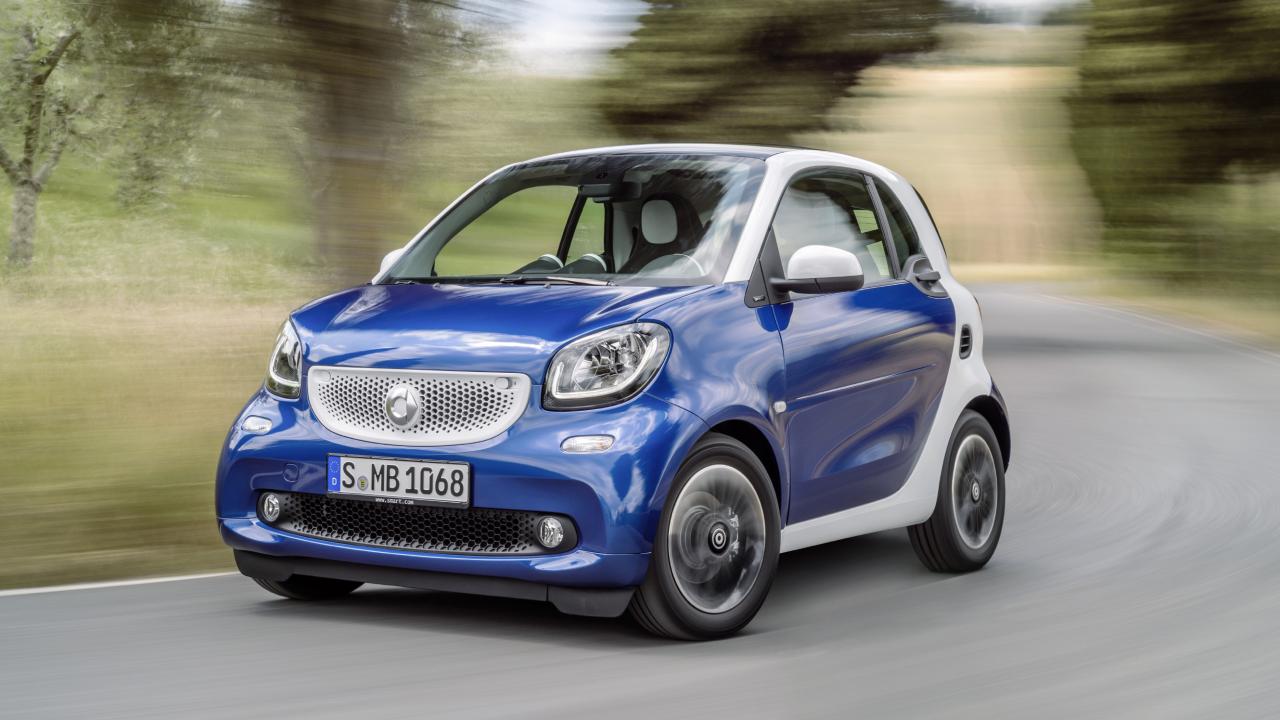 The tiniest car on the list offers the fewest space, but the best urban mobility. It’s the smart ForTwo, a rear-engined two seater from Mercedes-Benz sub-brand Smart. The Smart is powered by a 0.9 turbocharged three-cylinder unit with 89 horsepower and a claimed consumption of 31MPG in the city, or 39 on the highway. The biggest downside of the Smart Fortwo is definitely its extremely limited space, but if you are living in a crowded city, and if you have the Smart as a backup car, you won’t go wrong by opting for it. 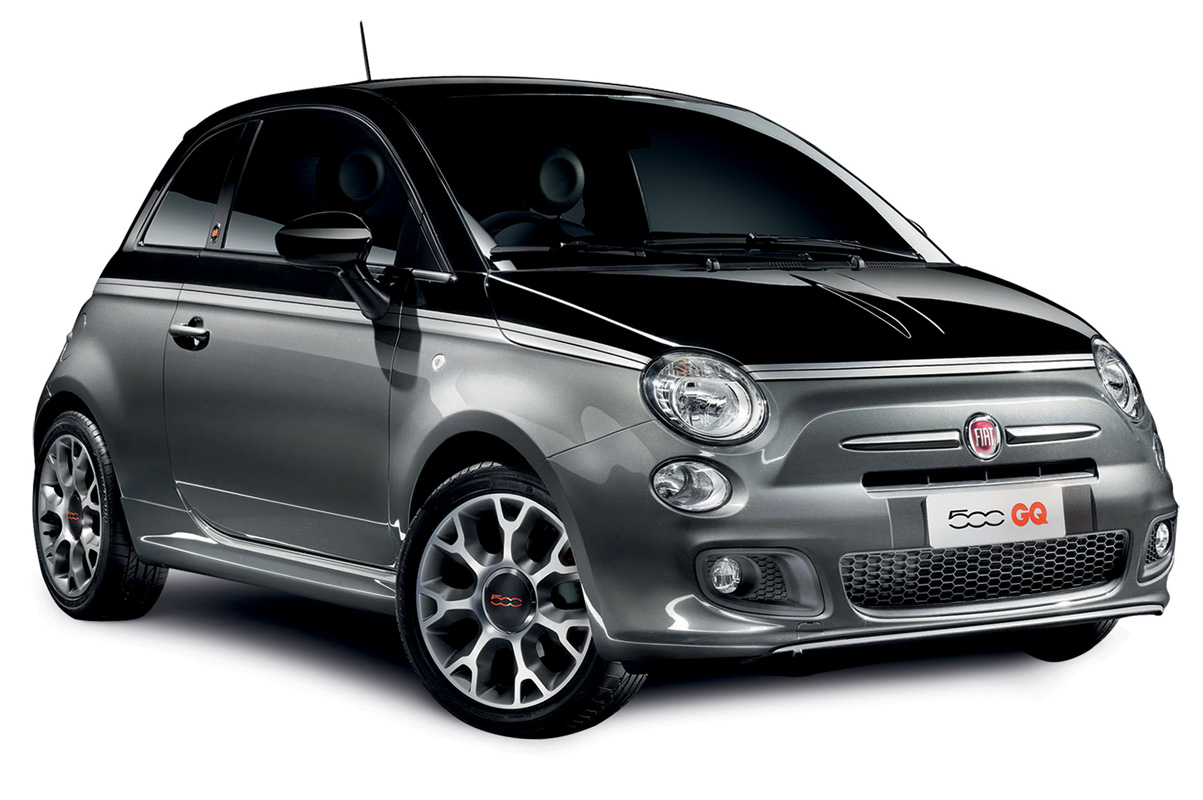 The retromodern Italian supermini is another car very close to our median line, and first of all, it offers endlessly charming design packed into a 2-door body which offers seating for four. The base model is powered by a 101-horsepower 1.4L MultiAir four-cylinder engine, with five-speed manual or optional six-speed automatic transmission. The claimed fuel consumption is 38MPG on the highway or 33MPG on the highway with the automatic transmission. A long list of optional extras will soon push the Fiat 500 over the $15,000 budget, but a charmer like this just couldn’t be left out in this countdown.

The cheapest car on the list is the newly facelifted Mitsubishi Mirage. This Japanese small hatchback now has a new, more conventional and more appealing front grille, and it starts at $12,995 for the base ES version with 5-speed manual transmission. The ES with CVT automatic transmission will cost you at least $14,195, while the SE with 5-speed manual is the last version starting below #15K at $14,795. The Mirage is an extremely fuel efficient car, with 37 MPG in the city, and 43 MPG on the highway. It also has the best turning radius in class, at 15.10 ft. 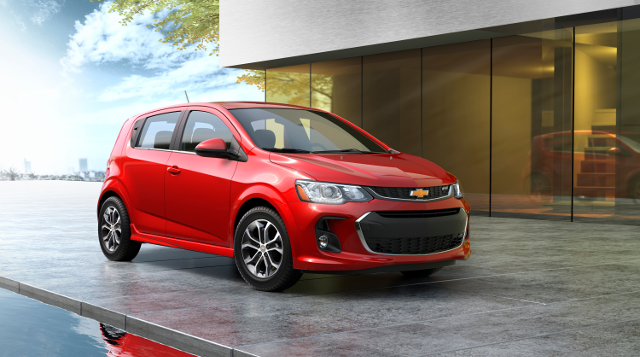 Breaking the budget for just $145 is the Chevrolet Sonic, a five door hatchback that starts at $15,145. The Sonic offers a great-looking design consistent with other Chevrolet models, but packed into a compact body. It has a 1.8l Ecotec 4-cylinder engine as standard, with 5-speed manual transmission, and 138 horsepower. Additional standard features include 10 airbags, which makes the Sonic a very safe car in its class, as well as standard phone integration. 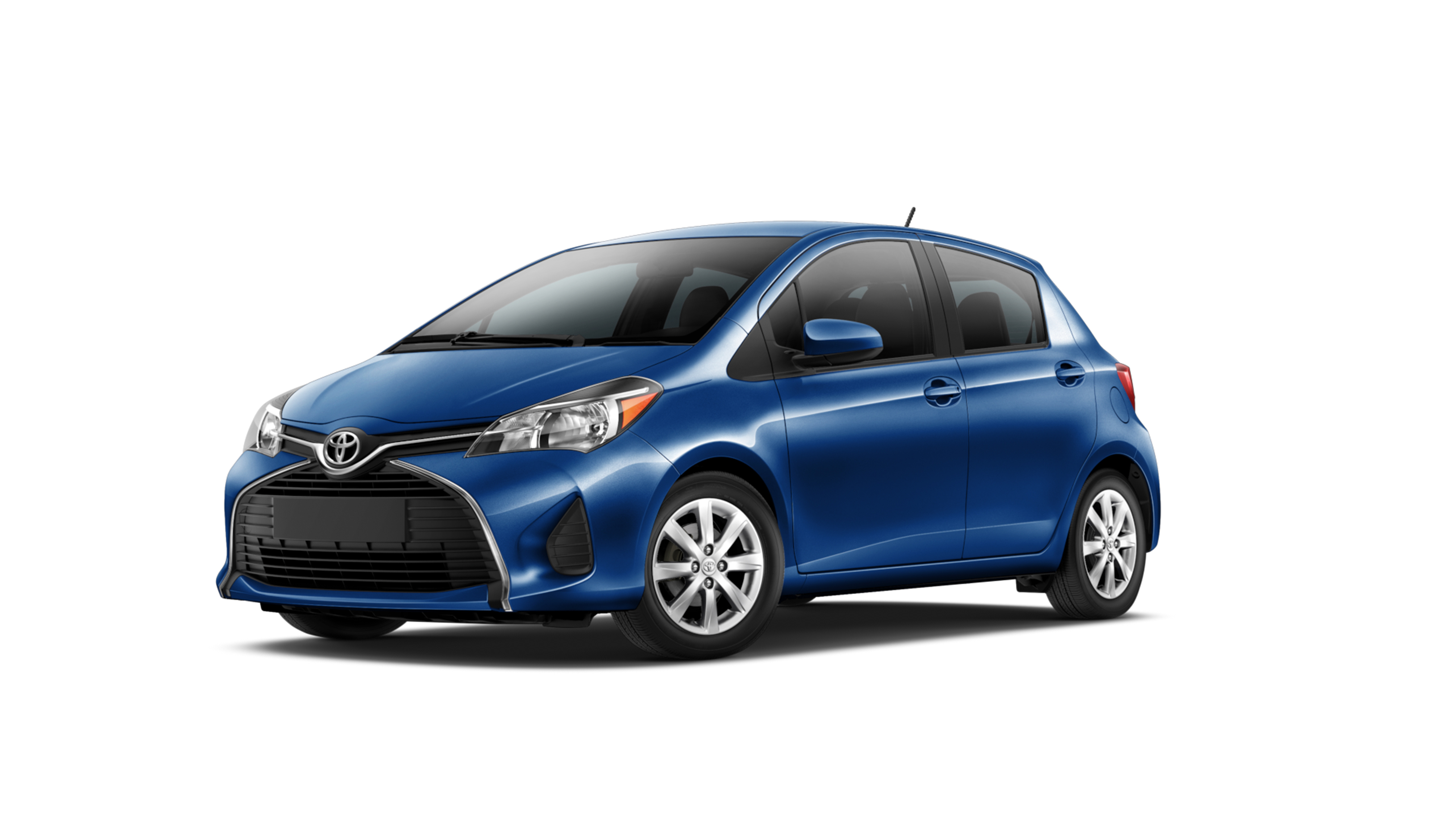 Toyota’s subcompact hatchback has a starting MSRP of $15,250 for a three-door base Yaris L, while the five-door L trim will cost you $16,350 or more. The 2017 Yaris has a rather lovable design, and under the hood lies the 1.5l 4-cylinder engine with five speed manual transmission and estimated fuel consumption of 30 MPG in city driving. The Yaris is also a safe car, having Toyota Safety Sense™ as standard, as well as nine airbags as standard. 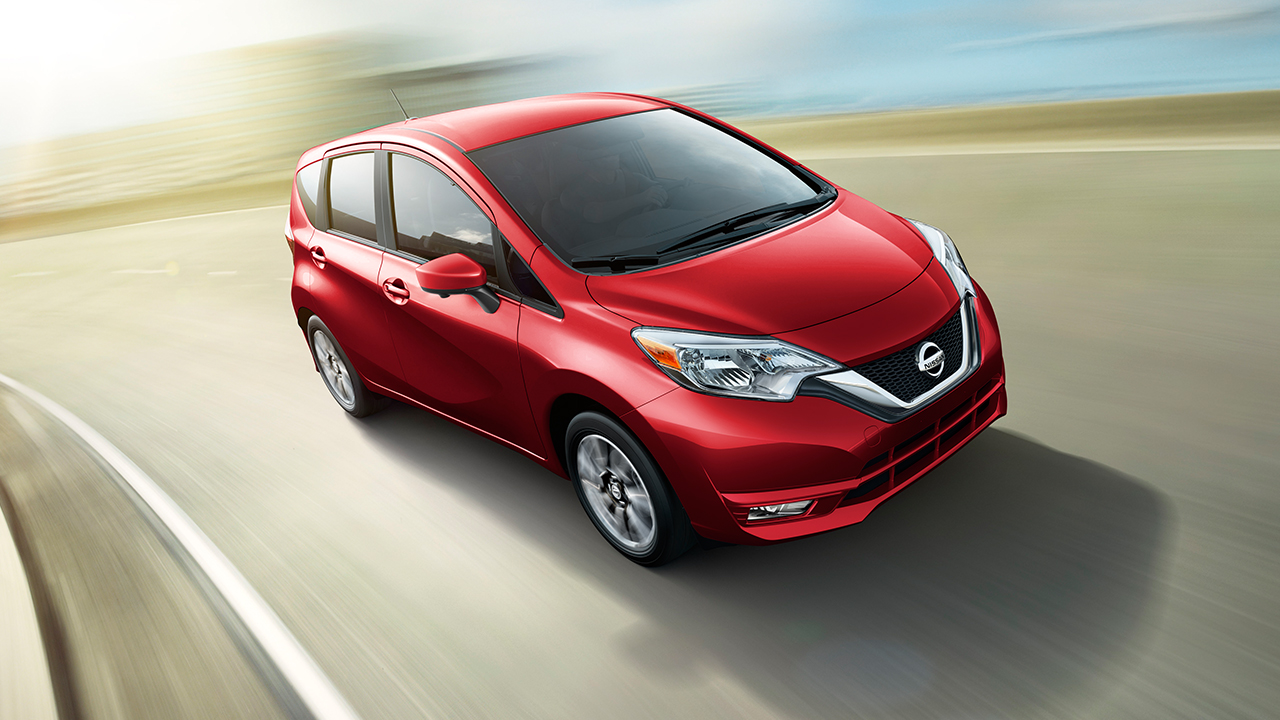 The 2017 Nissan Versa Note has a MSRP of $15,480 for the base Versa Note S Plus version. Its boxy design is charming, and the car significantly differs from the rest of the competitors. The car is powered by a 1.6l four cylinder engine with 109 horsepower, mated to Xtronic CVT transmission unit. For the Versa Note, Nissan claims consumption numbers of 31 MPG in city driving or 39 MPG highway. When it comes to safety, the car is equipped with ABS, EBD and brake assist, as well as Nissan Advanced Air Bag System that includes dual-stage front airbags, side airbags and side curtain airbags.