The 25 Best Road Trip Movies Ever

The most comprehensible definition of the term road trip is when a person or group is traveling a long distance, most likely in a vehicle, heading for a pre-established destination. In cinema, road trips have been presented in numerous ways, from the movies that somehow try to match reality, to the laugh riots that could only exist in fiction.

With that being said, the way to get your fix when one feels the call of the open road is renting a great road movie. Spending a nice Sunday evening in the company of friends or family watching one of the movies in the list below can be both bonding and exciting. 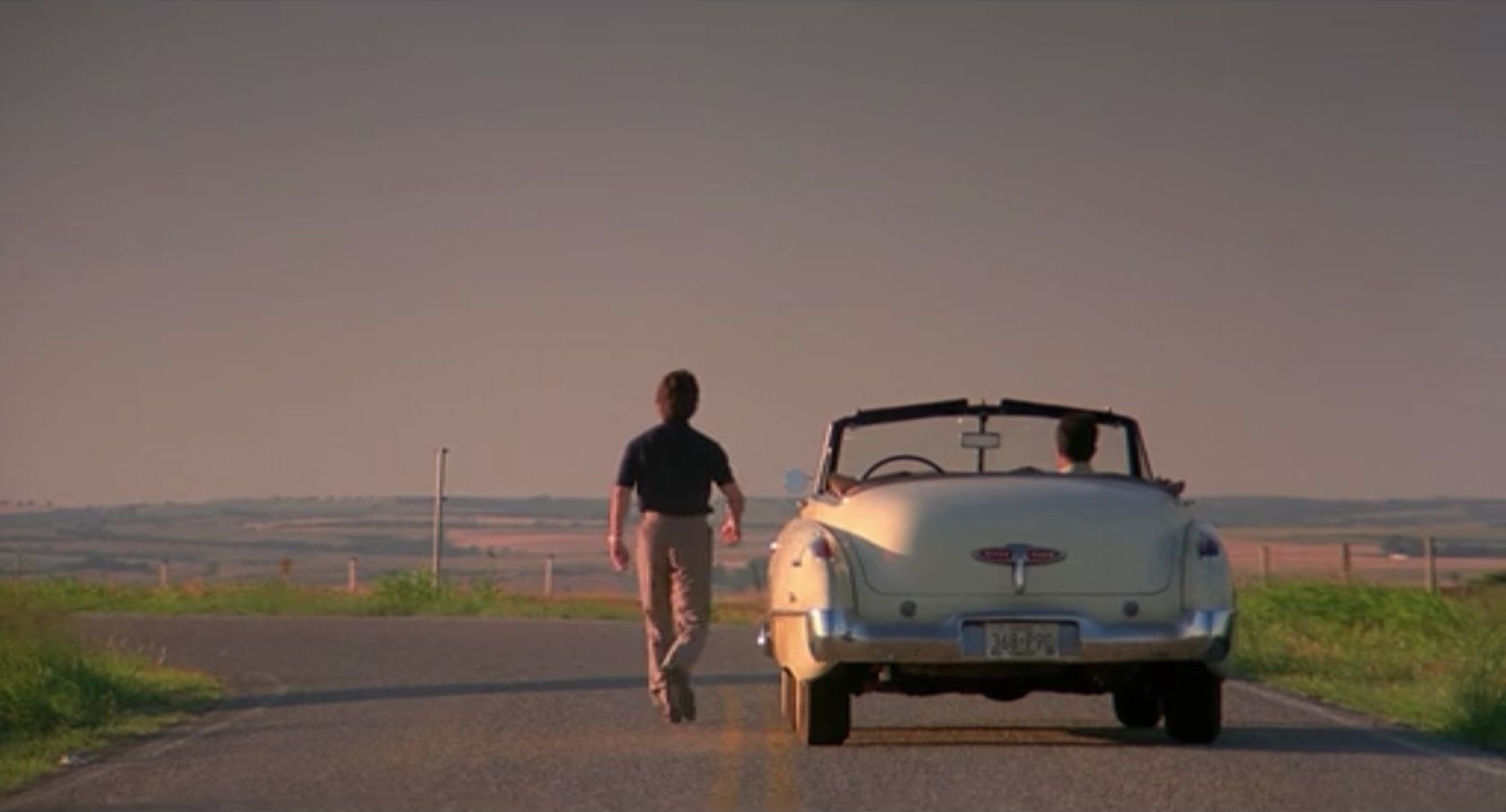 A great 1988 movie in the road trip drama genre is Rain Man, a journey across the country in a 1948 Buick convertible with Charlie Babbitt (the self-centered automobile dealer and bookie, played by Tom Cruise) joined by Raymond Babbitt (the autistic savant played by Dustin Hoffman), with the pretense of a unequal inheritance. 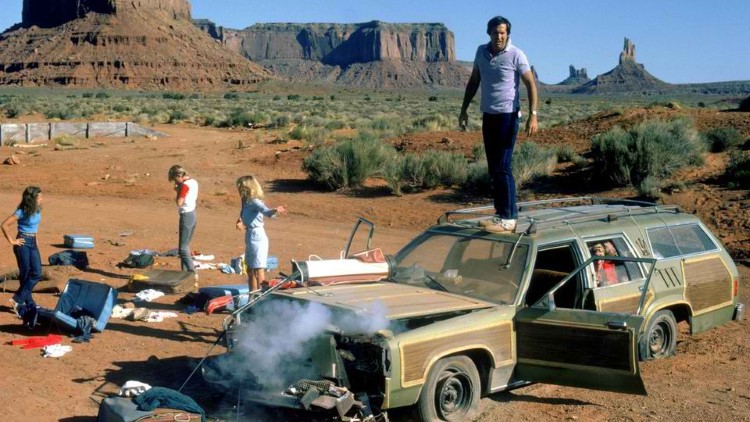 A 1983 adventurous family comedy with Chevy Chase as the protagonist is the well-known National Lampoon’s Vacation. This road trip to Walley World Theme Park, made in a custom-made vehicle for the movie that seems to be a clever homage to American cars in the 80s, doesn’t really go as planned when Aunt Edna comes along for the ride and Clark Griswold (Chevy Chase) falls for a mysterious blonde in a Ferrari. 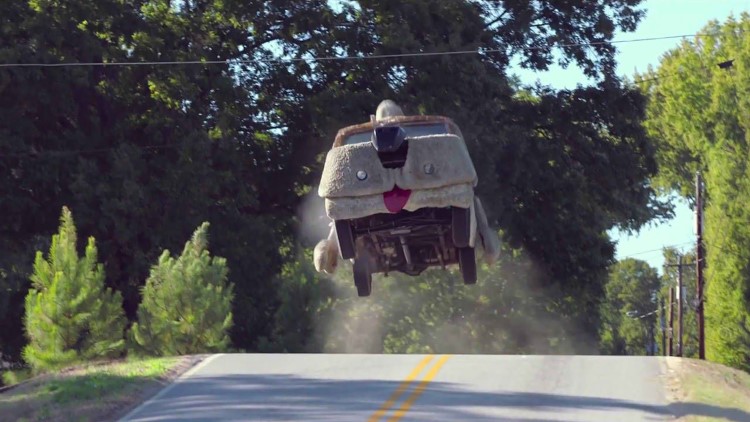 There is one road trip movie that nobody can forget because of the vehicle – the 1984 Ford Econoline from Dumb and Dumber. Lloyd Christmas (Jim Carrey) and Harry Dunne (Jeff Daniels) go on a road trip to Aspen to return a briefcase full of money to its rightful owner, Mary Swanson, Lloyd’s crush. 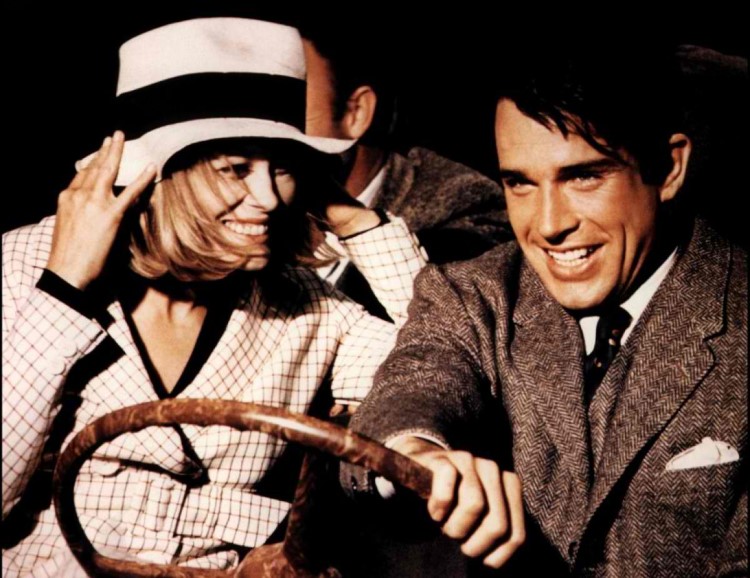 Maybe the highest rated movie in this category, Bonnie and Clyde is a romantic reenactment of the life of the notorious crime couple, driving a 1934 Ford Sedan that was salvaged from a museum fire in 1988 and restored to be used in the modern remake with Warren Beatty and Faye Dunaway. 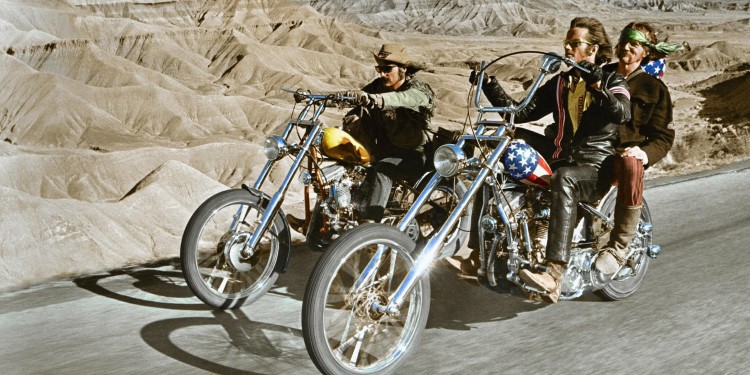 A motorcycle road trip movie that sparked the era of ‘New Hollywood’ during the 1970s, directed and produced by Dennis Hopper and Peter Fonda, Easy Rider tells the story of two bikers who travel the American Southwest and South on their custom hardtail frames and panhead engines built by Cliff Vaughs and Ben Hardy. 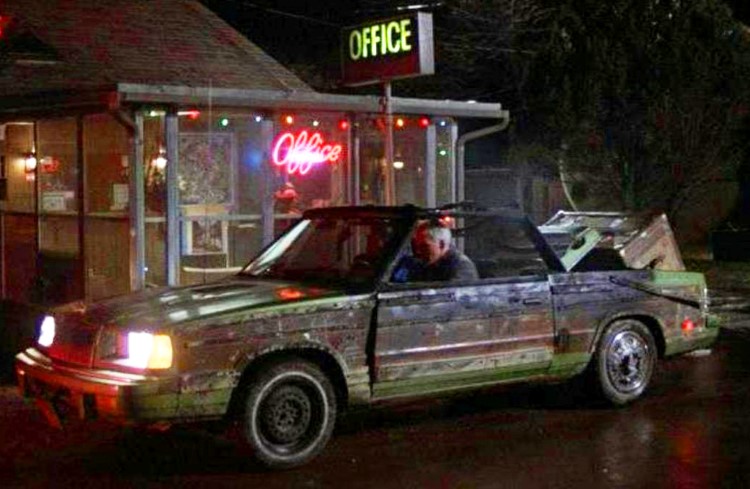 In Planes, Trains and Automobiles, a road trip comedy/drama, Neal Page (Steve Martin) is trying to get home for Thanksgiving after his flight gets canceled, and pairs with Del Griffith (John Candy), a shower curtain ring salesman, for a road trip mostly done in a rental car. The producers had to design a rent-a-car company and actually rent 250 cars. 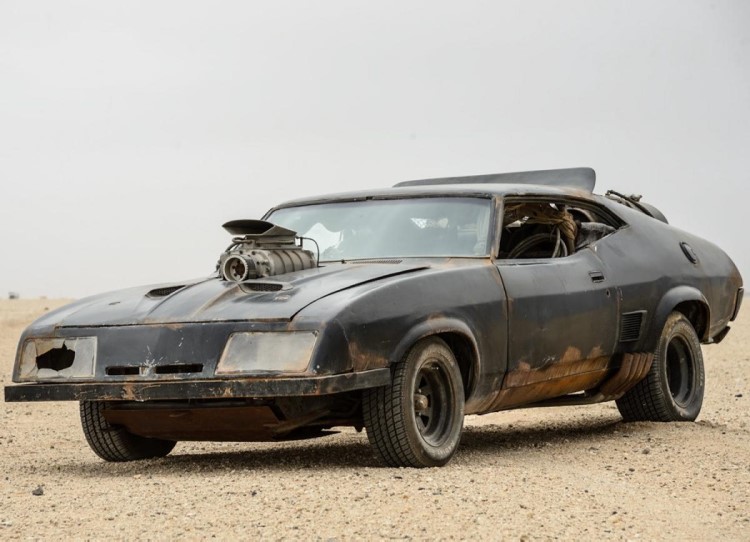 There is one road trip movie that made Mel Gibson truly famous – Mad Max. In this post-apocalyptic drama, the car that really stands out (and will be used for the second part as well) is a V8 Interceptor, also known as a Pursuit Special (a modified 1973 Ford Falcon XB GT Coupe).

Ferris Bueller’s Day Off is a 1986 romantic comedy starring Matthew Broderick, a high-school student who decides to take a day off and go on a road trip with a friend and his girlfriend, heading to Chicago in a 1963 Ferrari Modena Spyder (a car that is currently estimated at around three hundred thousand dollars). 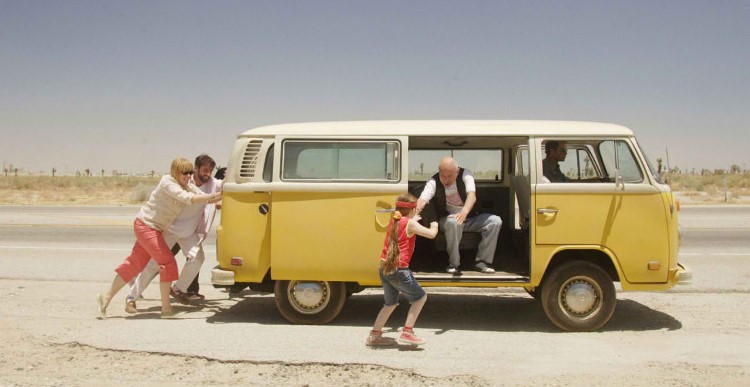 One of the few post-2000 movie that has made it in the top road trip movie lists, Little Miss Sunshine is a comedy/drama in which a dysfunctional family joins their seven-year-old daughter on a trip in a Volkswagen Type 2 (Kombi) to a talent contest situated in the other side of the country.

The 1993 movie True Romance, starring Christian Slater and Patricia Arquette, is a road trip movie from the genre action/crime in which a couple is chased by the mob after a drug related incident. Several high-end cars are used for the movie, including a 1991 Porsche Carrera Cabrio Flatnose and a 1986 Mercedes-Benz S-Klasse. 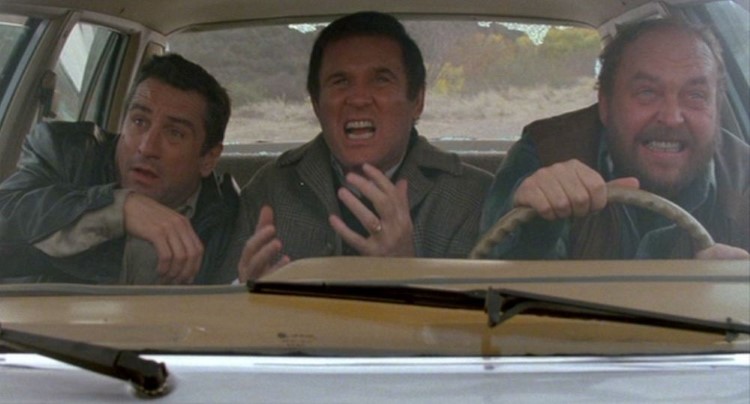 Robert de Niro and Charles Grodin star in Midnight Run, a road trip movie in the action/crime genre in which Jonathan Mardukas (Charles Grodin) is a former Mafia accountant involved in a chase with the Mafia, the FBI and bounty hunters. Several on-road and off-road cars are used for the movie, like a 1973 Chevy Blazer, a 1985 Lincoln Stretched Car and a 1980 Plymouth Gran Fury.

The 2001 movie Rat Race, starring Brecking Meyer, Jenica Bergere and Cuba Gooding Jr., an adventure/comedy movie about an underground race set up by a casino magnate, in which six contestants race each other for a two million dollar cash prize. A Ford Bronco, a monster truck, a rocket car and Adolf Hitler’s staff car are some of the cars featured in this movie. 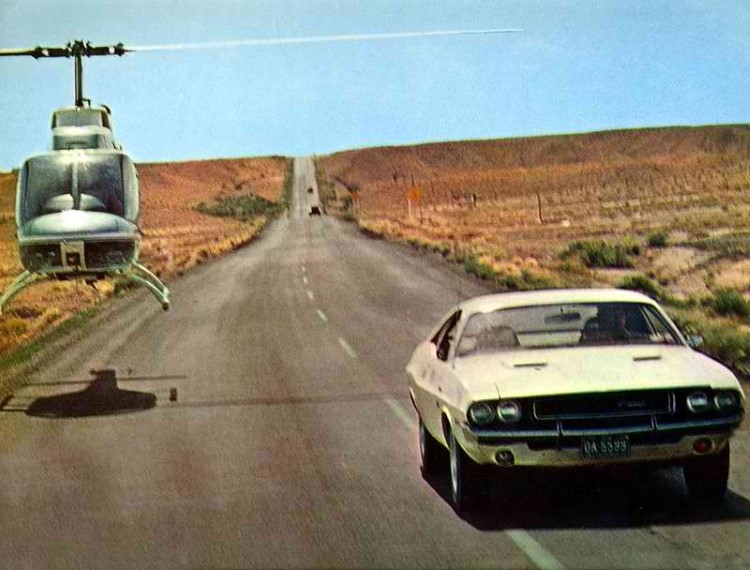 One of the classic/ iconic road trip movies from the 1970s, Vanishing Point depicts hot rod delivery driver Kowalski in a 1200-mile race against time and police in a 1970 Dodge Challenger R/T 440 Magnum. 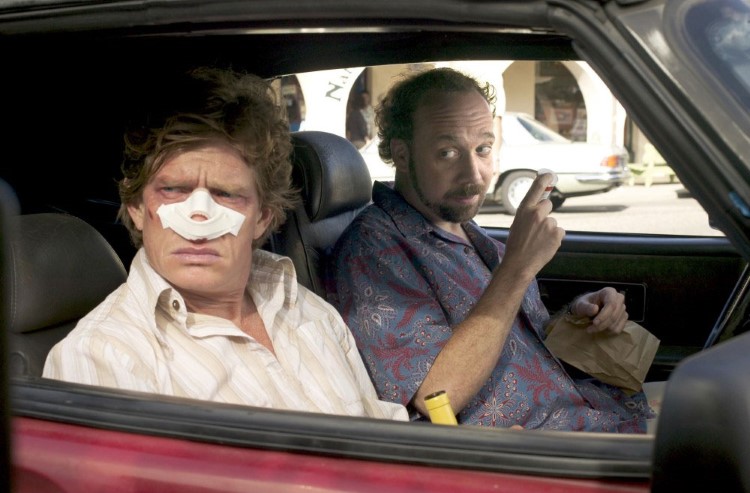 Driving a 1987 SAAB 900 Cabrio Turbo, Paul Giamatti as Miles and Thomas Haden Church as Jack embark on week-long road trip through wine country one week before Jack is to be married. 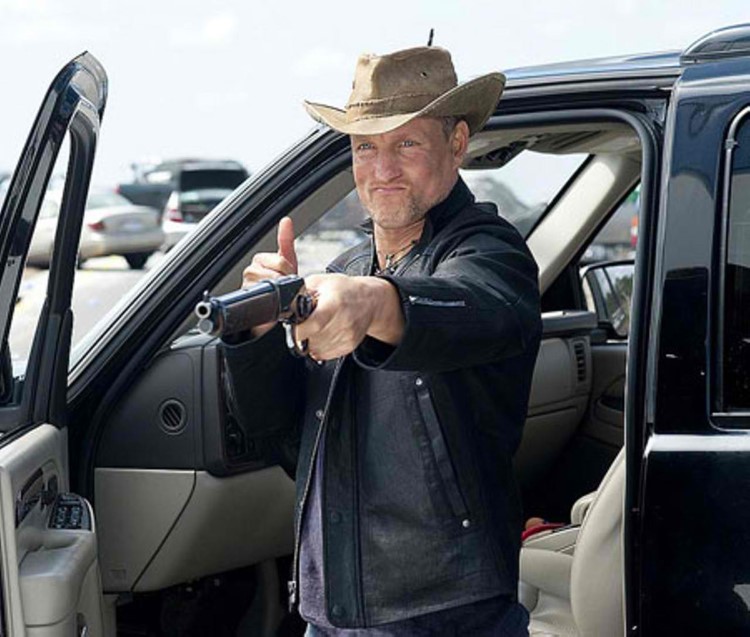 Since the zombie frenzy could not stay out of the road trip category, in 2009’s Zombieland comedy/horror flick, Jesse Eisenberg as Columbus and Woody Harrelson as Tallahassee embark on a trip to Ohio in a Cadillac Escalade to find Columbus’s family. 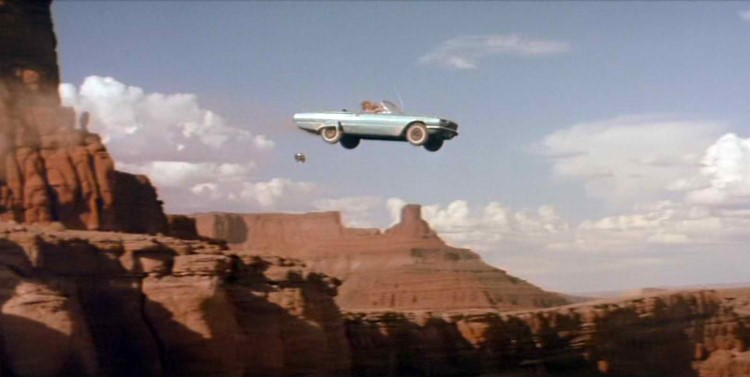 Thelma and Louise has become a classic in the crime road trip category after winning an Oscar. Louise Sawyer (Susan Sarandon) and Thelma Dickinson (Geena Davis) decide to make a run to Mexico in a 1966 Ford Thunderbird after committing multiple felonies. 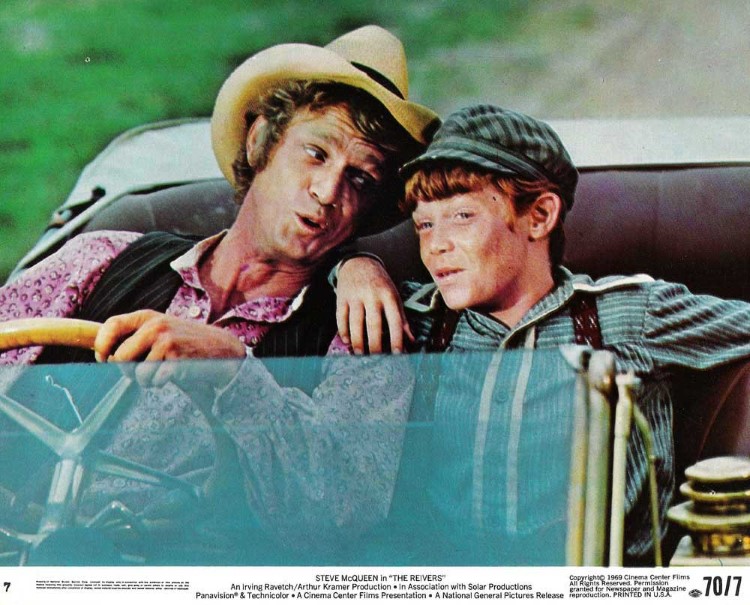 An iconic late sixties movie, The Reivers tells the story of an 11-year-old boy from Mississippi who gets talked into stealing his families car to go on a road trip to Memphis. Plenty of adventures follow in the yellow 1905 Winton Flyer. 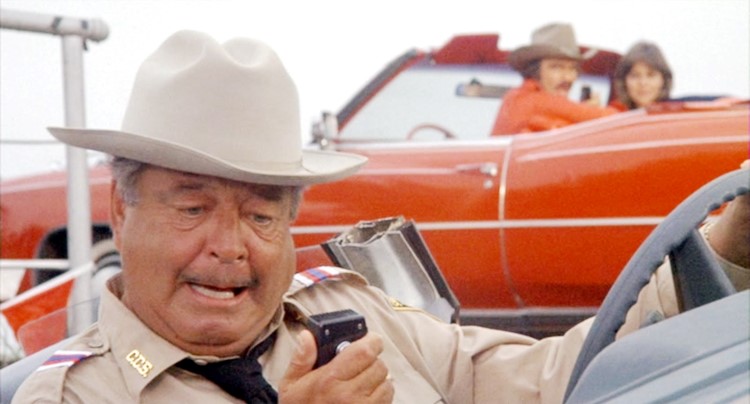 Bandit (Burt Reynolds) and Cledus (Jerry Reed), two truck drivers from the south who accept a dare to pick up a beer transport from Texas and return it, Smokey and the Bandit is must-see in the road trip genre. Bandit and Cledus use several cars including a 1977 Trans Am, a Pontiac Firebird and a Chevy Camaro. 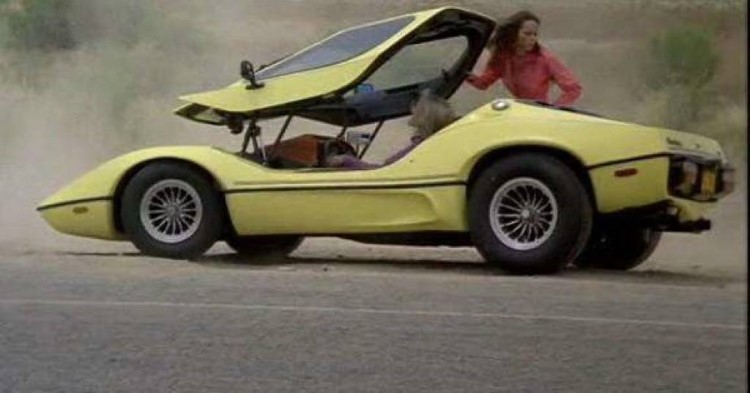 One of the first American movies Jackie Chan starred in, The Cannonball Run is a road trip movie depicting a wild and illegal race across several states. Cars used in this movie including a Dodge Tradesman Ambulance, Ferrari 308 GTS, Lamborghini Countach, 1976 Monte Carlo, an Aston Martin DB 5 and many others. 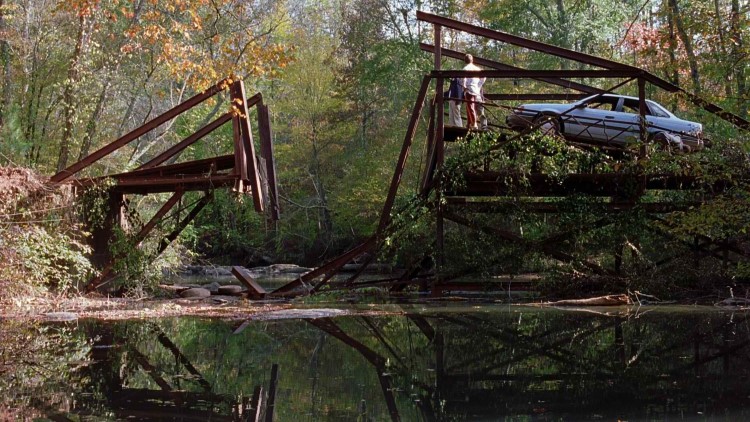 In a list of top road trip movies there has to be a movie named Road Trip. This adventure/comedy flick features some very popular names from the modern comedians like Breckin Meyer, Sean William Scott and Tom Green on the road towards Austin to retrieve a wrongfully sent tape. 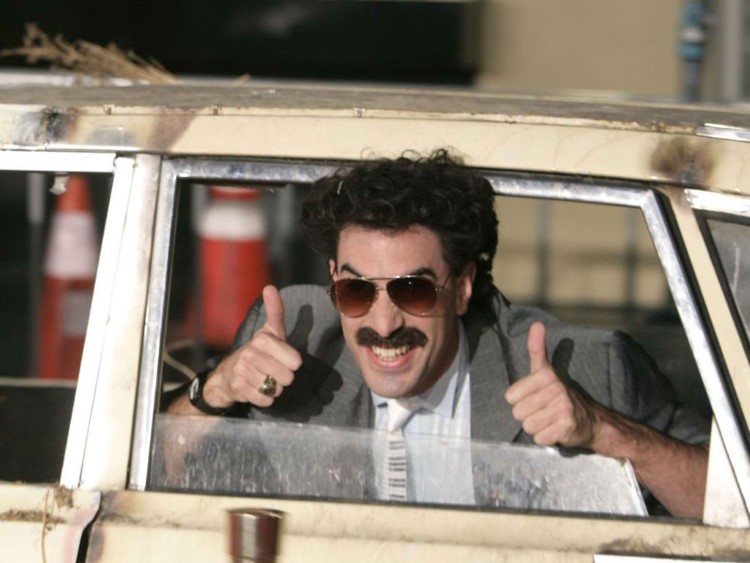 A movie with a long name that has made it to the top road trip movie list, Borat: Cultural Learnings of America for Make Benefit Glorious Nation of Kazakhstan stars Sacha Baron Cohen as Borat, a TV reporter from Kazakhstan that embarks on a cross country road trip to California to kidnap Pamela Anderson, driving an AM General FJ-8C.

Wild at Heart is a romantic comedy from the road trip category, featuring Sailor Ripley (Nicolas Cage) and Lula Fortune (Laura Dern), a couple that run from several individuals that Lula’s mother has hired to kill Sailor. Several iconic cars are featured in this movie, including a 1976 Cadillac Eldorado, 1988 Chevrolet Camaro, 1968 Chevrolet Impala, 1979 Ford Mustang and many others. 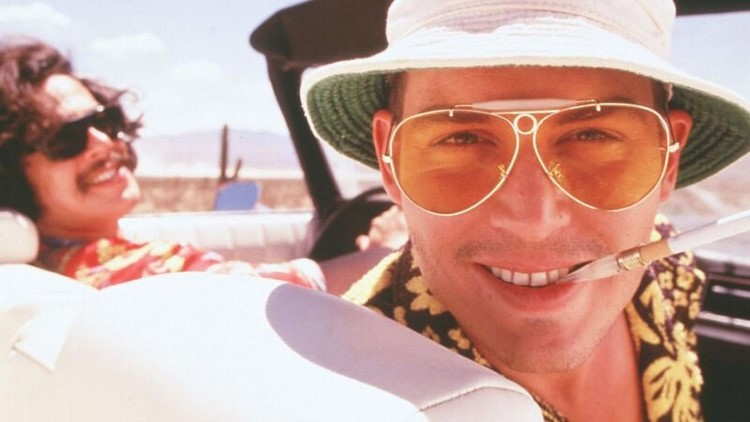 Fear and Loathing in Las Vegas, a 1998 movie starring Johnny Depp and Benicio del Toro, is a road trip movie from the genre comedy/drama in which Duke and Dr. Gonzo embark on a trip to Las Vegas in a 1971 Chevrolet Impala Convertible with a work pretext, while the real purpose is to abuse drugs. 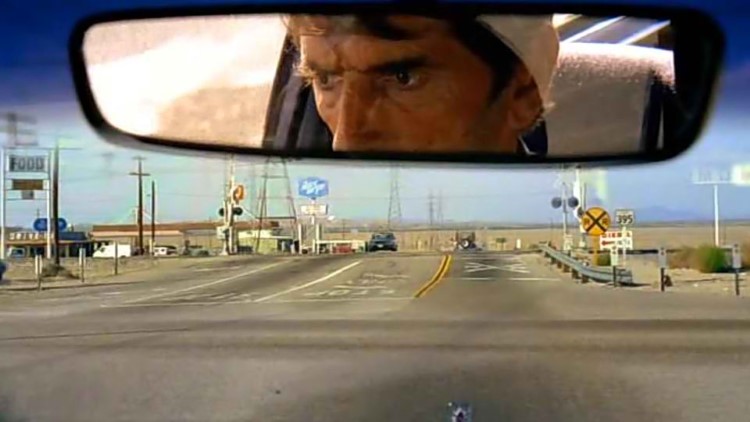 The 1984 drama Paris, Texas, starring Harry Dean Stanton and Dean Stockwell, is a road trip movie depicting the story of Travis Henderson, an amnesic drifter that embarks on a road trip in a rental car to find his wife. 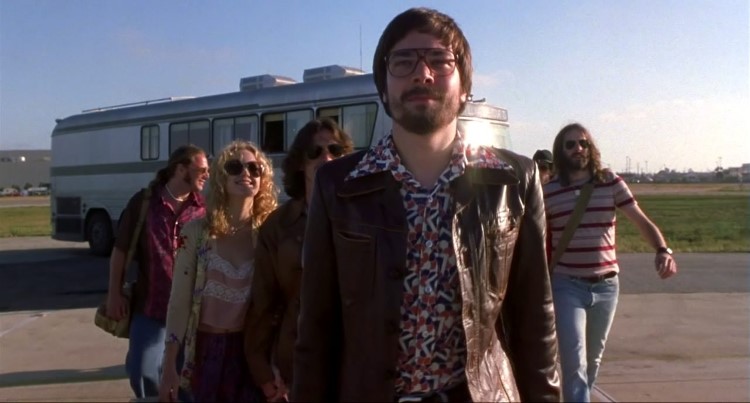 Almost Famous is a modern day road trip movie from the comedy/drama genre that tells the story of William Miller (Patrick Fugit), a 15-year-old that was hired to go on a tour with the upcoming band Stillwater and write about them. Several cars are used in this movie including a 1970 Cadillac Coupe DeVille, 1971 Cadillac Fleetwood 75, 1969 Camaro and a 1968 Pontiac Firebird.