Choosing the right vehicle for you and your family is a process that takes many factors into consideration. The right car, truck or SUV is one that’s reliable and doesn’t crush the budget you’re working with. Educated car shoppers know that there is a thin line between a car that’s great value and one that just wearing a low price tag.

A high-value vehicle will have a budget-friendly price tag, have above-average dependability and below average long-term ownership costs. Below are 30 vehicles that will offer value for the entire time you own them, without sacrificing on comfort, features or performance. 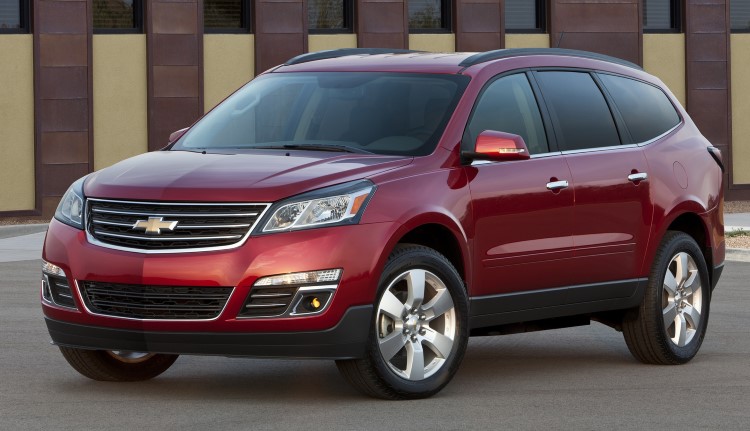 The 2016 Chevy Traverse is considered the best large SUV for its price tag. Priced from $28,700, the Traverse is easy to drive with smooth handling and offers a great deal of space for cargo and passengers. It also gets 15 mpg city / 22 mpg highway. 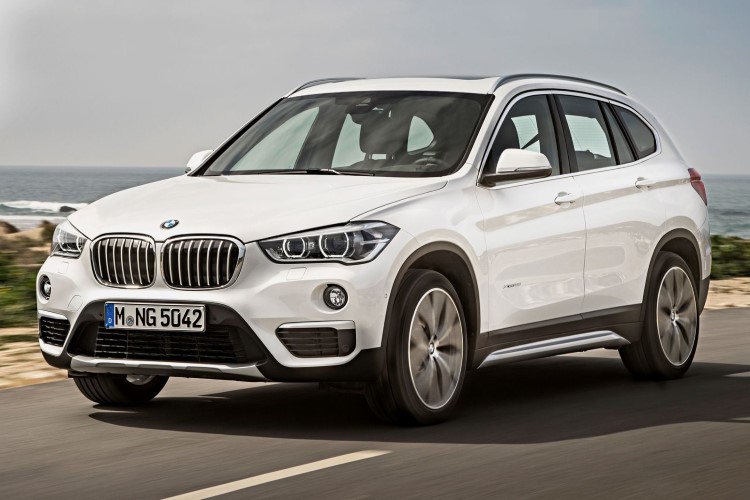 The only ‘ultimate driving machine’ on this list, the BMW X1 shines in a sporty and luxurious way with precision handling and a powerful engine . For 2016 it is considered the best subcompact SUV for the money, with an MSRP of $34,800. It also gets 22 mpg city / 31mpg highway – fuel efficiency outperforming many of its competitors. 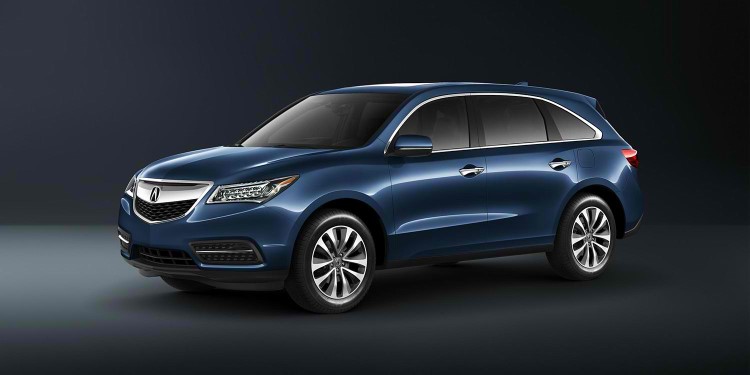 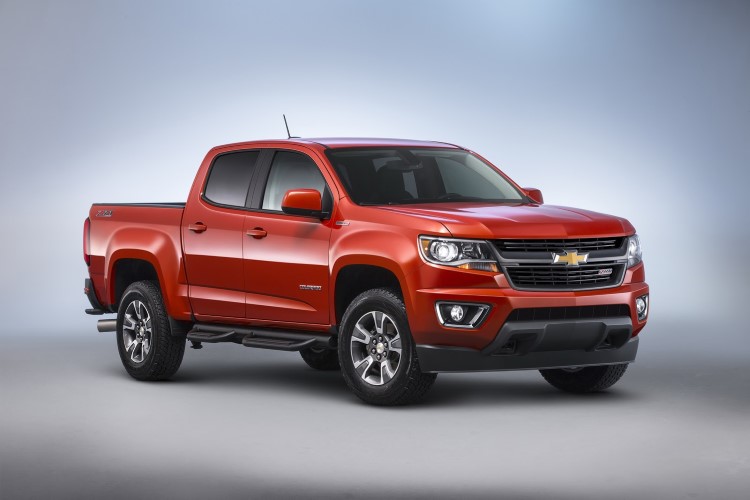 As pickup trucks become more economical and fuel efficient, they also become easier to buy. The Chevy Colorado is an example of this. The 2016 model is only $20,055 and it can get up to 31 mpg highway. It’s also capable of towing up to 7,000lbs. Its towing capacity and convenient deep bed help it stand out in its class.

The 2016 Ford Fusion Hybrid is the first but not the only hybrid on this list. With an MSRP of from $25,675 and offering nearly 40 mpg, it remains a comfortable, impressive performing car for its value. 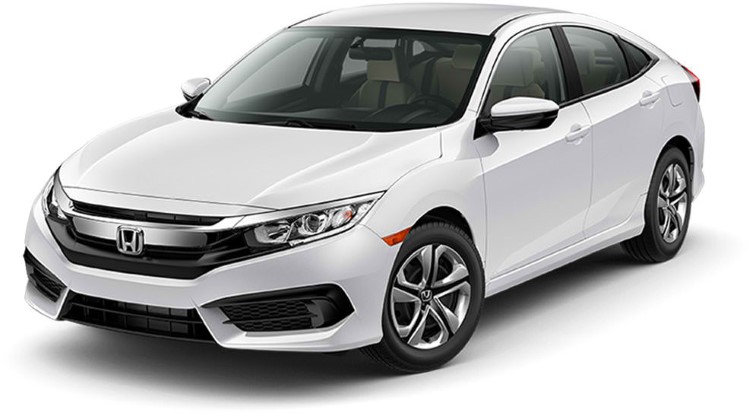 There are many Hondas on this list, as Honda is a reliable and affordable make with many models to suit nearly anybody’s driving needs. The Honda Civic has been named the 2016 best compact car for its immediate and long-term costs. Kelley Blue Book gave this car 9.6 out of ten stars and after a test drive and review of its specs, it’s easy to see why. It has horsepower, fuel efficiency and a price tag that won’t squash your budget. 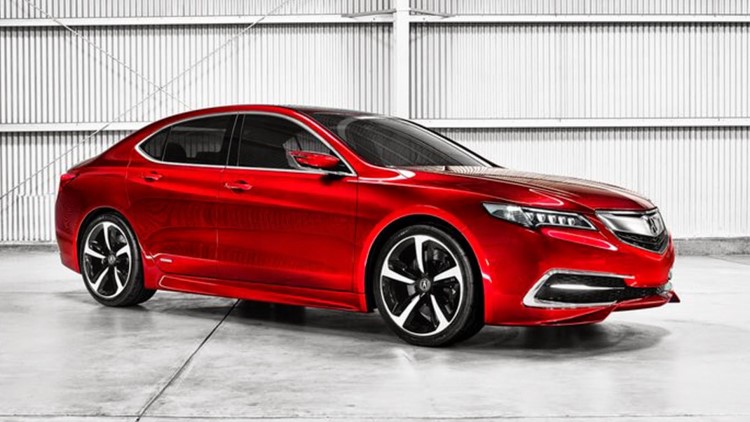 The 2016 Acura TLX (from $31,695) is a car that proves to be worth every dollar. Standard features include smartphone app integration, dual-screen infotainment system, a proximity key, a rearview camera and an eight-speed transmission. 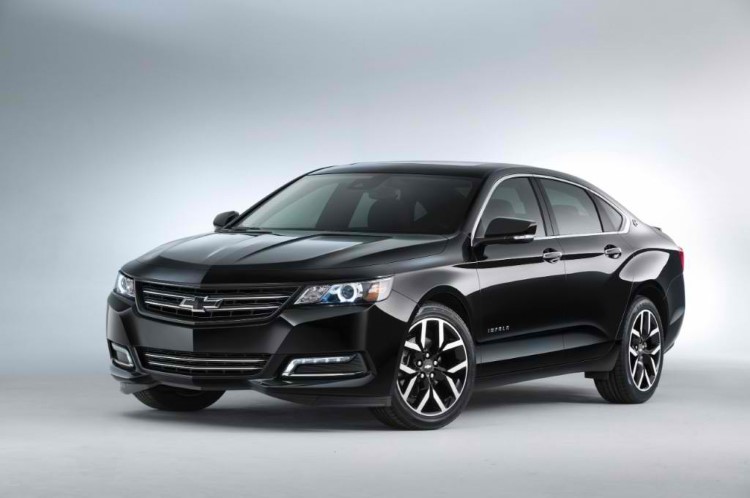 The 2016 Impala is a full-sized car capable of meeting any driver’s needs. Reissued with a sharp new trim, the interior doesn’t lack impressiveness either. Priced from $27,095, the Impala is considered one of the best large cars for the money. 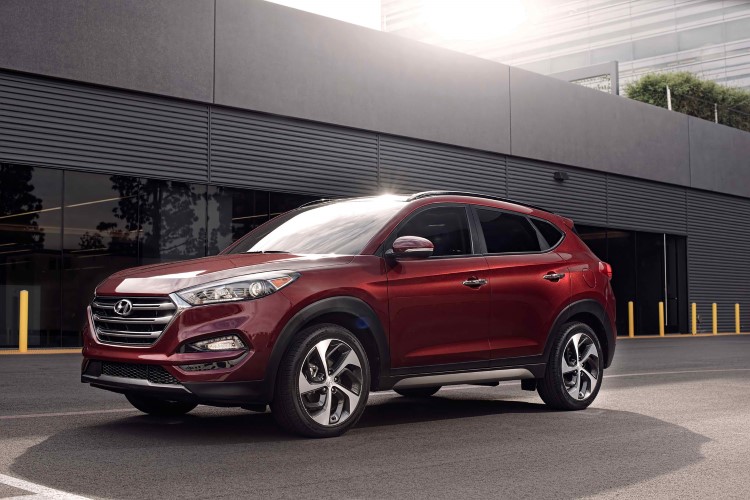 The Tucson is a dependable compact SUV with superb fuel economy and low long-term costs. Though Hyundai may be seen as a budget brand, this spacious, sleek SUV lacks nothing SUVs with a much higher sticker price offer. Motor Trend rated this model 4/5 stars. 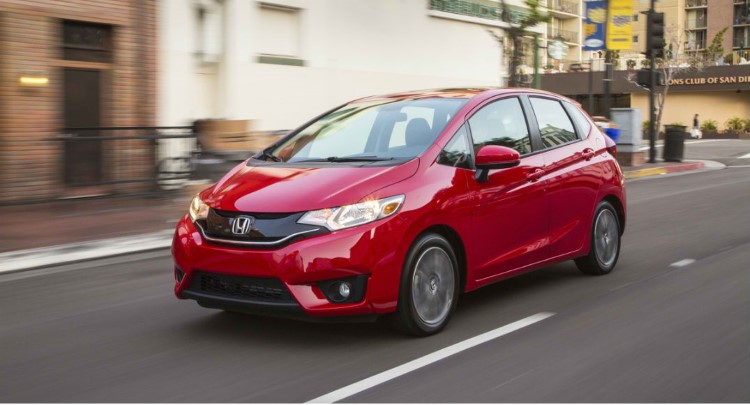 The Honda Fit remains a subcompact car that can be bought for just under $16k. It performs well with 130 hp, and despite being a subcompact, it’s highly reliable, gets more than 40 mpg and has a surprising spacious back seat and flexible cargo options. It is one of the least expensive cars on this list, but that is certainly not because it lacks good handling or innovative design and engineering. 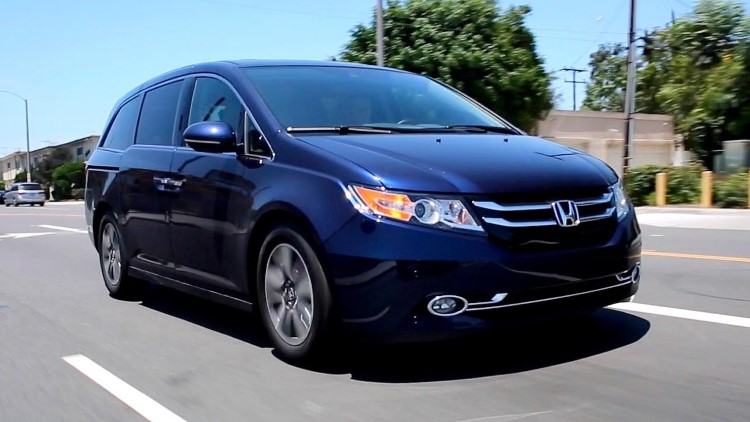 The 2016 Odyssey is possibly the best minivan available for its price and long-term costs. Priced from $29,550, the Odyssey can tow up to 3500 lbs. and has many help and fun standard features such as a built-in vacuum, large entertainment system and a 248-horsepower engine. If you’re in need of a new minivan, the Odyssey’s value is apparent from the first glance. 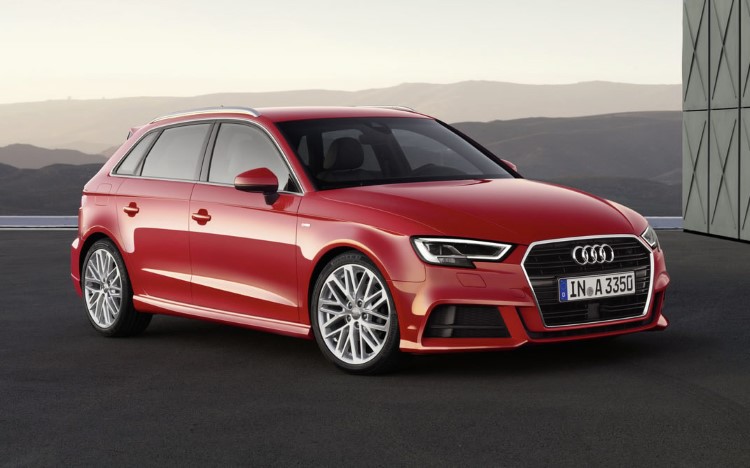 For an upscale small car, the Audi A3 is great value. It has an impressive powertrain and intuitive handling and can be purchased in sedan or convertible models. Its long-term costs are minimal and for a small, luxurious import, the price is right. 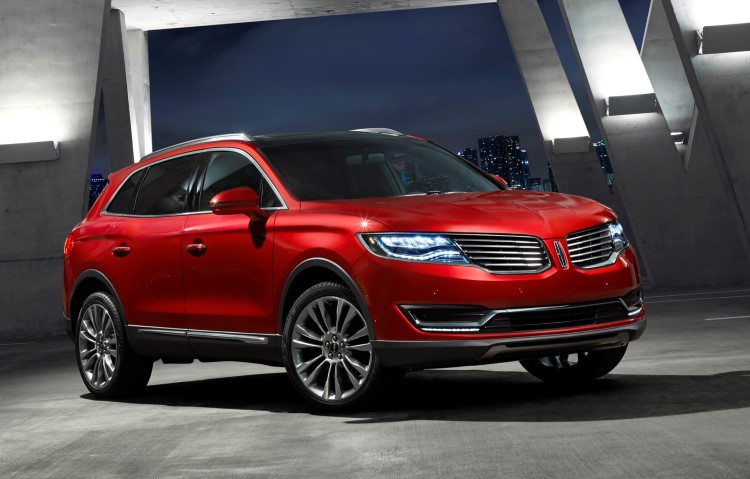 If you’re looking for a luxury, two-row SUV, the Lincoln MKX is the answer. It’s a quiet drive with a sleek interior and formidable towing capacity. It can get up to 26 mpg highway and its long-term maintenance costs are among the lowest of any SUV in its class. 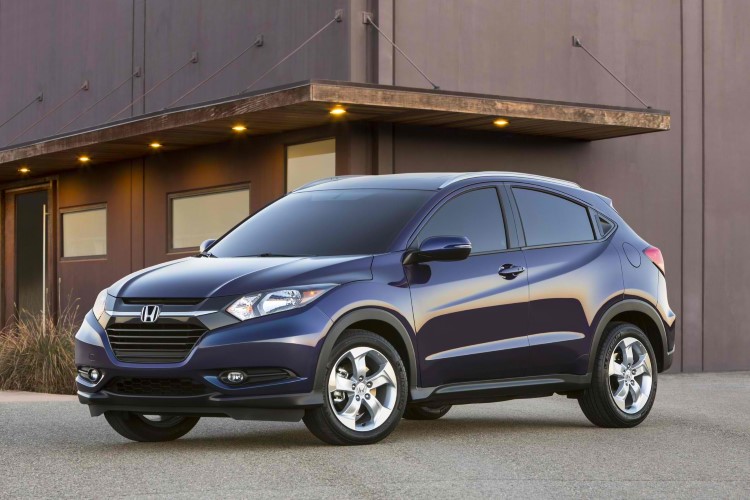 The 2016 Honda HR-V can be purchased for just under $20k. It’s a practical subcompact SUV with up to 35 mpg on the highway and loads of cargo space. It’s a comfortable and reliable ride that Kelley Blue Book has given 9.5/10 stars.

If you prefer Dodge to Ford or Chevy, the 2016 Ram 1500 is the truck for you. With its MSRP at $26,145 and a towing capacity of up to 8,370 lbs, it is one of the best full-sized trucks on the market for its value, long term investment, and initial cost. It comes standard with a turbo-diesel engine and can get nearly 30 mpg highway, meeting every driver’s needs. 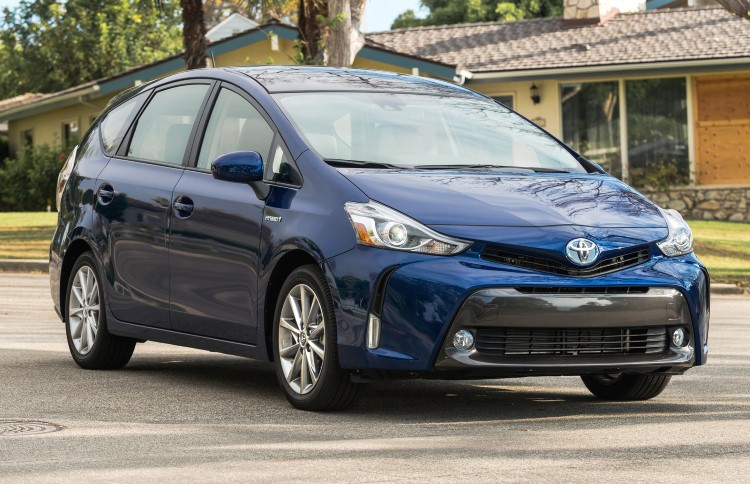 The Prius v is offered in three configurations. The base Prius v Two is by far the best wagon on the market for its value and price. At $26,675, it can reach 39 mpg on the highway and has a ton of cargo space. As a Toyota it also has long-term value retention for the day the kids have outgrown the wagon, or move out. It’s on this list too because its price is low, not just for a hybrid, but also among gas-only competitors like the Subaru Crosstrek or Forester. 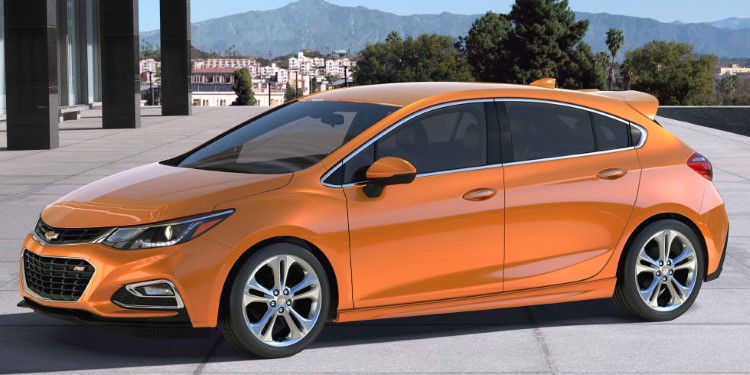 2017 is going to be the first year that Chevy offers the Cruze in a four-door hatchback model. The base 2016 Chevy Cruze L, starting at $16,620, is equipped with a USB port, Bluetooth, and Apple CarPlay, a rearview camera, and a 7-inch touch-screen infotainment system, remarkable value for its price. 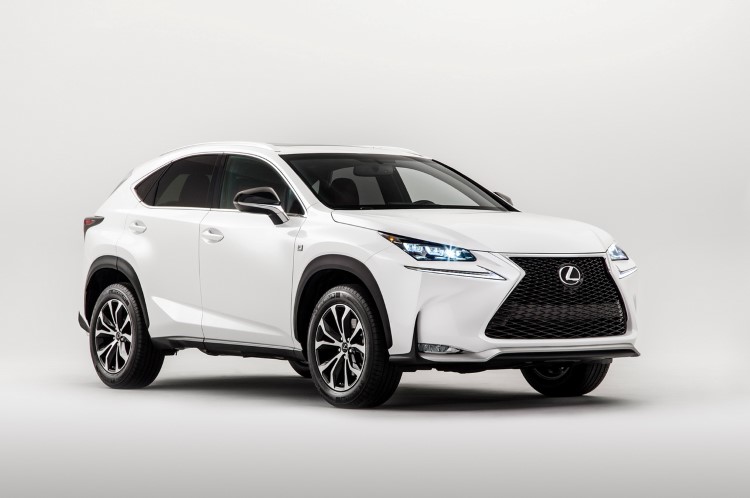 Costing about $35k and getting over 30 mpg, the Lexus NX is a formidable luxury compact SUV. It comes with luxurious features as standard and has a powerful engine, producing up to 235 horsepower. If you’re considering a luxury and compact SUV, this one should be on your list to test drive. 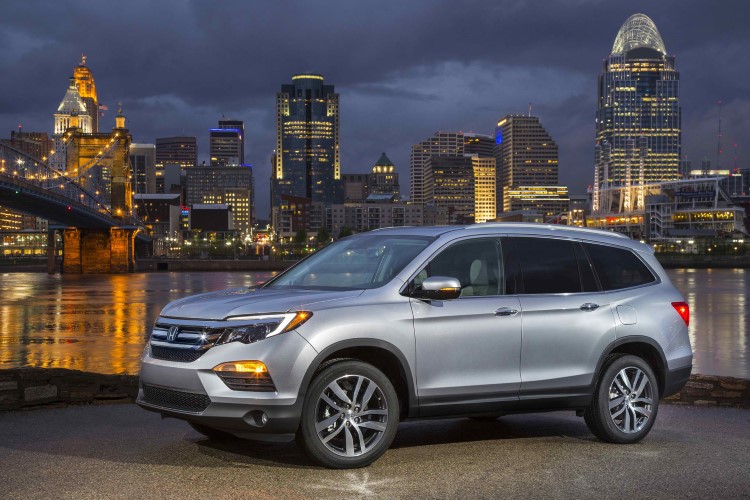 Kelley Blue Book gave the recently redesigned 2016 Honda Pilot a 9.6/10 rating, and it’s easy to see why. Honda is a brand that retains long-term value and stands on its reputation for reliability. The Pilot can seat up to 8, tow up to 5000 lbs. and achieve up to 27 mpg highway. It’s also tech- and family-friendly.

A popular two-row SUV, the Nissan Murano has a high-end cabin, responsive handling, and a price tag just under $30k. Like the Pilot, it has been recently redesigned and was rated 8.8/10 by US News’ Best Cars team. It has comfortable seating, plenty of space and ample power. For anybody seeking a mid-sized SUV, the Murano is a top pick for many. 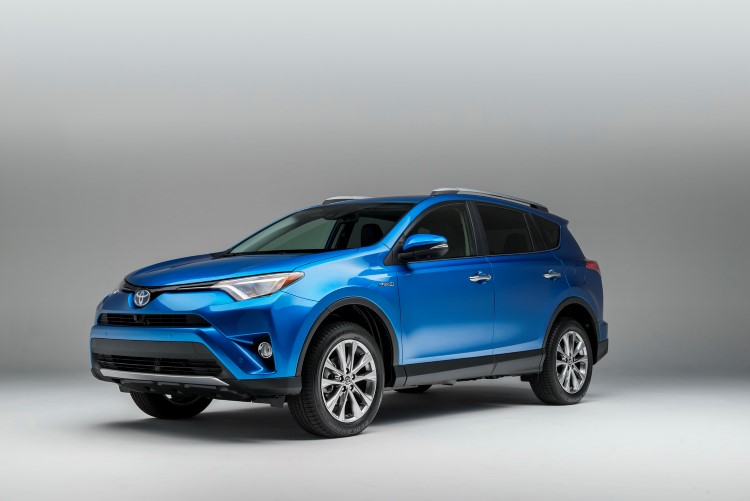 Another Toyota on this list and the 2016 Toyota RAV4 Hybrid might just be the best hybrid SUV for your money. It can reach 34 mpg in the city, which will help any driver keep ownership costs low. It also has a roomy interior for friends and family. 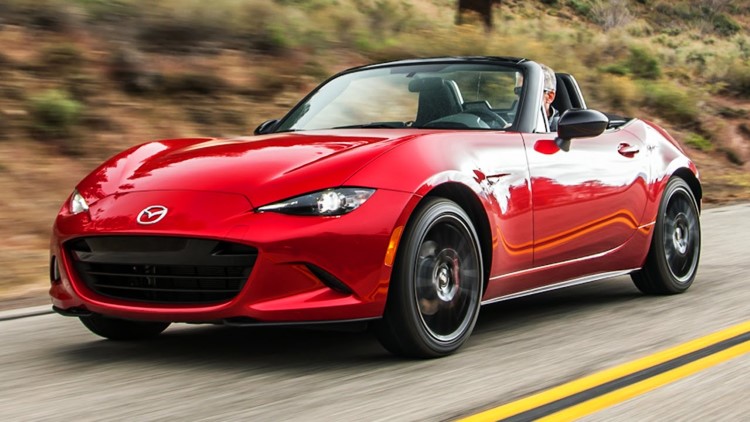 The Mazda MX-5 is the best sports car on this list. For what it costs ($24,915) the MX-5 is an affordable sports car for the thrill-seeking driver on a budget. It can get up to 36 mpg highway and is available in automatic and manual transmission configurations. 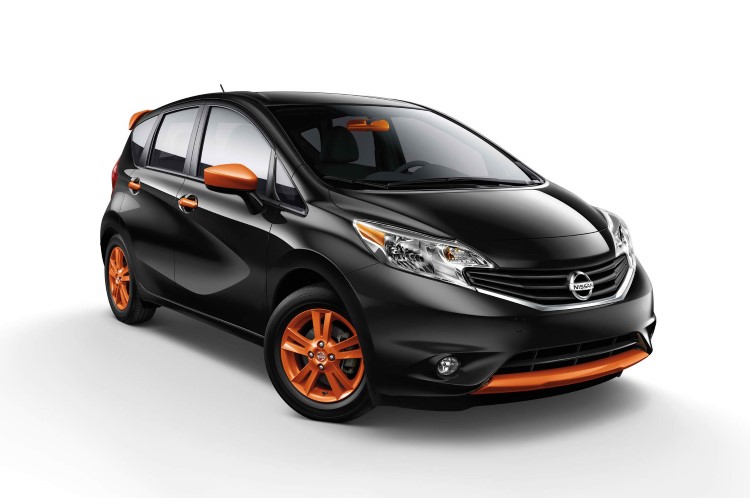 It may not be the most luxurious vehicle on this list however, the 2017 Nissan Versa is full of value, ideal for the urban-dwelling driver not looking to deplete their piggy bank. The base model is priced at $14,230 and it’s capable of achieving 40 mpg and 109 hp. It’s also worth noting that though it’s a subcompact hatchback, it has sufficient cargo space for most people’s needs and seating for up to five passengers. 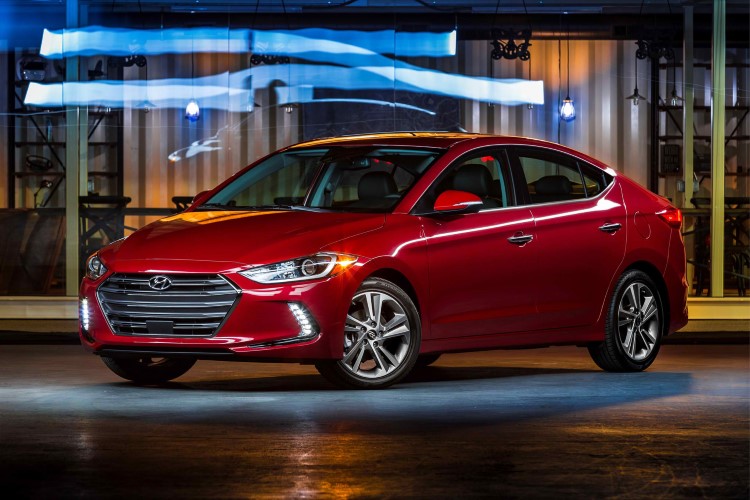 Hyundai has made a name for itself as an automaker producing reliable and affordable vehicles. The 2017 Accent is an example of this. A new value edition comes with Bluetooth capability, a sliding center armrest and storage box, rear disc brakes and 16-inch alloy wheels. Such features were available last year only as part of two option packages. It’s available in a sedan or hatchback, six-speed manual or automatic transmission.

The Chevy Spark is one of the least expensive cars on the market. The 2016 and 2017 designs are less econo-boxy and now utilize a CVT transmission, giving it more horsepower and efficiency. It’s not the most spacious vehicle on this list but it has Chevy and GM’s parts and support backing it, and it has been reviewed as an affordable and reliable option for car shoppers seeking value on a budget. 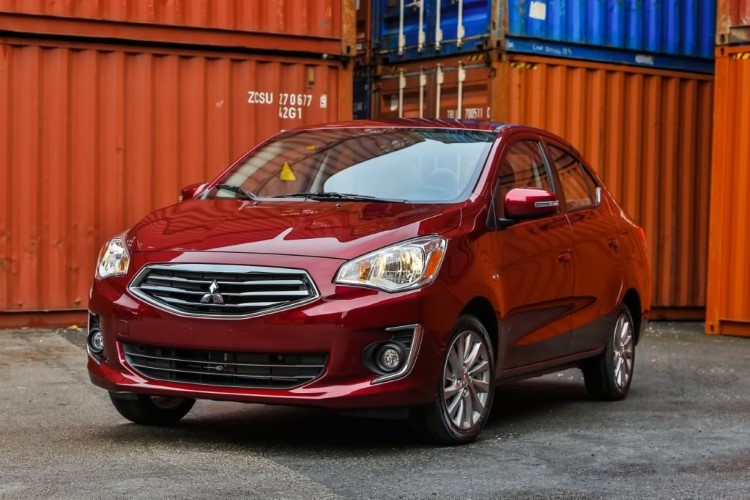 The 2017 Mirage, with an MSRP of $12,995, skipped a 2016 model year and is releasing the 2017 model with a new design. The mirage offers 9.5/10 star value at a super affordable price. If you’re in the market for a small but exceptionally fuel efficient hatchback, consider taking a test drive at your closest Mitsubishi dealership.

The 2017 Toyota Yaris sports the value of a Toyota and a price tag that doesn’t exceed $16k. It is regarded by some as the most mature, well-equipped new car in its class that can be bought for such an affordable MSRP. The newest Yaris is a combination of Toyota’s reliability and value retention based reputation and warranty and Mazda’s responsive handling, sturdy transmission and stylish interior. 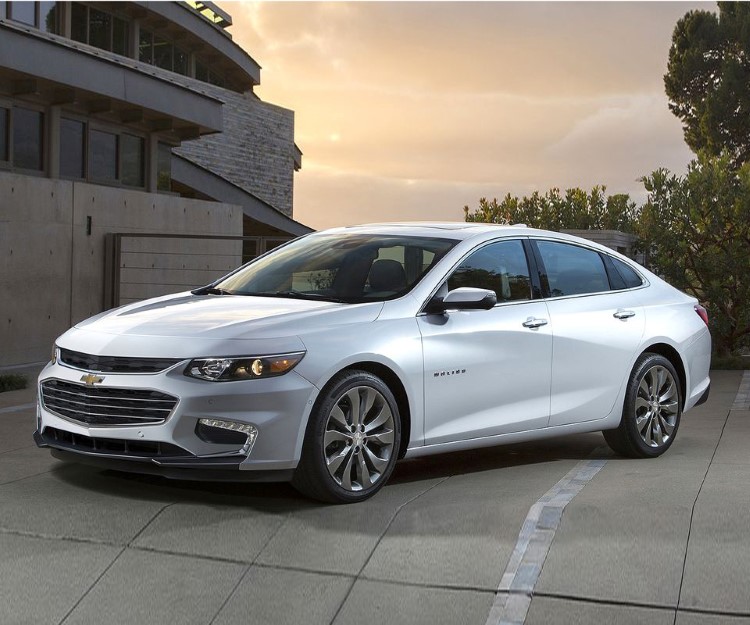 Kelley Blue Book has given the Malibu a 9.4/10 rating. It’s easy to understand why. A step above the Cruze in quality and performance, it has style with its sharp trim and up to 250 horsepower, leaving other family-targeted sedans in its dust. The interior has more rear legroom than previous models and it can come in a turbo and hybrid configuration. At $21,680, it’s an attractive option to help a car buyer considering this type of sedan get the biggest bang for their buck. 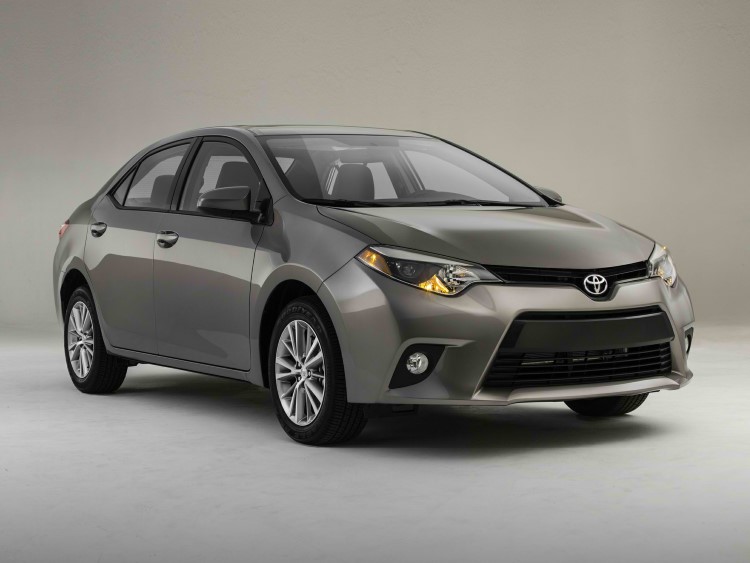 The 2016 Toyota Corolla, priced starting at $17,300 is feature-full and wallet-friendly. It comes with Bluetooth, navigation and an infotainment system. It also has driving tech advantages like automatic high beams, adaptive cruise control, lane-keeping assist and automated emergency braking. Its value is in its fuel economy too = it’s one of the best on this list reaching up to 42 mpg highway. 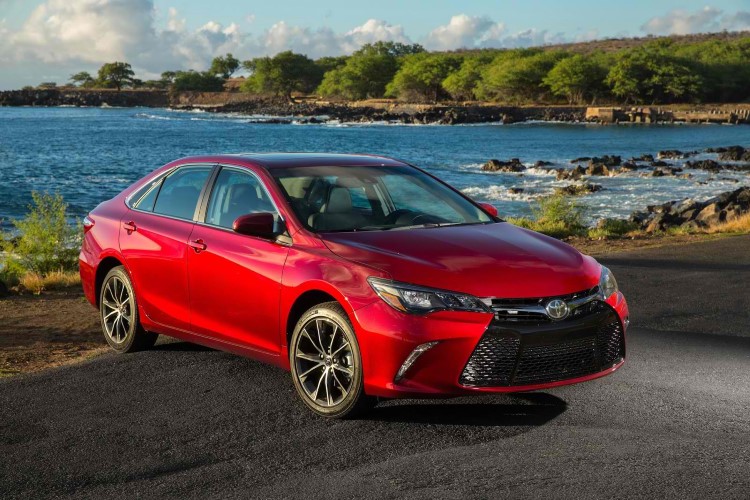 The 2016 Toyota Camry has proven its value by ranking at the top, and often number one, on many automotive ratings lists. It ranked 1 out of 19 in midsize cars available on the market. It’s also one of the safest cars on the road, achieving five stars in the overall NHTSA safety rating, the highest rating possible. It’s fuel efficient with 5+ configurations possible and can reach up to 268 horsepower – not too shabby for the perfect everyday car. If quality, safety and ratings haven’t made the Camry irresistible, consider the price: $23,070. And with low long-term costs and the likelihood of maintaining a high resale value, the Camry is an easy-in for one of the best value cars currently available.