The 33 best cars from Gone in Sixty Seconds

Gone in Sixty Seconds is an iconic movie for automotive enthusiasts that starred Nicholas Cage as a retired car thief. He is called, unwillingly, out of retirement to save the life of his little brother. How does he save his little brother’s life? He has to steal cool cars, obviously! He has a list of 50 cars that he has to steal, and this list is packed with some of the hottest and most expensive vehicles that have ever been produced.

Below are the top 33 cars from the movie, and every single one of them is an example of automotive excellence. 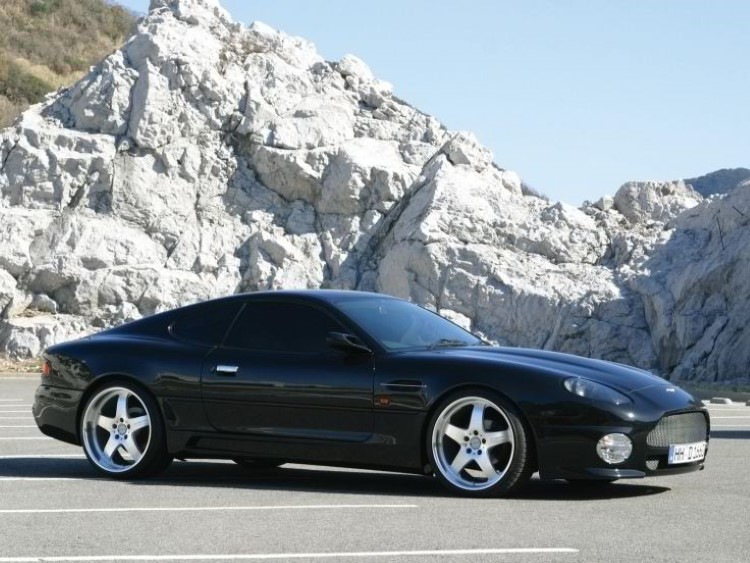 The Aston Martin DB7 sports a 6-cylinder supercharged engine that is housed in one of the most beautiful bodies to come off an automobile assembly line ever. It was no surprise that this car was on the list and they gave her a proper name to match the elegant and luxurious style that the Aston Martin DB7 exudes. 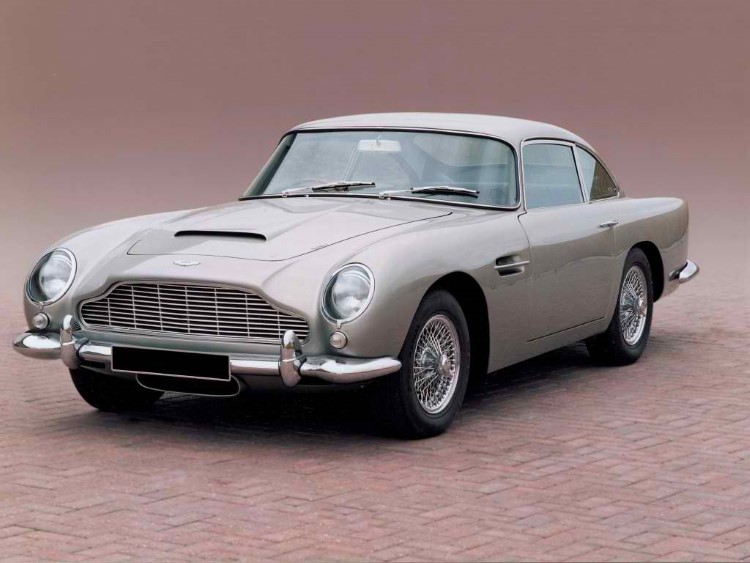 A very rare vehicle to find, the DB1 was not produced in large numbers. The company opted to go with the DB4 as their main sales machine in the late part of 1961, so it is very rare indeed. Barbara, as the Aston martin DB1 was named, is a true beauty that is both rare and exquisite to behold. 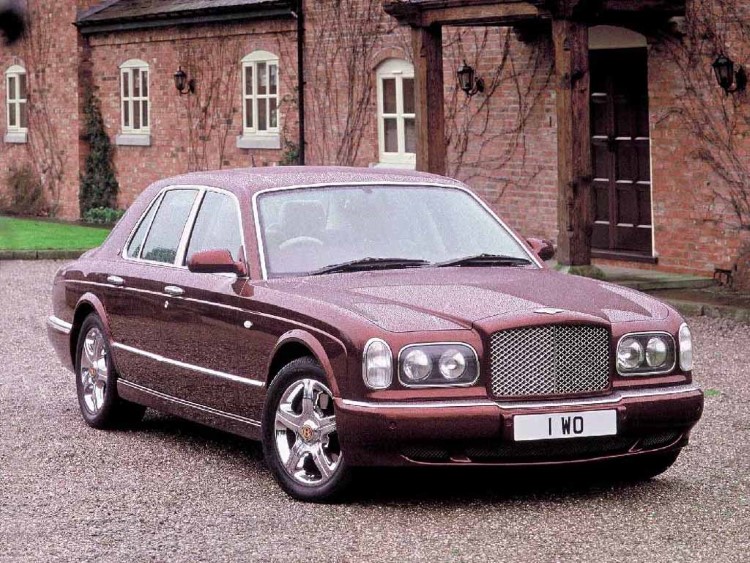 Laura is a sexy vehicle, and one that anyone would be proud to own. Bentley is the first name people think of when they think of automotive style and class. This car is no exception. The Azure is one of the most premier cars in the world and is definitely going to be on any car thief’s wish list. 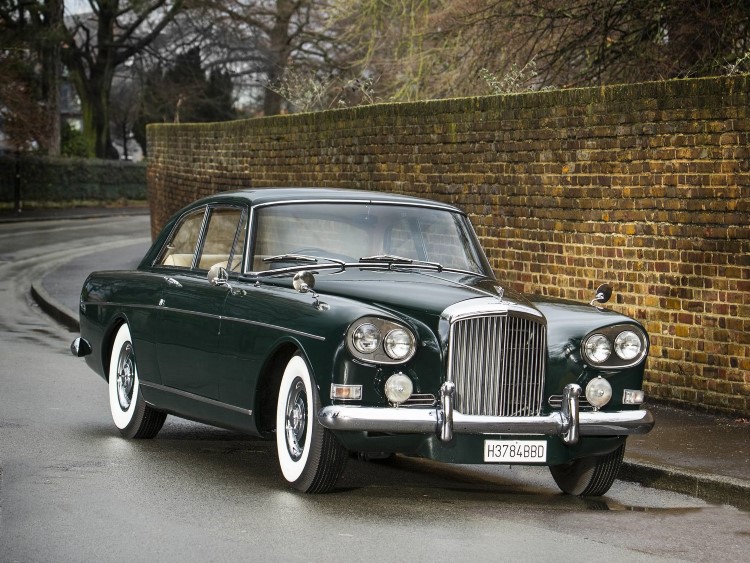 Alma, another Bentley, though a bit older, is an elegant machine that has been coveted for 50 years by collectors of fine automobiles everywhere. With a V8 engine and power steering, it was considered the premier car for the rich and famous – and still is to this day. 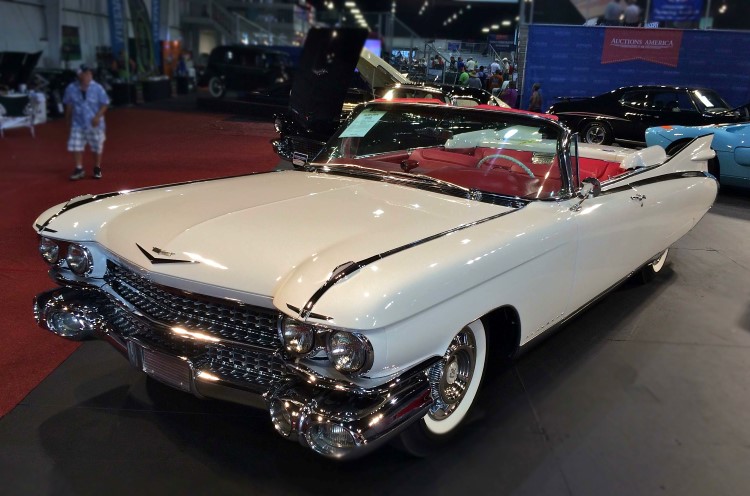 Madeline is a sleek and sexy 1959 Cadillac El Dorado. 1959 was the very first year that the El Dorado was made and the beginning of a 50-year run for Cadillac’s most popular model. A land yacht in style, it featured the rear fins that made it look like a pair of fish coming down the road. 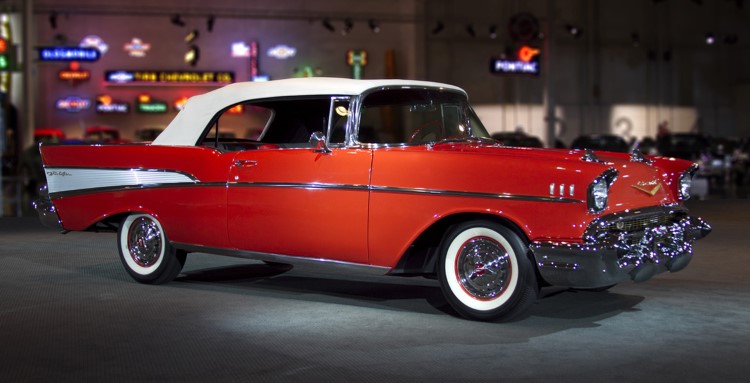 Stefanie is a ‘57 Chevy Bel Air – one of the most iconic cars in American automaker history. It was one of the first ever cars to use fuel injection, which earned it the nickname of ‘Fuelie’ since most models still had carburetors. The 1957 Chevrolet Bel Air Convertible is an American classic. 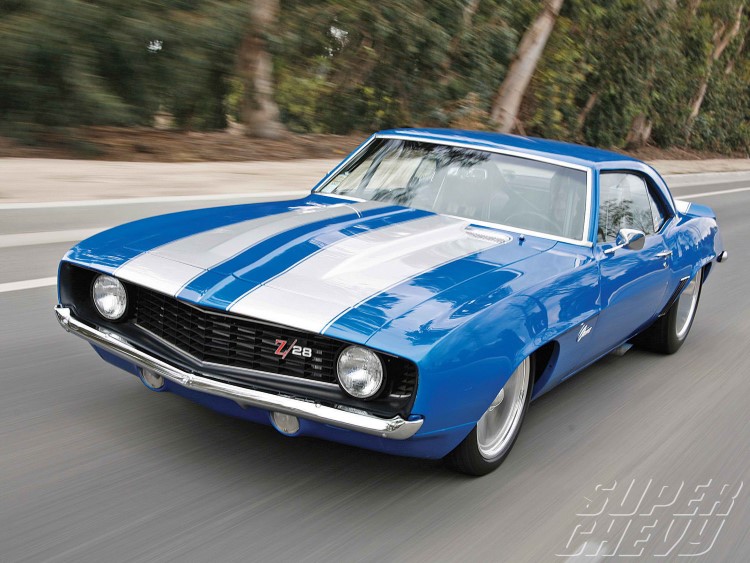 Erin is a beauty – a 1969 Chevy Camaro. An iconic American muscle car that has been the symbol of speed for generations. The list of cars that had to be stolen just would not have been complete without this classic beast being included.

Pamela is a sexy vehicle in her own right. The 1953 Corvette was pure muscle and speed. This was the first year ever for the Corvette, making it an automobile that was in high demand, especially for those who steal cars for a living. 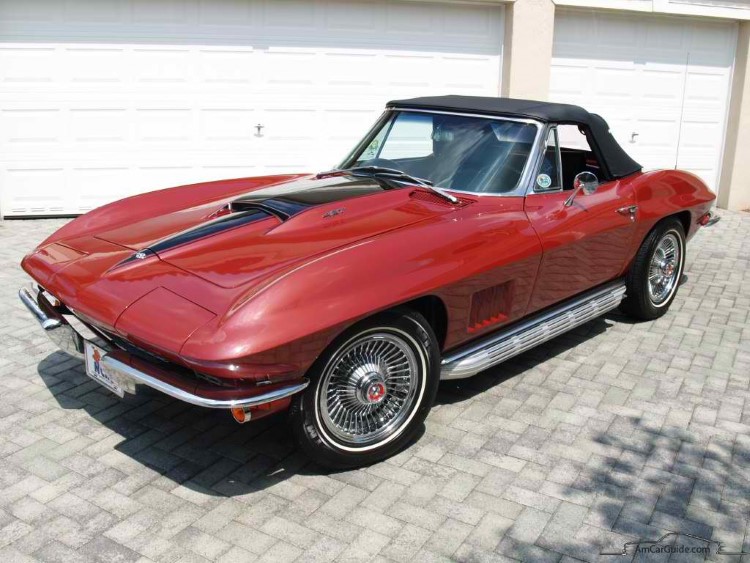 Stacey is another Corvette. While she may not be a first-year Vette, she is a Stingray. The Stingray body style has become synonymous with the name Corvette. The sleek, flowing lines and the performance that Corvettes are known for make this one of the most popular muscle cars ever to strut its way onto a drag strip. 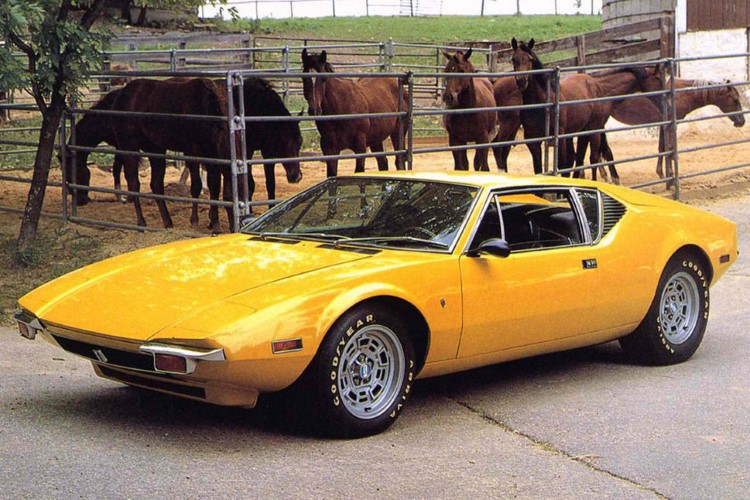 Kate is a 1971 DeTomaso Pantera. These were not very popular cars in America, which has made them highly desired and highly priced as collector’s items. 1971 was the first year for the tiny Italian automaker, who made 7,000 of these cars in the 20 years they were in production.

Vanessa, a 1969 Dodge Charger, is built for speed and modeled after the newly popular NASCAR racing series vehicles that were flying around tracks. This car became an instant classic, and it has been featured in countless television series and movies. 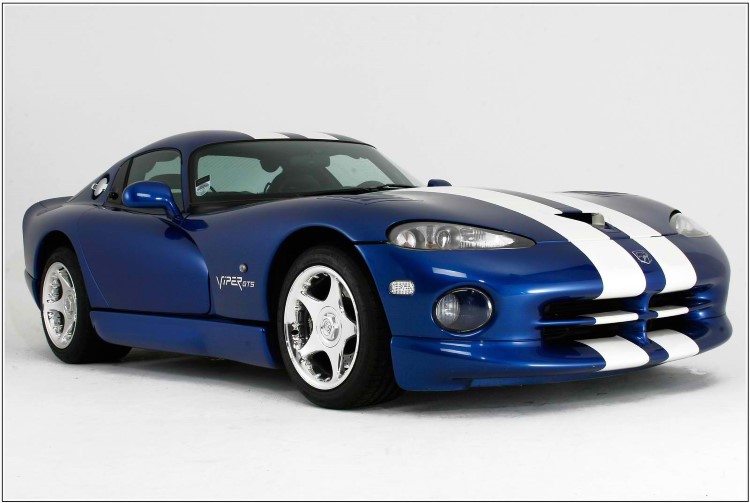 Denise is a 1998 Dodge Viper Coupe GTS. With a newly designed body style that was all curves and flowing lines, the Dodge Viper helped to shape the future of car designs. The powerful, yet economical and fuel efficient engines that Dodge put in these little beasts made them a popular choice. 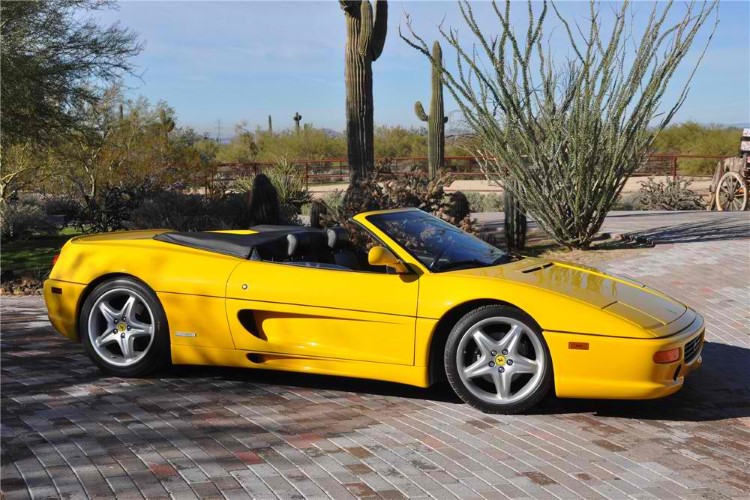 Iris is a 1997 Ferrari 355 F1. Speed, power and the symbol of what a sports car should look like is what this model of Ferrari has to offer. It is one of the finest models that the Italian carmaker ever produced. 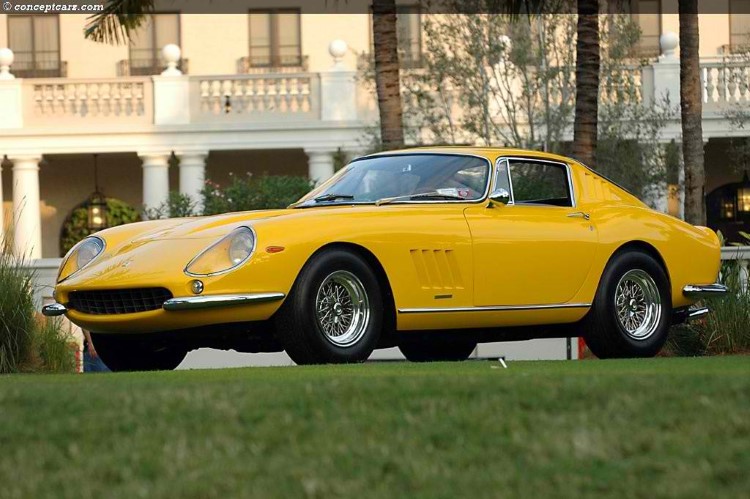 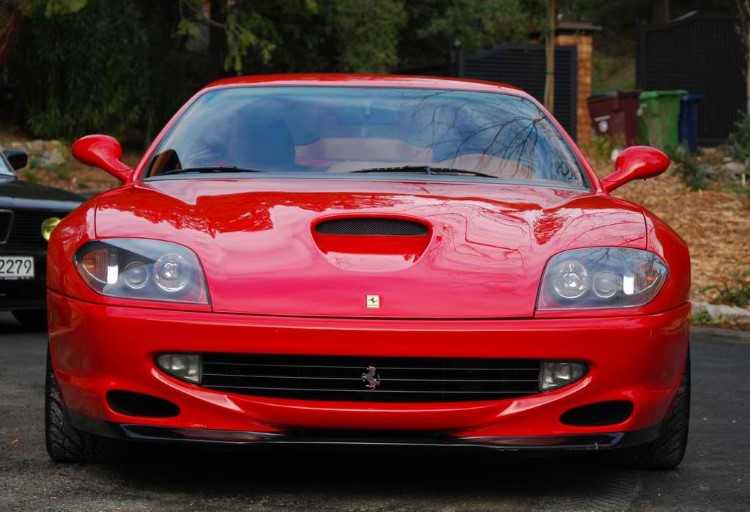 Keeping with the Italian theme, there is yet another Ferrari, this one named Angelina – and Angelina is one hot beauty. A 1999 Ferrari 550 Maranello, this car would be in high demand with car thieves simply because there were only a little over 3,000 made in the entire world. 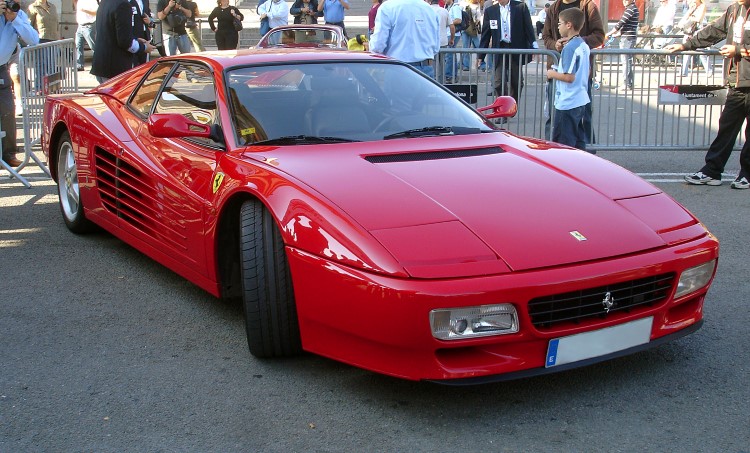 Rose is a fitting name for the 1987 Ferrari Testarossa since it was offered in red paint only. This Ferrari turned it around for the then-struggling Italian automaker, and the car that introduced Ferrari as a household name in America. 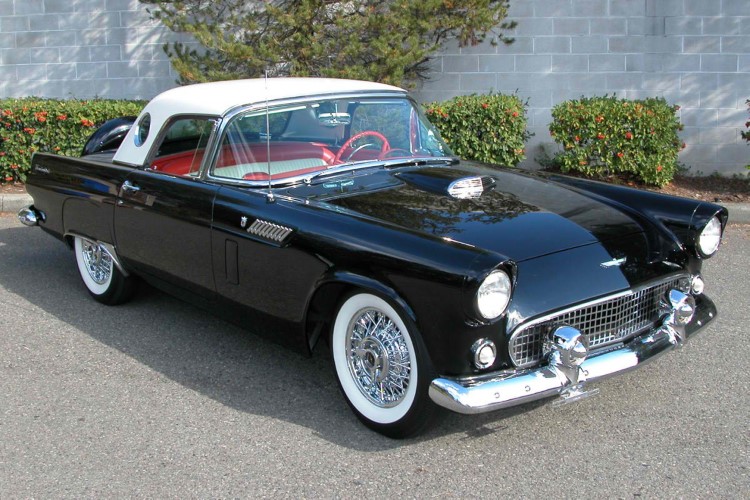 Susan, a 1956 Ford T-bird, was the iconic vehicle of the 1950s. When you think of a T-bird, you think of leather jackets, slicked-back hair, and John Travolta singing Greased Lightning. Well, in this movie, they just steal it – there’s no dance number involved. 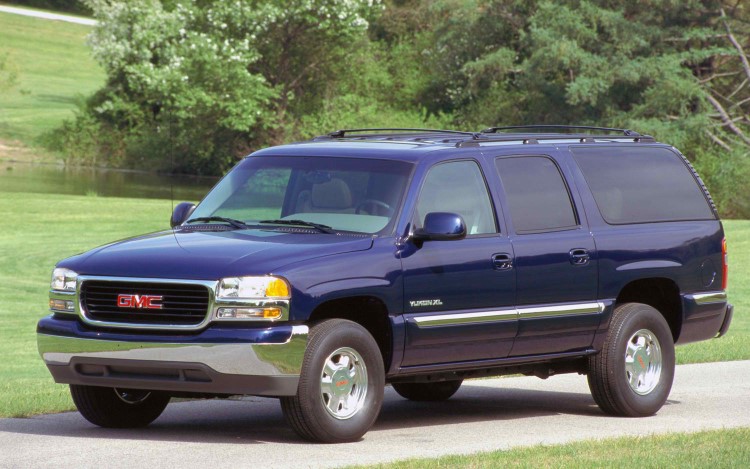 Megan is a 2000 GMC Yukon, which doesn’t exactly fit with the level of performance or luxury of the rest of the vehicles on this list, but for GMC, this was an excellent vehicle with a strong drivetrain and a lot of space and comfort. 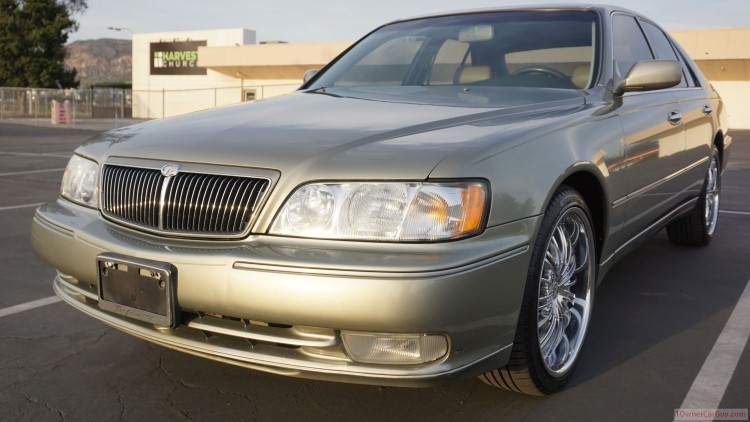 The 1999 Infiniti Q45 is a luxurious, mid-priced car that offered a distinct style and a high level of sophistication to its occupants. With a 4.1-liter engine that puts out 266 horsepower and 278 lb.-ft. of torque, Rachel is a luxurious car with a high performance rating. 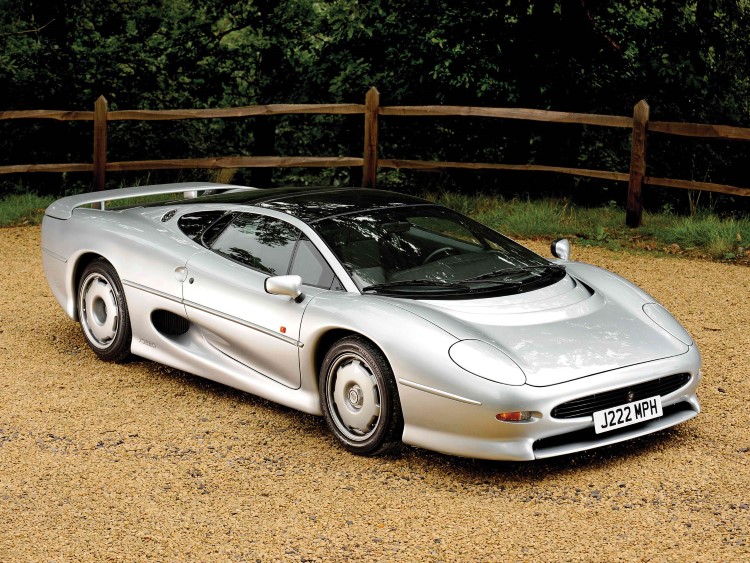 Bernadine is a two-seater supercar! The ‘94 jaguar has a top speed of 217 mph and it has been in the Guinness Book of World Records. The sleek design screams speed and performance, making it a top choice for luxury car enthusiasts and car thieves alike. 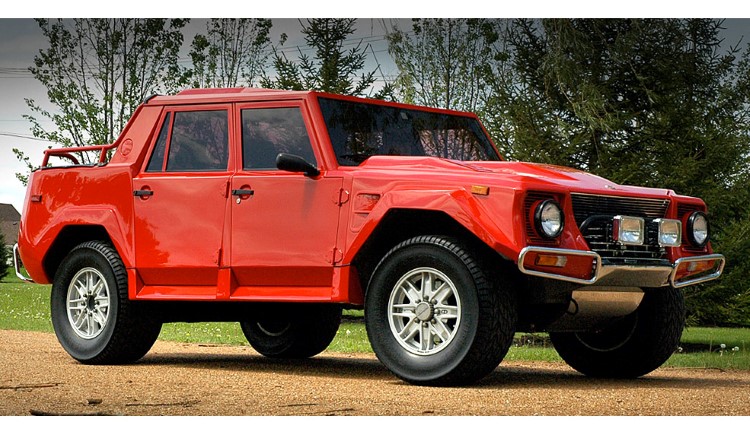 Gina is not your typical Lamborghini, being an SUV and not a speed demon, but she is a Lamborghini nonetheless. Only 48 were made as American Editions in 1990, making this a rare ‘steal’ of a high performance vehicle from a well-respected name in automobiles. 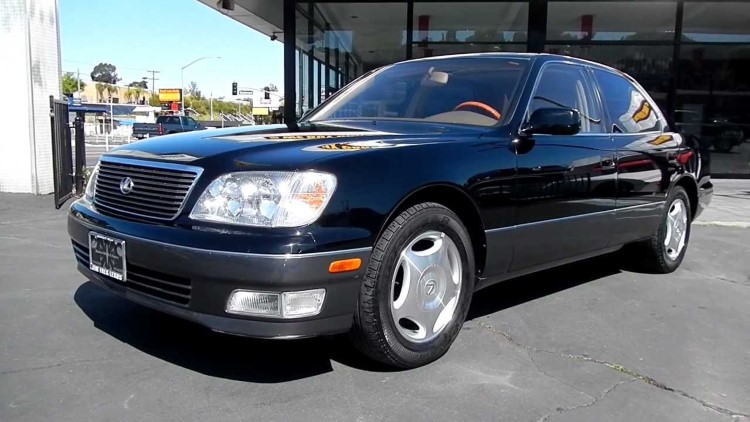 Hillary, a 1999 Lexus LS 400, features a 4.0-liter V8 engine with a 5-speed automatic transmission. This car is one of Lexus’ models that are more luxurious and one that you would definitely expect to find on the list of an auto thief, as well as the wish list of a well-to-do auto enthusiast who wanted style and quality. 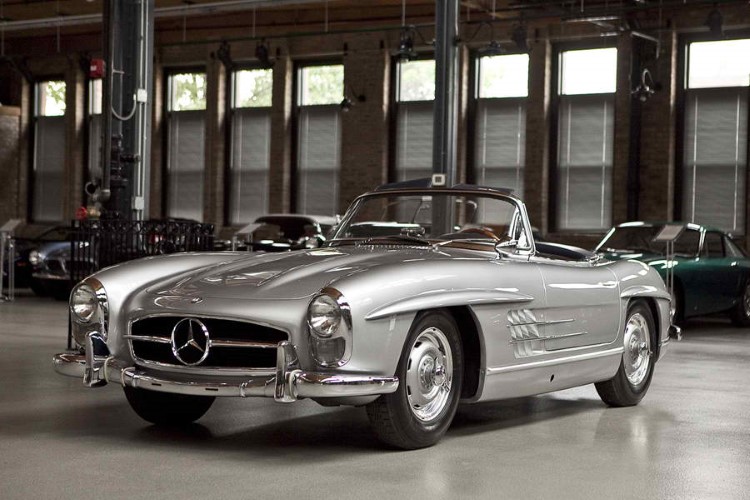 Only 1,400 Gullwings were ever made, making Dorothy a very rare and special girl, which would make her a vehicle that was in very high demand and a prime target for the auto thieves who have a list to fill. 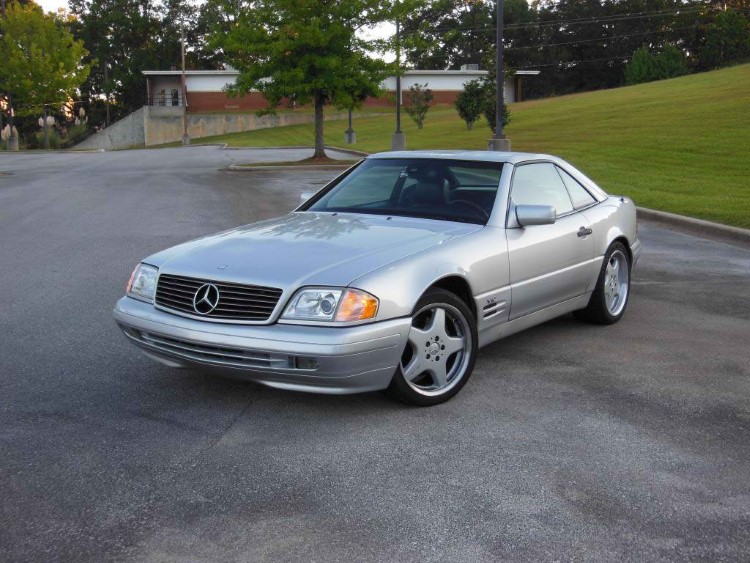 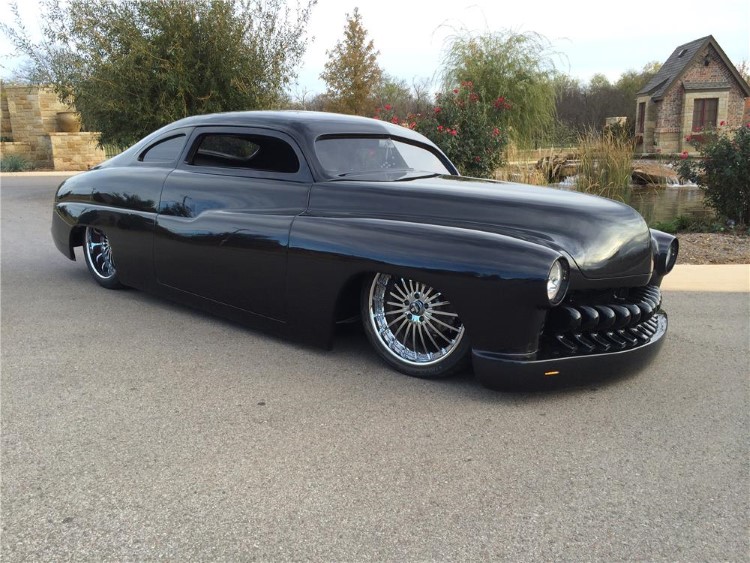 Gabriela is probably one of the toughest looking cars ever made. With low-profile windows and a body that seems to lean forward like it is looking to just go faster, it became a popular choice for mobsters and gangsters of that era. It is no wonder it made the thieves’ list in the movie.

Shannon is a special car. The 1971 Plymouth Barracuda was the last year that Dodge put the 426 Hemi into its vehicles. The next year, they opted to go to the high-performance Dodge 440, which is a nice engine too, but this ‘Cuda is a special car that is highly sought by enthusiasts and car thieves alike. 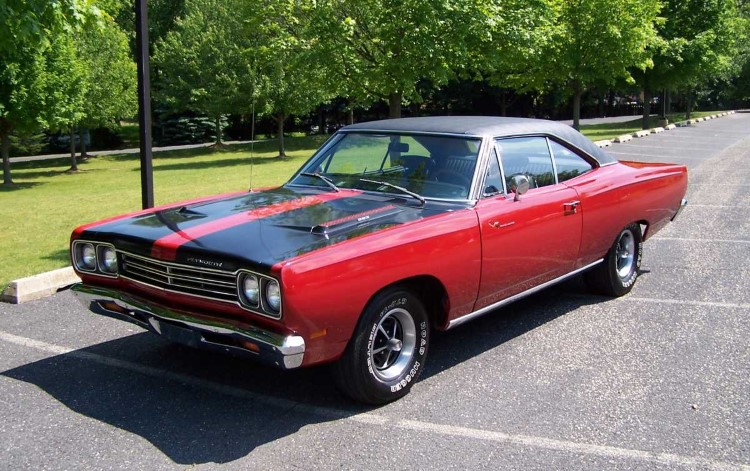 Jessica, the ‘69 Plymouth Road Runner, is another iconic car that made the thieves’ list in the movie. A pure muscle machine that was made to go fast and look good, it still is one of the more popular classic muscle cars you will find. 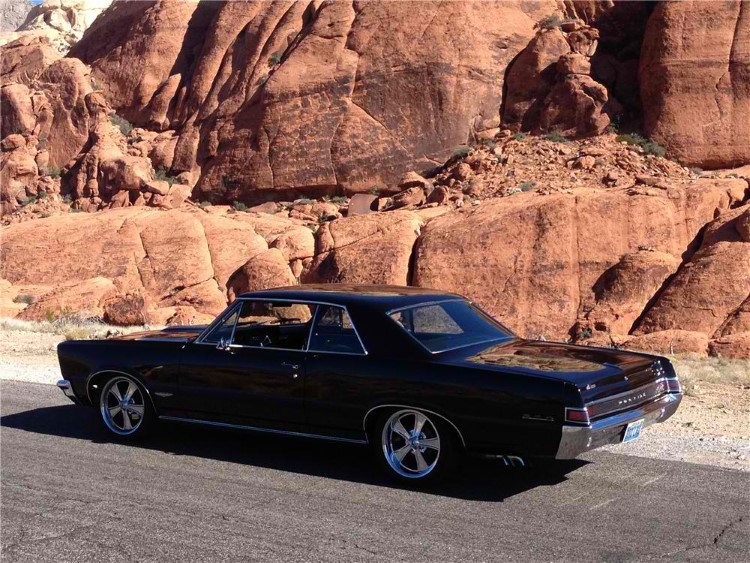 Sharon is a 1965 Pontiac GTO, another of America’s great automobiles. In an era when muscle cars were all that seemed to come off the assembly lines, the GTO stood out from the rest, and still does to this day as one of the best cars ever made in America. 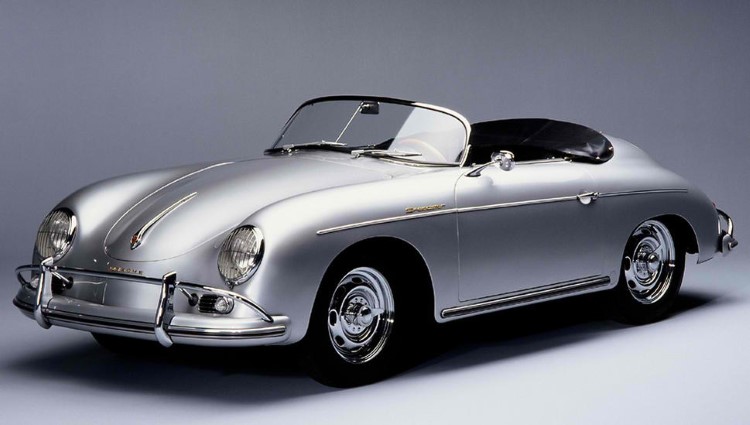 The list wouldn’t be complete without a Porsche on it, and sure enough, here is Natalie. A gorgeous 1961 Porsche 356B Speedster. The style and power of Porsche makes it a hot target for car thieves and a wonderful dream for auto lovers everywhere. 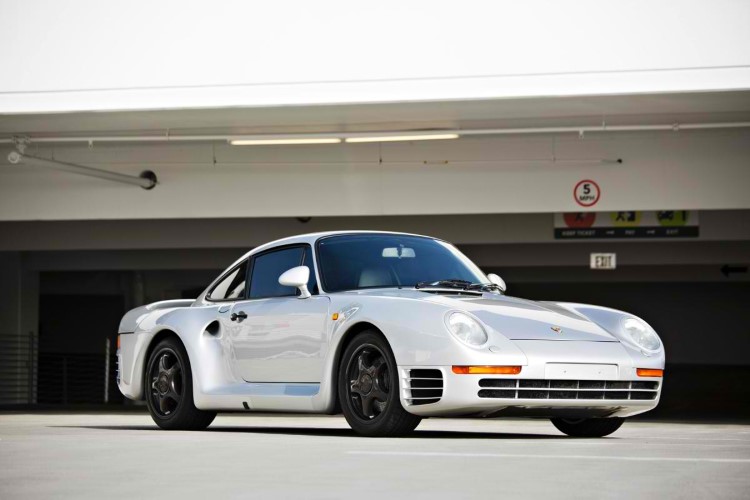 The 1988 Porsche follows right behind her older sister. Her name is Virginia, and Virginia is an ‘88 959. One of Porsche’s most popular models, this car has always been the target of car thieves everywhere in the world. 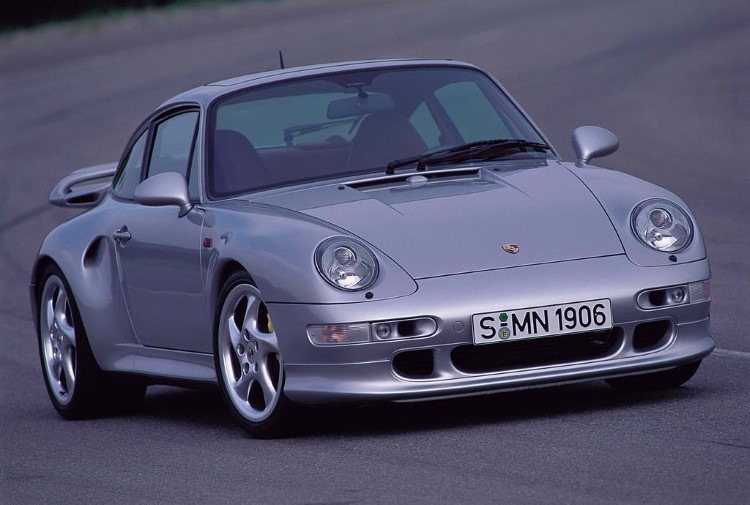 The third Porsche in a row is Tanya, a 1997 Porsche 911 Twin Turbo. Porsche stepped it up in ‘97 with this super-fast and super high performance vehicle that mixed the luxury and style of Porsche with the speed of light. This is one of the fastest cars Porsche has ever made. 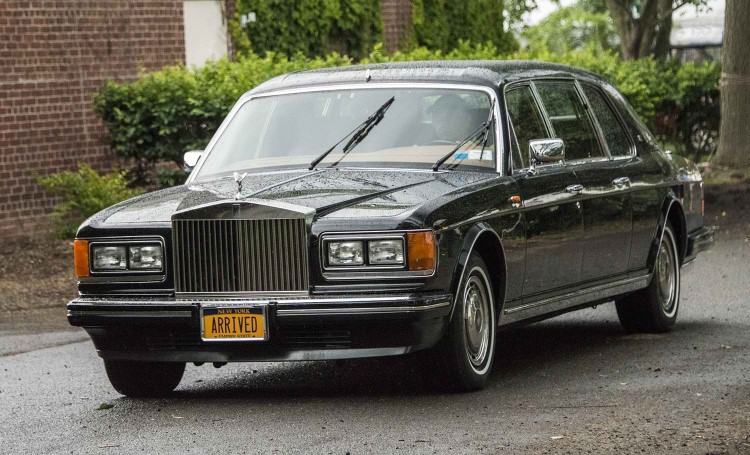 With a name like Grace, you think of very high style and very high sophistication, which is fitting for her since she is a 2000 Rolls Royce Park Ward Stretched Limousine. Nothing says style and elegance more than a Rolls Limo. 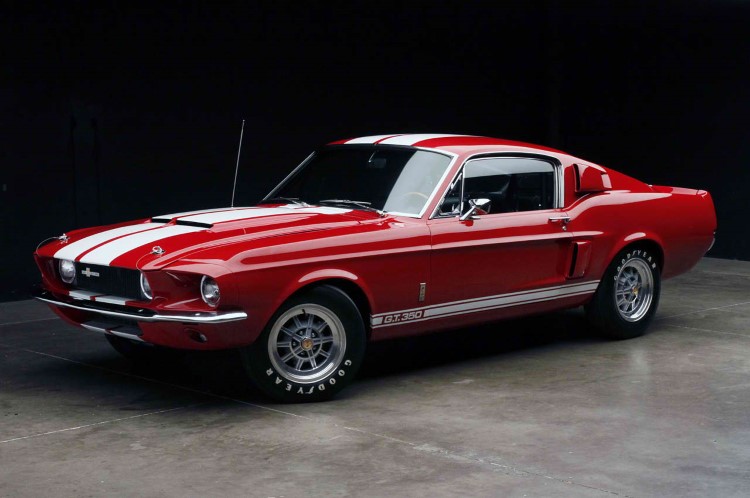 Finally, we reach the last car: the jewel of the Nile, the golden goose of cars: the 1967 Shelby Mustang GT500, or Eleanor. Eleanor is the elusive vehicle that has caused the main character problems throughout his life and this time he needs to get her and he needs to get her now. Eleanor is a thing of beauty and, partly thanks to the movie, one of the most sought-after cars of all time.