The Absolute Best Looking Cars Of The 90s

Everyone agrees that the ’90s were a golden age for car innovation.  New designs appeared left, right and center, many of which ended up being the backbone to many of the cars that were created in the new millennium which are still in strong demand today.

The E39 M5 the “attainable” dream car list of many people. Timelessly styled with remarkable performance resulting in a phenomenal user experience enabling it to be regarded as one of the best vehicles ever built by BMW. In a short cinematic film originally posted on Reddit, the platform is showcased for you to enjoy.

The sleekest body with a 5.0-liter V8 engine resulting in the generation of 400 hp. The E39 generation M5 was manufactured in three versions: the European LHD and RHD versions, and the North American specification version. The E39 M5 is perhaps the best M5 to have ever been manufactured. Combine the aforementioned facts with that added bonus of being a 4 door, having a Getrag 6 speed manual, as well as a rear wheel drive shaft, it’s safe to say that you’ll have a perfect car for all types of driving experiences, whether it be picking the kids up from school or driving on hard terrain. 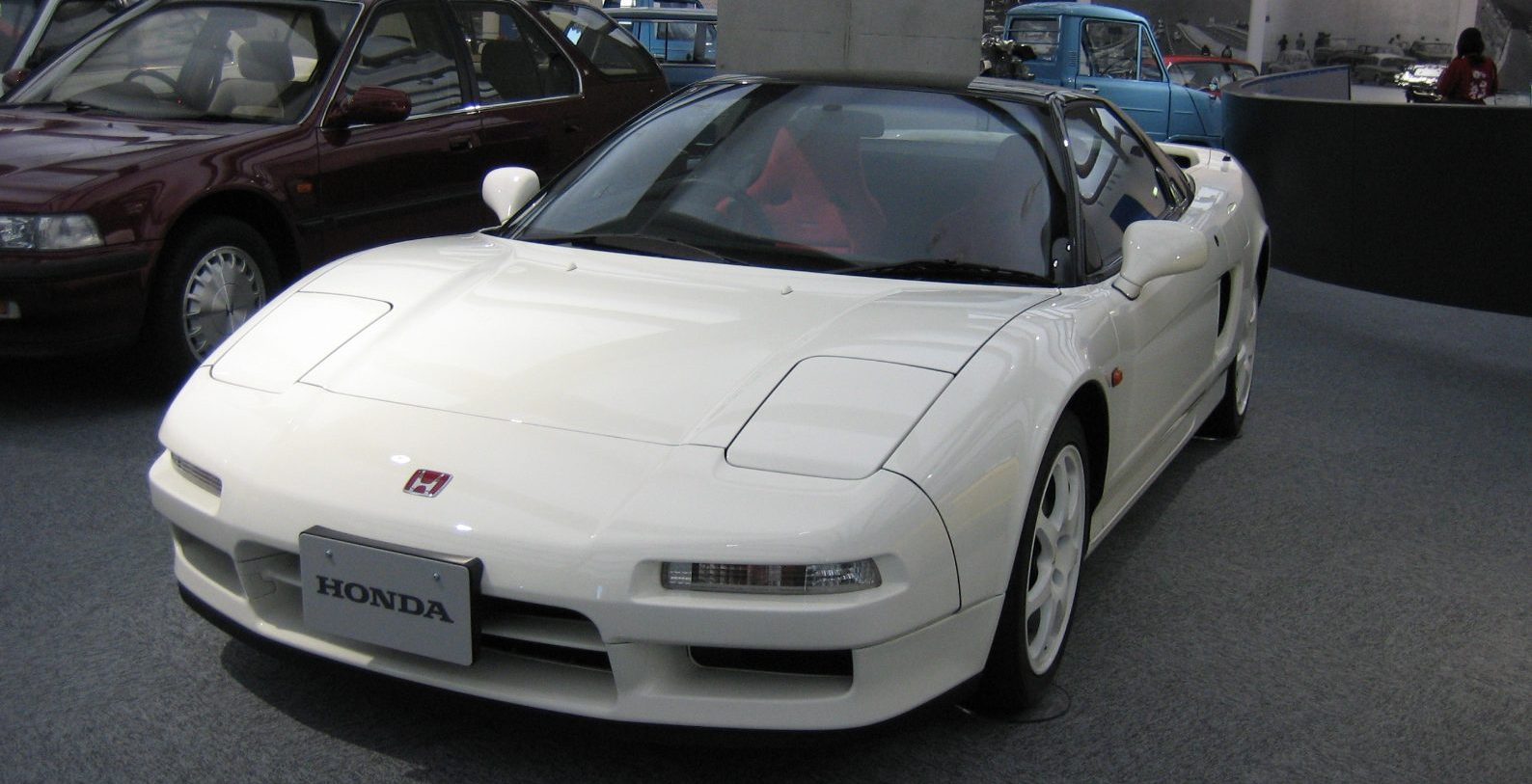 It’s a well-known fact that Japan always made an extraordinary sports car. The first popular examples that were really responsible for putting the Japanese on the map were the Datsun 240Z and Toyota Celica GT4. Later in 1990, Toyota launched another car in the market that ended up becoming a global success – this was the NSX (New Sportscar eXperimental). The Acura NSX is a 2-seater mid-engine sports car with the tag of Honda. Clearly, one of their most successful cars as it is still in production today. With a beautiful aluminum body and a 3.0-liter V6 engine that can hit the speed up to 191 mph, this car is both beautiful and useful.

The NSX was meant to be the ultimate competitor for the already successful and fairly traditional elite supercars, for example, Porsche, Ferrari, and ChevroletCorvette. The NSX was launched in 1989, officially went on sale in 1990 and won car the Car Of The Year Award in 1991 at the Chicago Auto Show as a prototype.

Ferrari’s ultra-exclusives style along with its F1-derived 513hp V12 engine bolted to a carbon monocoque chassis created a road version of formula 1 racing cars. Its aerodynamic efficiency makes it a high-speed car with 202mph. The F50 clearly inherited the F40’s embellished structure, with the headlamps above the bumper and the hood’s high raised edge. 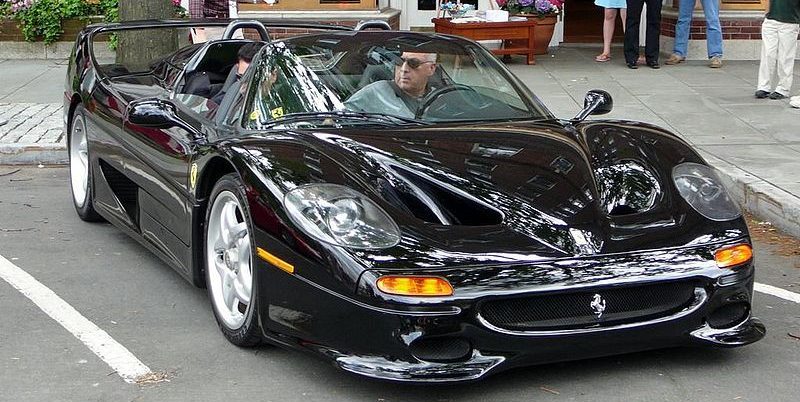 Some would argue that the performance of the F50 easily thrashed the hottest thing available from Lamborghini at that time, the Diablo VT. The carbon-fiber construction gives it it’s bunker-like rigidity, coupled with a similar front to the F40’s simple beautiful nose provides class and strength. 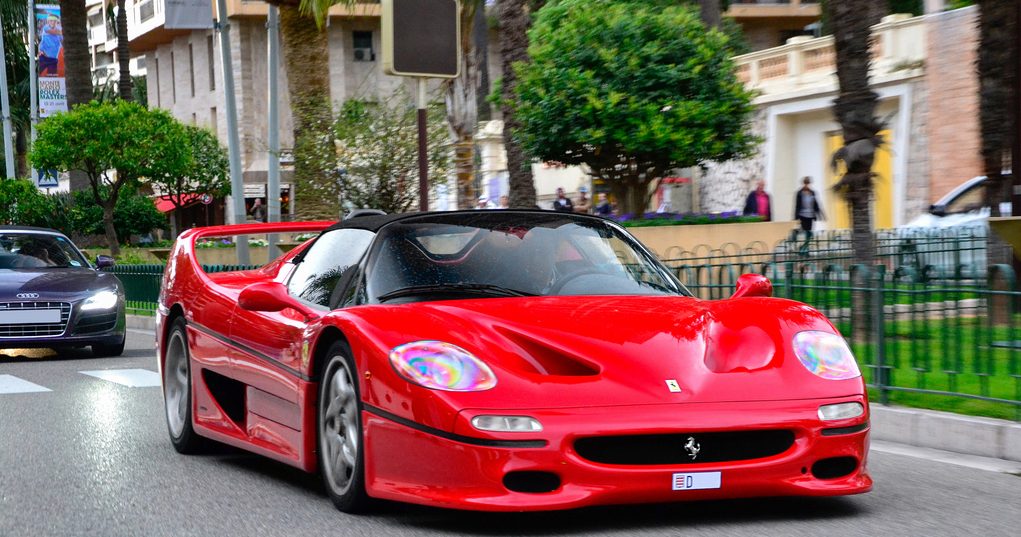 XJ220 is no doubt the coolest manufactured product by Jaguar and is a true classic. It’s a supercar styling, simplistic turbocharging, and pop-up head-lighted legendary car. Although it is quite massive, 197 inches from nose to tail and 87 inches wide, it still looks chic.

The Jaguar XJ220 was created by engineers and designers experimenting in an after-hours project. The team saw a little bit of a gap in-between the road-cars available at that time and what was being used in professional races. Hoping for the day where you could drive your Jag to the race track, compete in a professional race, win… and then drive home again.

A high-performance sports car with glamorous looks and swing-up doors, Lamborghini Diablo unarguably a dream car of every car enthusiast. It has been argued that the Diablo was the last truly authentic Lamborghini. This is because it was the last one that was developed before Audi purchased the Lamborghini brand and company and germanified it. launched in 1990 as the successor to the Countach, the Diablo remained in production throughout the 90s up until 2001. 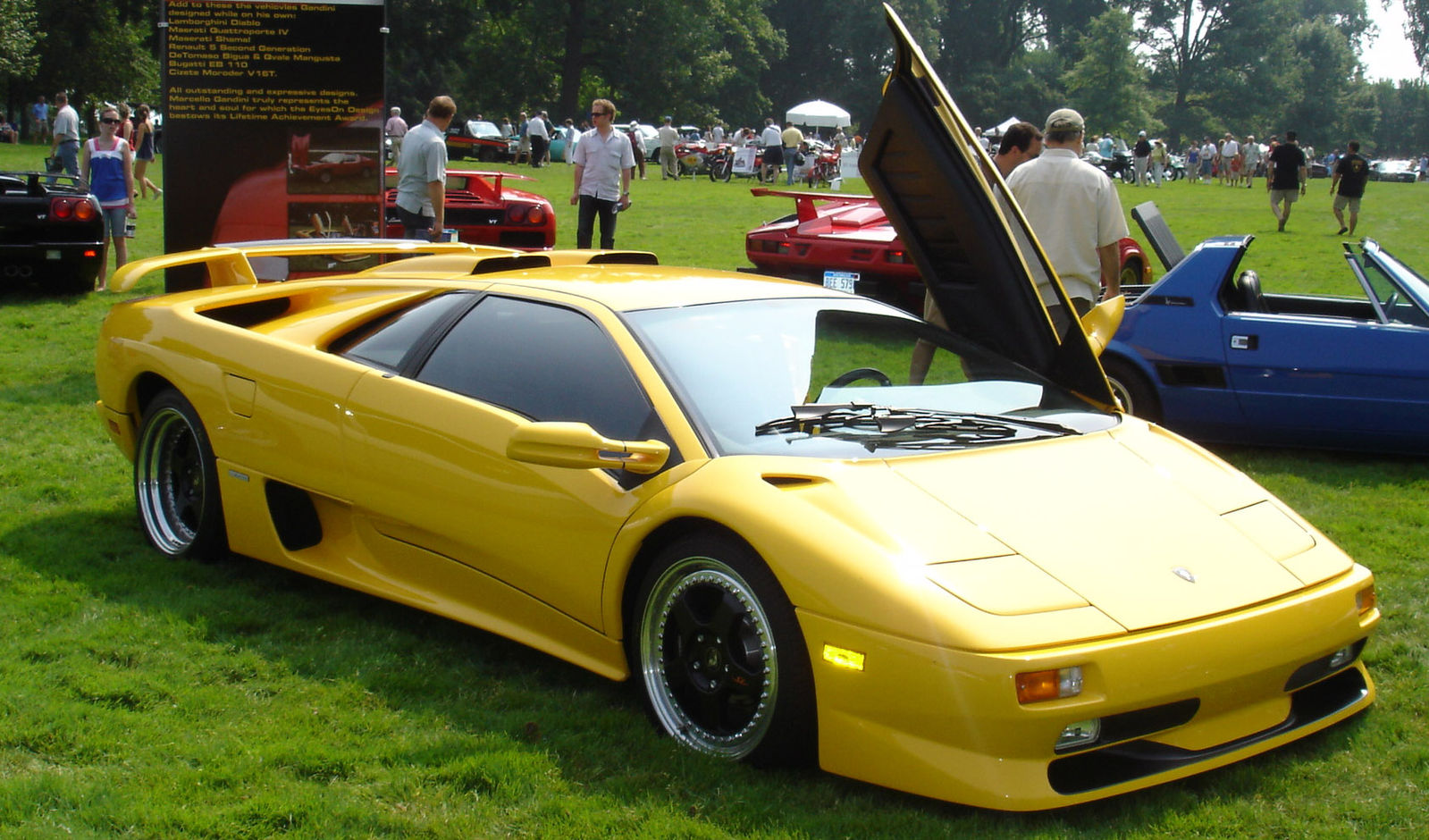 There were a few different versions to the Diablo which make sense as it was around for 11 years. Being around for so long gives creators the opportunity to experiment and make minor adjustments. However, these differences are so minute that most probably couldn’t tell.