The Car Scandal Of The Decade: Carlos Ghosn Effect

Carlos Ghosn, the former Chairman of Nissan Japan has been re-arrested under new allegations of aggravated breach of trust. Ghosn, the 64-year-old executive is known to be one of the most influential people in the automobile industry after being able to save Nissan from financial collapse.

Ghosn has initially been arrested two weeks earlier due to an internal investigation by Nissan that accuses him of under-reporting his compensation for years by at least $45 million. Even, after the second arrest, the former Nissan executive has remained silent about the issue.

Who is Carlos Ghosn? 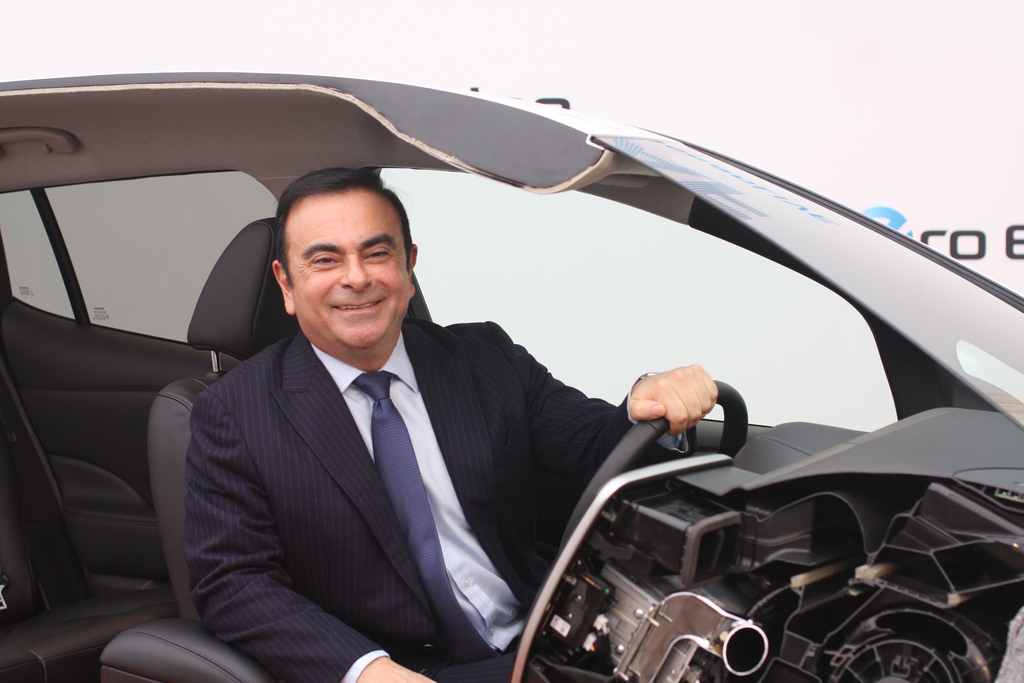 Carlos Ghosn was born in Brazil on March 9, 1964. He started work at Michelin in 1978, he climbed the ranks quickly and ended up managing the Michelin plant in France at the age of 26. He had been reporting directly to the CEO of the company; Francois Michelin during the time. Due to the struggle of the Michelin in Rio de Janeiro, he was asked to lead operations there. His work with one of the largest Tyre manufacturers in the world garnered him the nickname “Le Cost Killer” after turning around the operations in South America at the age of 30.

By 1996 Ghosn was appointed to be the executive vice president of the newly privatized company – Renault. During this time he was in charge of various departments including advanced research. With his radical ideas and experience under the tutelage of Francois Michelin himself, Ghosn was able to make Renault a profitable company by the year 1997.

He is responsible for the Renault-Nissan-Mitsubishi alliance in 1999 which employs over 400,000 people, running in 122 factories worldwide. This was the highlight of his career, he was able to save Nissan and Mitsubishi through the said partnerships.

In 2006, Ghosn was named “The hardest-working man in the brutally competitive global car business” by Forbes magazine as he splits work between two continents logging in about 150,000 flying miles annually.

The initial arrest happened on November 19, 2018, after Japanese prosecutors infiltrated Nissan headquarters earlier that day based on information provided by a whistleblower. Both Carlos Ghosn and Greg Kelly were detained.

According to the from Nissan Japan’s Hiroto Saikawa, there several “significant acts of financial misconduct” which includes under-reporting his salary from 2011 to 2015 and personally using company-owned funds and assets, as reported by the informant.

Nissan initially had speculations about the issue and since then the company has been silently investigating Ghosn and the Representative Director Greg Kelly for the aforementioned allegations. All evidence acquired and witness accounts were turned over to the local authorities.

On December 20, 2018, Ghosn, was re-arrested on allegations of another financial misconduct issue that is based on the suspicion of him using Nissan’s funds amounting to $16.6 million to compensate for the losses that he had incurred from failed trades in 2008.

The second arrest has extended Ghosn’s stay for until further notice from Tokyo courts. Based on Japanese law, before the case can be brought to the courts, the prosecutors must make an official charge. With the vague pretence of the arrest, it is not certain if Ghosn is indeed responsible for the allegations filed against him and until now, it remains unclear on how long he will be detained pending the legal process.

Both Nissan and Mitsubishi Japan have voted to remove Carlos Ghosn from his positions in their respective companies after the arrests.

Nissan has formed two committees after the incident; an advisory that will push through with finding a replacement for Ghosn and a review committee to monitor the governance of their executives as a whole.

Mitsubishi, on the other hand, has appointed Osamu Masuko as the interim chairman. Masuko made a statement at the Tokyo stock exchange after the first arrest saying that the decision made was agonizing on their end but the priority was to do what was best to protect the company and their employees.

Renault, the French carmaker, believes that Ghosn is innocent against these allegations and has not removed Ghosn from his position as CEO and chairman. However, while Ghosn is in custody, interim executives have taken over to perform his tasks.

After the arrest of one of the biggest executives in the world, shares from various of his companies have plummeted. According to reports, Nissan shares have fallen over 5%, whereas Mitsubishi has taken a 7% hit.

Renault was the most affected, falling over 12% right before the European markets closed. As the French state hold almost 15% of the company’s shares President Emmanuel Macron has said that France will be vigilant about the issue at hand.