The Top 10 Cars That Are Surprisingly Extremely Cheap

Have you ever asked yourself how much money does it take to live comfortably nowadays? That likely depends on where you live, how big your family is, and the kind of lifestyle to which you’re accustomed. In 2017, 75% of the Americans said that they can’t really save any money as they live paycheck to paycheck. Even for people making $100K or more, 1 in 10 still says they live paycheck to much higher paycheck.
So, what do you do if you still want to get a nice and safe car that you can rely on? Buy smarter by spending the same money—or less—than you’d spend on a brand-new economy car or a used luxury vehicle.

Everybody’s approach is different and that said, with some careful purchasing, a good pre-purchase observation, and an understanding of your make and model’s specific repair risks, most people will enjoy much more buying used luxury than a new economy vehicle.

With luxury cars, in particular, there are some compelling reasons to buy used over new. Luxury cars experience significantly greater depreciation than other types of cars, which makes them cheaper to buy used—as a percentage of their original purchase price—than economy cars or mid-priced family cars. Their high initial-purchase prices also mean that they’re often bought by older, wealthier adults, so they’re likely to be better maintained, often using premium or OEM parts, and have less mileage.

Toyota’s veteran of the midsize car class, the Camry, is fully redesigned for this year, and the changes are impressive. In fact, the Camry earned the honors of being the top-ranked midsize car of 2018. 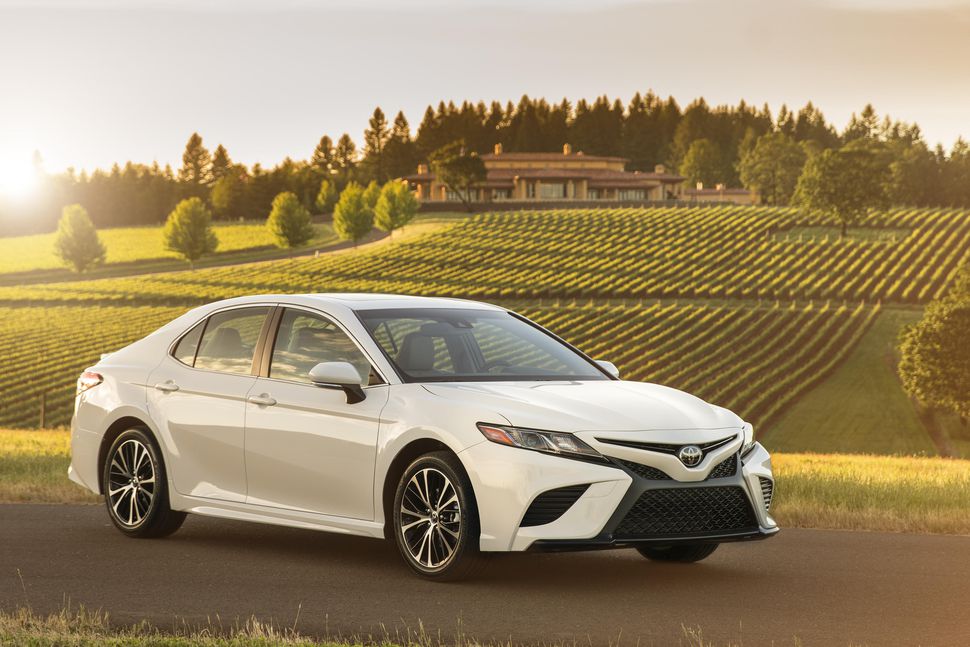 The Camry boasts top safety scores, good fuel economy, a comfortable cabin, and a composed driving experience. Standard features include an infotainment system with a 7-inch touchscreen and Toyota’s native smartphone integration system, which is easy to use. A rearview camera and the Toyota Safety Sense P bundle of high-tech driver assistance features is also included.