The Top 30 Sleeper Cars Ever

Sure there are the elite among us who can afford Ferraris, Lamborghinis, Porsches, and other super and hyper cars to scratch their speed itch. If you’re not a millionaire there are still plenty of options. BMW M3/M5, Subaru WRX, Chevy Camaro, Ford Mustang, VW GTI, Honda Civic Si – all fast cars that absolutely have the potential to net a lead-footed driver a couple citations.

But what if you’re not into the ostentatious displays of wealth, or maybe you don’t like to advertise what’s under the hood with a big wing, gaping grille, bright red badging, or racing stripes?

There are plenty of cars out there that push gobs of power, run a quick 0-60, and can blaze down a track or highway just fine without screaming “pull me over” to that highway patrol officer. Anything from a tuned V8 stuffed into a family sedan to Frankenstein monsters pieced slowly together in a dimly lit garage, sleeper cars offer some of the most fun and best bang for your performance buck.

When the focus isn’t on nameplates, brands, fancy paint jobs, or carbon fiber rims the options to get out and have some high-speed fun are almost limitless. Take a look at the top 30 sleeper cars, but keep in mind that with some hard work and imagination you can turn just about anything into a race car. 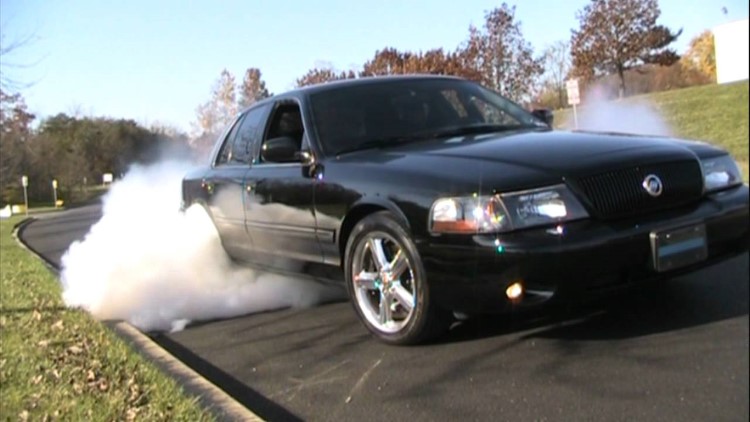 The identical twin to the eponymous police cruiser the Crown Vic, these 4-door, boring looking sedans were built on the panther platform that pushed out everything from the Grand Marquis to Lincoln Town cars. In 2003 however, they stuffed a 302 hp V8 under the hood and retuned the suspension, turning these guys into potent cruisers.