The True History of the Ford F Series Pickup

Born out of necessity and need for a light and capable work vehicle, pickups are the world’s most versatile vehicle class. It isn’t really clear who made the first pick up and when, but it must have been some form of an ordinary sedan with a truck bed in the back, built by somebody’s shop in the early 20th century. Even though we cannot determine who built the first pick up, we can definitely determine who perfected it, and America can be called the birthplace of the pickup class we all know and love. Simply, this was the perfect vehicle for the vast American countryside, very practical and durable. Since the early days of motoring, pickups have dominated the American roads and became one of the symbols of the country. Among the numerous models produced in this country, there is one name which has been a symbol of quality, versatility, and durability for almost 80 years and that is the Ford F-Series pickup truck. Produced in thirteen generations, tens of millions examples and hundreds of different variants, F-Series is the definitive US pickup truck. Over the years it evolved from a basic workhorse to a lifestyle truck and even a performance vehicle, but it still retained the title of the best-selling and one of the best US vehicles of all times. So, let’s see how the Ford F-Series has changed over time and how it has conquered America. 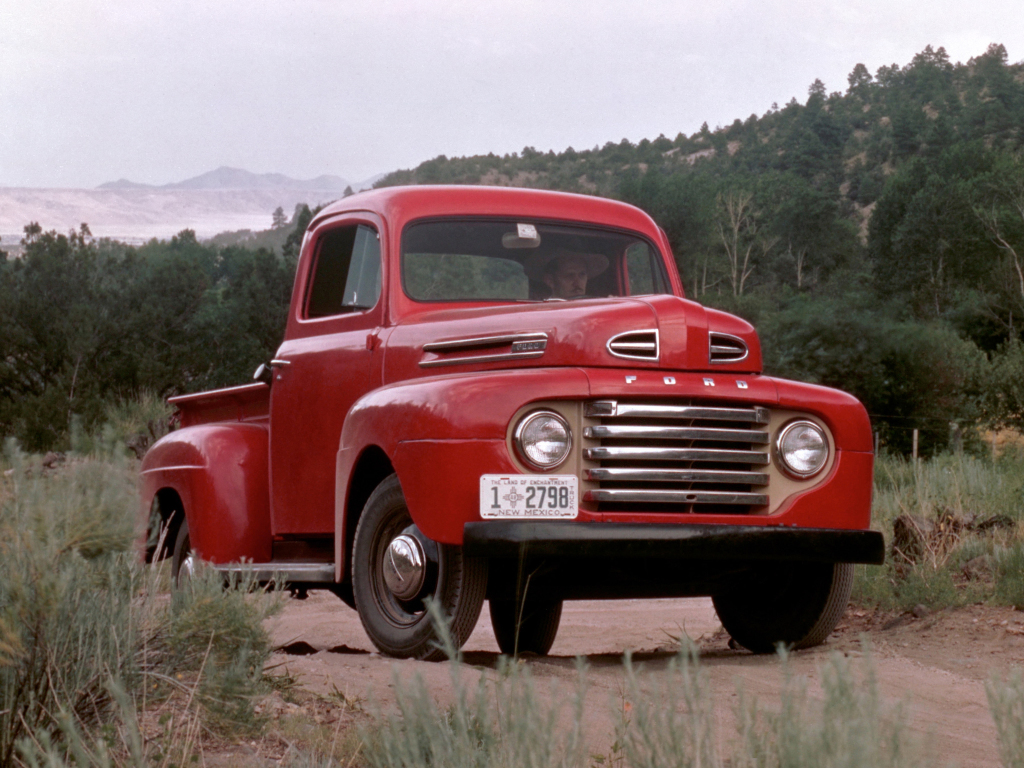 Coming out of the Second World War, America’s economy was booming and millions of workers across the country needed a work vehicle. Ford understood that and presented a fresh and new pickup in late 1947 in form of the Ford F-1. It was a newly designed vehicle with a wide choice of engines, chassis lengths, and body styles. Compared to other models on the market which only had a few options, Ford offered numerous alternatives to its customers. There were 7 engines and three transmissions to choose from, two body styles, two drivetrains including all-wheel drive option, and you could even get a naked chassis for commercial buyers. In a few words, F-1 had it all, and it soon became very successful and loved among the buyers all over America.