Toughest SUVs And Trucks of 2017

You probably know that modern-day SUVs evolved from rugged and basic off-road vehicles from the past. Everything started from Jeeps and Land Rovers which earned their living by serving in the war, crossing the deserts and exploring hard to reach places. Then somebody thought of putting nicer interior, cabin insulation, and softer suspension to make it better for normal driving, and the SUV market was born. People loved the idea of having tough and big off-road vehicle in their driveways, capable of doing anything, but they also liked that it drove like a regular sedan. Basically, they liked the image but didn`t like the rough nature of off road cars. Manufacturers gave the public exactly that, tough looking SUVs with a gentle driving characteristic which are only suited for mall parking lots or highway cruising. Somewhere along the way, the simple but effective body on frame construction was lost and SUVs continued to be built on unibody platforms which stripped them of their off-road ability. Most modern SUVs look like they could cross Sahara without any problems but in reality, they wouldn`t last 15 minutes in harsh desert driving conditions. However, for the fans of really capable and tough SUVs and truck models, there is still hope since manufacturers are still producing models that can go through hell and back and even look good doing it. We have compiled a list of 10 vehicles that are durable, tough, engineered to endure anything and still good looking for you to drive them anywhere. Here are 10 toughest SUVs and trucks of 2017. 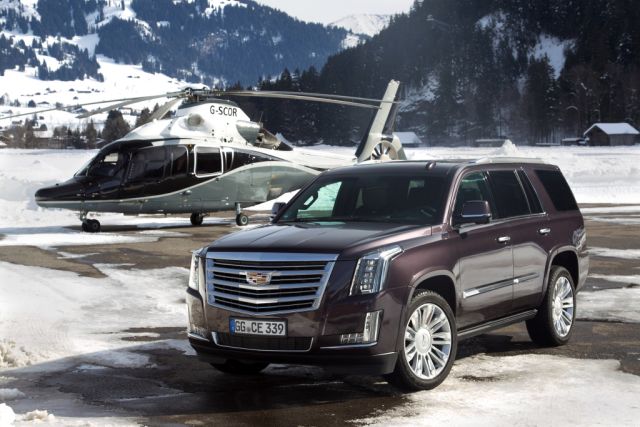 Despite the fact that it looks like a luxury suite on wheels and it is the size of an apartment block, this Cadillac is one tough SUV. The body on frame construction, heavy-duty suspension, powerful V8 engine with 420 hp and big tow rating makes this luxury model one very capable car. Of course, the off-road driving is not its strongest side since this is a big and heavy SUV but the Escalade will provide good protection and can endure a lot of punishment. This is why the Cadillac Escalade is often used as the basis for bulletproofing and part of the motorcades of politicians and VIPs.